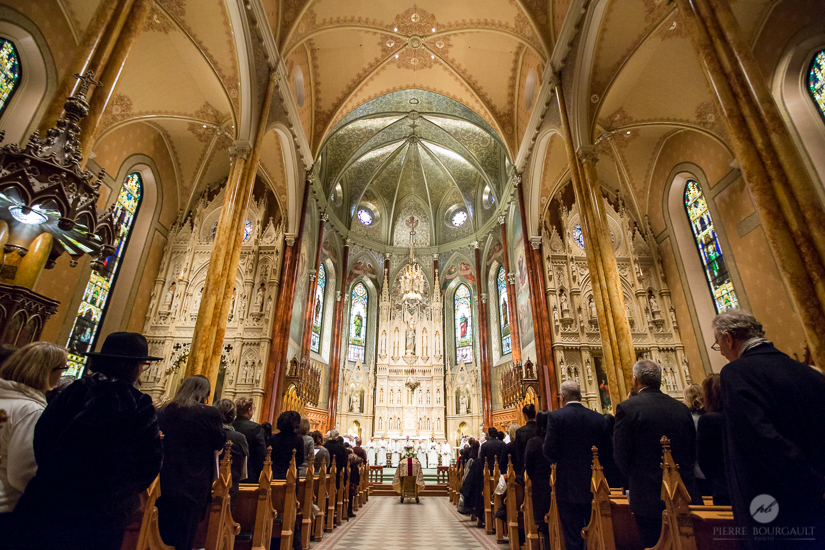 It is one thing about being the only photographer allowed free access to document a funeral.  It is another when it is the funeral fora great man of the people, a man who dedicated his life to helping street kids.   Father Emmett Johns, better known as Pops, founder of Dans La Rue, passed away in mid January.  His funeral was held on a sunny Saturday, January 27th.  I had the humble task of documenting the event.

Held at the beautiful St. Patrick’s Basilica in Montreal, you would think that the possibility of images are endless.  The architecture alone can keep a shutter bug occupied for hours on end.  But when you are working around people who are there to pay their respects, not getting in anyone’s way is of prime importance.  You really need to be a fly on the wall as you don’t want to be the reason someone falls out of prayer or out of thought because they heard your camera or you accidentally bumped into them.  So your shooting angles are somewhat cut, but on the flip side, you need to cover every angle and get every shot, as they won’t happen again. 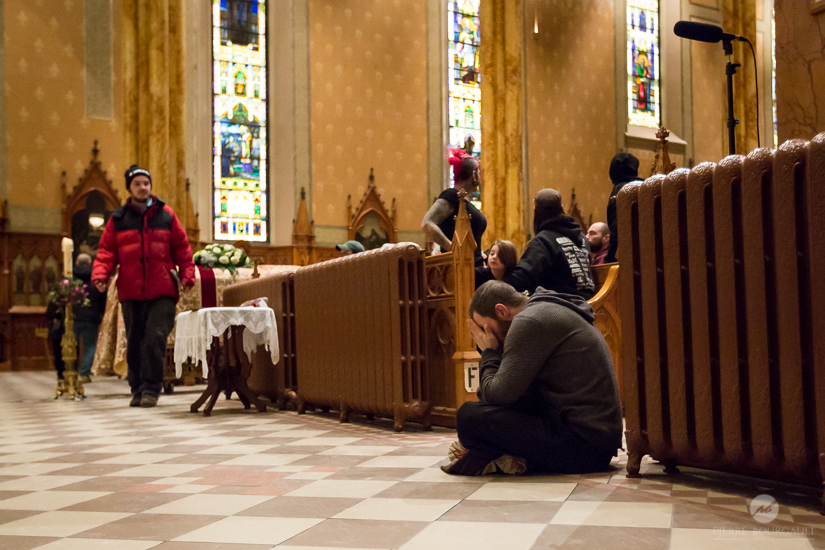 Arriving early and chatting with the organizers is key to getting prepared.  Having a timeline of what is going to happen in your pocket (or on your phone).  But you need to be ready for anything.  As an example, the original plan was for the Archbishop of Montreal, Christian Lépine, to make his entrance from the middle of the church.  He ended up entering from the front and I couldn’t miss the shot.  Being ready and being watchful are so important.  Seeing the first few enter ahead of the Archbishop, I quickly and quietly made my way closer to the front alley.

I have covered big funerals before.  Notably the one for Cardinal Jean-Claude Turcotte a few years ago (where I was working with Tim Snow, who was also originally contracted for Pop’s funeral but he fell ill a day before).  This one was a bit different.  The front seats of the church were kept clear to allow the people that worked and were helped by Father Emmett Johns to be as close as possible.  Dignitaries (which included the mayor of Montreal, a few ex-mayors, some ministers and a few other high profile people) were asked to sit behind them.  A great tribute to a man who helped so many. 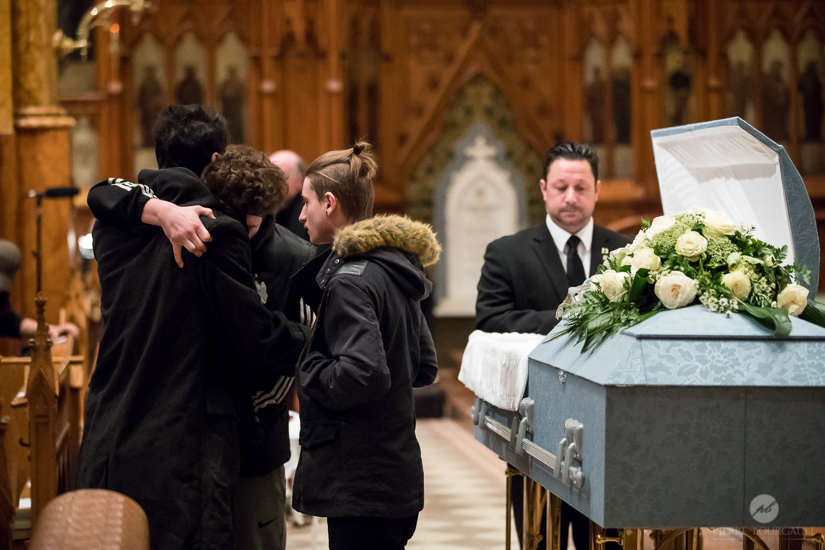 You have to have the gear ready on you.  Working with 2 cameras is key as you often don’t have those extra 10-15 seconds to change a lens.  Nor do you have time to head back to your bag to grab extra batteries or a new memory card.  I carried on me 2 cameras, mounted with a 24-70 and a 70-200 lens.  I also had in my bag a 16-35, as well as extra batteries and memory cards.  And even though flash is not permitted during the ceremony, I had one on me just in case there was a need for other photos pre or post funeral.

All in all, it was an emotional moment for me.  I had the pleasure of meeting Pops on a few occasions and he was always welcoming, firm handshake and a great smile.  And having part of the Montreal Symphony Orchestra there to play some music was so fitting. 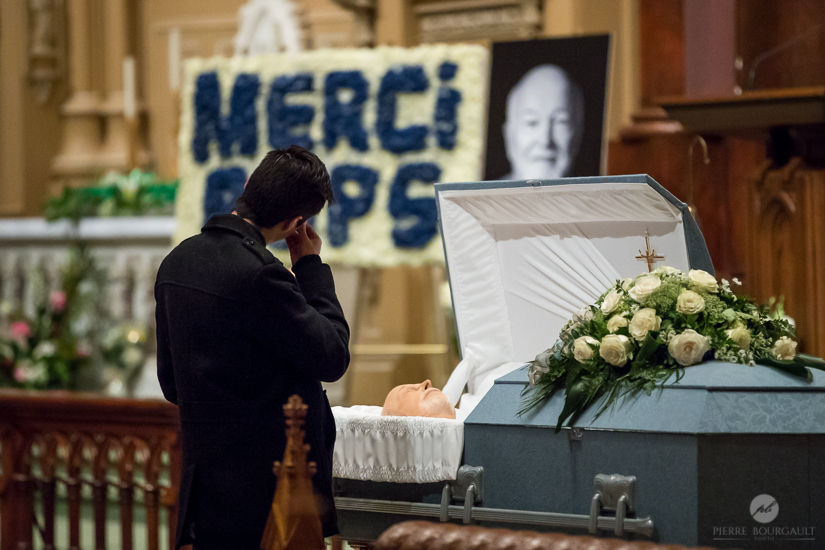 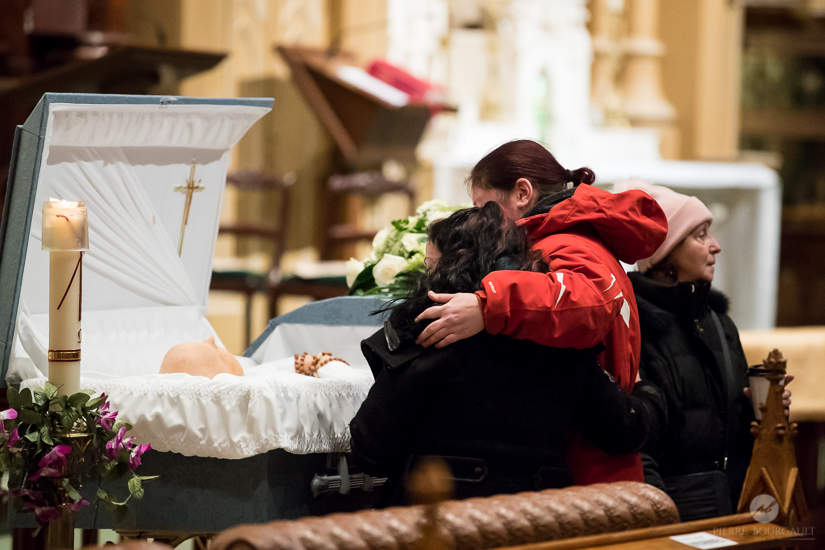 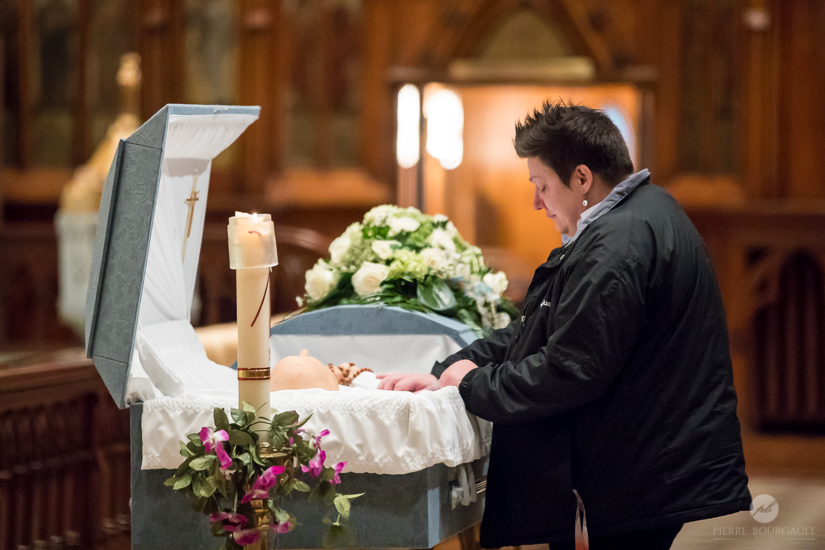 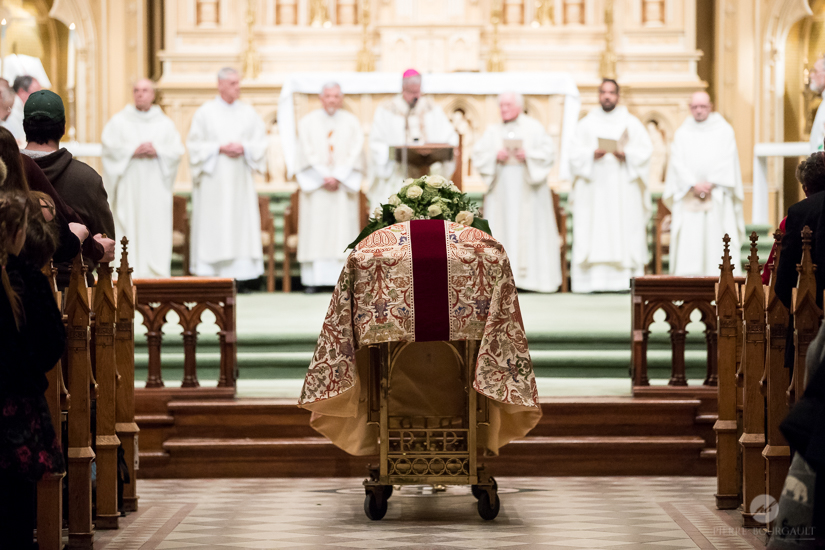 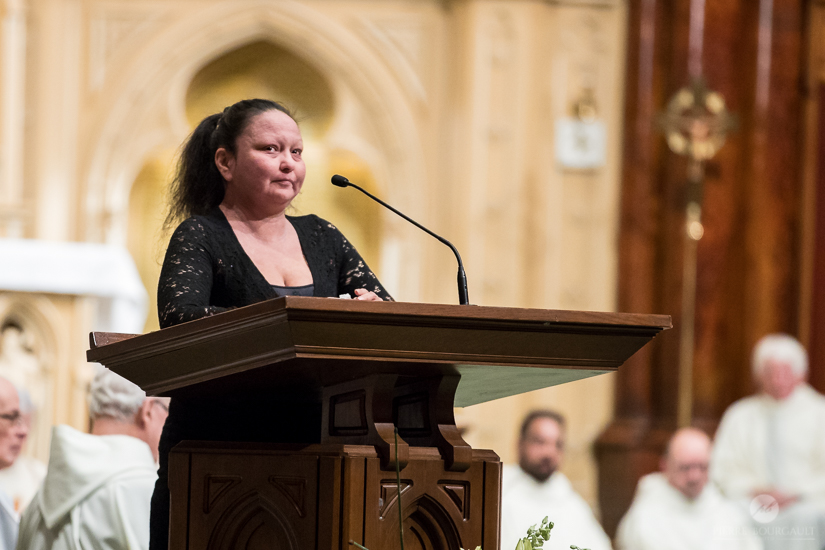 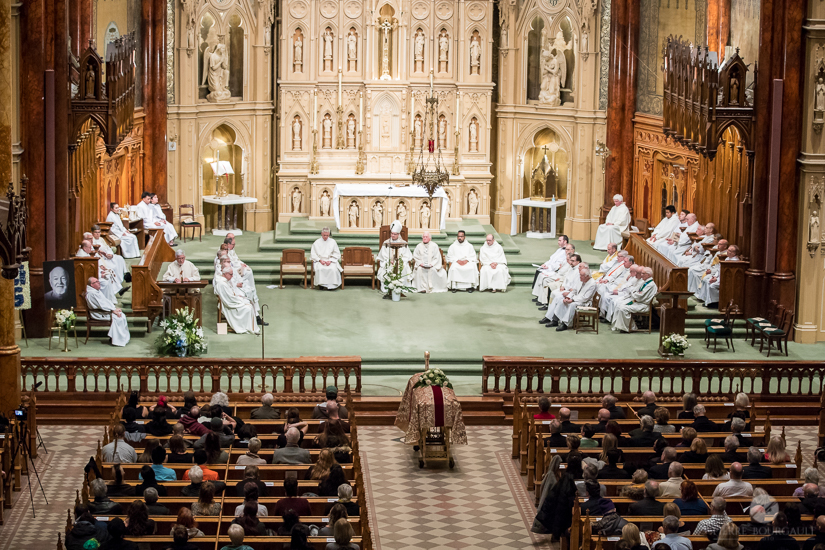 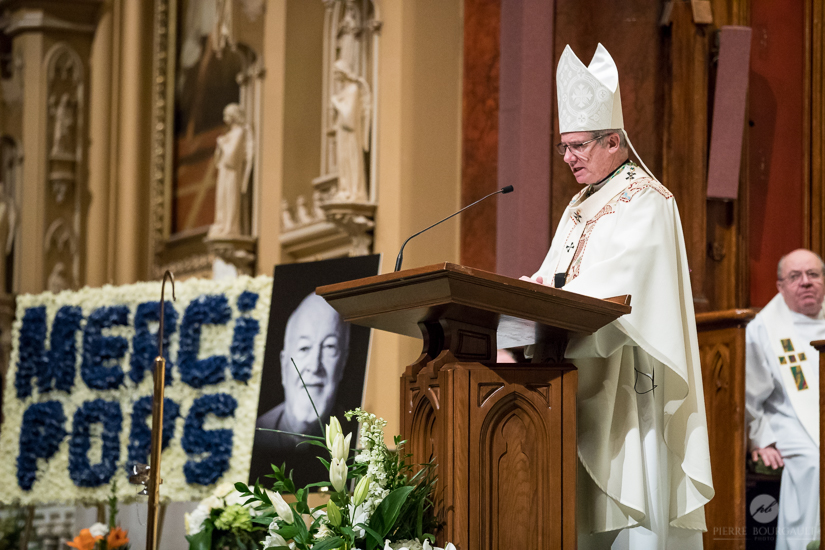 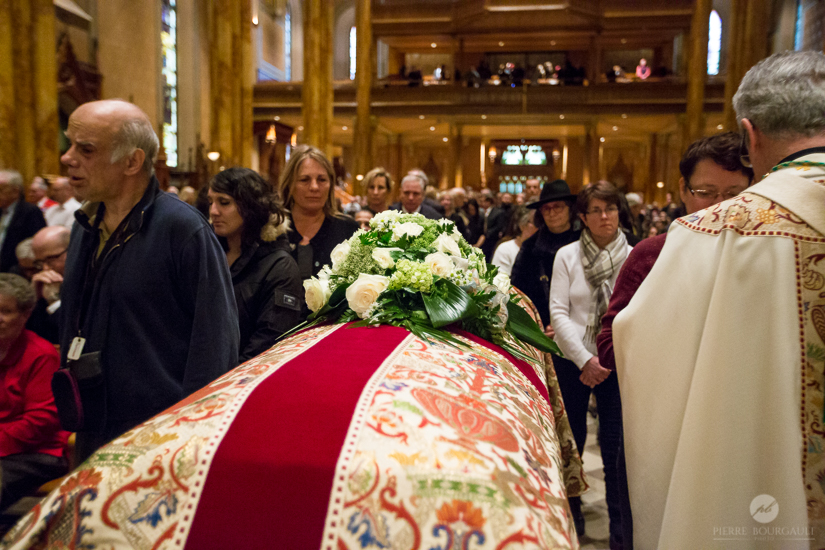 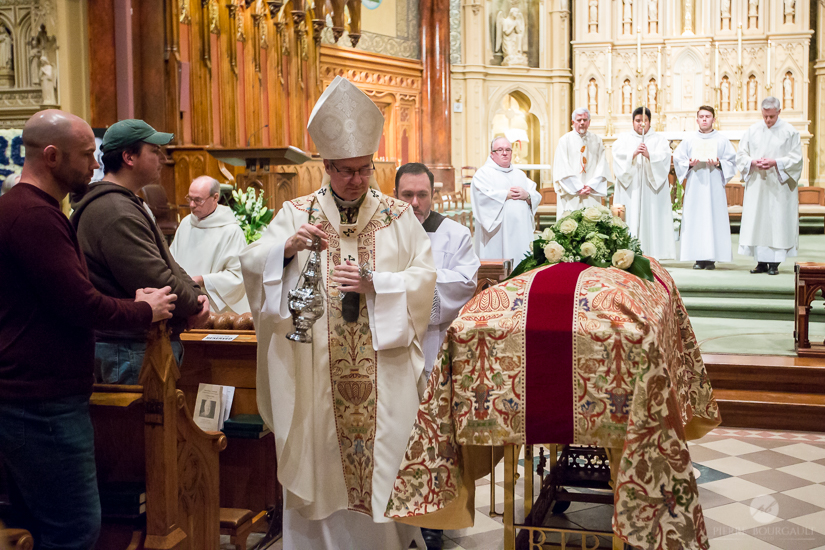 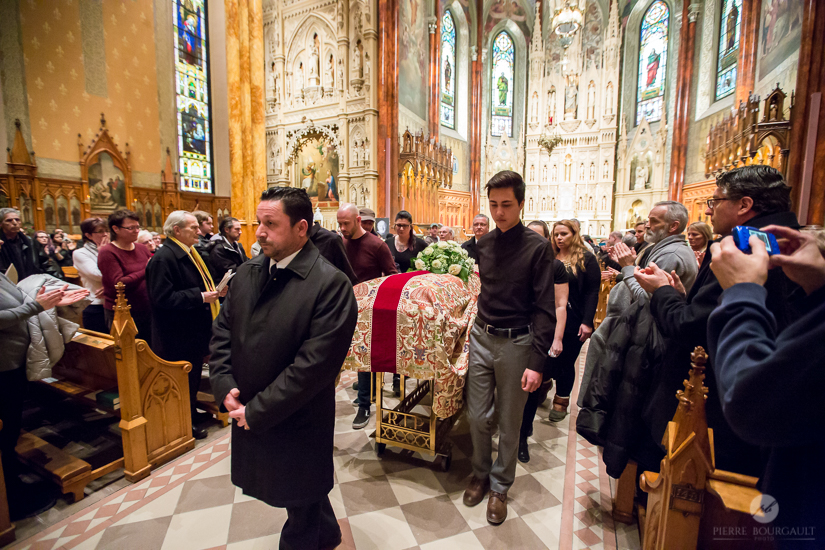 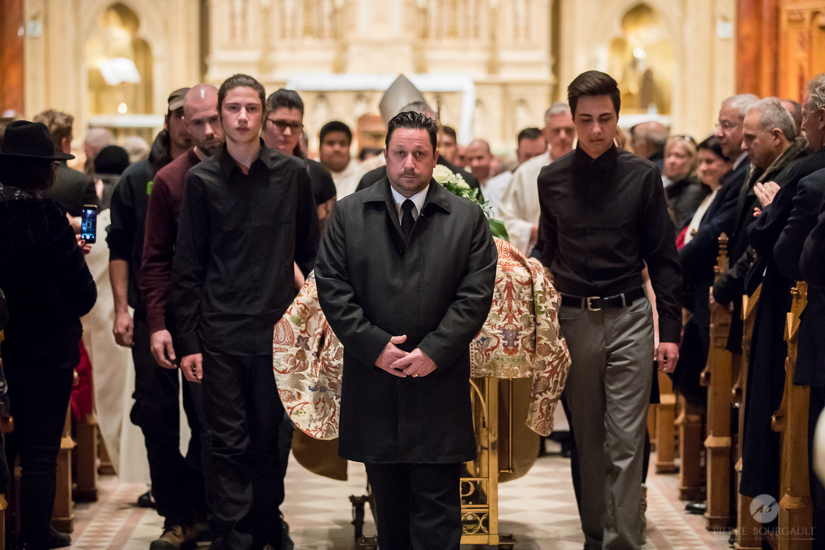 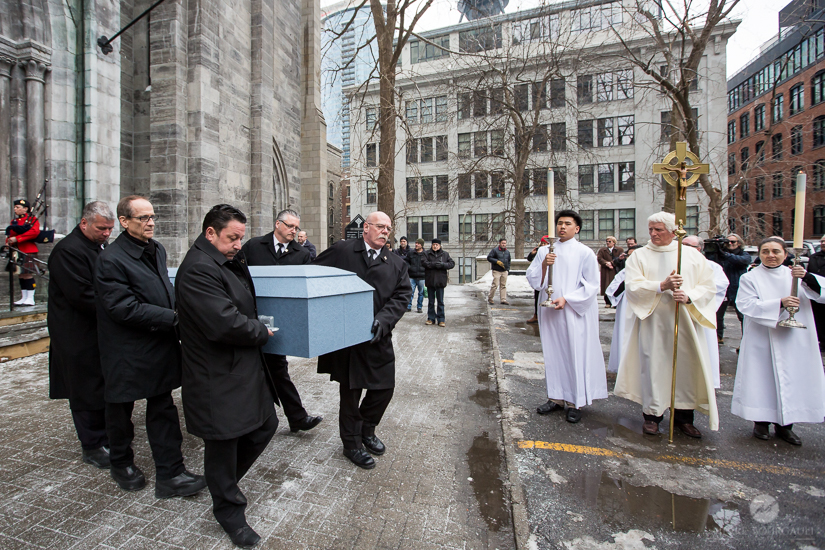