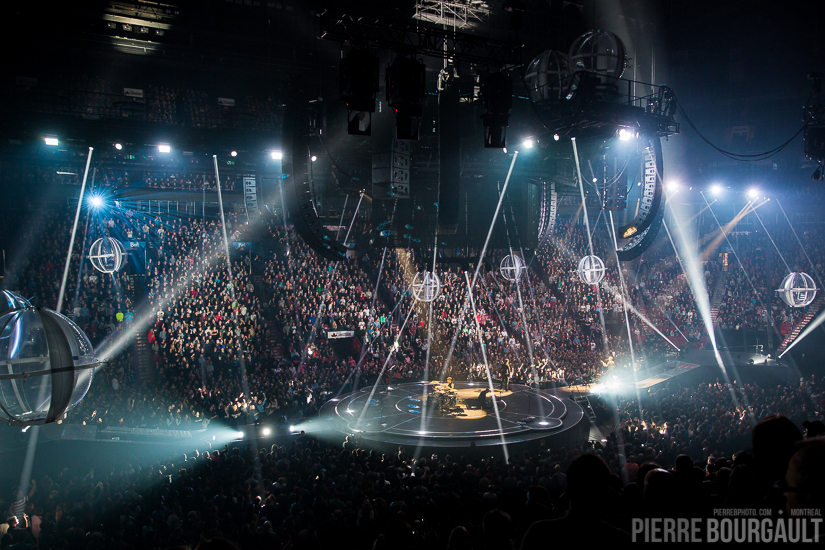 The critics seem pretty unanimous, Muse and their current tour – in support of their latest album Drones – is one of the better concerts they have seen in recent years.  The band’s repertoire lends really well to live shows, and add to it the magic that local company Moment Factory adds in terms of lights and visuals, you can pretty intense live act.  Flying projection drones in bubbles, lights all around the arena, multiple mics placed around the stage to allow the band members to continuously move, all was set for a great night.

As the stage is right in the middle of the arena, there is no photo pit.  Photographers were placed at street level around the arena (see photo below, circled are a few pros at work 🙂 ), so a long lens is a must.   How long depends on you.  My close up shots were done with a 300 f/2.8 that had a x1.4 teleconverter… so an effective range of 420mm.  Great for close ups, but I always prefer getting more of the stage and action.  I also used a 70-200mm and a 24-70mm.  Even wider would of been nicer to capture the essence of the visuals at specific times, as Muse seems to love the full live show experience. 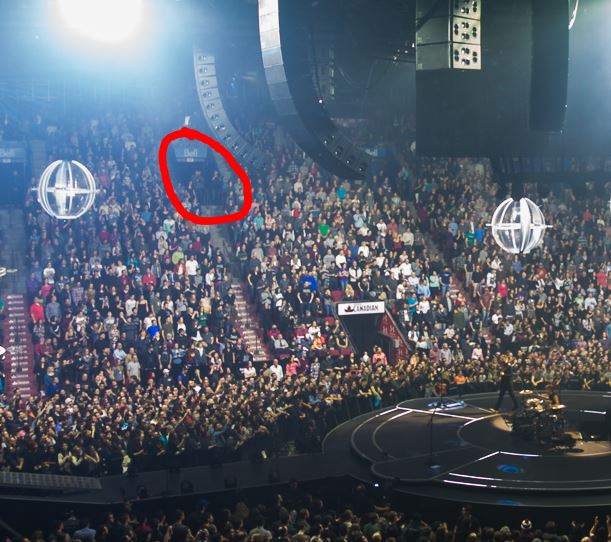 Lights were contrasty, bright in spots and dark in others.  Settings ranged from ISO 1600, f/4 (yay for teleconverters haha) and a shutter that bounced from 1/80 up to 1/320.  You pretty much jump all over the place, dealing with intimate lower light and a second later, huge blasts that illuminate the entire arena.  A fun challenge that keeps you on your toes.

I was covering the first of two nights of Muse in Montreal for CHOM 97.7, and you can see a full gallery up on their site (26 images!) riiiiiight HERE .  Below are a handful of my favorite images and a few exclusives 🙂 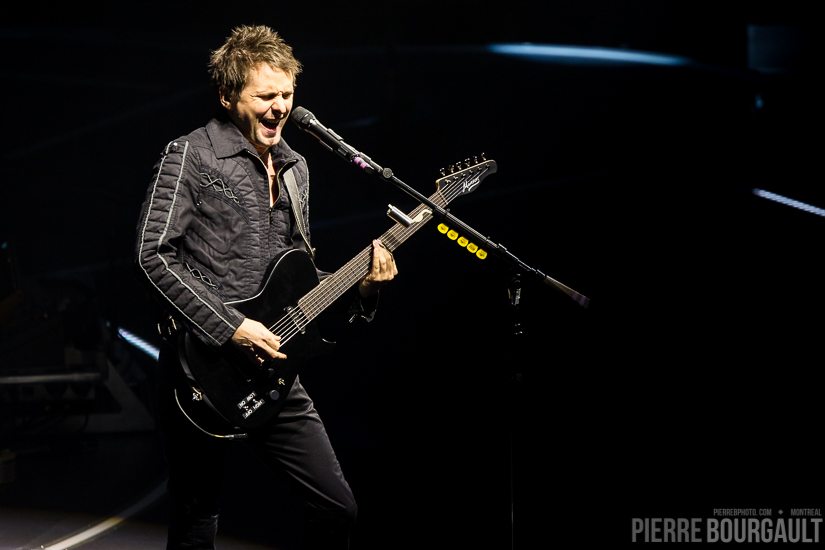 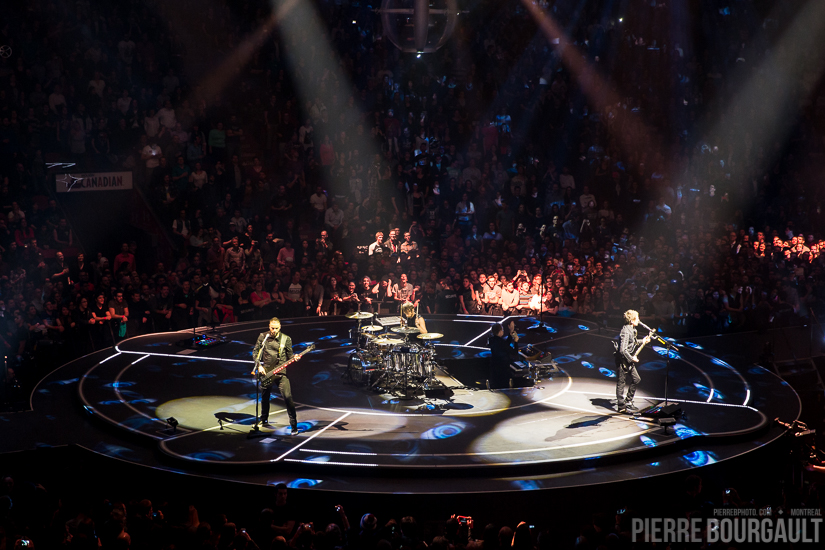 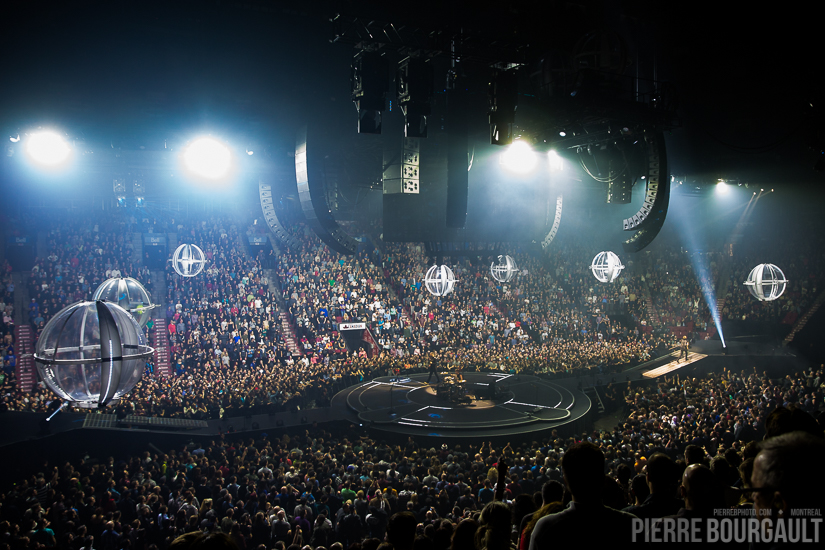 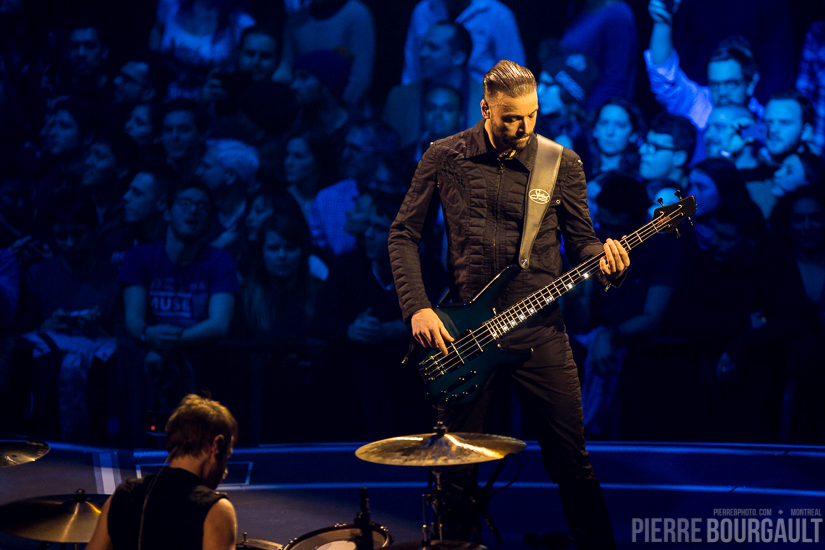 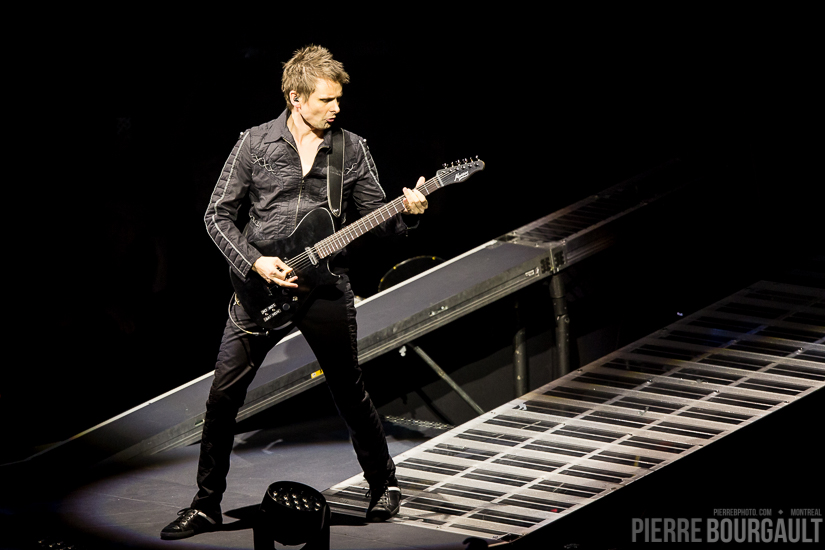 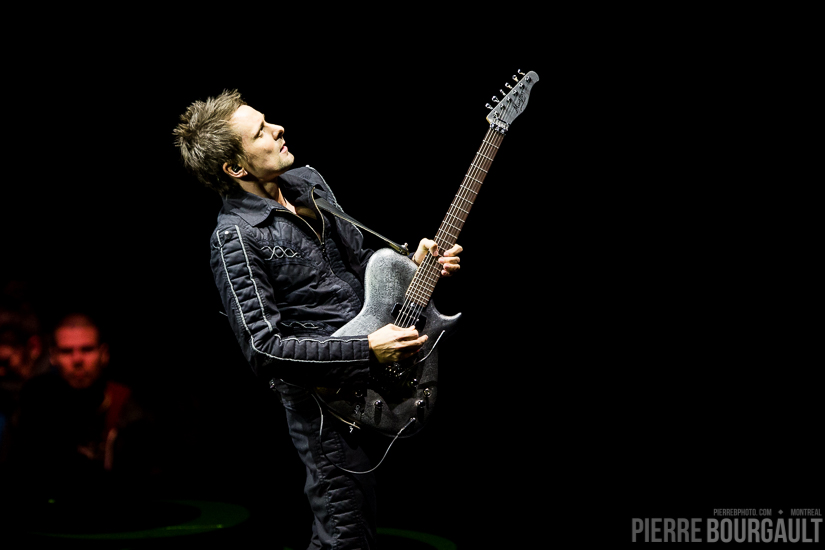 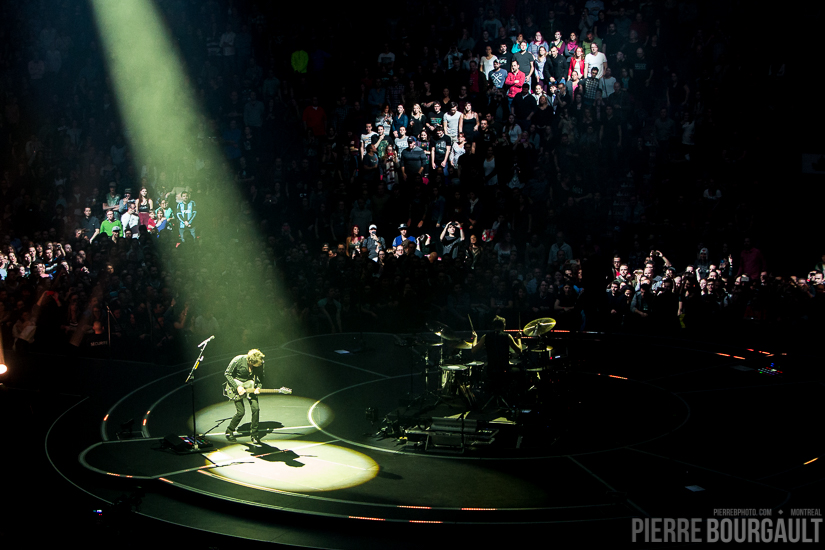 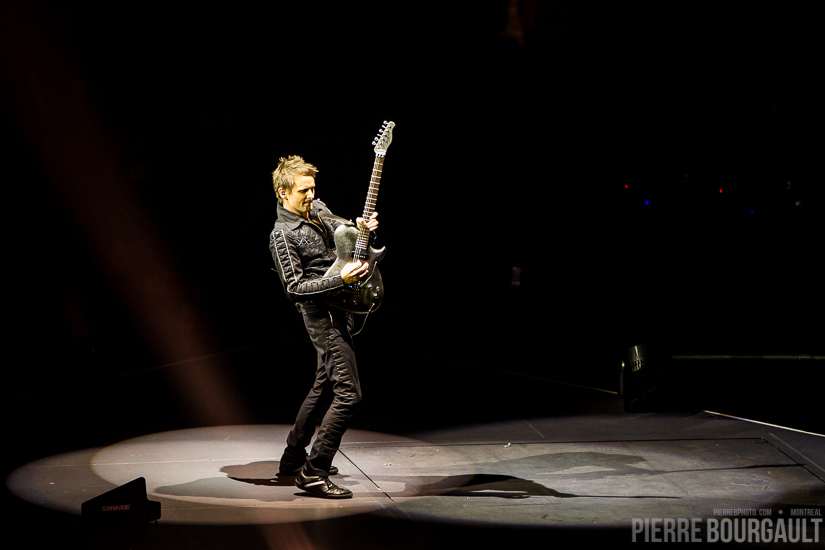 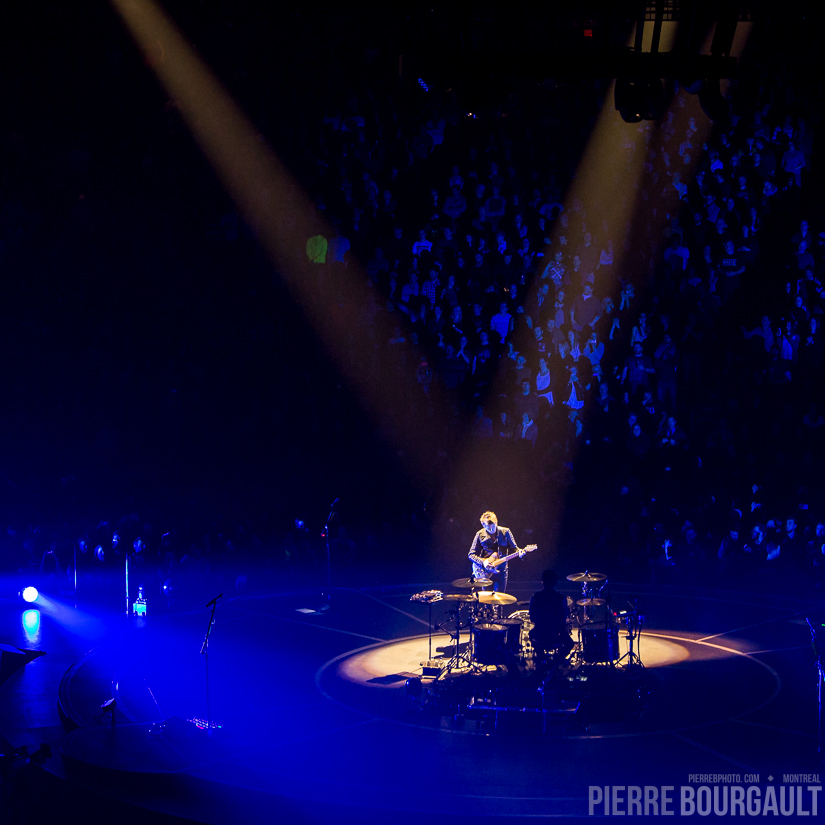 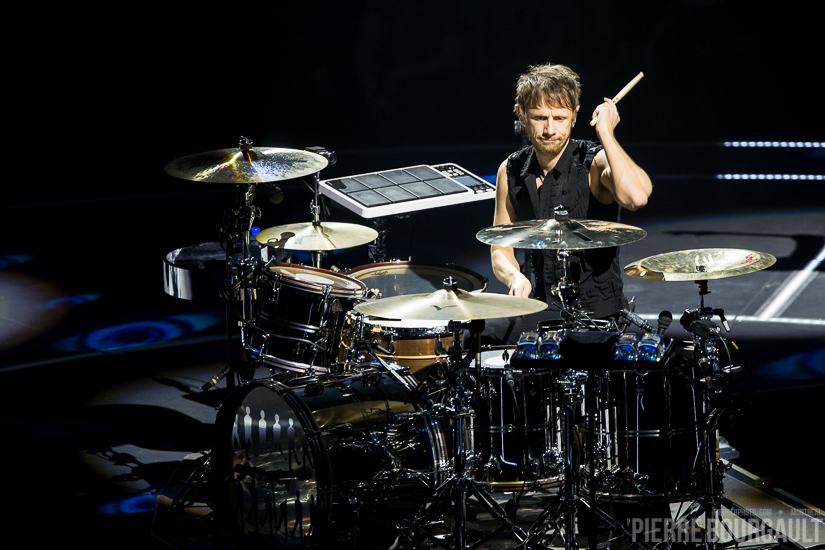 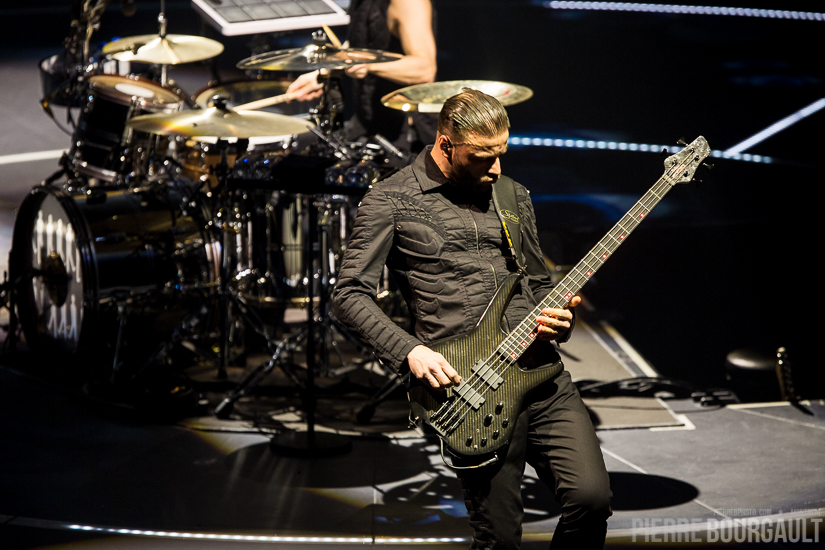 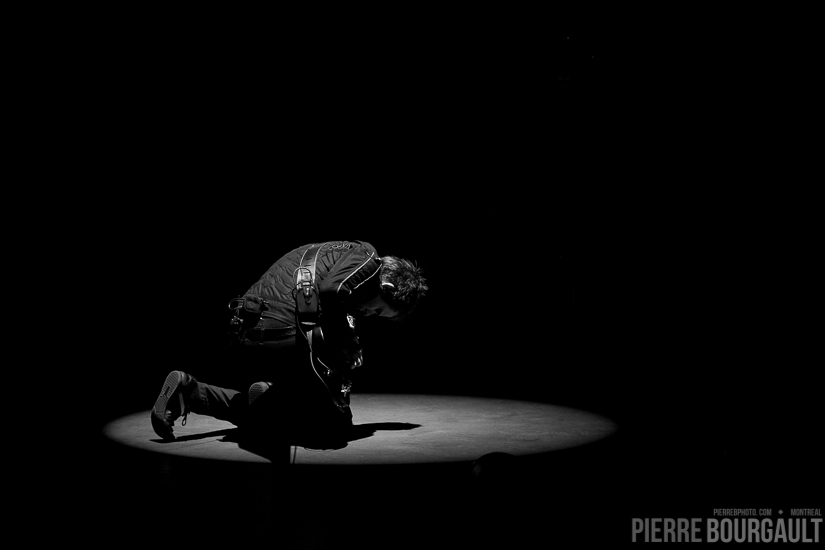 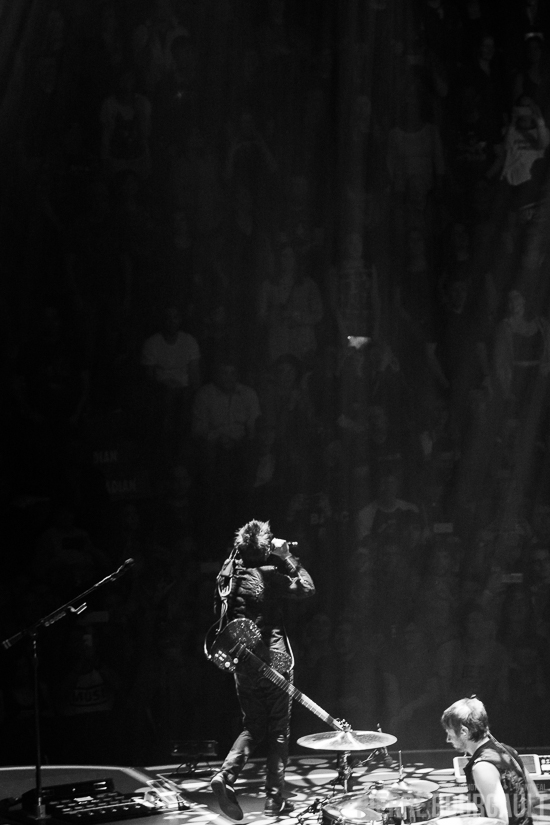 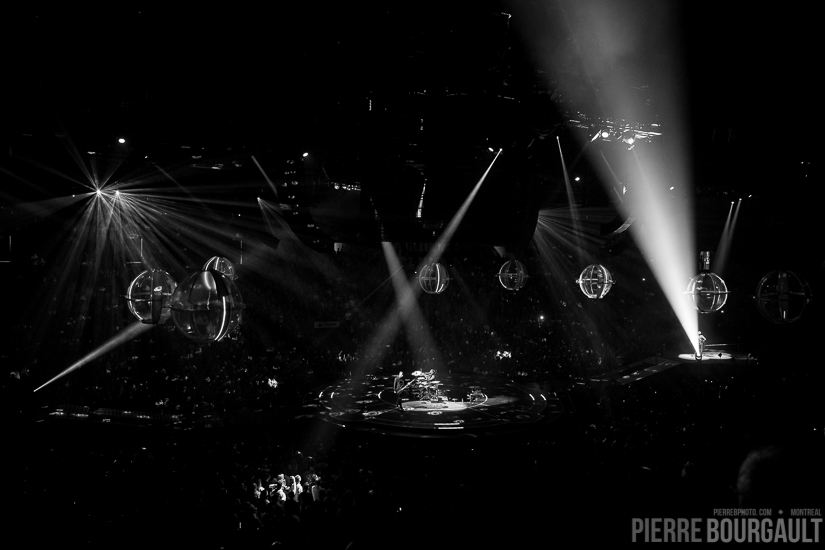 **Do not reuse images without prior permission.  If you do, I guaranty evil gnomes will haunt your sock drawer