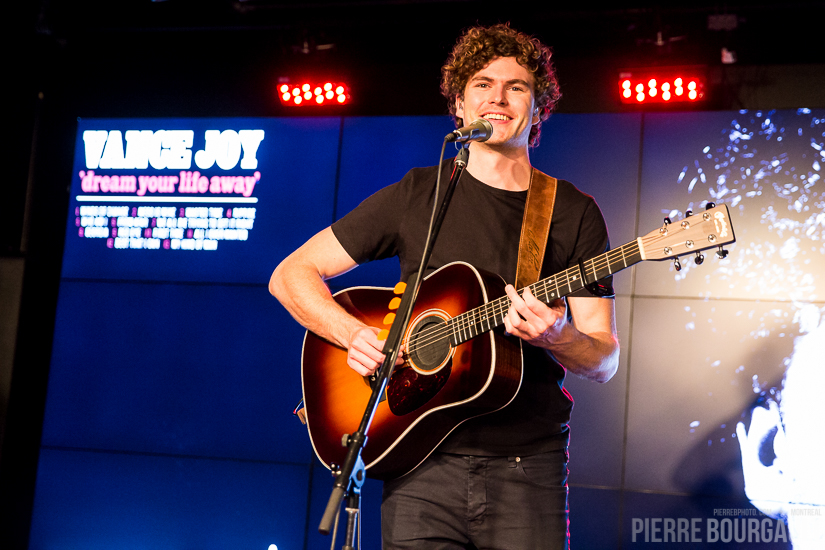 Humble, somewhat shy, big smile and a killer, honest voice.  That pretty much sums up Vance Joy for me.

It is pretty cool to see the career of an artist develop over just a few years and how talent, and being at the right place, can catapult someone to stardom.  I missed Vance’s 3 sold out shows at Montreal’s Metropolis last week (yes 3, that’s 2,000+ a night), but I had the pleasure of photographing his private show last night at Virgin Radio’s Red Room, where he played a few songs in front of some VIPs and contest winners.

This was my 4th time covering one of his sets.  The first being back in March 2014 when he opened for Young The Giant at the same Metropolis back in early 2014 he sold out multiple nights.  A few months later, he drew the biggest crowd at the stage I was in charge of at Osheaga, people packed all the way back to the next stage to see the Australian on stage.  Then a few months after (that’s 3 times in 2014), he headlined a show at the Metropolis. It was pretty obvious that Montreal loves Vance Joy.  And then his career really took off when he opened for Taylor Swift on her 2015 tour…. to the point where he is in pretty high demand and has his legions of fans.

But his presence on stage is still pretty much the same.  His attitude is very down to earth as well.

Virgin’s Red Room is in their studios and can hold approx 100 people.  So it is pretty intimate and a treat to see an artist there.  However, photography wise, the stage is simple and the lights are pretty static.  And when the place gets packed, moving around is pretty hard to do.  On the flip side, it is only a foot or two high and you have great artist proximity.  And thankfully all the fans who end up coming to the Red Room are always happy to let your through with a smile.  And that is pretty much how you want things to be in a small, intimate show.

You can check out the full gallery of images up on Virgin’s Facebook, but here are some selects and a few exclusives. 🙂 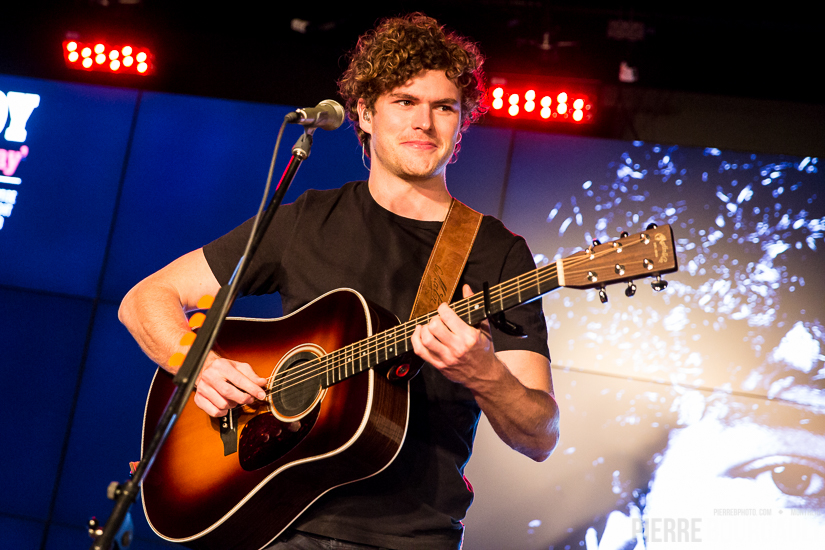 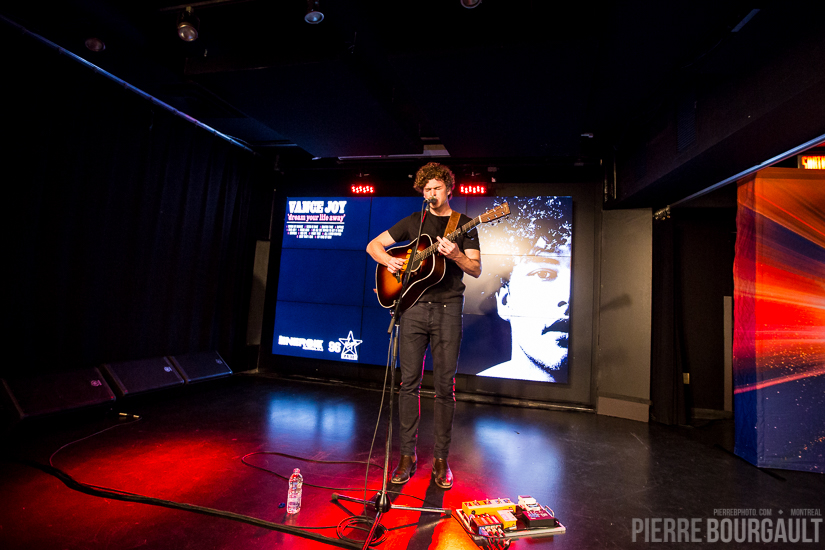 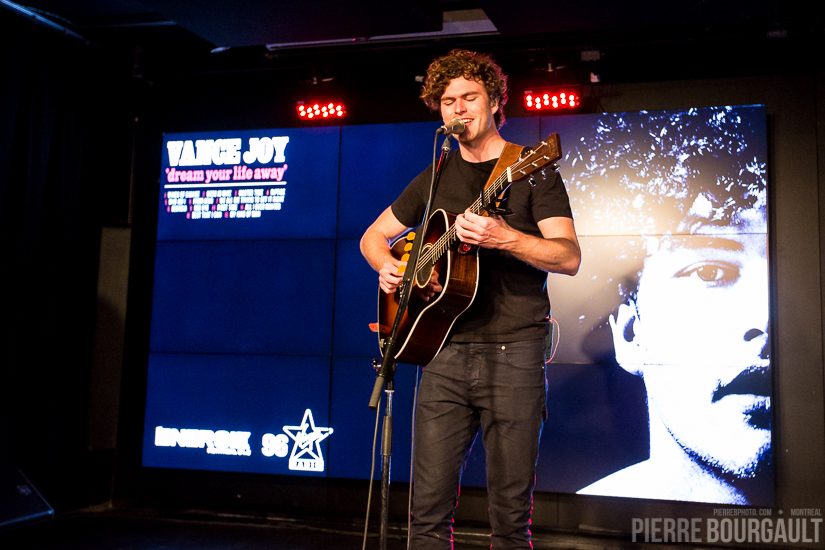 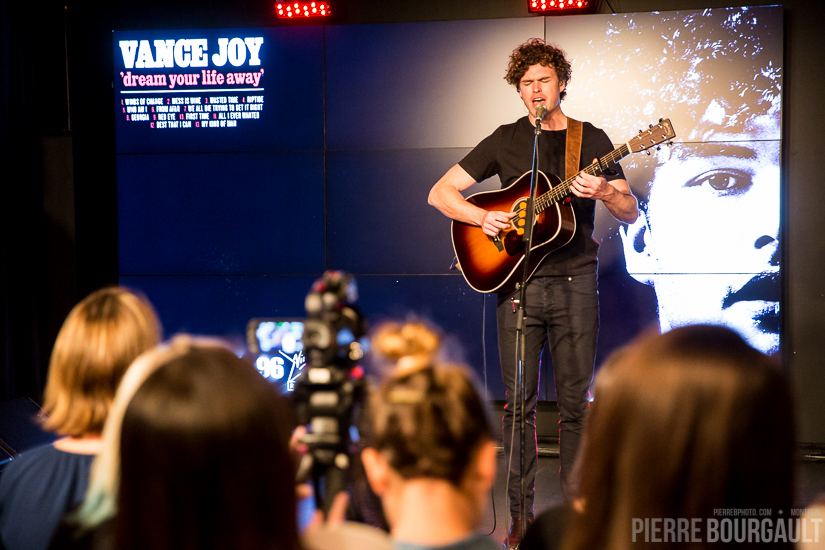 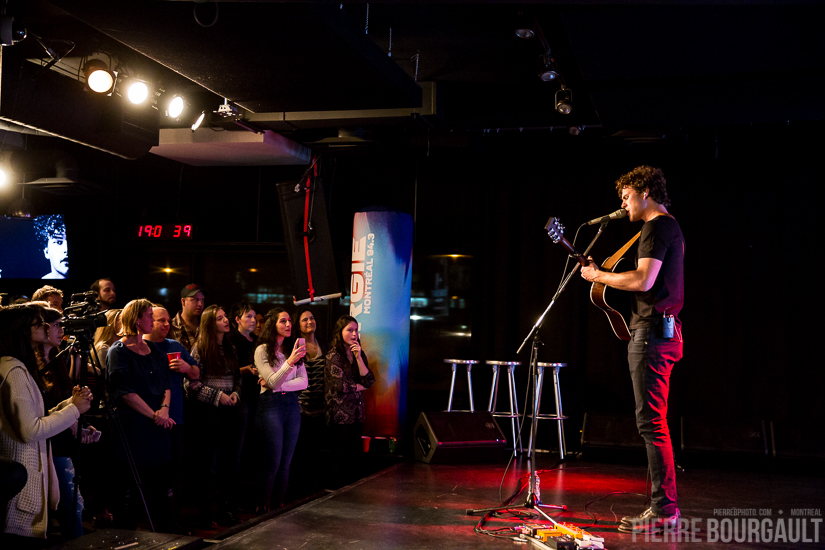 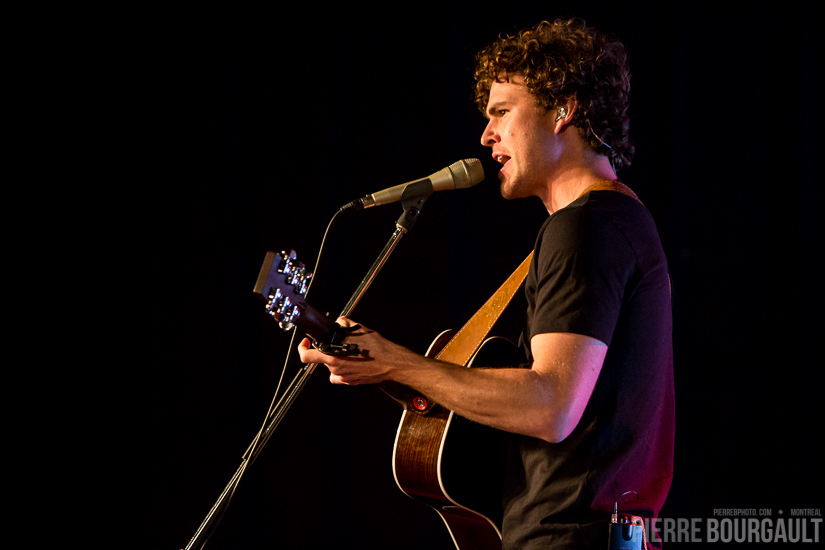 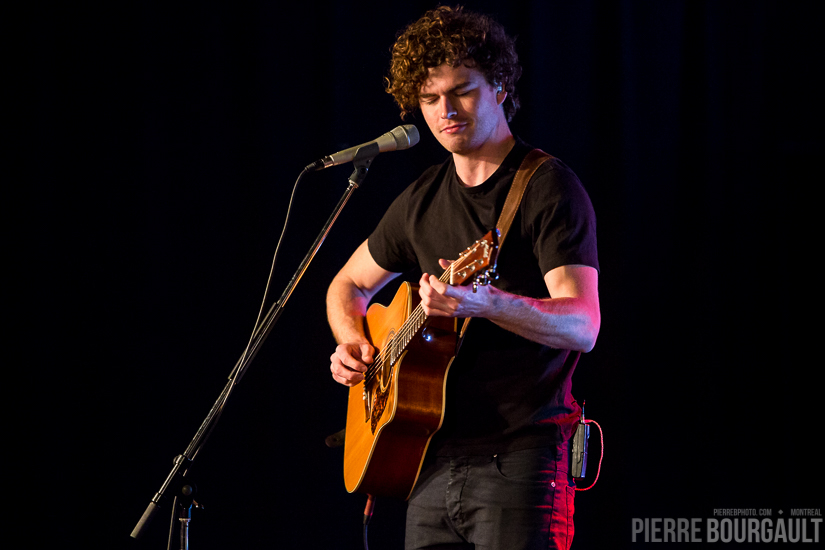 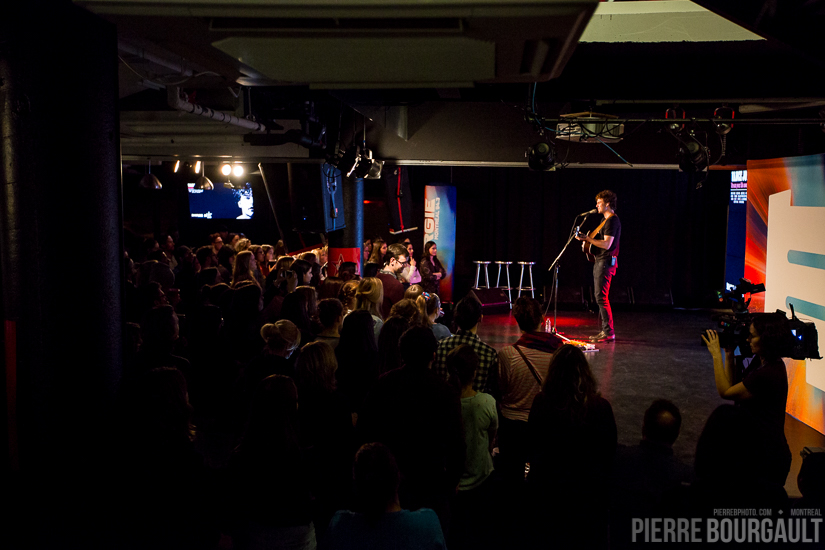 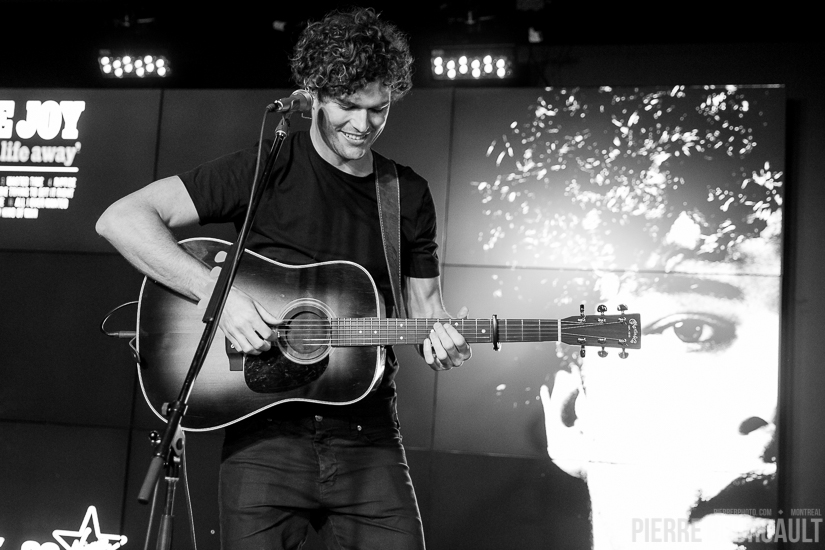 *Do not use images without permission.  If you do, I evil underpant gnomes may steal select socks from your sock drawer.