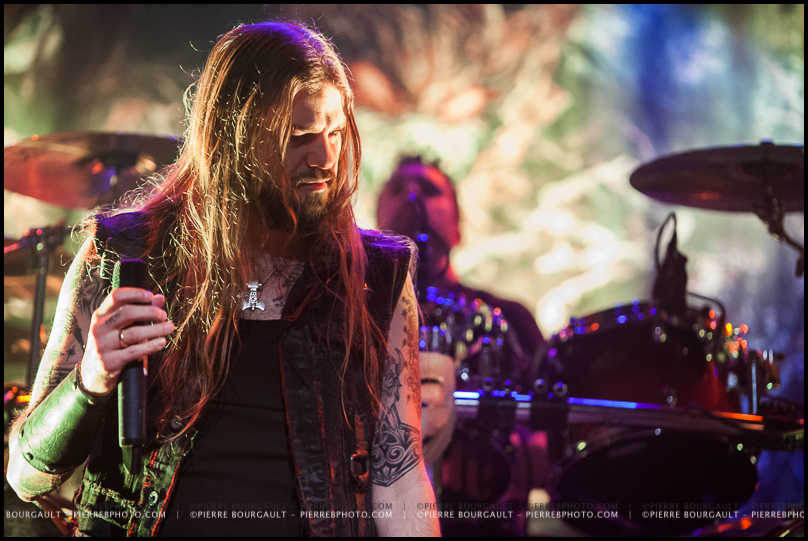 It was a heavy metal kind of night at the VM Corona Theatre last night with Iced Earth taking the stage.  The band seems to have had a revolving door of members since it started back in 1985, with over 30 artists having been part of the band at some point and time.  From the original lineup, only guitarist Jon Schaffer remains (he is the guy on the left in the first image below).

The Corona was pretty full, most tickets having been sold just a few days prior.  And upon hearing that there was a photo pit at the venue (which is not always the case here), I happily brought along a wide angle lens.  I haven’t used the lens too much but had it with me at the Suicide Girls Blackheart Burlesque show a few nights ago and actually had a great time and loved my results.  So with a pit, I decided to go wide!  And again, I think it was a great fit as the band members move quite a bit and often have some of the more “classic” metal poses for us to shoot.

The pit was tight, about 13 photographers.  But thankfully, the huge majority of them are experienced in working pits so we weren’t stepping on each others toes, and the times we bumped into each other were usually met with an apologetic smile.

The fun photo highlight of the night came when singer Stu Block decided to high five each of the photographer’s cameras.  He did this jokingly and with a smile, and didn’t actually touch our lenses.  I guess it looked more like he was playing “duck, duck, goose” with our cameras.  Always puts a smile on my face when artists are having fun with us.

Here are some preview images (and the image when Stu duckedduckedgoosed me).  I was covering the event for Cornershop Studios, so check there for the full image set. 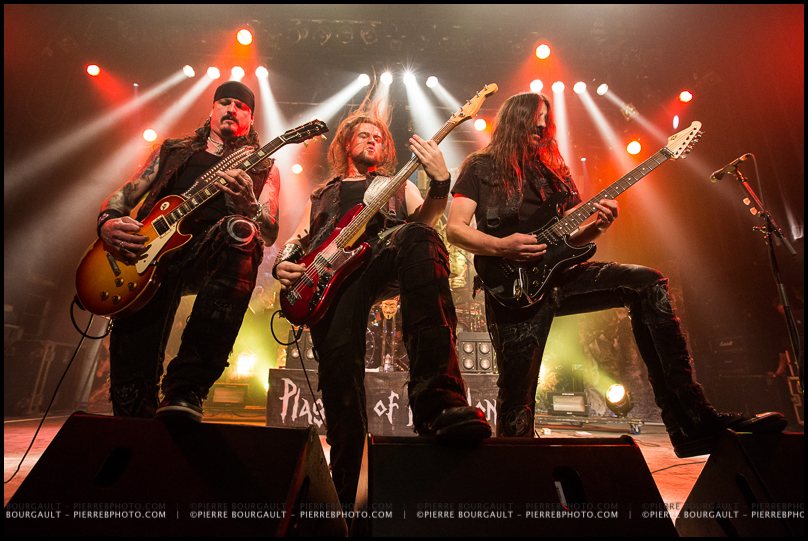 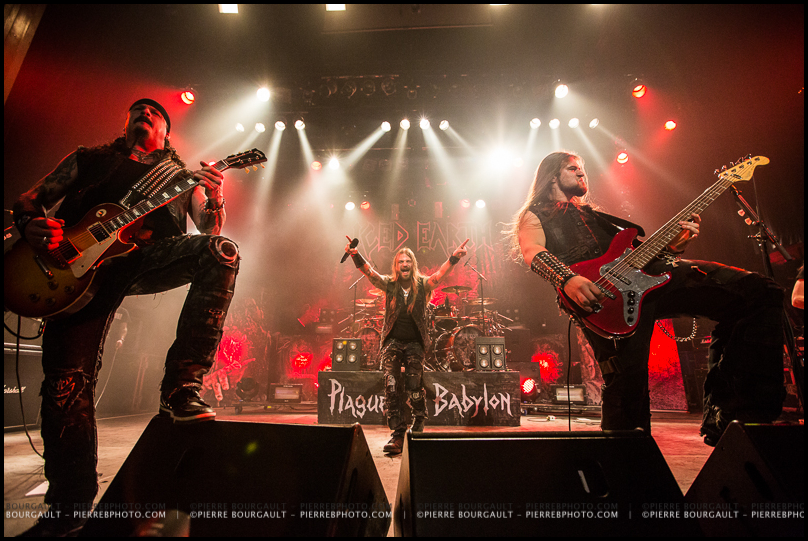 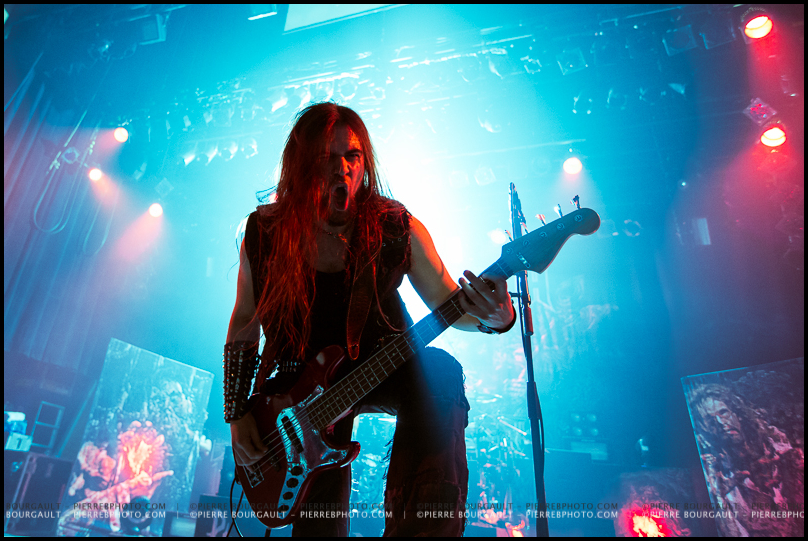 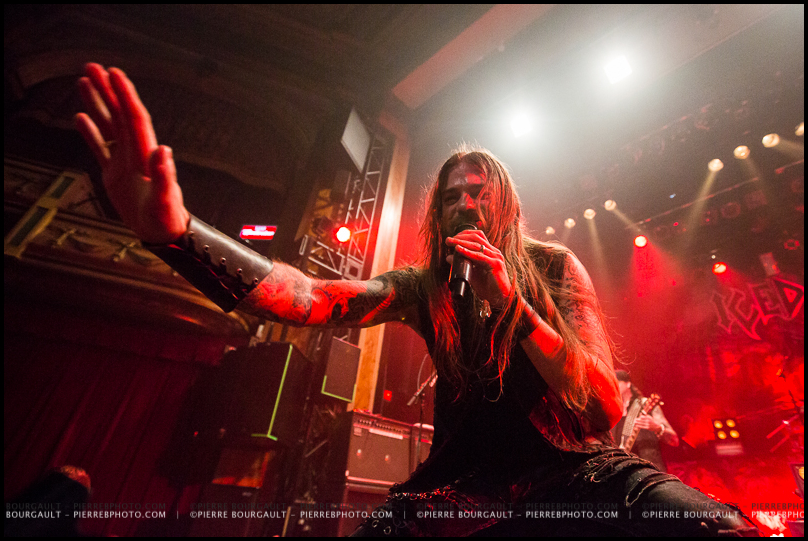 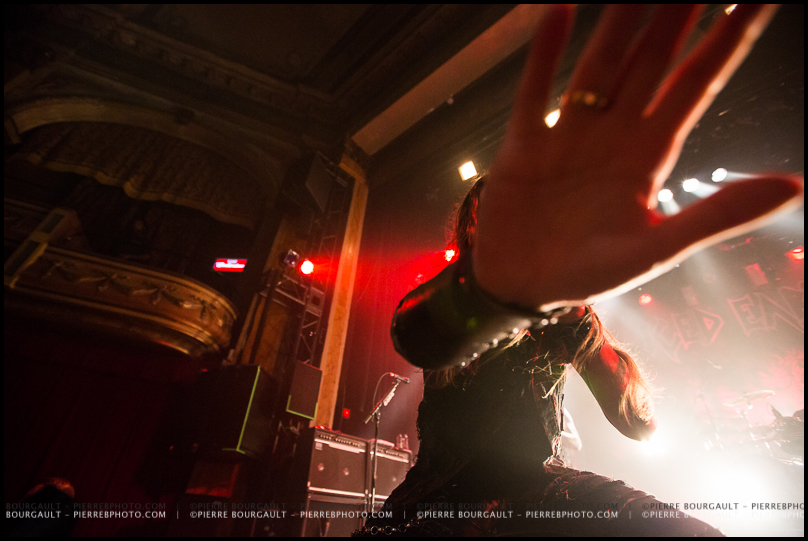 While many of my shots were done with a wide angle lens, I still had a second body with a telephoto.  The first image was made with the longer lens.  Still good to have variety in your focal lenghts!

Settings for the shots were around ISO 3200, f/2.8 and a shutter between 1/200 and 1/640.  The light changed quite a bit, so my finger was flying on the shutter button.  I could of dropped the ISO some when the shutter was at 1/640, but as I know the camera is very clean at ISO 3200, I preferred keeping a faster shutter to freeze more motion.