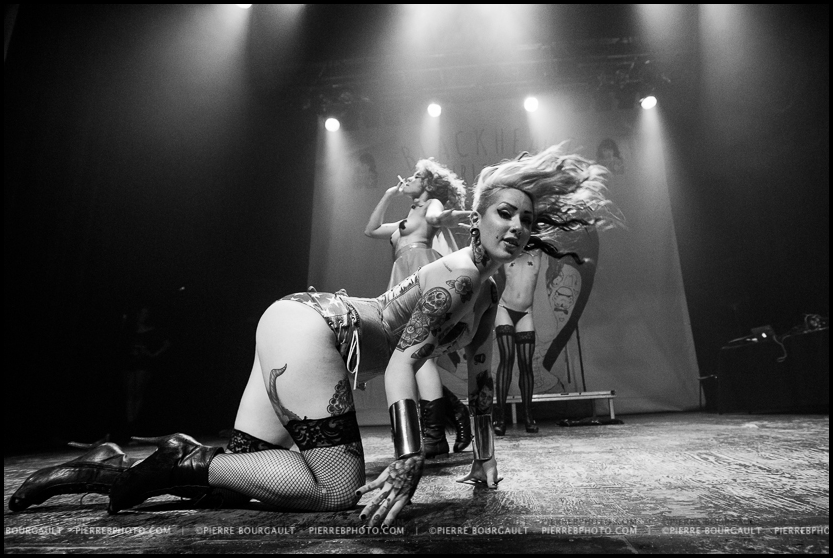 My quiet Sunday evening plans turned into… well… not so quiet when I got a call asking if I was free to cover the Suicide Girls Blackheart Burlesque show at La Tulipe for CornershopStudios, their assigned photographer was under the weather.  I know of the Suicide Girls (really, who doesn’t?) but had no idea they had a touring burlesque show going on.

The venue was actually quite full.  Not sold out, but for a Sunday night, with showers on the horizon, I expected a few hundred people.  By the counts of the scalper I chatted up outside, 500 tickets were sold and business was good for him.  The floor was packed pretty tight in the club from the stage to half way on the floor.

I have shot dance shows before and knew that getting a good center spot would greatly improve the images.  When you shoot a music concert, most artists move around and offer you some sort of variety.  But in a dance show, you want to capture the choreography which is made to be center focused.  So the lines made by the dancers (and more importantly their focus) is usually right down the middle.  Sure, they go off to the sides, but the majority of the fun ( 😉 ) is right down in the middle.

Side note to being right in the middle in a burlesque show like this… I got Jack Daniels sprayed on me a few times (quick!  clean the lens!!) and couldn’t get my filter clean so I removed it, but then had some wine spilled, and the funnest part… had cake thrown right at me.  Kind of fun looking over at my fellow photogs and seeing bits of cake in their hair! haha.

The one thing that I tried to keep in mind while shooting a burlesque show is keeping the images classy and tasteful.  Being right up front, I got plenty of boob and butt shots, some not too flattering (the shots, not the butts 😉 ).  So waiting for looks or poses that are both sexy and fun is a must.

The show was pretty fun.  A good amount of skit variety that, as my fellow photographer Andrej put it, “makes the nerd in me very happy”.  Skits based around Thriller, Rocky Horror Picture Show, Portal (the cake is a lie… and splattered all over my lens), Zelda, Superheroes, Kill Bill, Storm Troopers and Planet of the Apes (I left before I got to see the last two), and a bunch of others.  They had a few numbers were they brought some fans on stage (nothing too raunchy, just good old fun).

They twist, they dance, they move around a lot, so getting a nice clean shot, while working in a single position was a bit hard.   Ended up shooting just over 700 shots in the 75 minutes I was there.  Had a very hard time narrowing it down to 40 for the media.  I typically only send 15-20 shots to my medias, but as I was there longer, and the…uh… visuals are nice, I figured a few more wouldn’t hurt 😉 .  And besides, their MC for the night told the crowd there was one rule in terms of photos and videos… they wanted lots of them taken and posted everywhere!  The girl knows how to promote!

Everyone of my shots you will see in this post were done with an ultra wide angle lens, the Canon 16-35mm f/2.8.  I don’t shoot with this lens too much, but knew it would be a good choice for the show as I’d be up front and there would be multiple people on stage, making ultra wide a perfect lens.

When you shoot with a wide angle, you need to watch the distortion it creates, specially when you tilt the lens up or down, it distorts lines even more… which isn’t too flattering when you have a dancer in front of you.  So keeping the lens as level as possible and your subject as in the middle helps

Ok…ok.  Enough bla bla bla (which you probably skipped over anyways haha 😉 )… here are a few images of the show.  Plenty more were sent over to Cornershop Studios, so check there in a few days to see the full set. 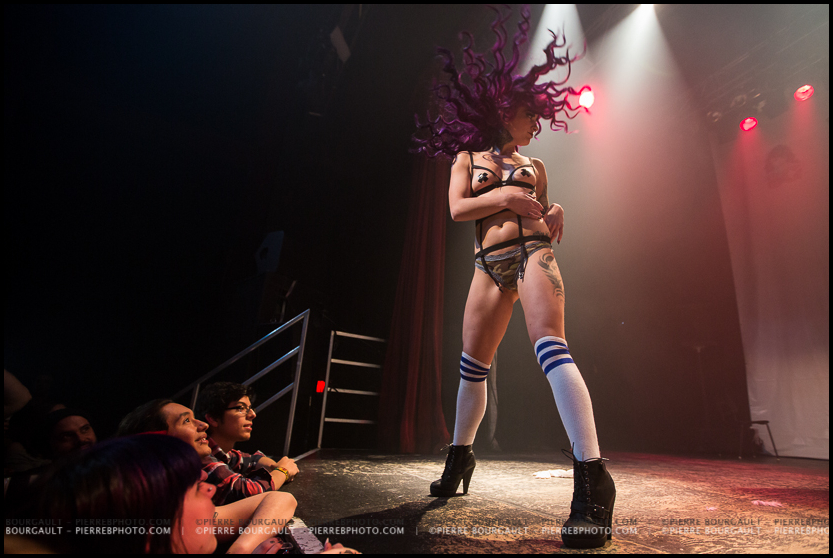 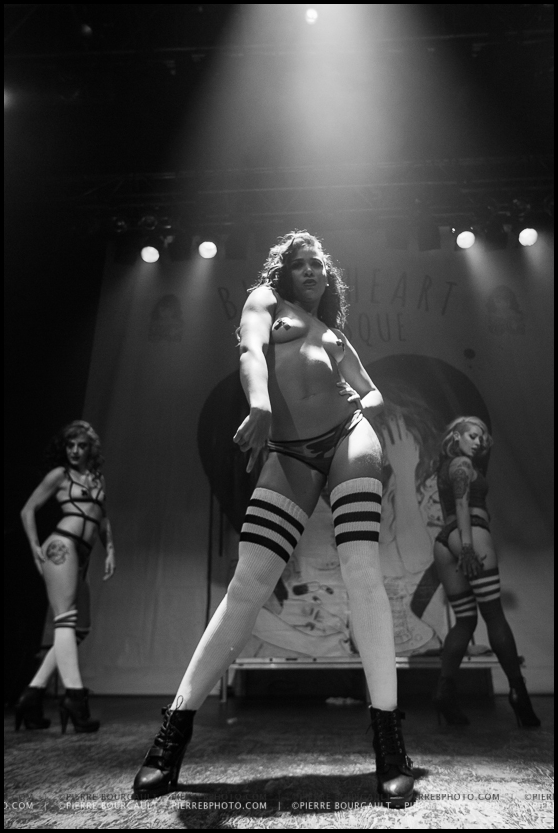 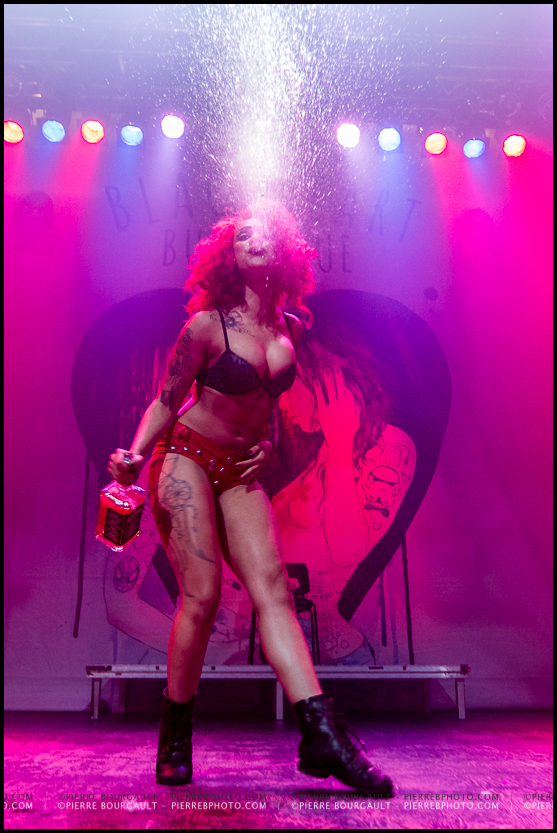 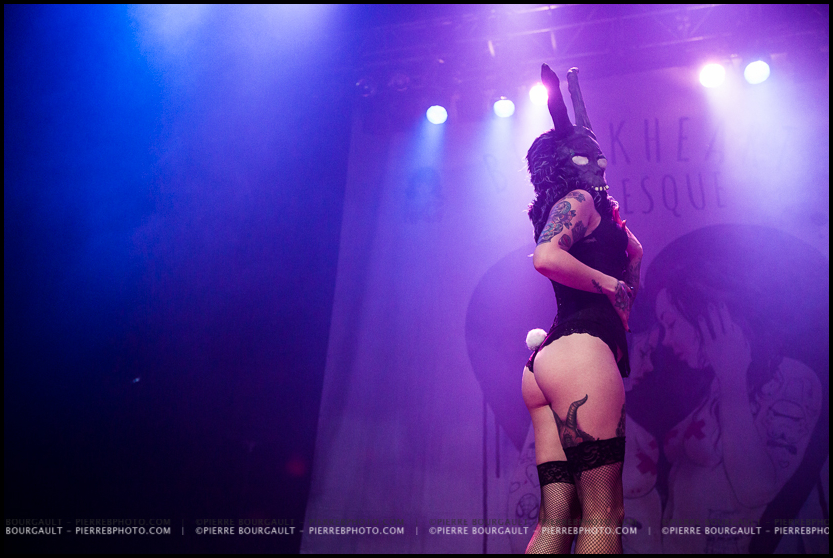 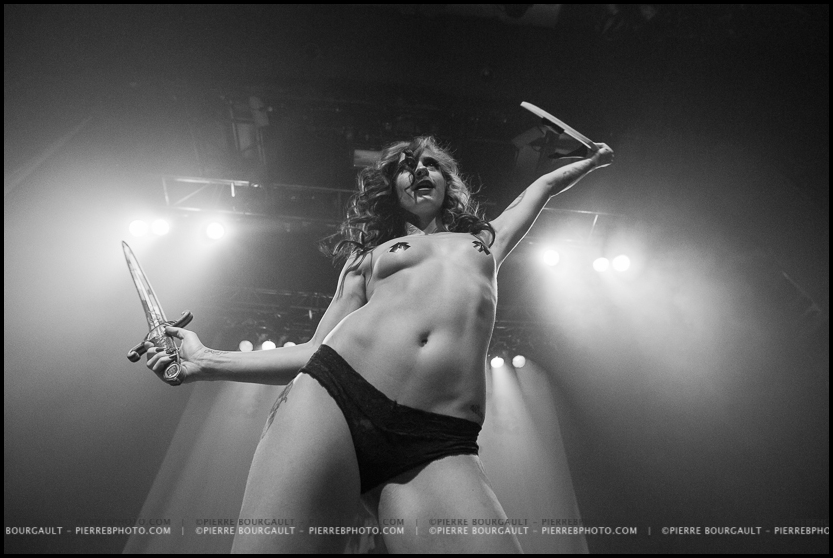 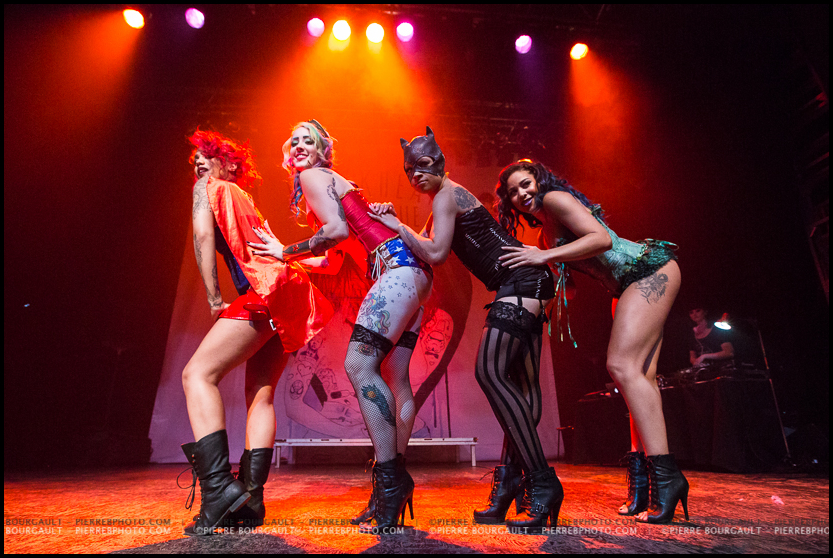 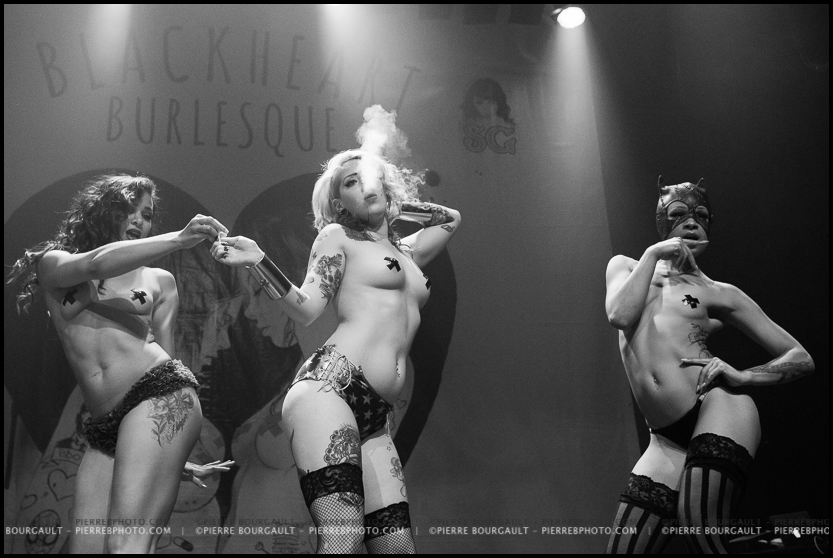 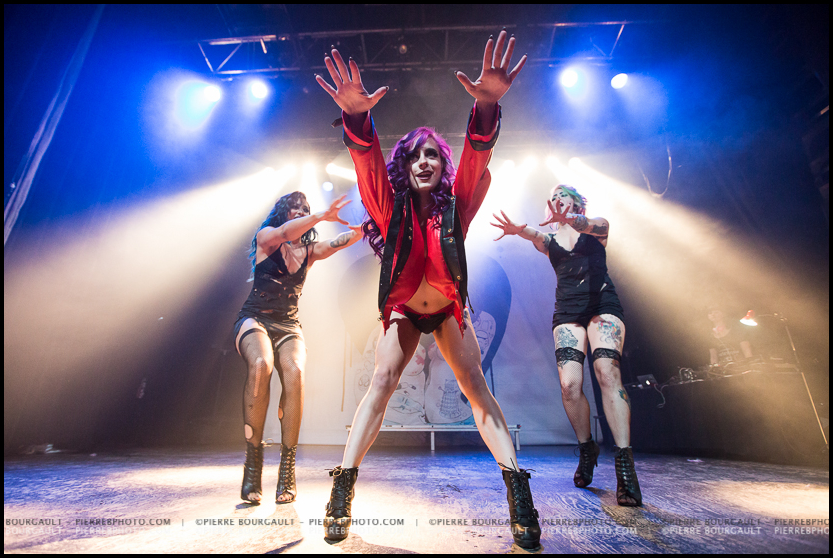 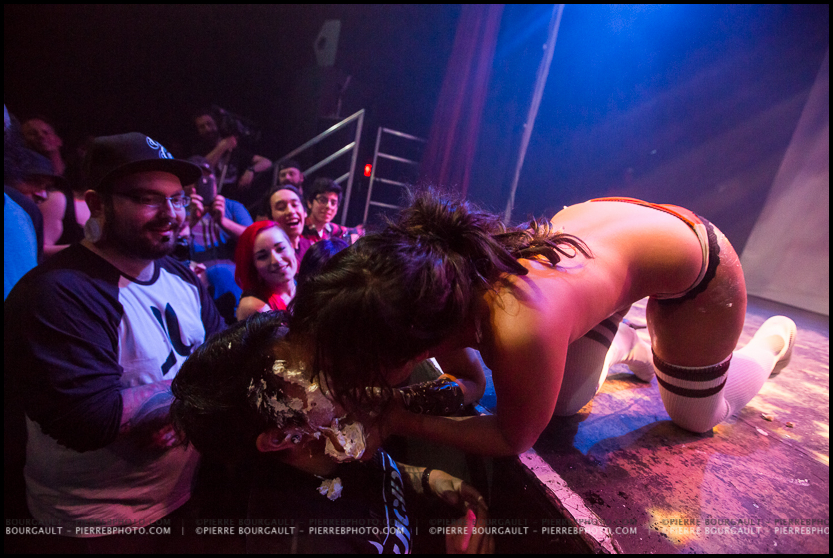 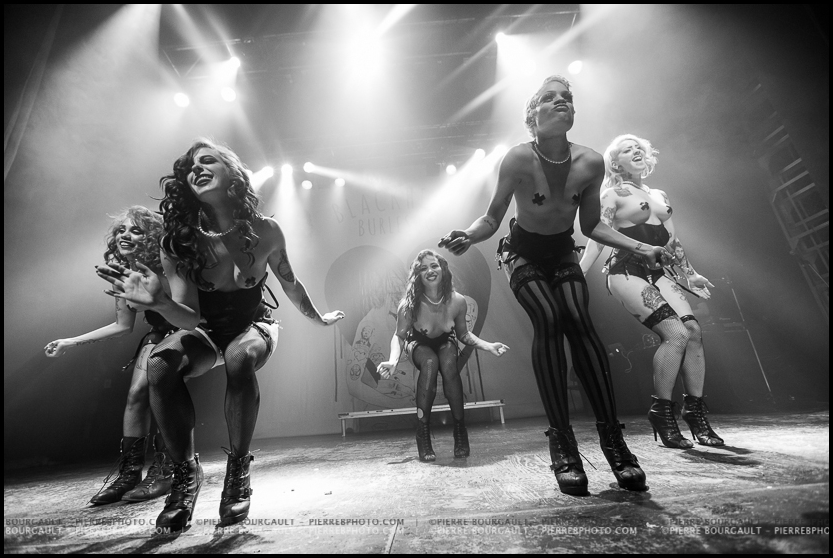 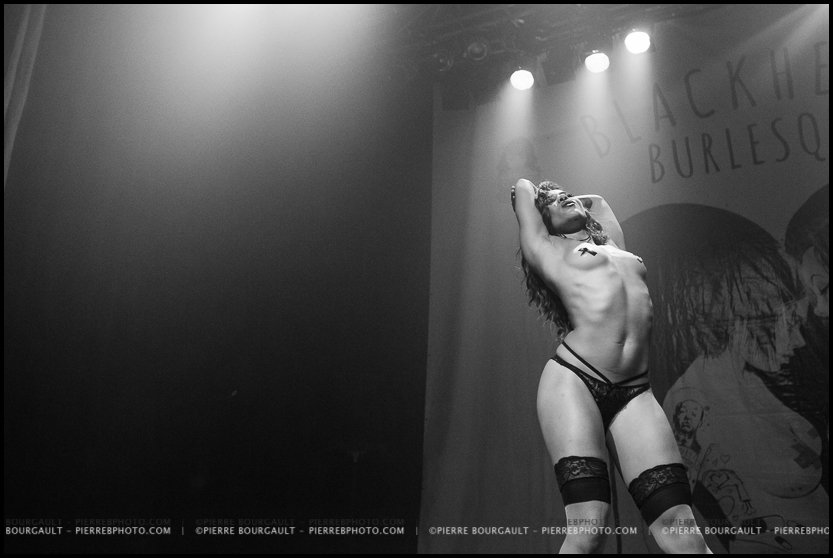 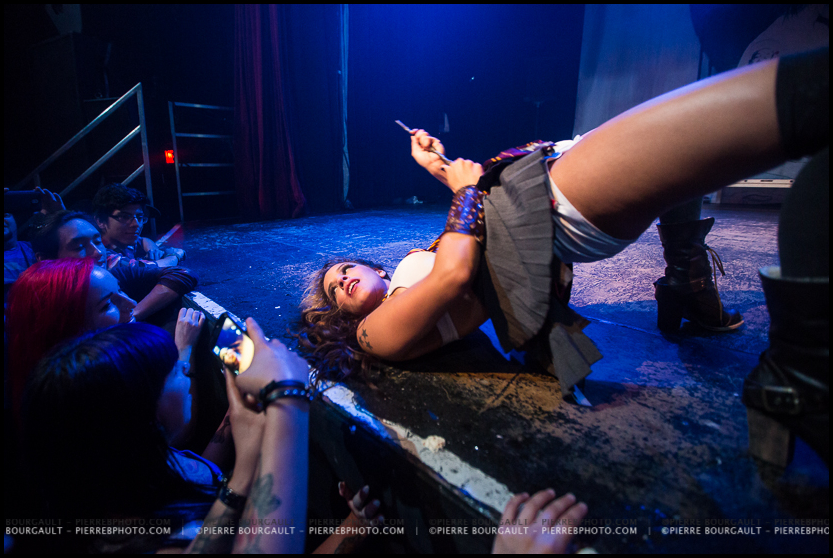