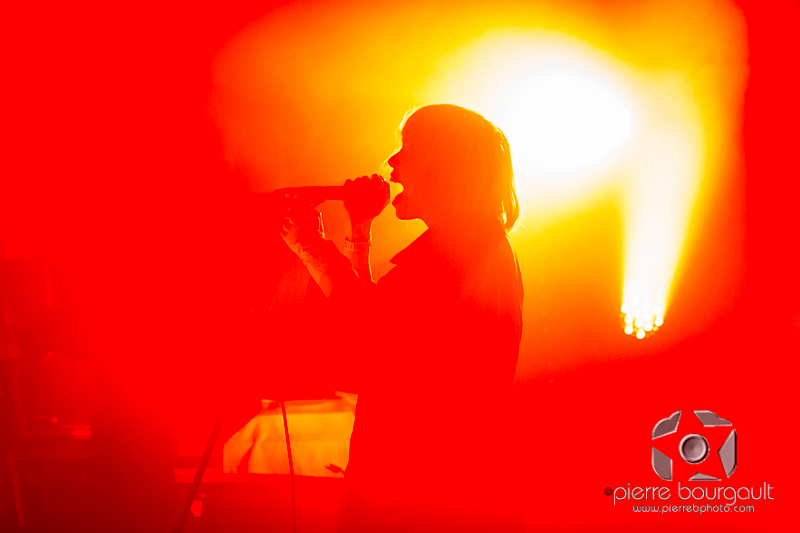 But really, that is how it felt at the show.  Crystal Castles is not the type of music I’d typically listen to every day, but seeing them in show is pretty damn sweet.  Although if you are prone to seizures, I’d recommend staying home as the strobes and light show can be pretty intense.

And those same lights and strobes make shooting the show pretty insane.  This show was a bit different than the norm as there was a photo pit, but photographers were not allowed in it.  So I guess that makes it… just a pit?  Anyways… Alice often jumps into the crowd, so they did not want photographers in the pit while she did her thing.  Ok, I can appreciate that.  So I was somewhat prepared to shoot from far out, which is fine for a show that has intense lights.  But a few days before the gig, we get an email saying we will be shooting from the stage.  Oooook… this should be fun!

We were all on stage left, tucked in a corner.  When I mean all, I think we were 6-7 photographers.  I chose a spot relatively close to the stage as I want to get her face in my shots.  And with the mix of strobes and our somewhat fixed location, was a bit of a challenge.  So I just waited for the few moments her face would turn towards us and just shoot off 4-5 shots as I was shooting between strobes… never guaranteed a clean shot.  The strobes from the other side were pretty much lined up right at us and at some point, I had to look away.

Oh… and to make this shoot that much more fun, about 10 seconds before the show starts, the stage manager comes up to me and says “Hey, just to let you know, she throws her mic stand after the 2nd song and it’s coming in your general direction”.  Boom… lights off… show starts.  haha.  Fun times I tell ya.

*The mic stand was thrown towards me, but landed about a foot in front of me.  Camera = safe.

** You’ll see a black and white image.  Don’t worry, my camera didn’t blow it’s sensor due to strobes.  While I mostly prefer working in colour, in some instances, I find a black and white captures the essence of a moment that much better.  So there ya go.  Don’t hate.  Love. 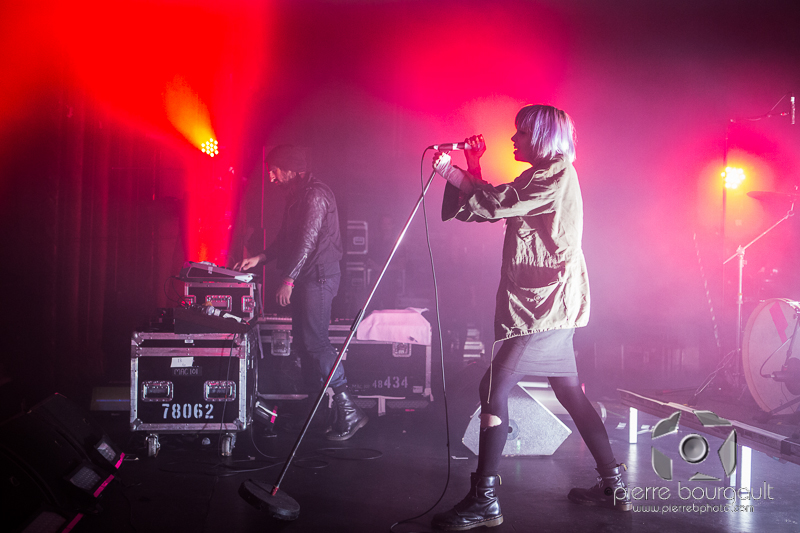 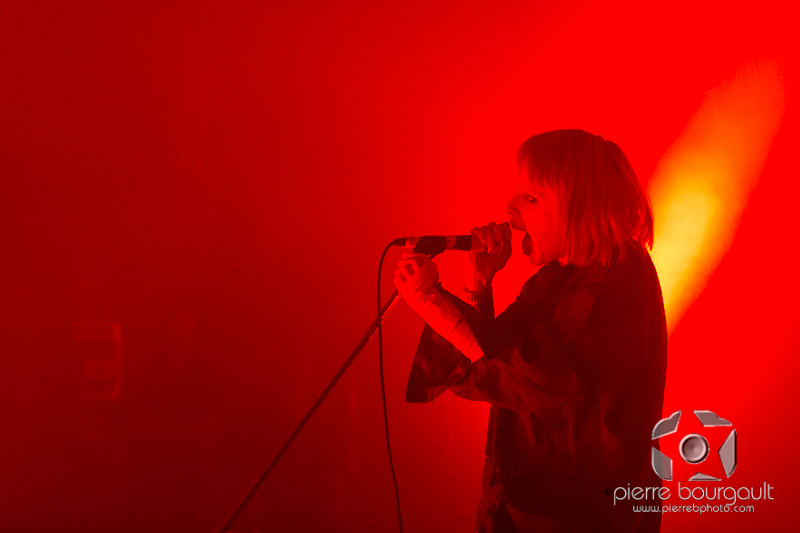 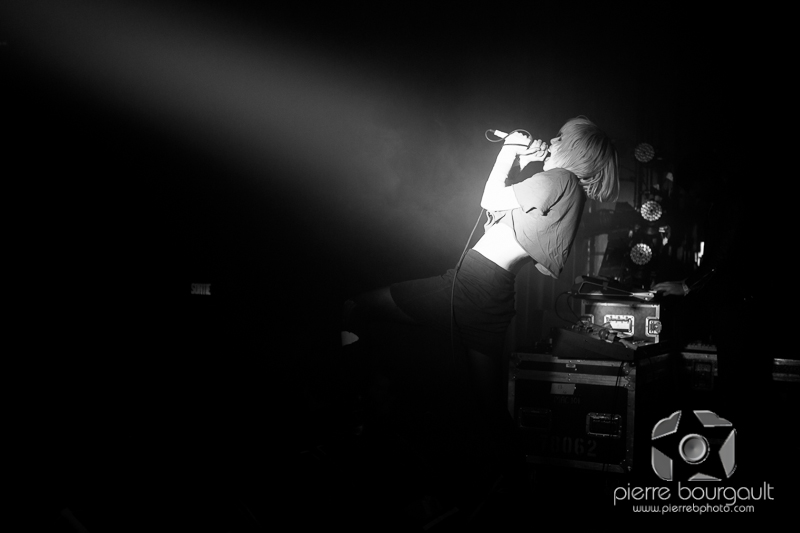 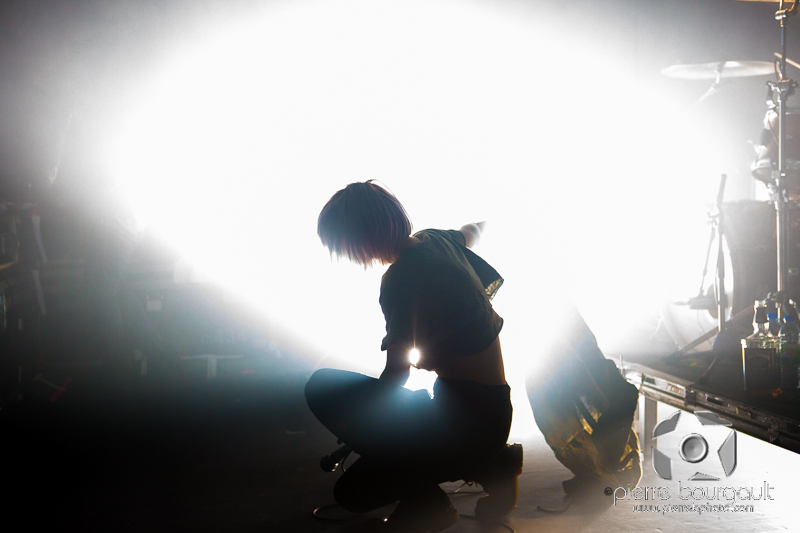 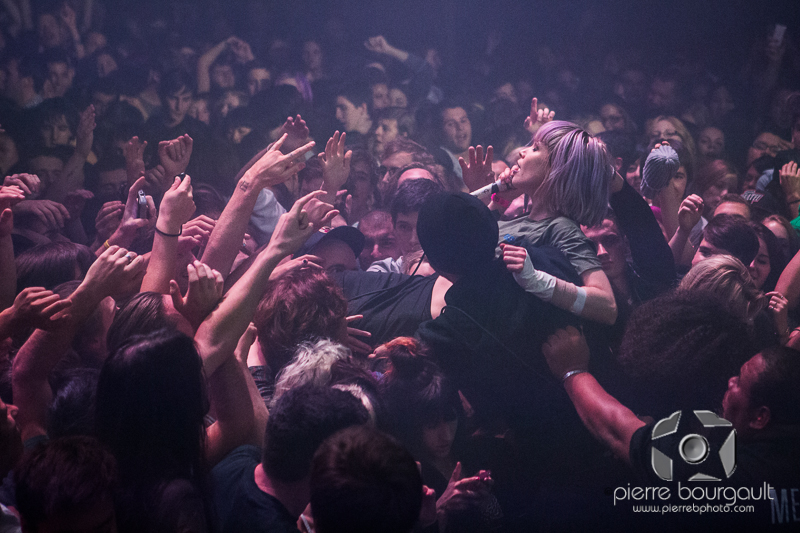