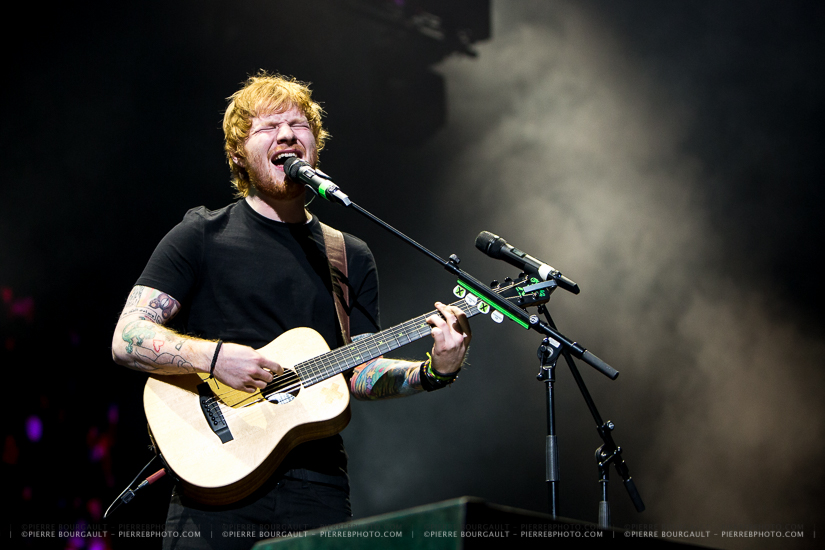 “I haven’t seen the Bell Centre this full in a while”.  This is how one of my photo colleagues put it when we stepped into the photo pit and looked back.  It was packed, even all the way up in the nose bleeds.  The rise of English singer-songwriter Ed Sheeran over the last few years has been pretty intense.  Last time I saw him in town was back in 2012 when he played at the waaaay smaller Olympia (which was totally packed).  And soon he will be playing in front of a sold out Wembley stadium in the UK in front of 250,000 fans.

To think that a one man band can pretty much keep people’s interest for over 2 hours, in such a low key and honest way, is pretty incredible.  That’s what you get when you see Ed Sheeran on his current tour.  A singer with his guitar, a loop pedal and a bunch of giant screens behind him.  It seems stripped down, but it worked.  Not sure if this formula can be used over and over.  Personally, I’d love to see him with a full backing band… but that’s just me.

And there lies the challenge in photographing him… he is just one guy.  He has two big monitors in front of him which he stayed behind most of the time.  He did jump up on one of them a few times, but he mainly stayed behind his two mics.  Thankfully he has some good expressions and is really into his music, which helps in making a full set of images.  And who doesn’t love the smile and red hair!

The full set of images and review will be up at Sorstu.ca ! 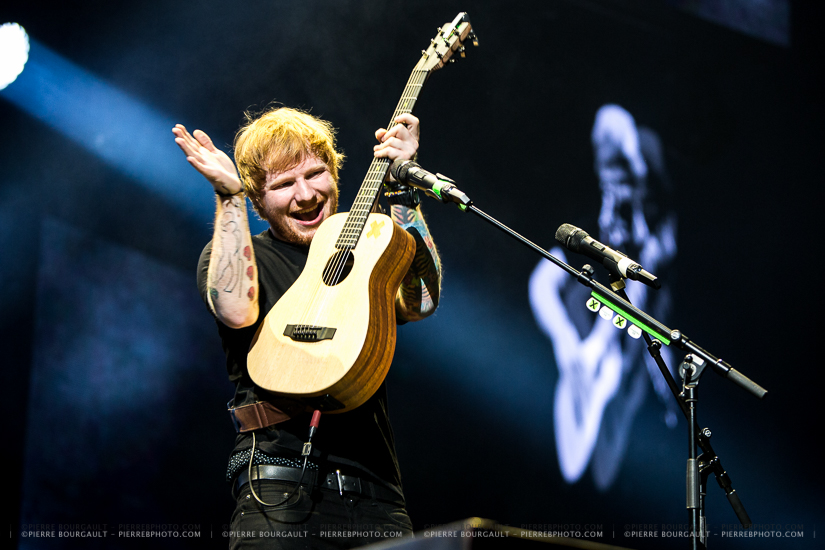 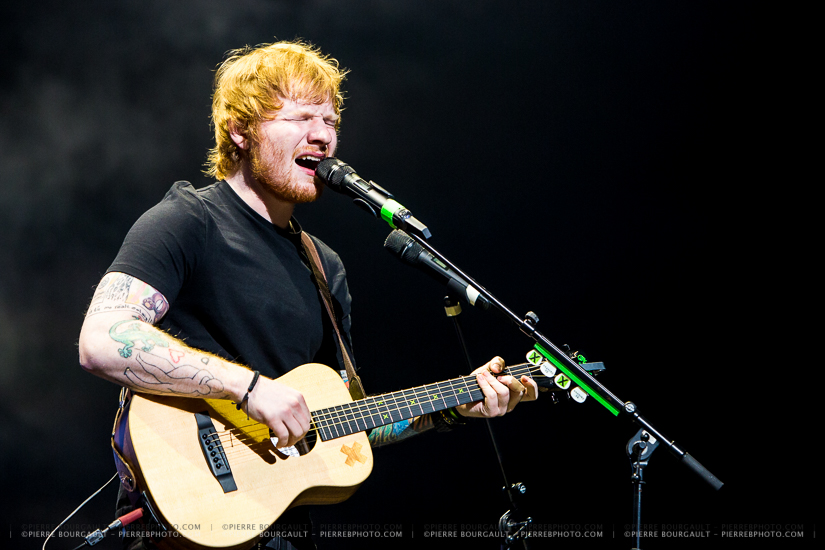 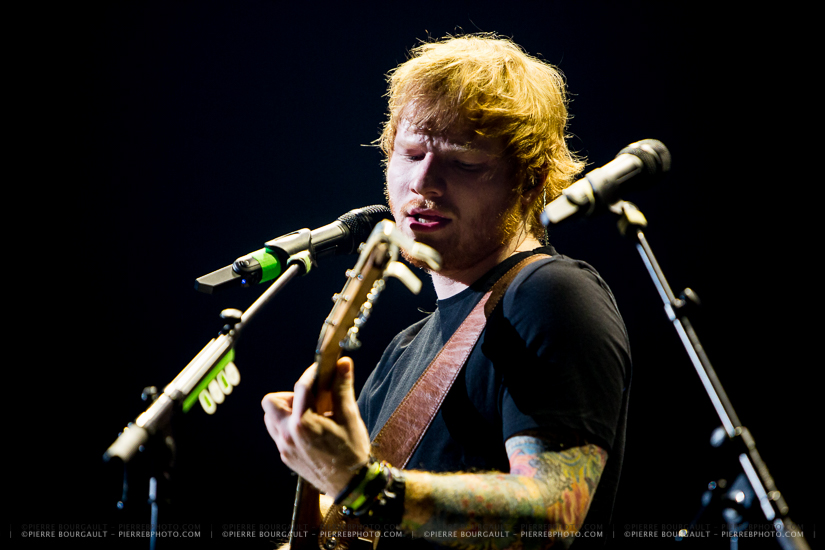 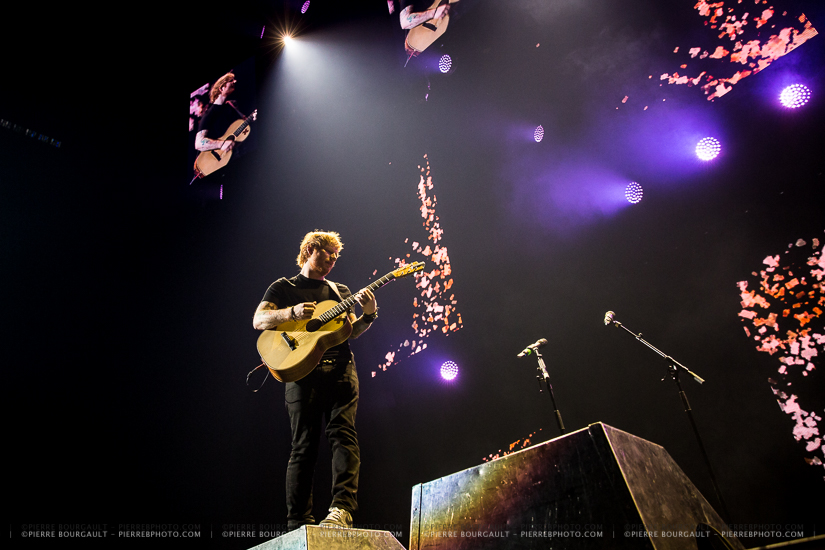 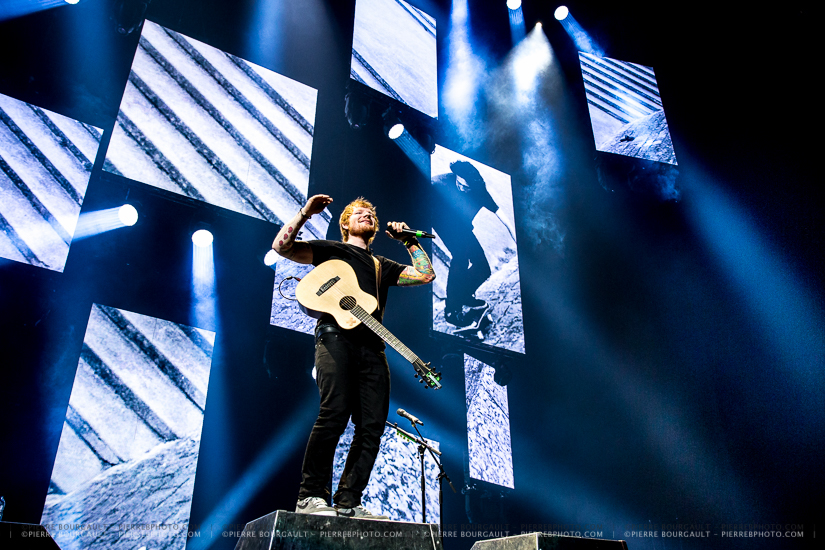 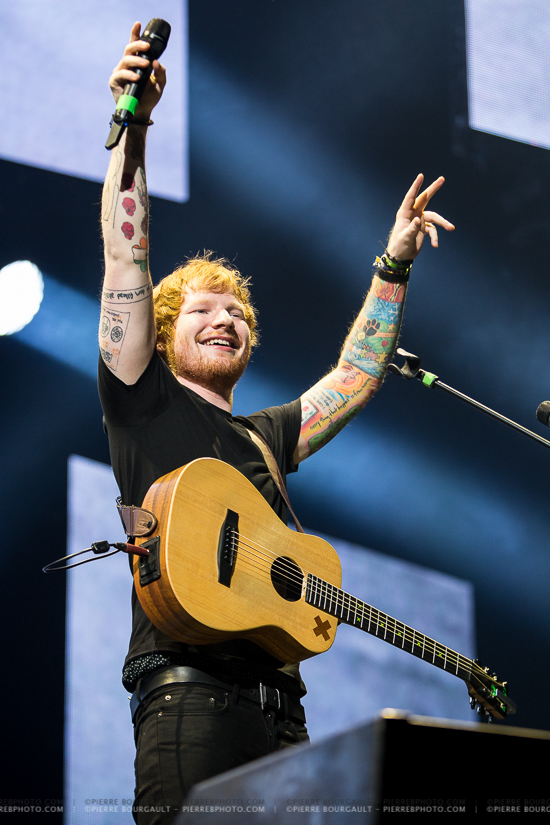 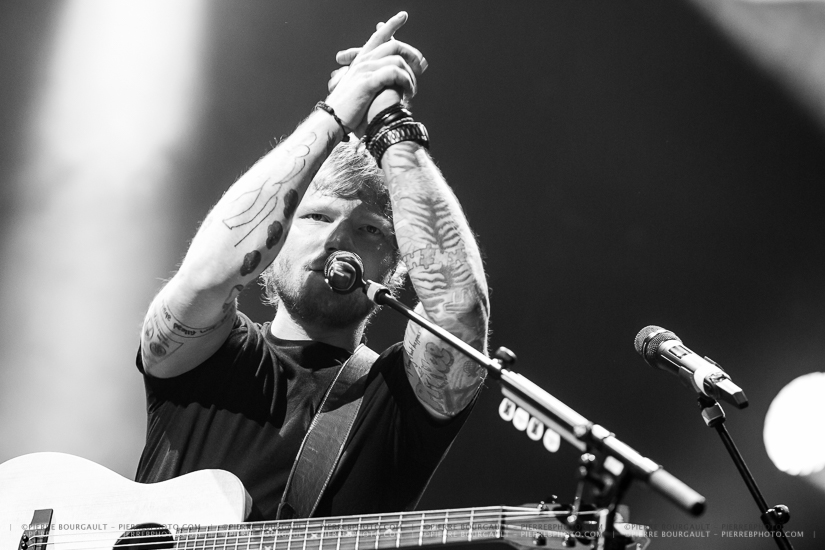