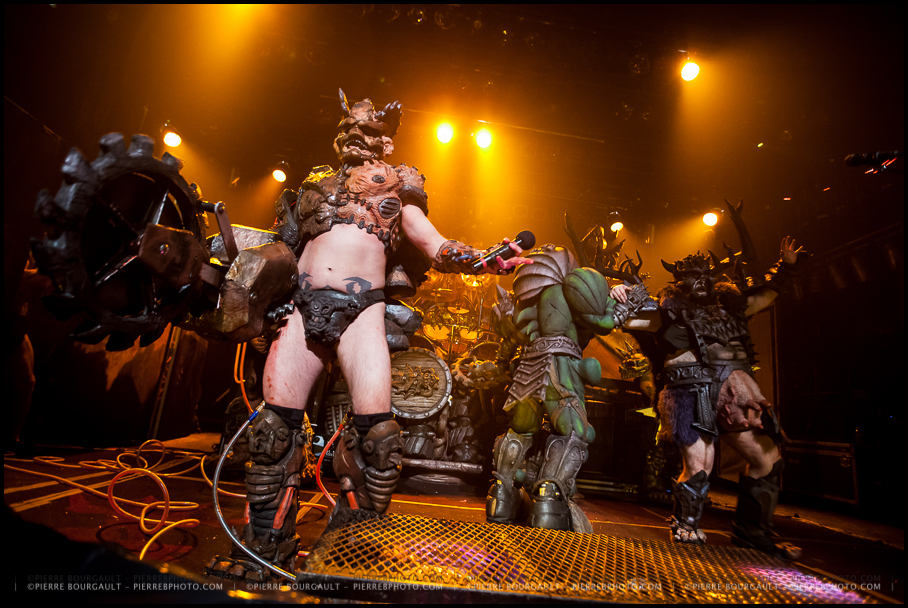 There is something surreal about seeing a thrash metal band all dressed up as intergalactic monsters spraying blood, ooze and other substances into the crowd.  You don’t always go for the music, you go for the experience, and it is something that every live music fan (and that every show photographer should shoot) should see at least once… and Gwar is just that type of band.  They have a very loose story, they have some wrestling, they have some music, they have loads of blood.

Walking in to the VM Corona Theatre last night and seeing it covered in plastic made me feel like I was in a Dexter kill room…. I knew it was going to be messy.  As a fan, you have a choice to being up front and getting totally drenched, or staying a bit further back.  As a photographer, even if you try and stay off to the sides and only jump in when there is no spray, you will get hit.  I’m a huge fan of prepping for a show, and a Gwar show is one where prep is mandatory (more on that  a bit later). 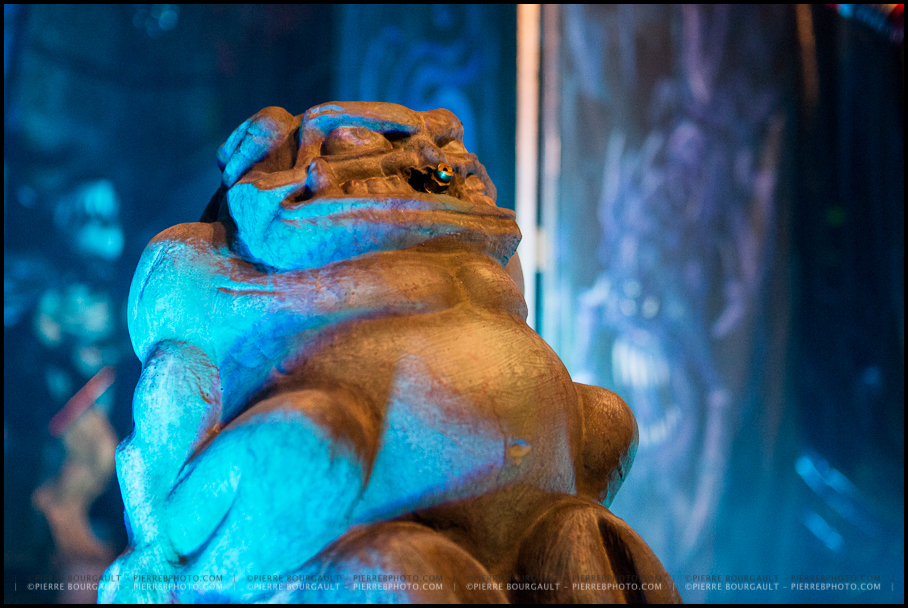 This is my second time shooting a Gwar show.  I had a chance to cover them (or they covered me?) at the Heavy MTL festival in 2013  (you can see some fan shots of that show HERE) with their recently passed front man Oderus Urungus (Dave Brockie).  I was happy to hear that the band decided to continue with a new front person… Vulvatron (Kim Dylla), so when I heard they were coming to town, I made sure my photo pass was secure with awesome local web media Sorstu.ca , to once again face the galactic sensation!

Prepping and shooting the show

It’s pretty simple… plastic protection!  Here is a list of what I bring with me: 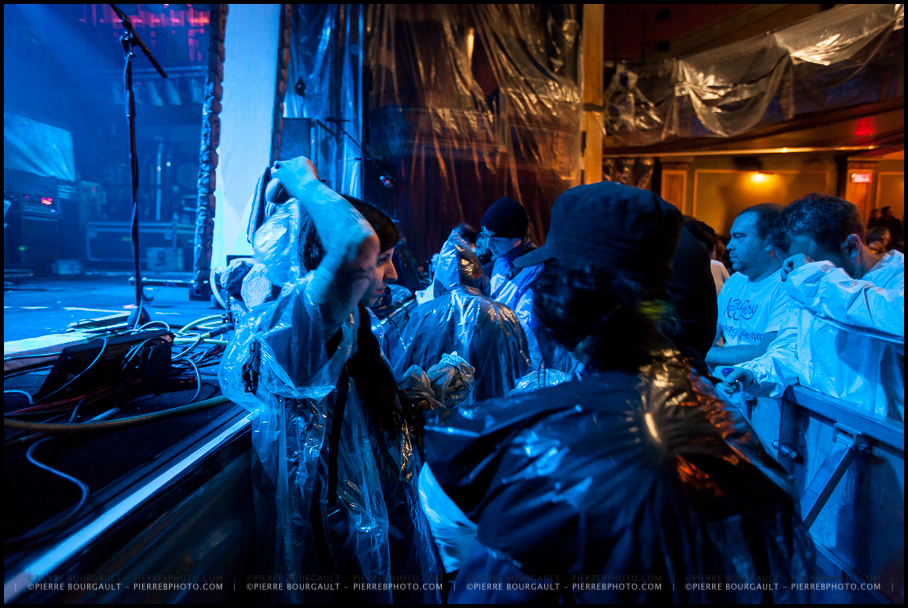 Be careful in the pit.  It gets slippery.  I saw a security guy fall trying to catch a crowd surfer.  I got bulldozed by another photographer who was trying to escape the spray.  Really, if you don’t want to get wet, shoot from the back with a longer lens (but you miss all the fun!).  The main issue with your camera is getting stuff on the lens.  You can protect it all you want, but you still have to point it up to shoot.  Spray came come from anywhere at any time… they had a couple of gargoyles that sprayed goo while they ripped apart someone who sprayed blood.

– Vulvatron only comes on after 3 songs

– The first song had horrible light, but it gets better

– There is so much going on on stage that getting individual shots of band members isolated is pretty hard.   Their costumes are so big that they couldn’t find through the small hallways of the backstage and had to get dressed on the side stage!

So with all that, here are the images from the show!  A somewhat different set of images is up at Sorstu.ca 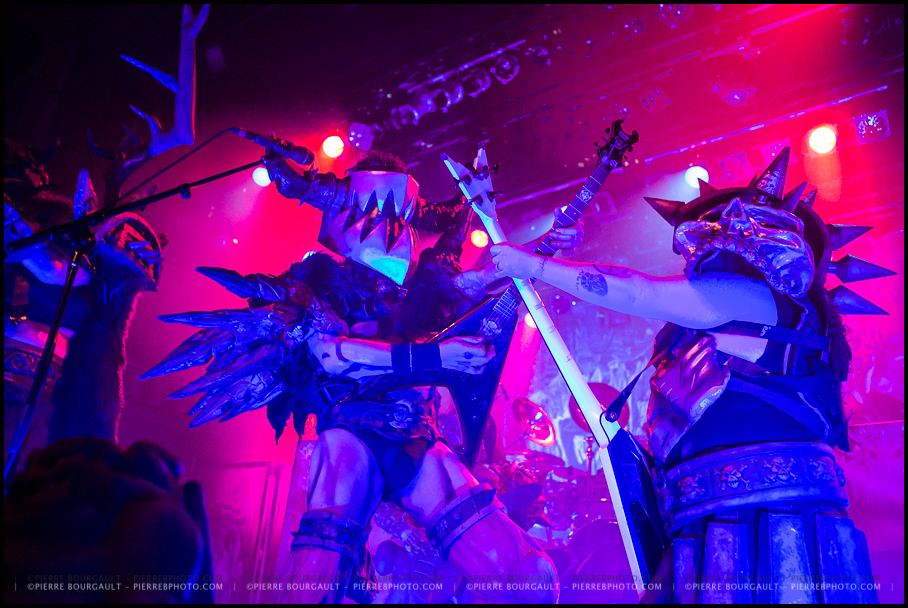 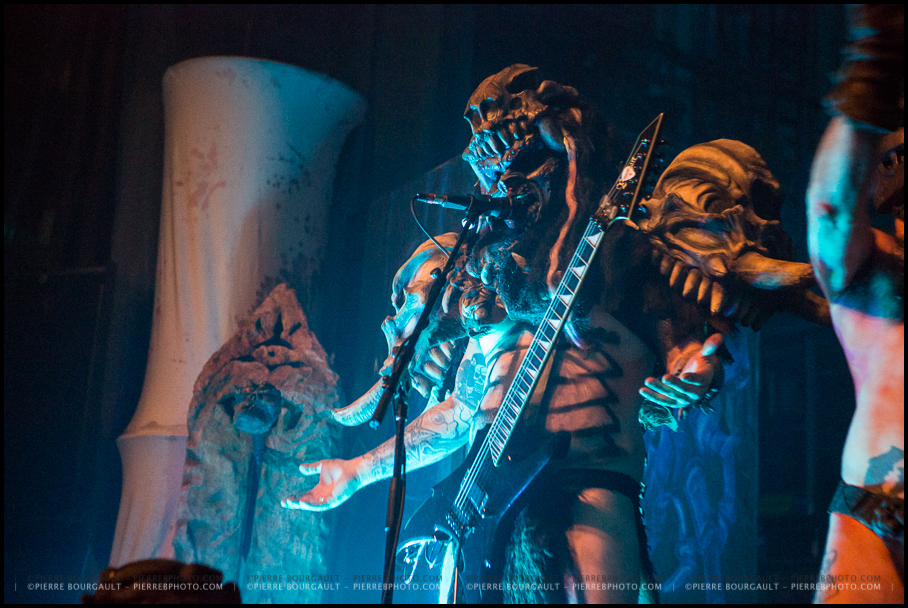 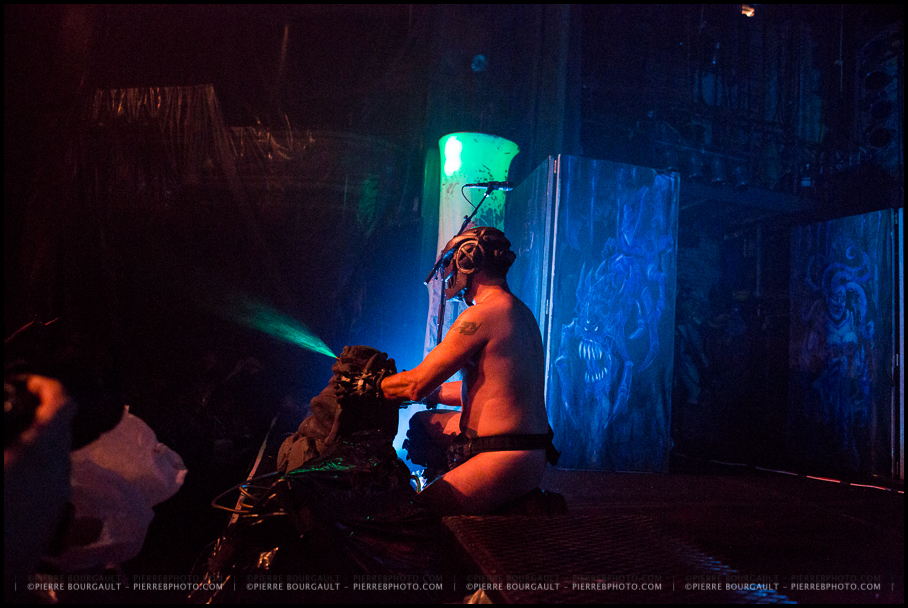 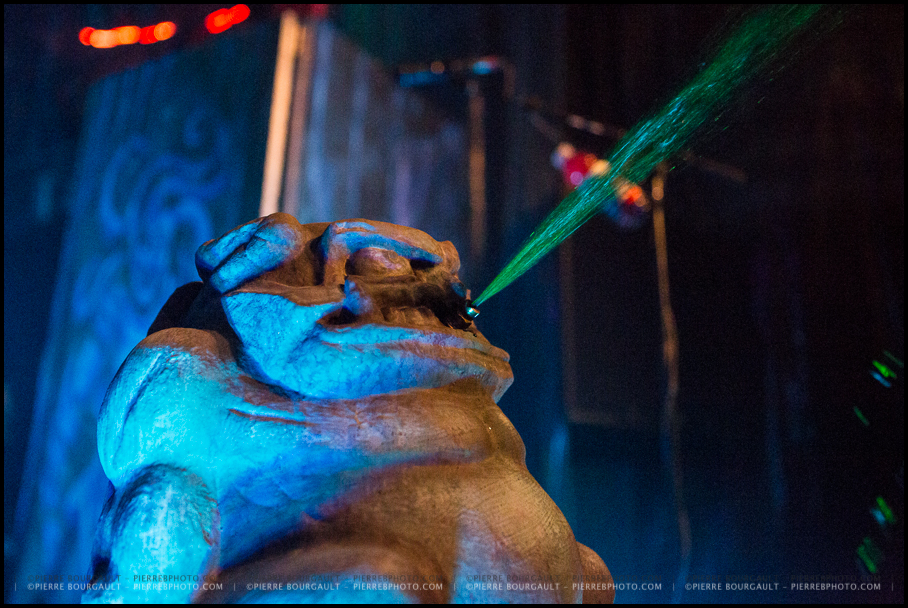 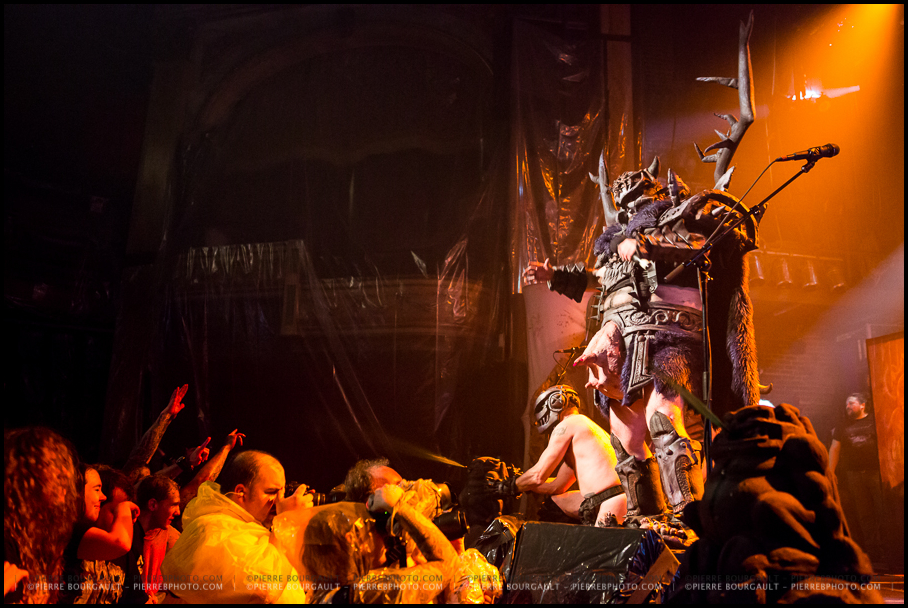 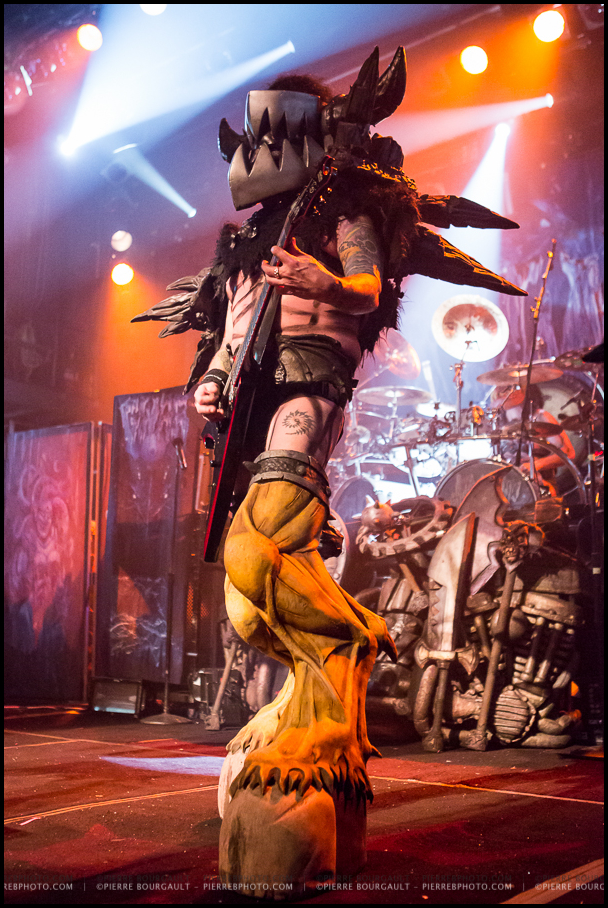 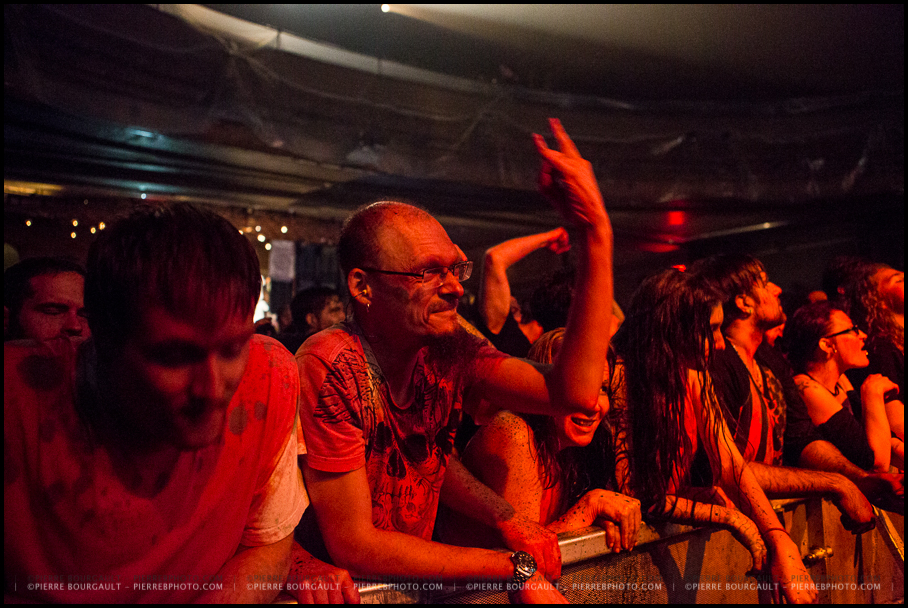 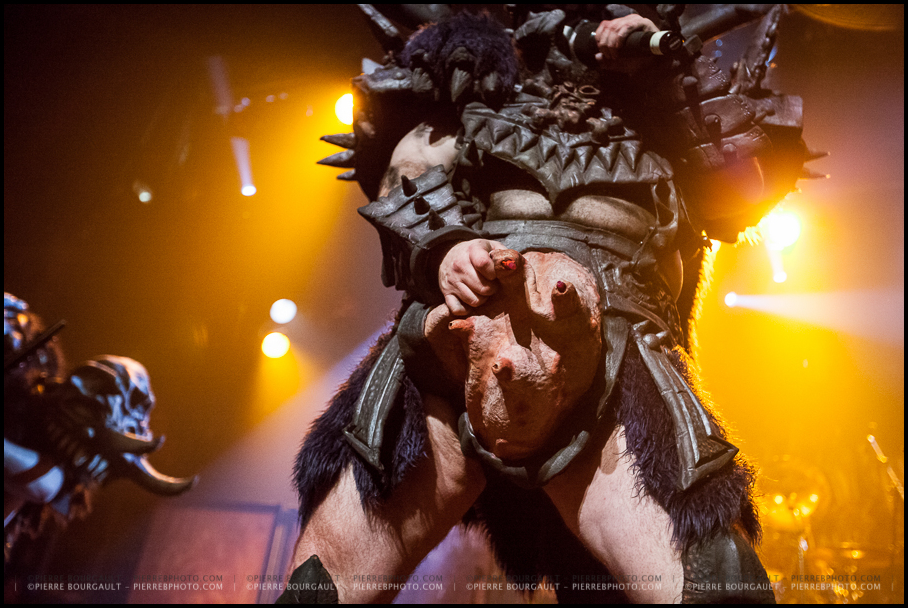 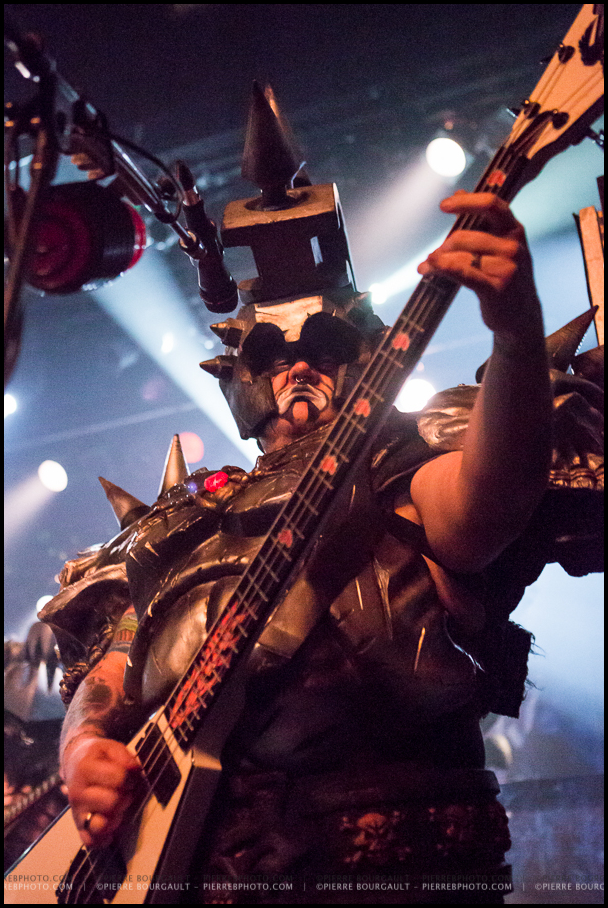 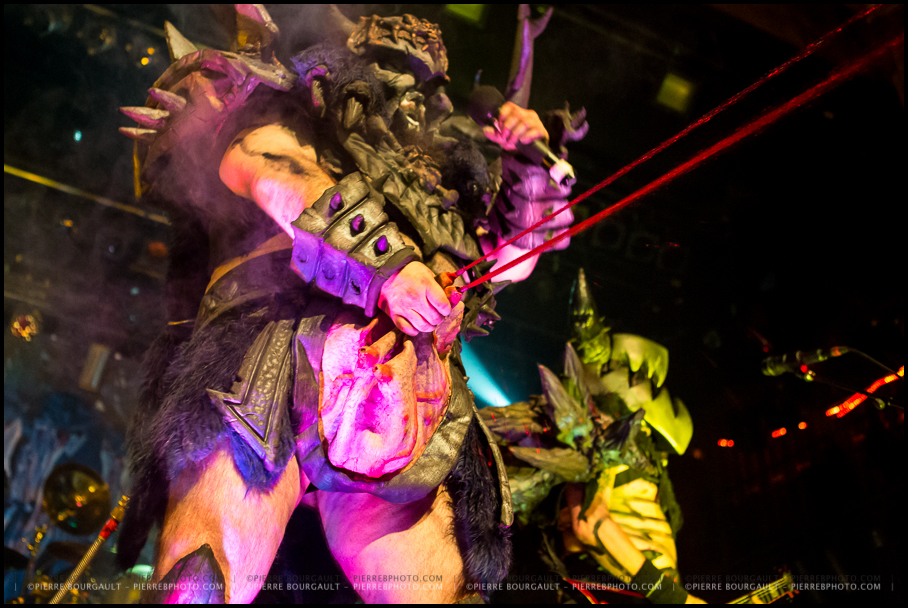 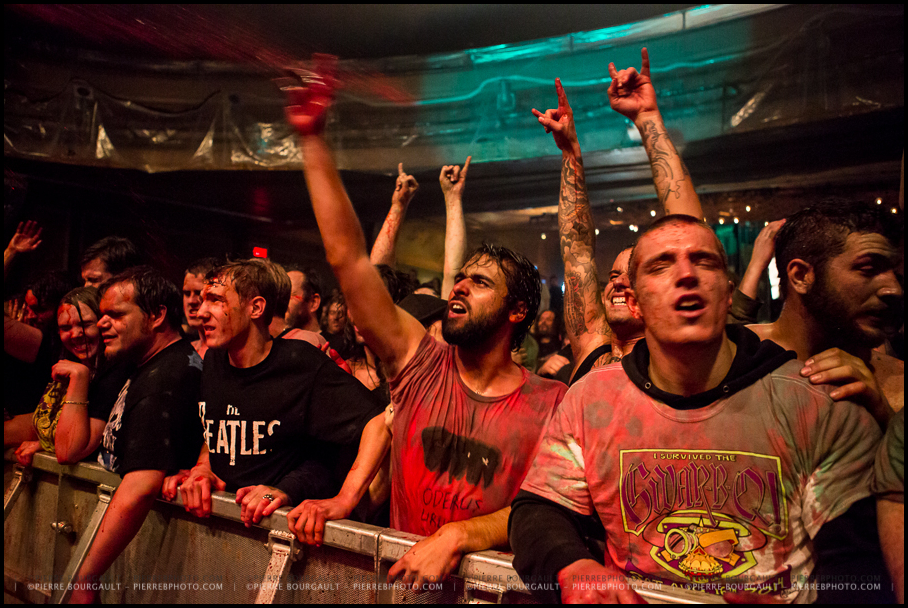 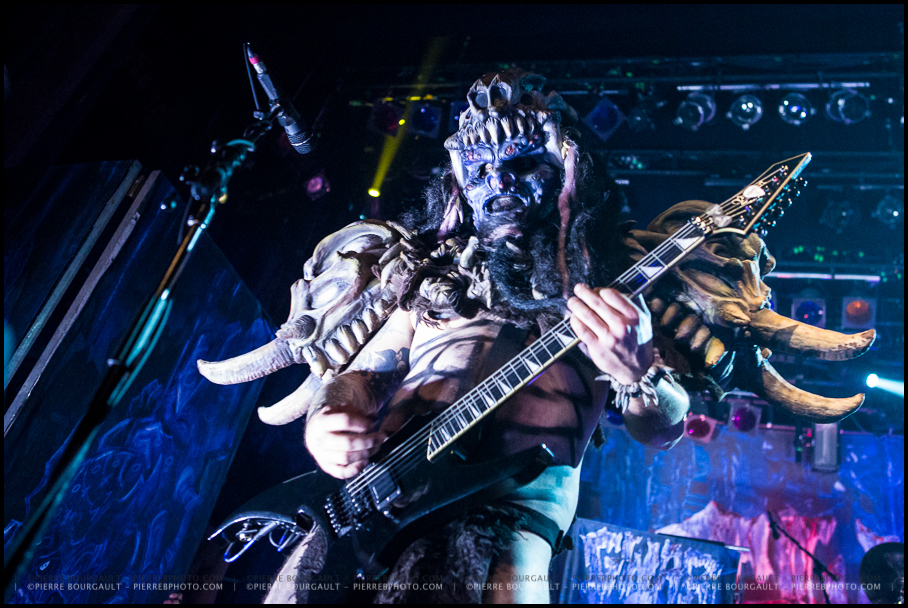 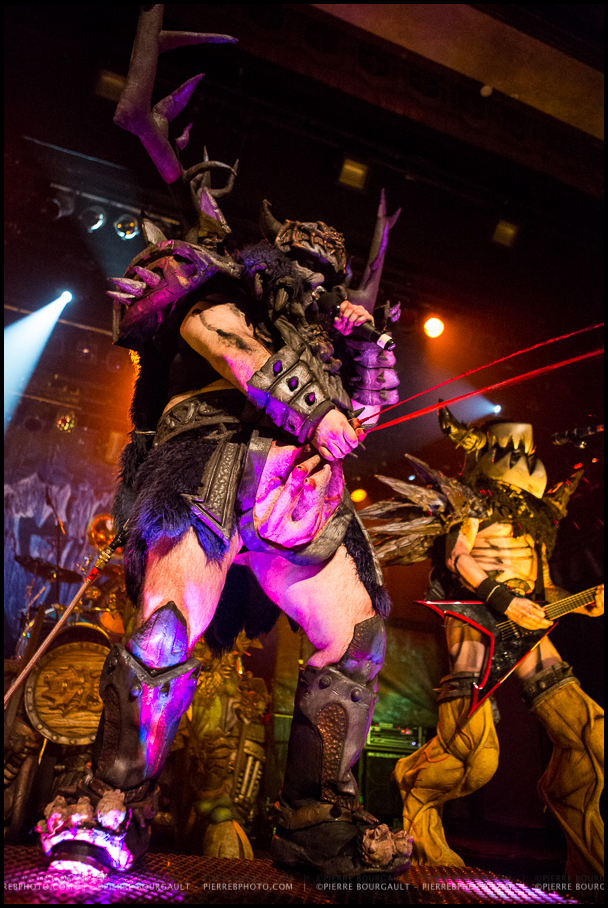 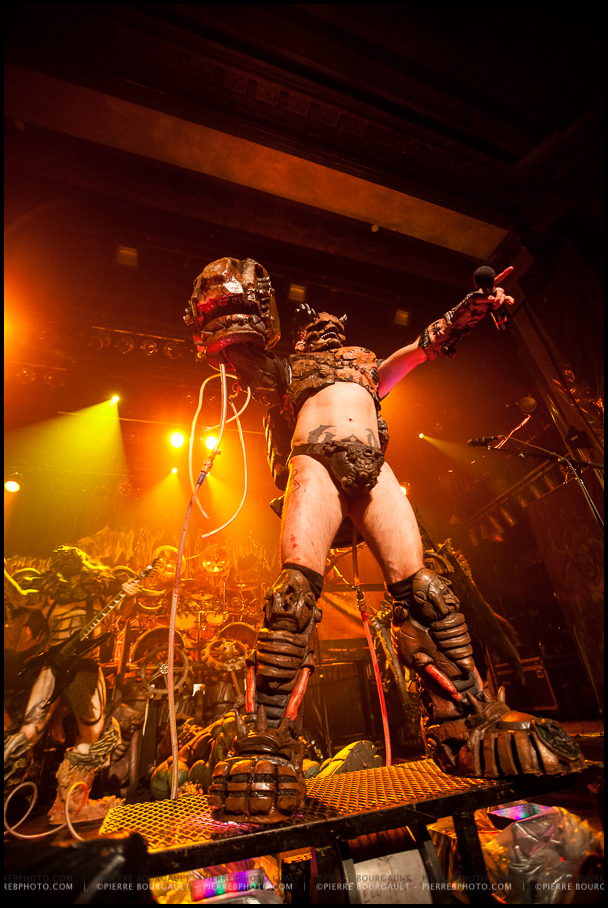 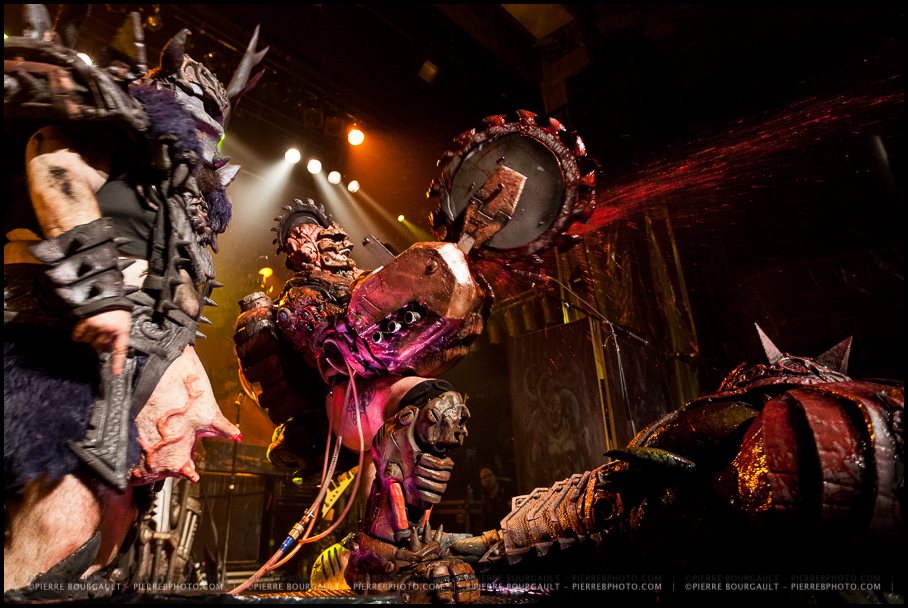 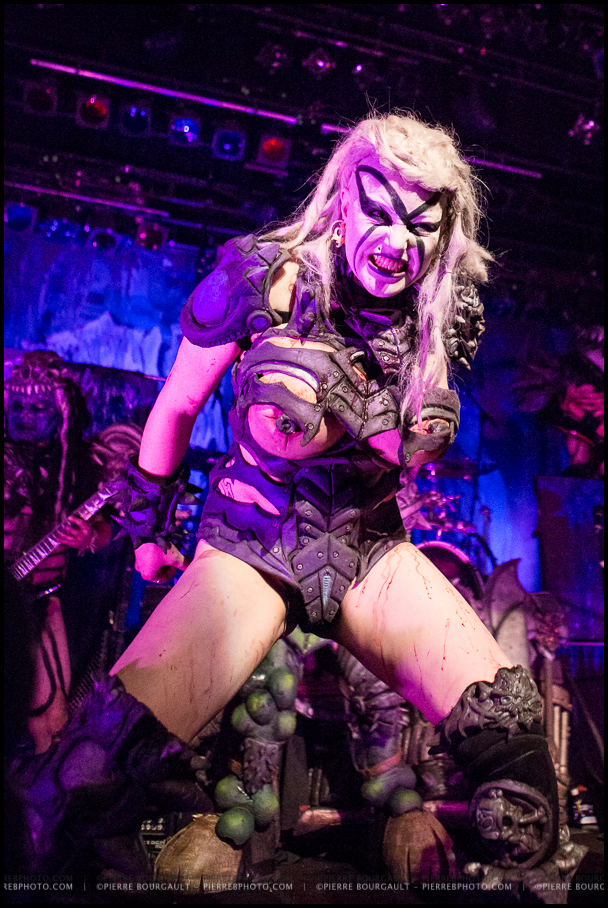 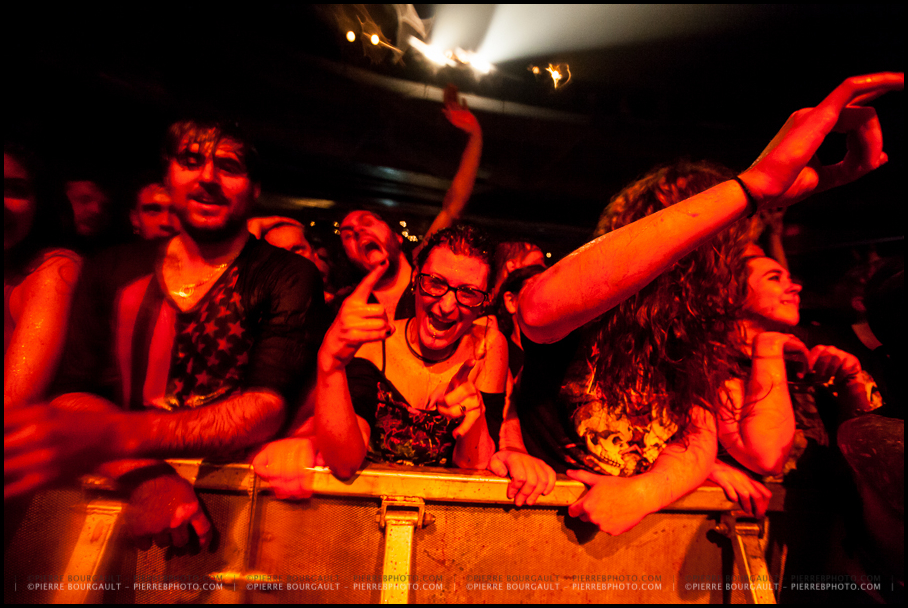 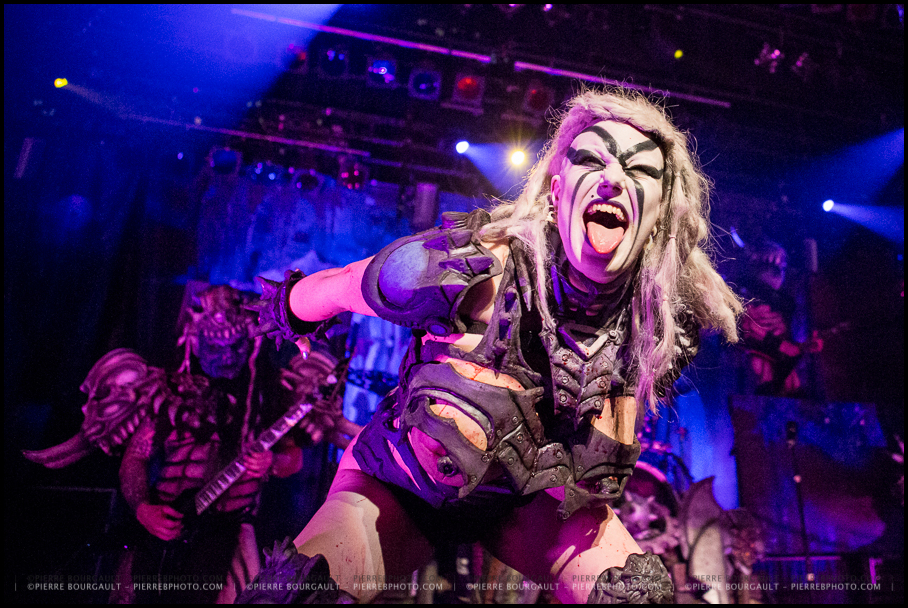 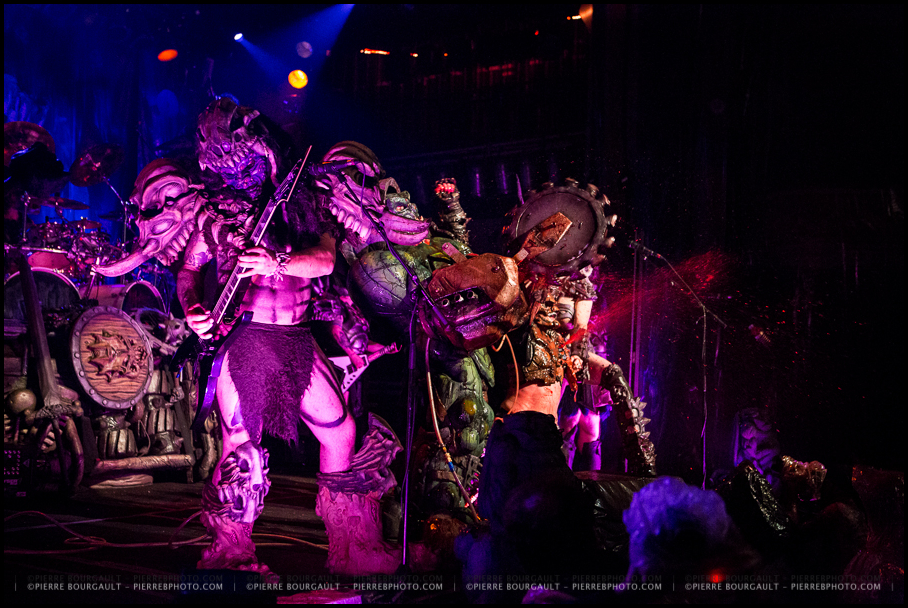 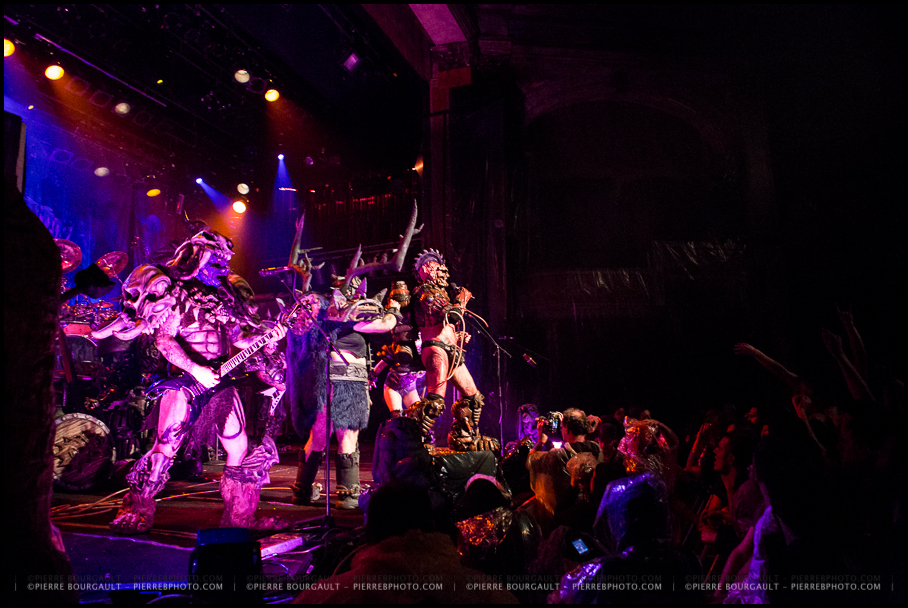 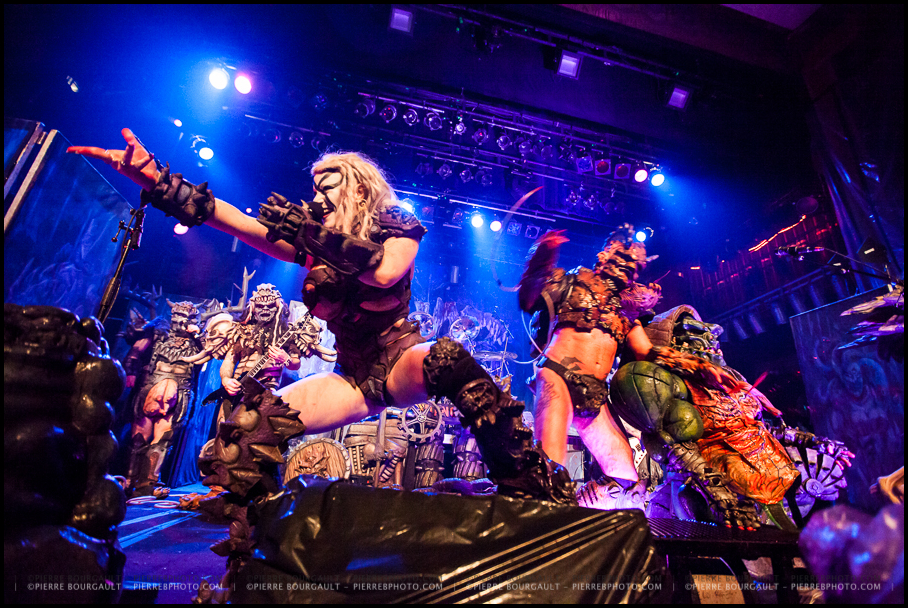 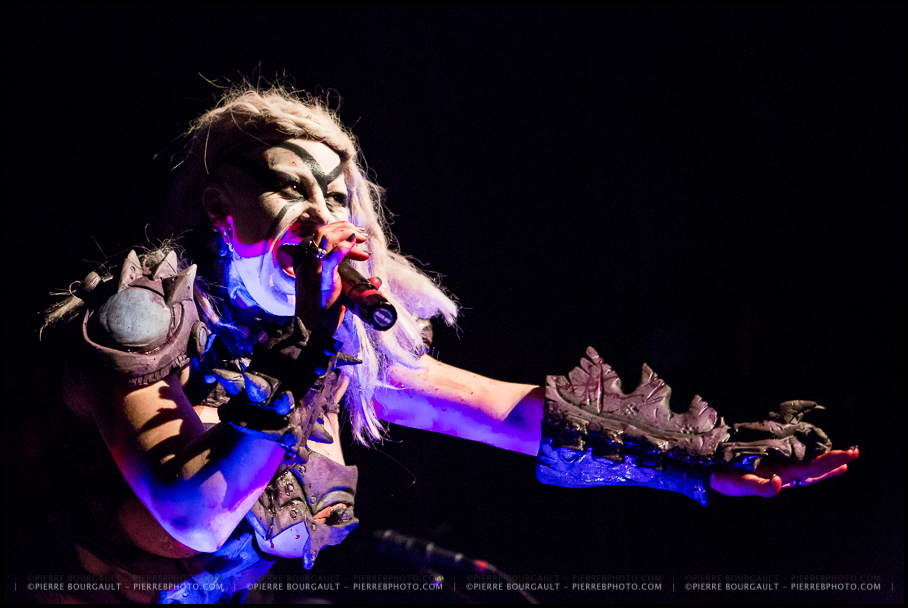 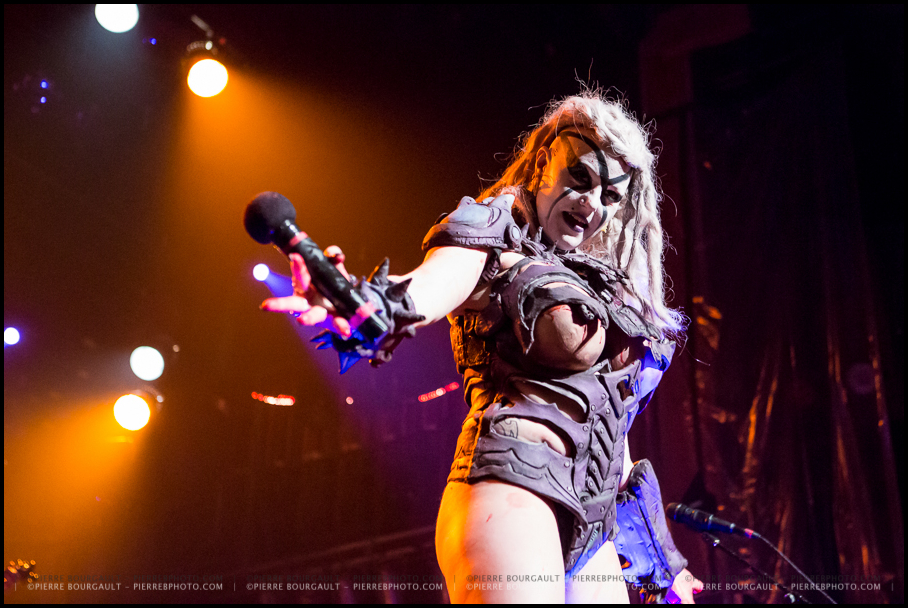