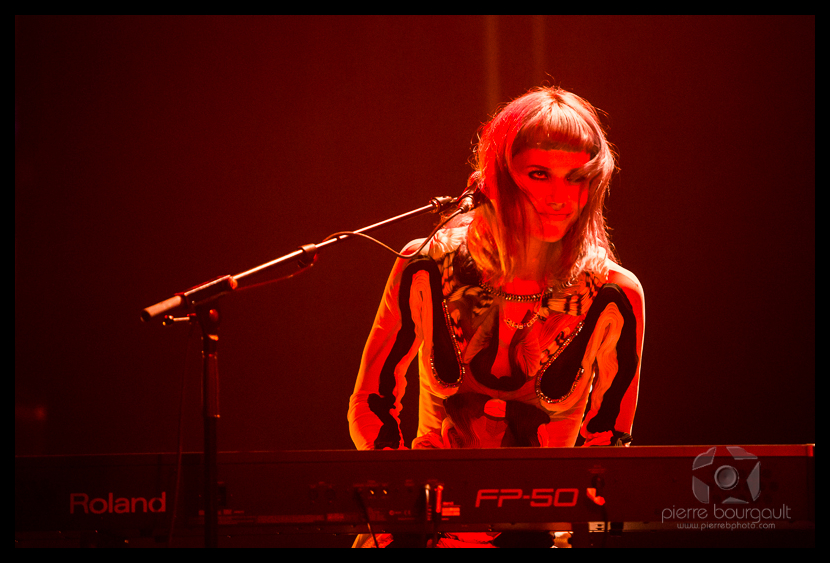 Danish singer Oh Land was at Corona tonight, playing songs from her new album to a pretty sparse crowd.  I was told just about 200 tickets sold (in a venue that holds over 700), but that didn’t spot her from keeping a smile on her face and putting on a good show.

Most of the crowd packed the front, which made the middle of the floor fairly easy to navigate, which makes my job that much easier.  Spent most of the night with a 70-200 attached to my 5D3 and made my way around the venue pretty much at will.  When the Corona is packed, I usually just go left to right once and get my shots, but I was able to freely walk around tonight.  My only photo issue was that the band was pretty stationary with not much light on them.  And being a bit far from singer Oh Land, made for getting multiple people in the shot a bit hard (which is something I love doing… oh well)

Lighting was kinda crappy for the first two songs, very contrasty.  But it fit the mood of the songs.  She spent most of the time on the piano, but did get up in the third song to sing at the mic.  Fun show, lovely music.  You can check out a full review and the entire image set up at Cornershop Studios soon! 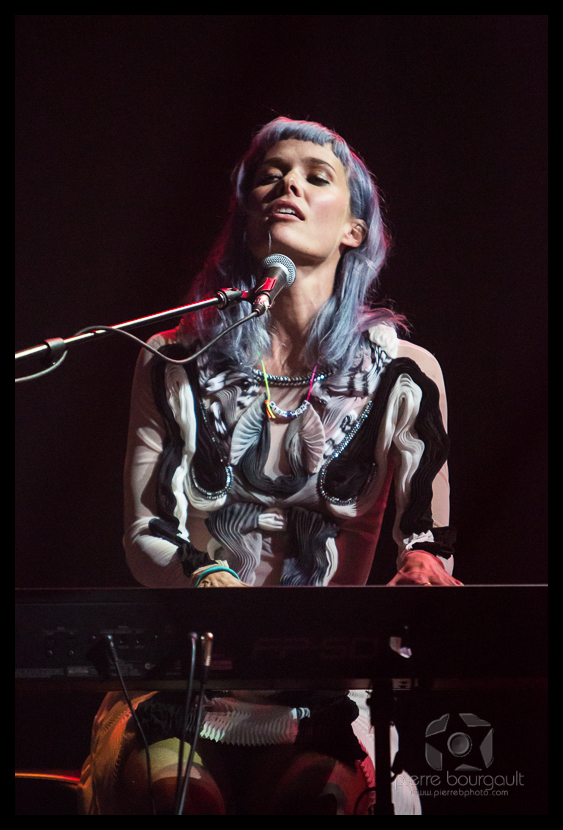 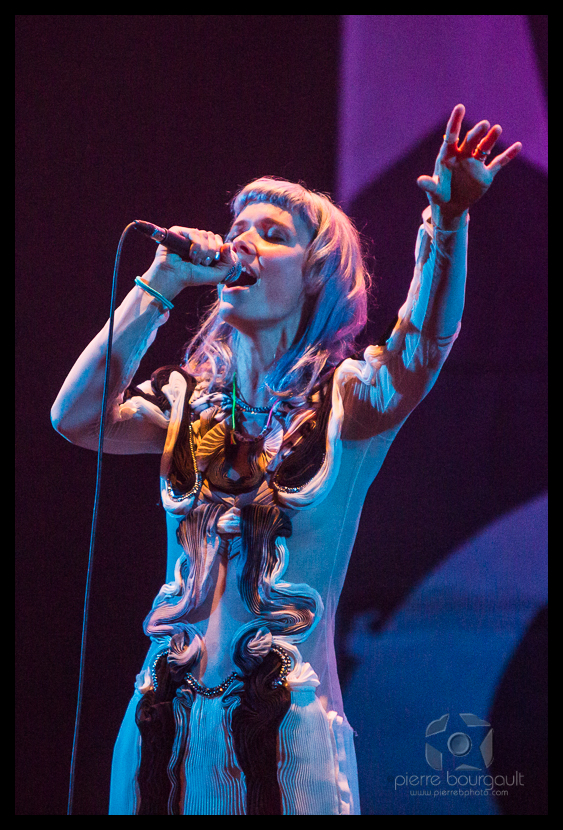 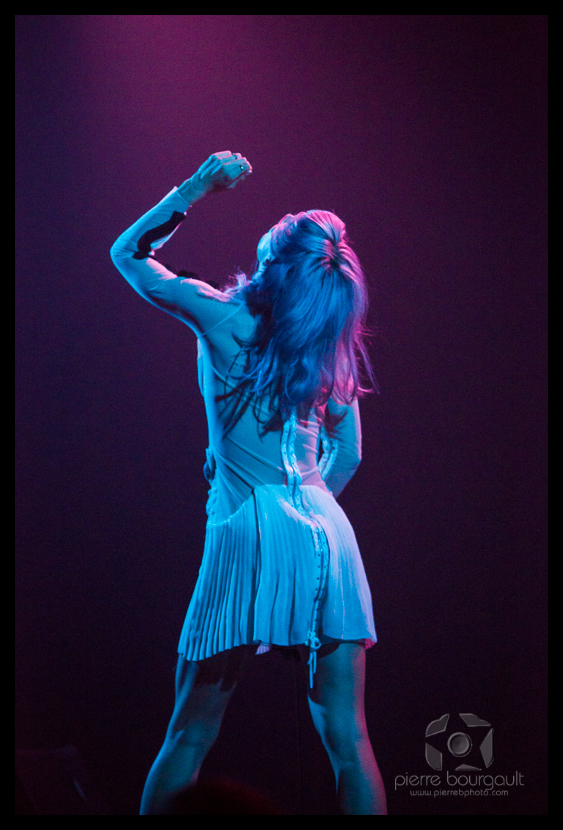