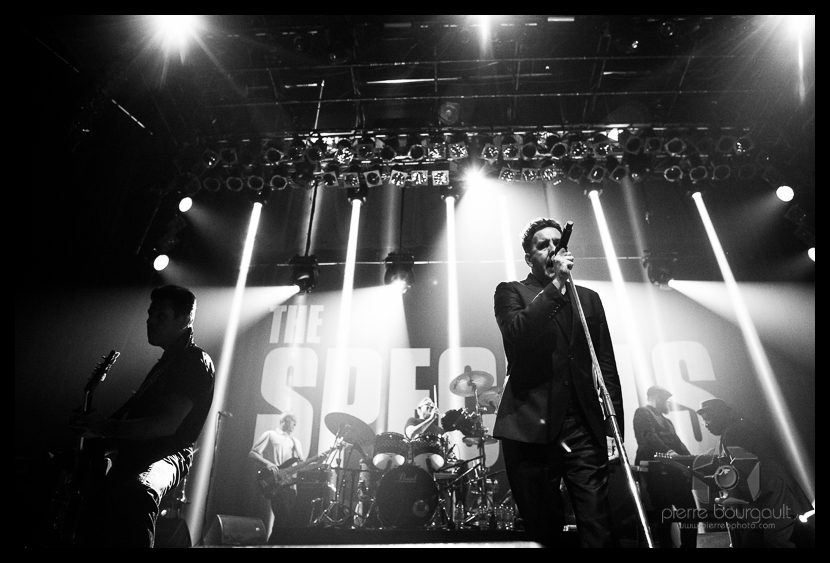 I could almost title this posting:  “And how ska ruled the night”.  In the last day of the Montreal International Jazz Festival, many medias had a dilemma… checking out the free closing show with Amadou and Mariam or heading to the Metropolis to see ska legends The Specials.  I got the call for The Specials and man, what a show… probably a highlight of my jazz festival.  It was the 5th show for me last night, and the one just before was outdoors in the rain… so I was happy to find a dry place in the photo pit. 😉

The guys are older (first album was in the late 70s) but man, can they still put on a high energy show.  Running from side to side, jumps, doing the running man… for a photographer, it was pretty challenging capturing the right moment.  The lights were contrasty and kept switching up, making exposure a pain.  And while I totally love it when artists come right up front of the stage, making some epic shots… happened that there were NO lights right there, so I ended up doing “artistic” shots instead of typical journalism shots, which is cool for me.

Thankfully there was a photo pit.  It was my first show during the whole festival (and the 2 weeks of Francofolies prior to that) where there was a pit.  And perfect timing too.  I seriously think this show could of been the finale show for the Jazz fest, it was just that good.  The only issue I had was with the sound.  Could of been that I forgot my earplugs (again) so things were way louder than normal, or maybe that I’m too old and my hearing is shot… I’m hoping it was the sound guy putting the volume a bit too high that everything kind of mixed in together a bit too much.

Little note on the header image… with so much movement on stage, I was damn happy to get a full band shot like that 🙂

A few photo notes and tips… when the guys came to the front of the stage where there was no light, it looked like this: 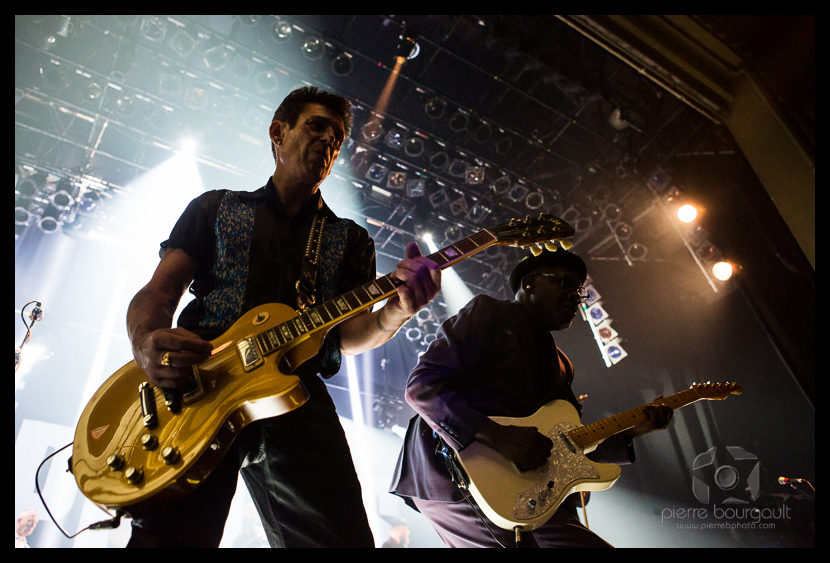 But, I noticed fan flashes going off, so I still worked composition and focus to hope and catch a flash in my photos… and boom!  I did.  So take note, it’s still possible to get some shots off with a wee bit of luck 😉 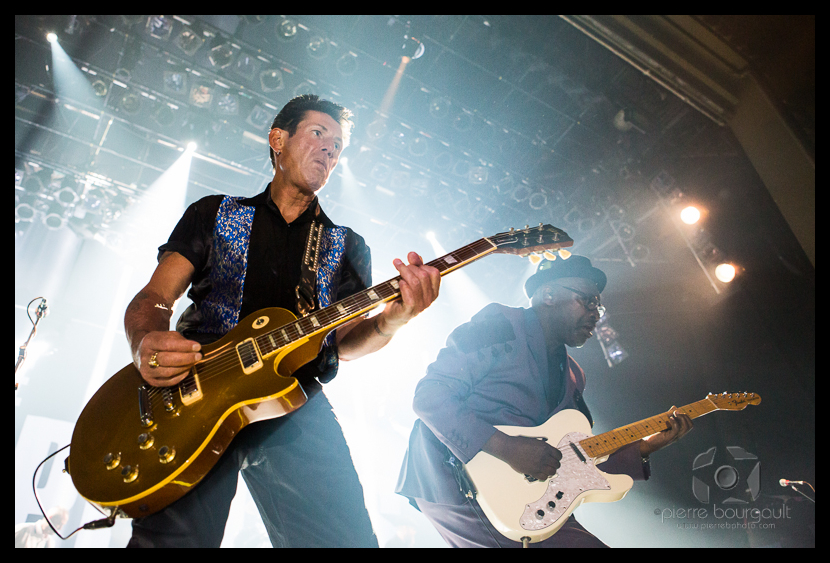 When you are stuck with hard to shoot lights and a very energetic band, playing with the lights is what I seek to do.  Whether it be flares, spots over the head to create some drama, or using the intense back light to get some shadows and fun effects. 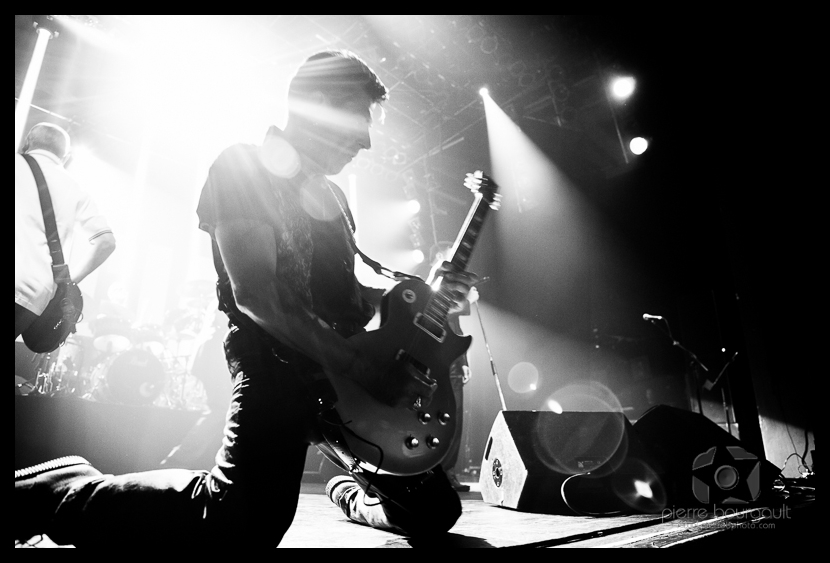 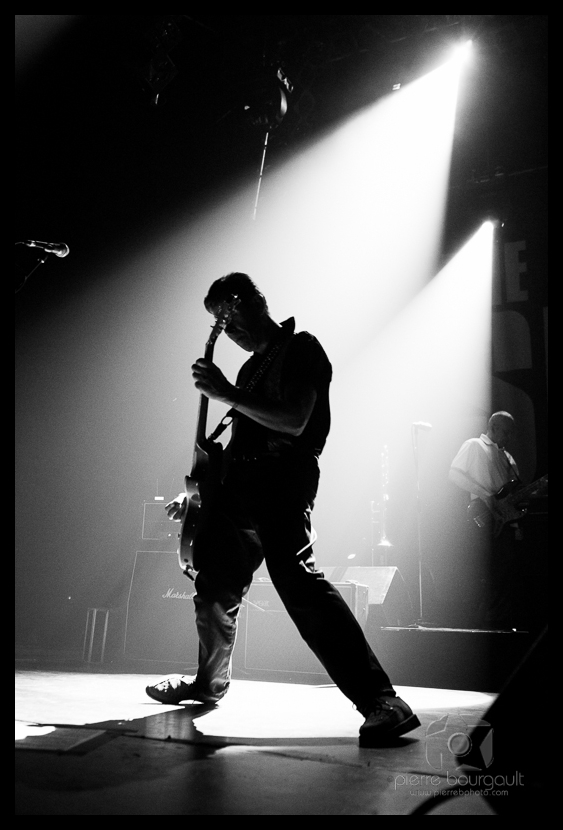 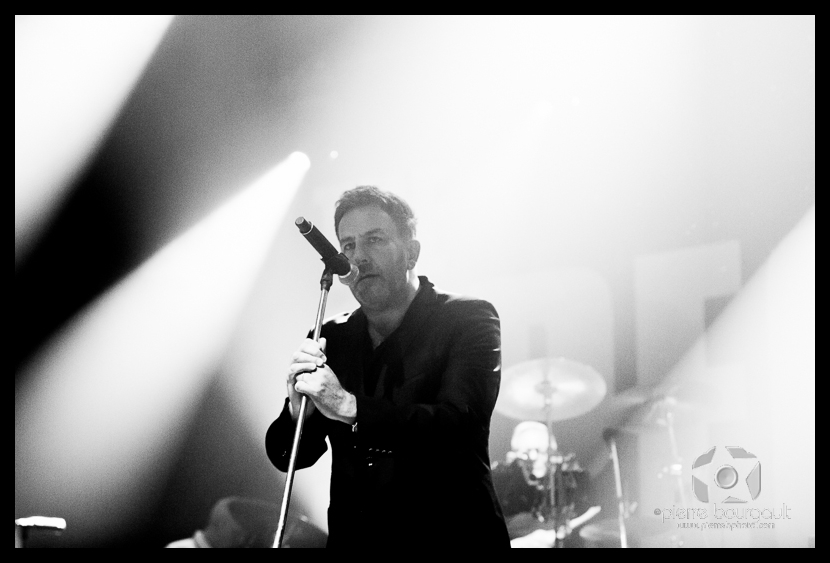 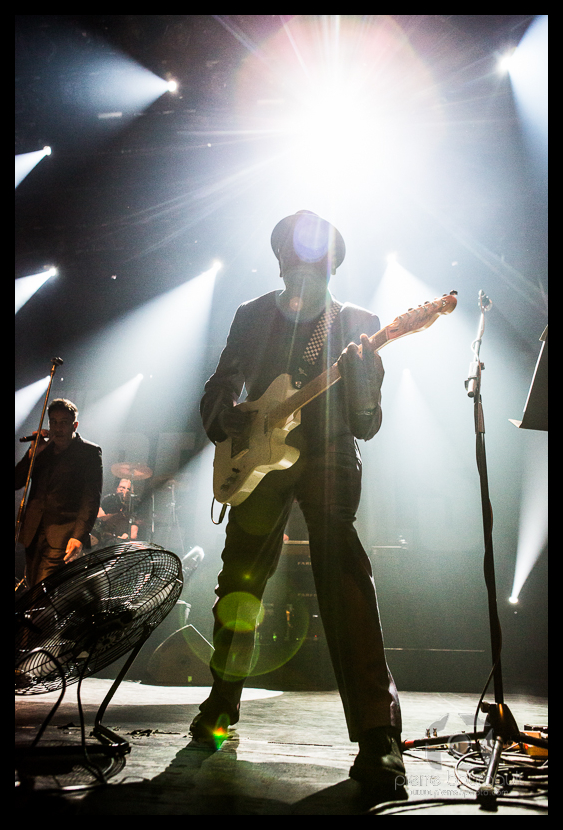 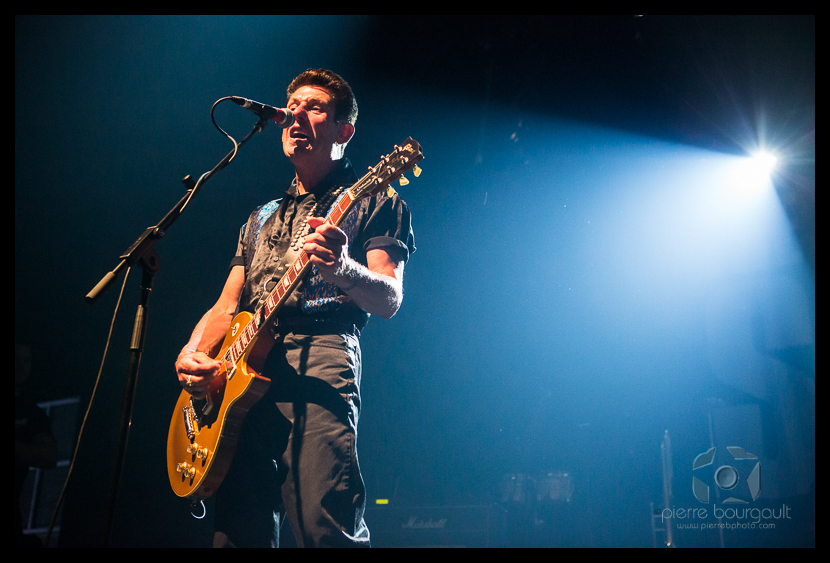 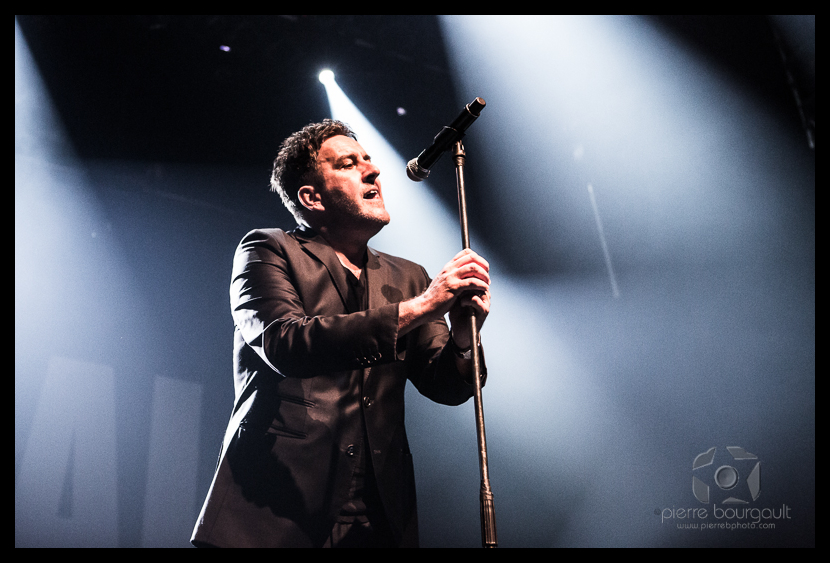 And yes, he was running in place for this one below… just had to wait for the right moment for his back foot to clear the fan 😉 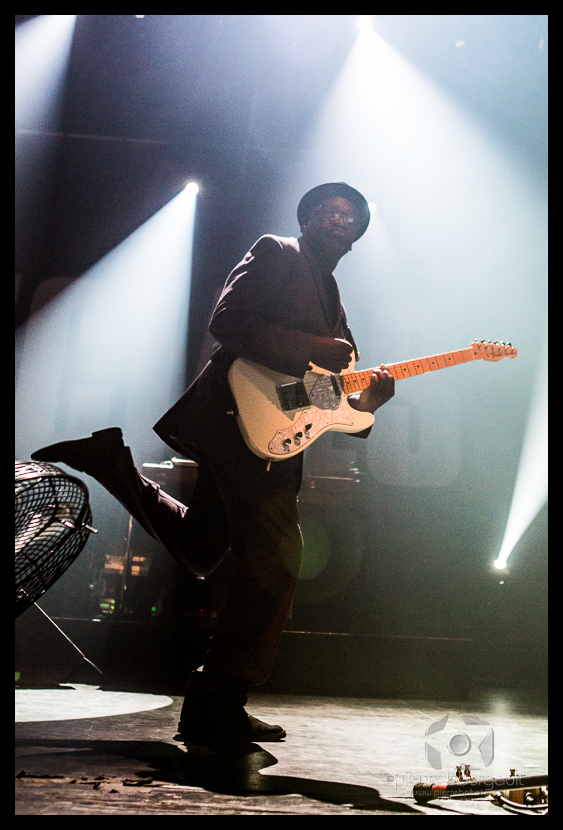 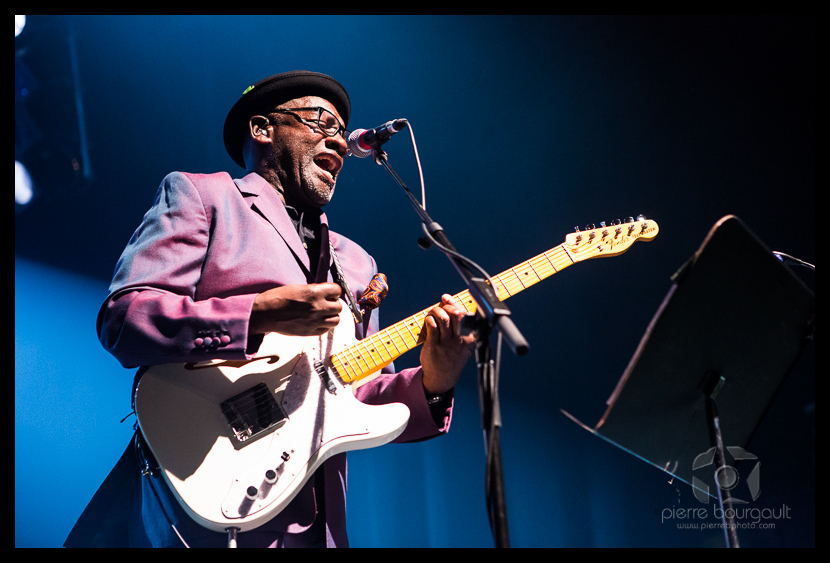 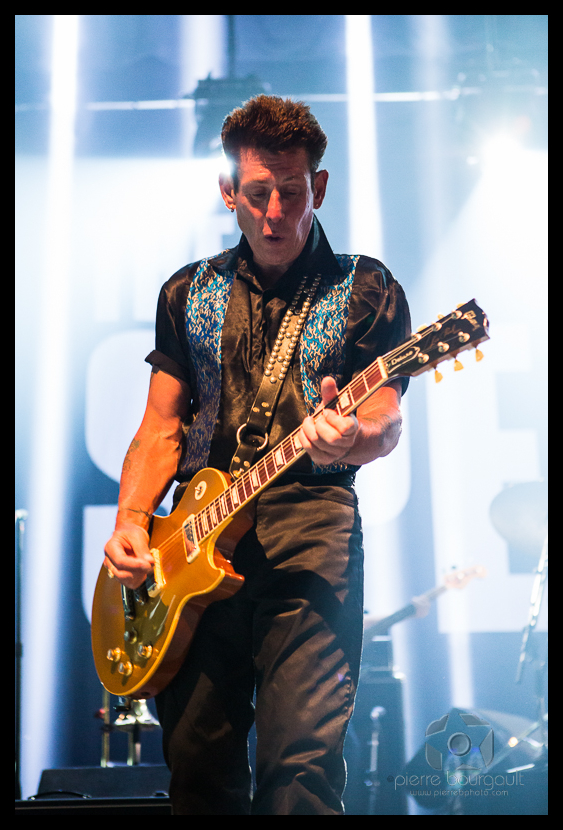 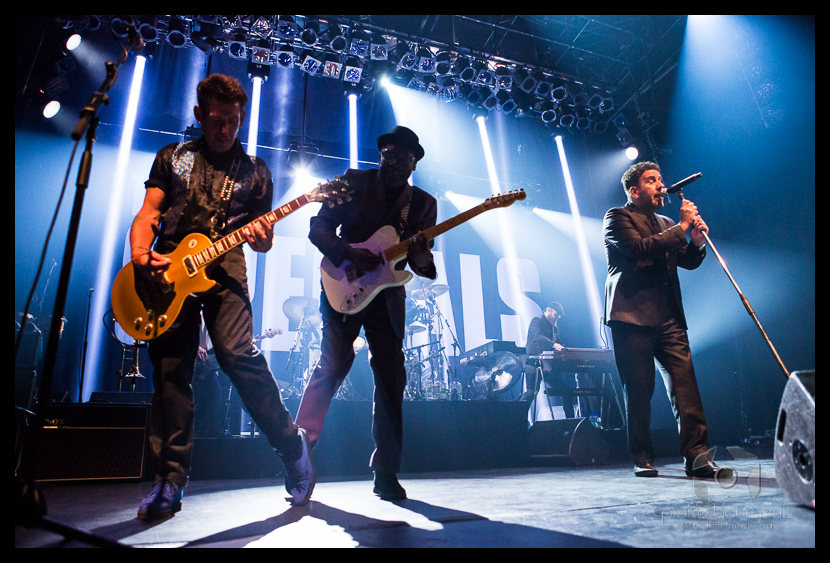 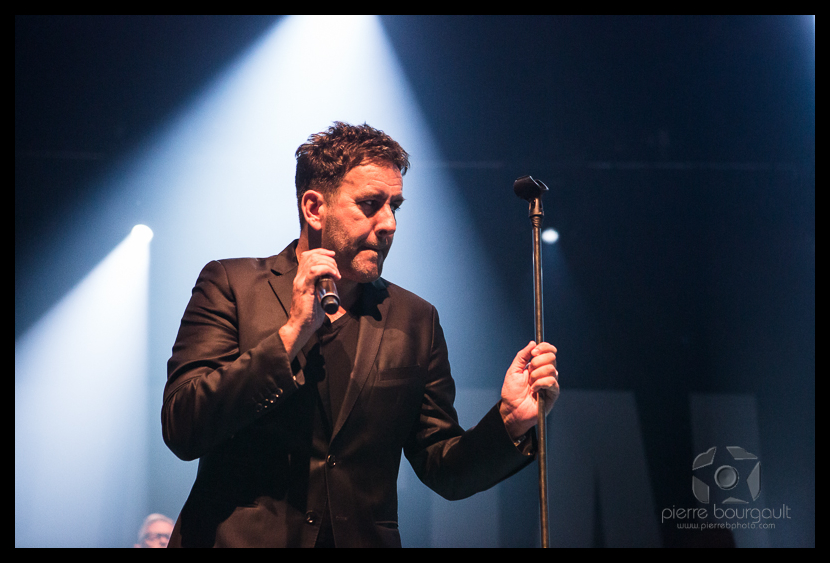 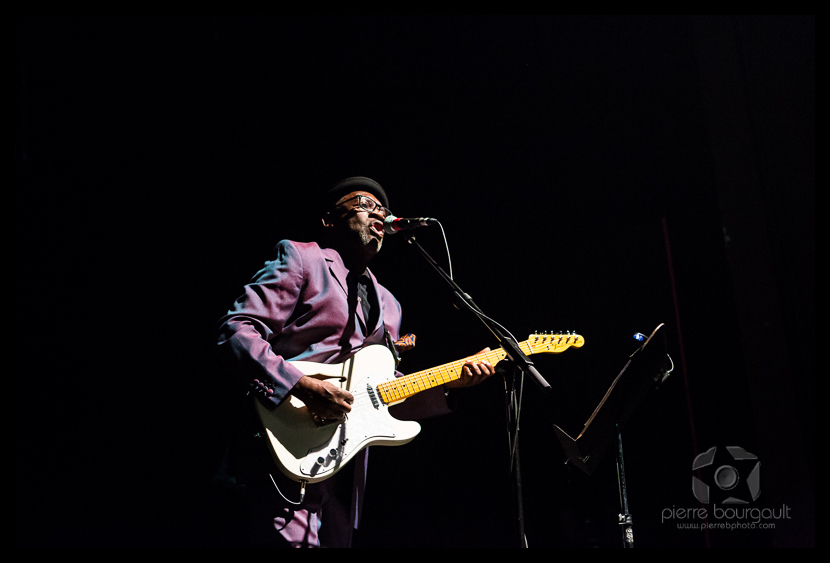 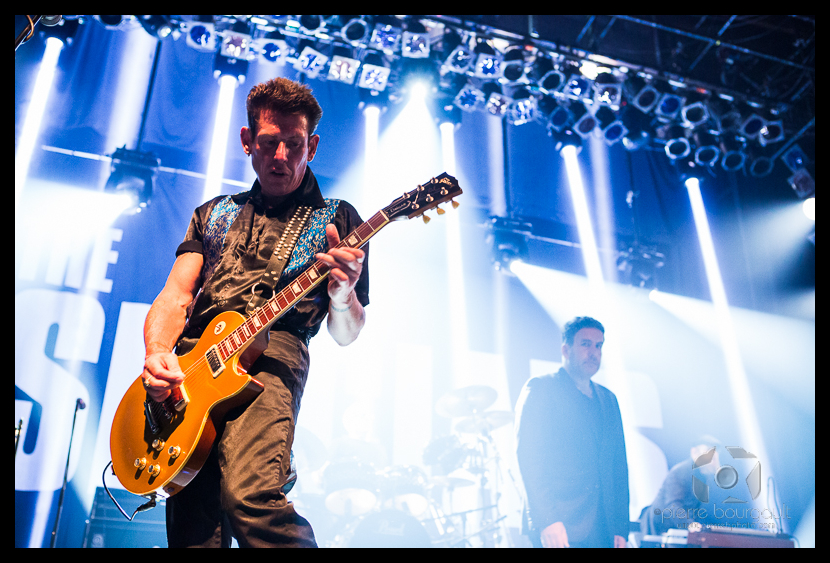 I was covering the show for local media Sorstu.ca … check out their site for their full Jazz Fest coverage, including the 14 or so bands I shot over the last week and a half.

If you want to follow more of what I do in shows (and other photos), make sure to follow me on Facebook !!  It’s where all the cool shit gets posted 😉