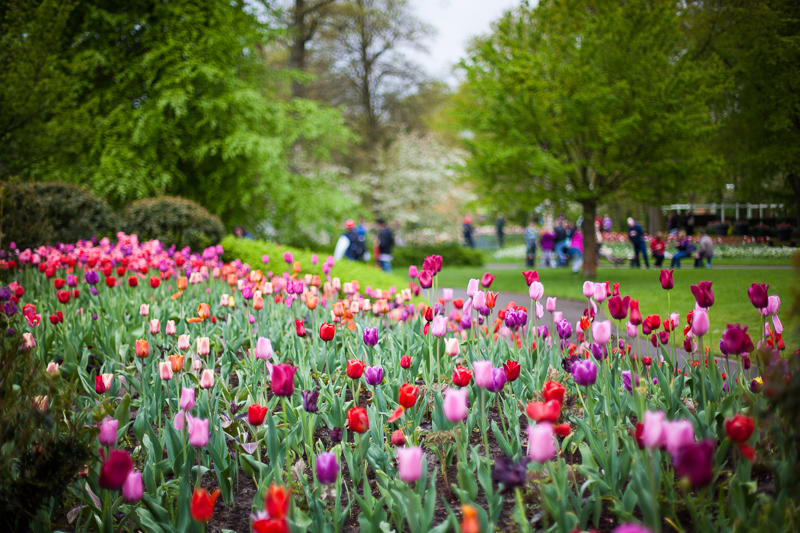 I know, I’ve been slacking on getting my images of my time in Amsterdam up.  Sorry (not really).  They’ll be up sometime soon, I PROMISE.

But in the meantime, I figured I’d take this first day of summer as a great opportunity to bring you something I very rarely shoot… flowers!  As Amsterdam is known for it’s tulips, and seeing as we were there in prime tulip season, we took a day to go visit some tulip fields.

The day wasn’t really what I was expecting.  I had visions of huge, long fields of tulips with a windmill in the distance, and making some great landscape images.  Nope.  We went to the Keukenhof Gardens, which are beautiful for a stroll, but also a major tourist destination.  There were lot’s of people roaming around.  And to top it off, the weather was grey and rainy.  At least some people decided to bring some colours anyways 😉

We walked around for a bit to get an idea of what was in the huge park.  We found those long fields I was dreaming about… but you couldn’t get there.  Bummer. 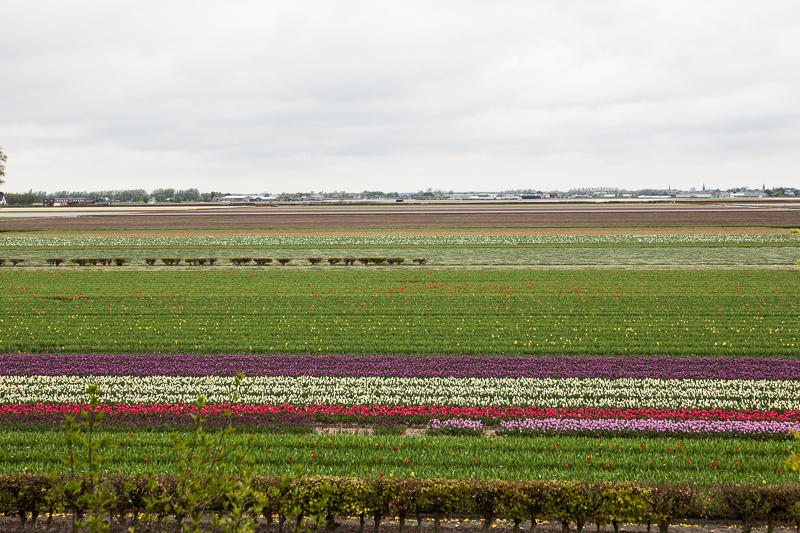 This was the last day of our trip and we were both a bit tired and… let’s say… in a zen mood (I’ll make a post on coffeeshops later).  So we hit up the snack bar to get out of the rain and grab a bite to eat.  Probably the best decision we made as when we went outside, the clouds had left, the sun was out and the sky was blue!  This however led to more people being out.  So we walked some more and started snapping some images of the beautiful tulip arrangements. 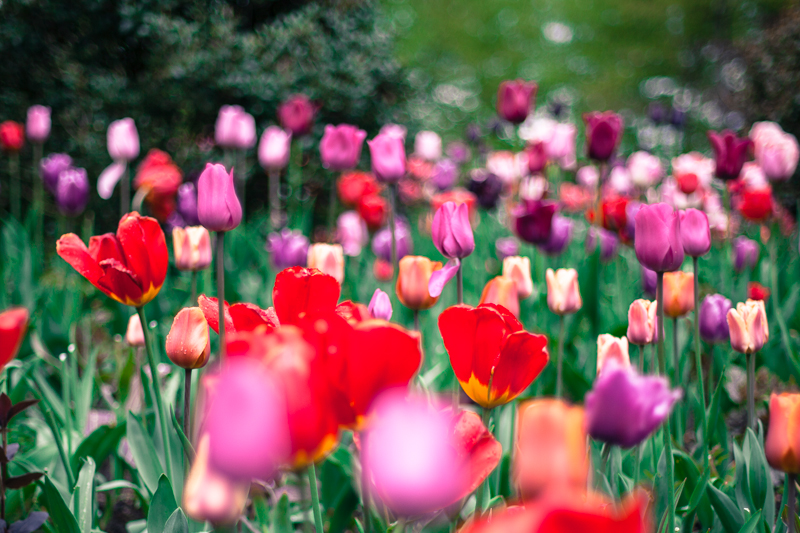 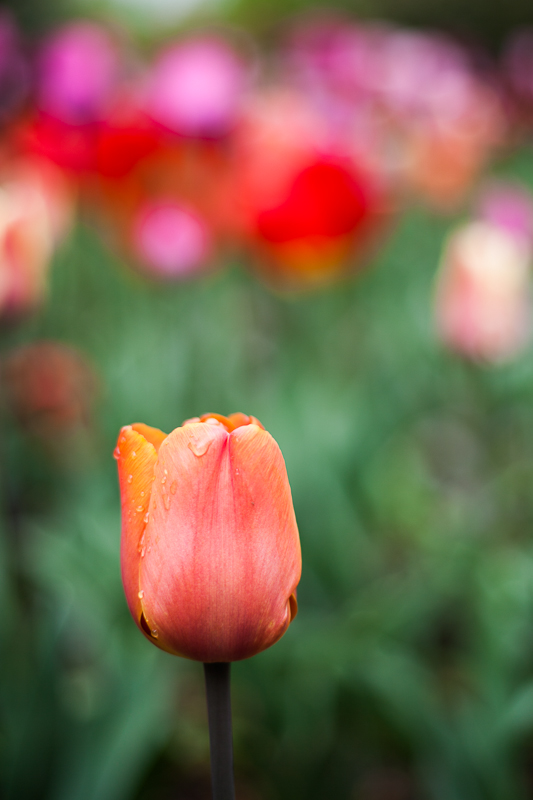 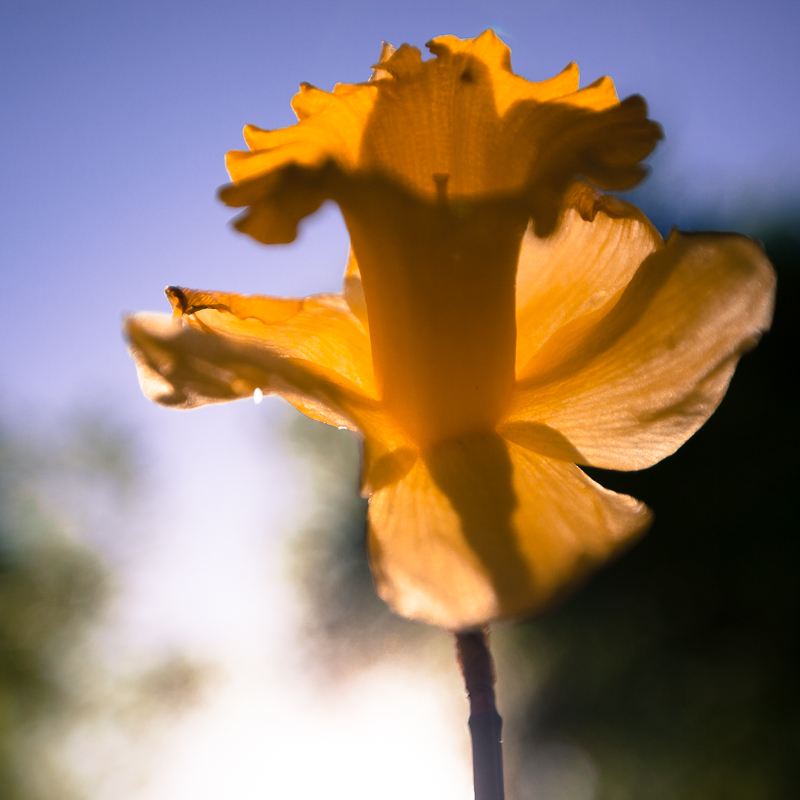 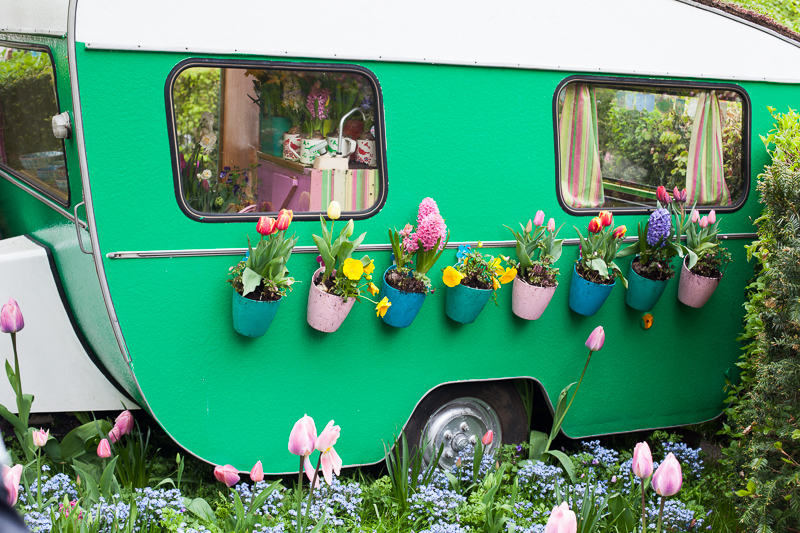 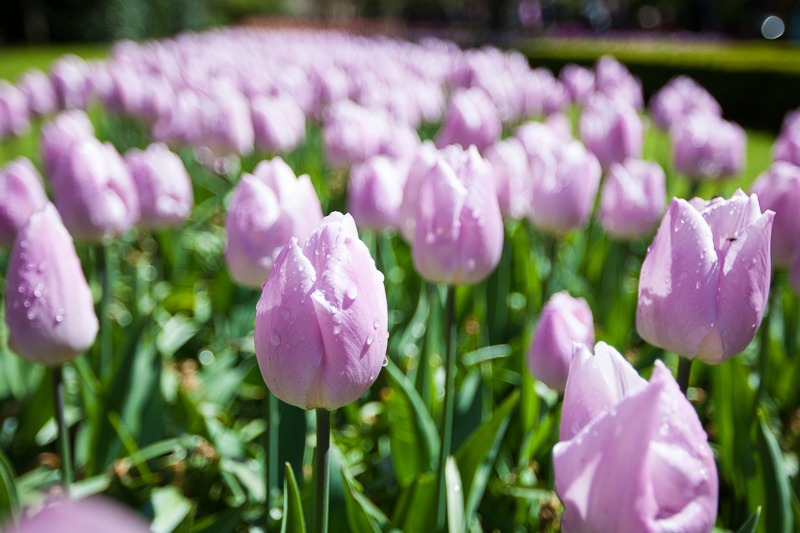 I kept trying to find a way to limit the amount of people in my shots and just focus on the flowers.  So I decided to do something a bit differently and shoot the tulips… from underneath!  Was kind of funny as I would be on my knees, camera gently put into the arrangement of tulips, shooting upwards! 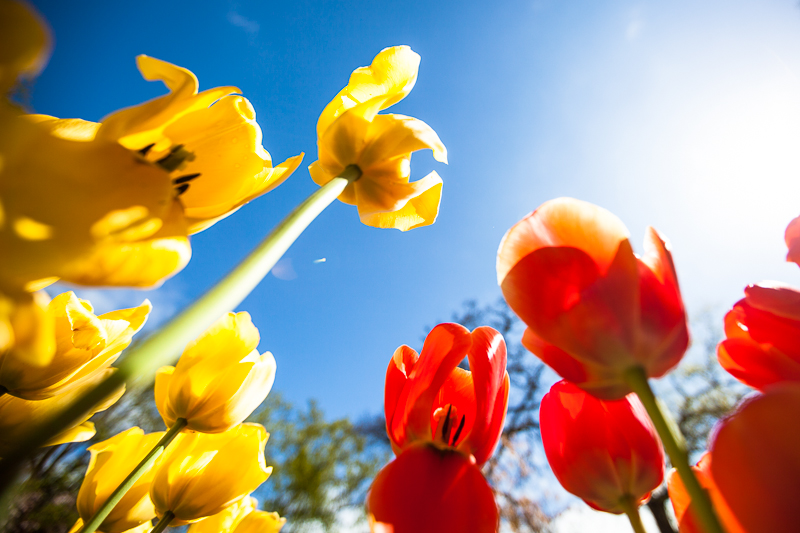 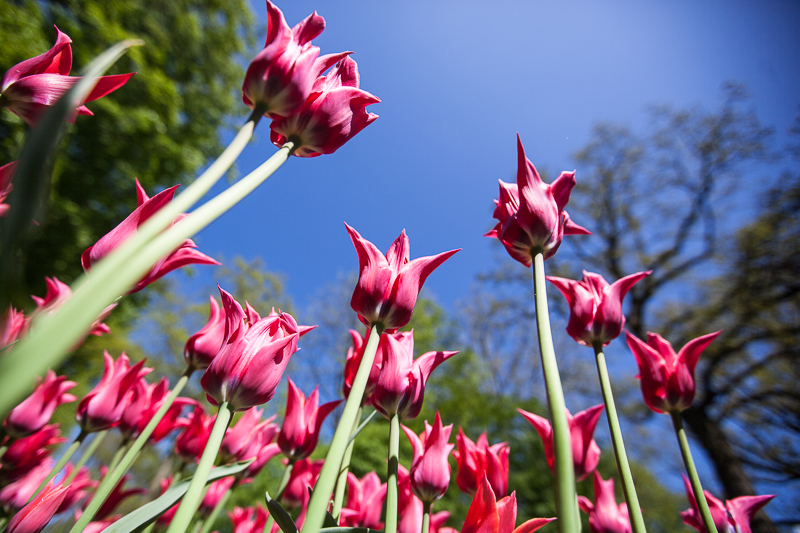 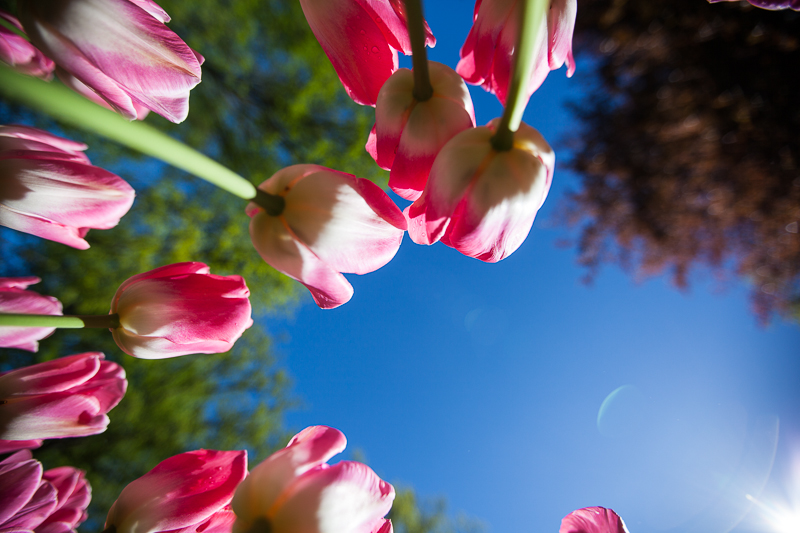 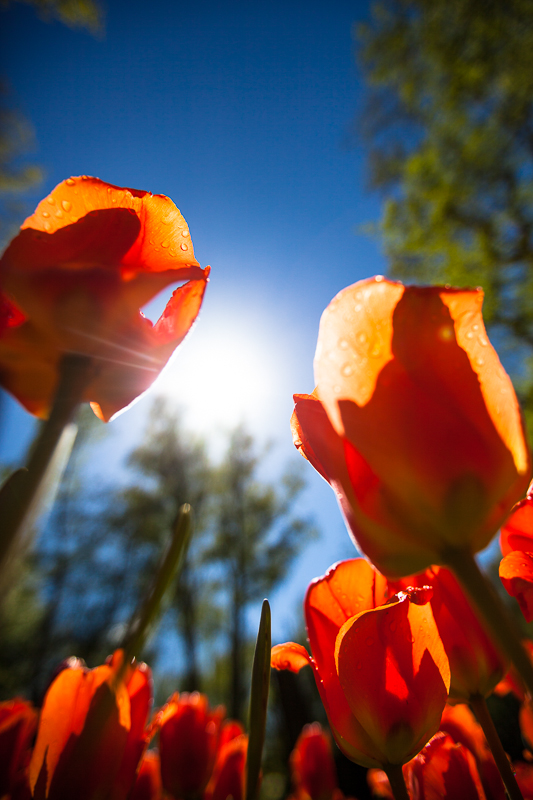 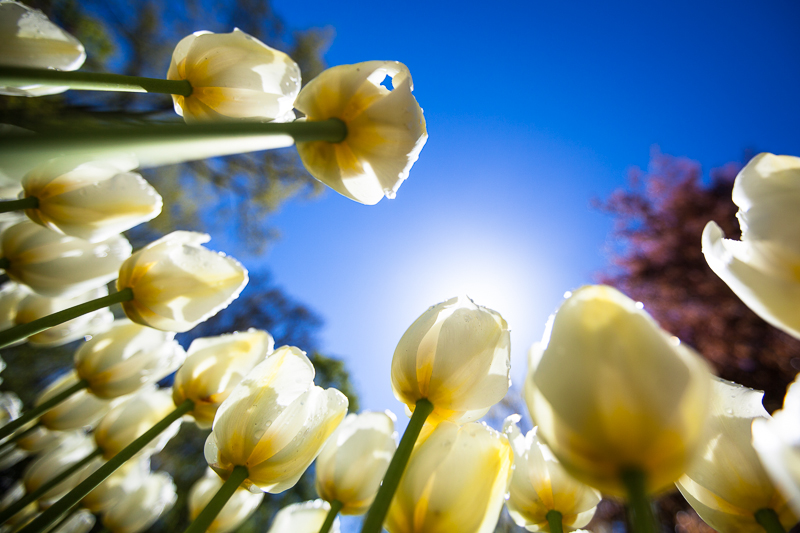 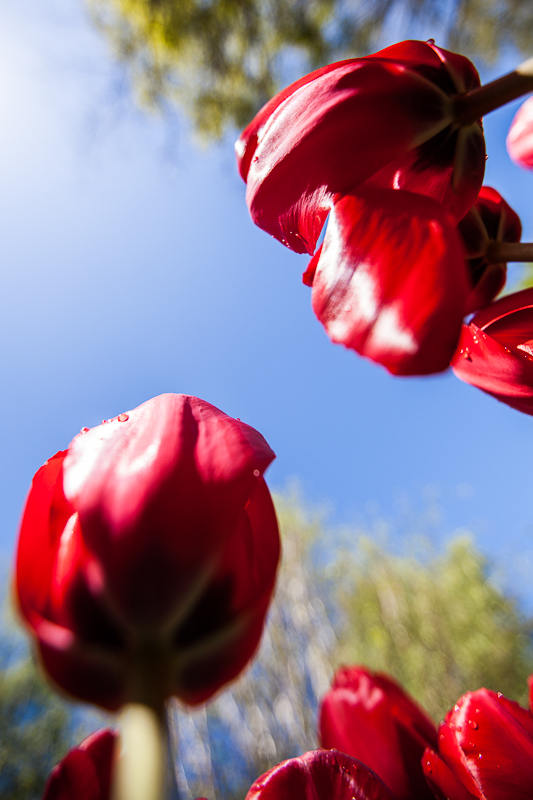 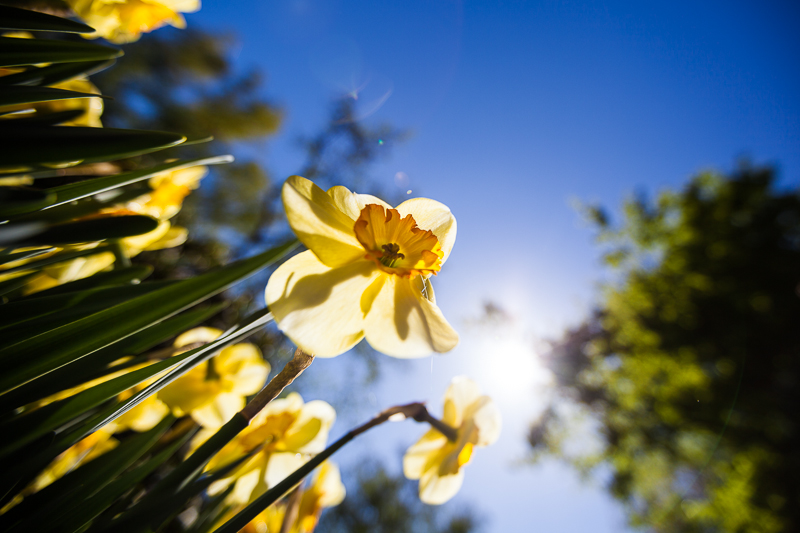 There was a lot of trial and error involved and looking through my viewfinder was pretty impossible, unless I wanted to shove my head inside the tulips… which would of made for some funny photos, but the staff might not of liked that took much.

Yep… so there ya have it!  Not much else to say.  When you are feeling a bit bored with what you are shooting, try and find a different angle to shoot from and make something a little out of the norm.  Doesn’t always work, but I kinda like this set of images.

Enjoy your summer everyone!