I know, not a fun show shoot or a cutesy wedding post… but still something note worthy.

As I nurse a hurt ankle, I was supposed to take it easy today.  Kept my movements to a minimum, but had a few errands to run downtown.  And today, I brought my camera along (well, ok, I do that on pretty much any other day).  And as I exited a store in downtown Montreal, I was in front of a bunch of protesters.  Looking around, it was easy to see that they were part of the nation wide rallies and protests, spearheaded by Idle No More, to bring to light aboriginal issues caused by the conservative government’s Bill C-45

The Idle No More movement which took for in November 2012, has been gaining momentum over the last few months. The group is concerned that the bill will take away some of the fundamental rights of the native people. It has led to one leader being on a hunger strike for over 4 weeks.  Blockades and other economic slow downs have taken shape over the last few weeks across the country, with nation wide rallies happening today as some native leaders meet with the Prime Minister, the biggest protests obviously happening in the nation’s capitol Ottawa.

Here are a few clicks of the rally at Place Emilie Gamlin today.  Peaceful, emotional, to the point.

And no worries, I’m not turning this blog into anything political, just documenting my day to day life through images. 🙂 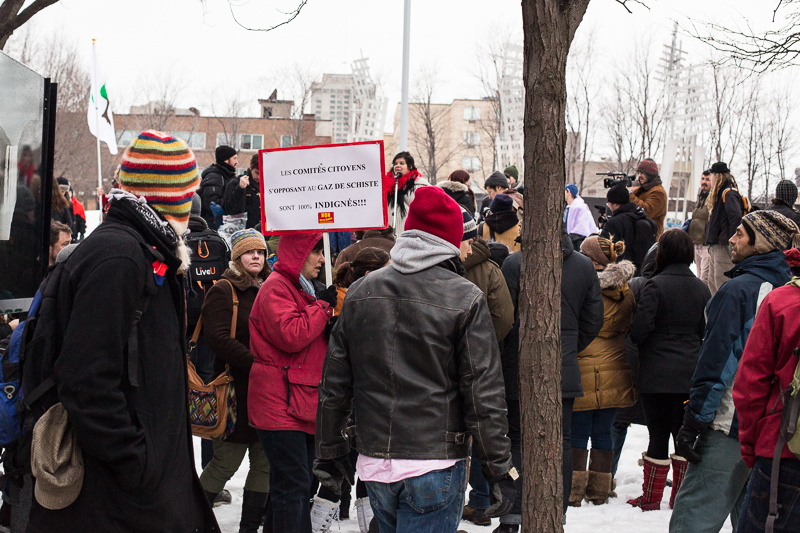 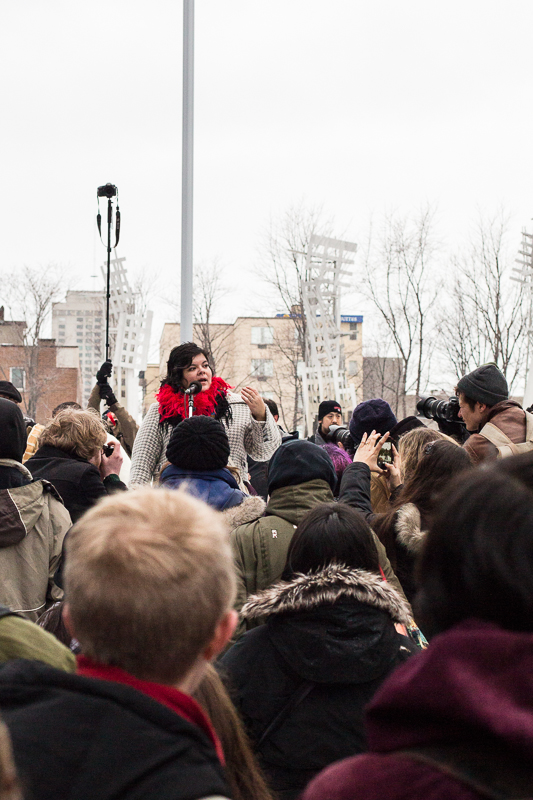 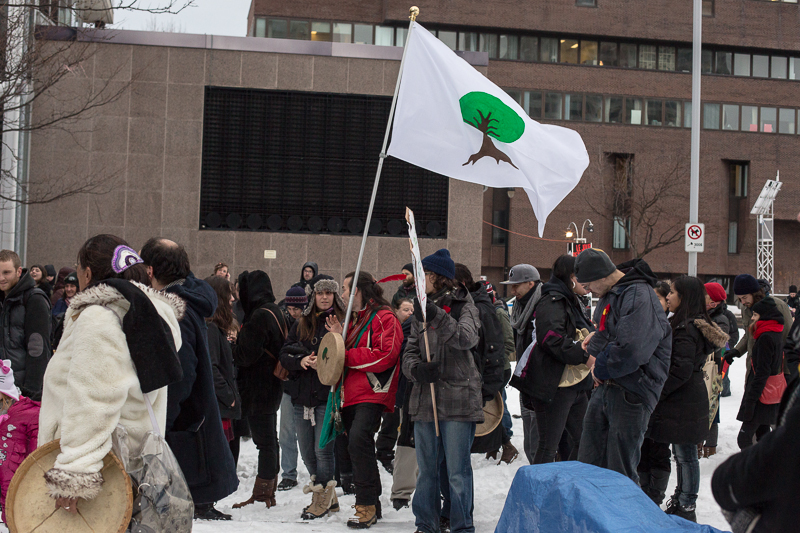 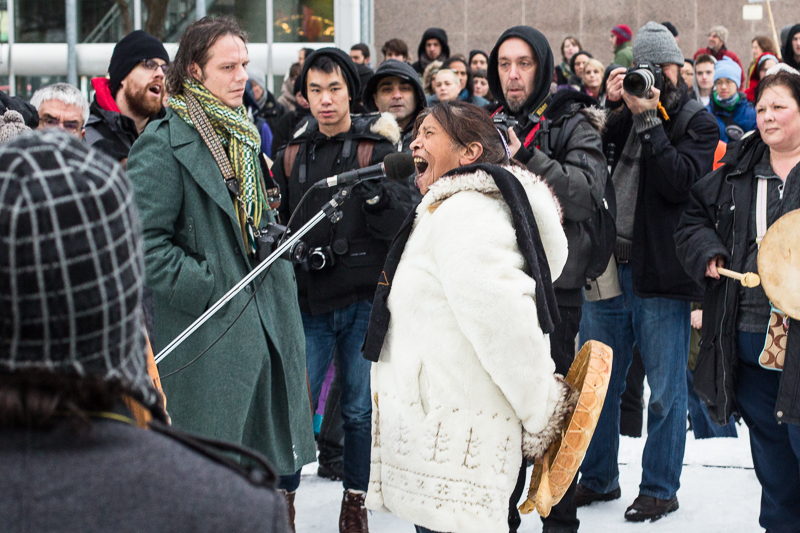 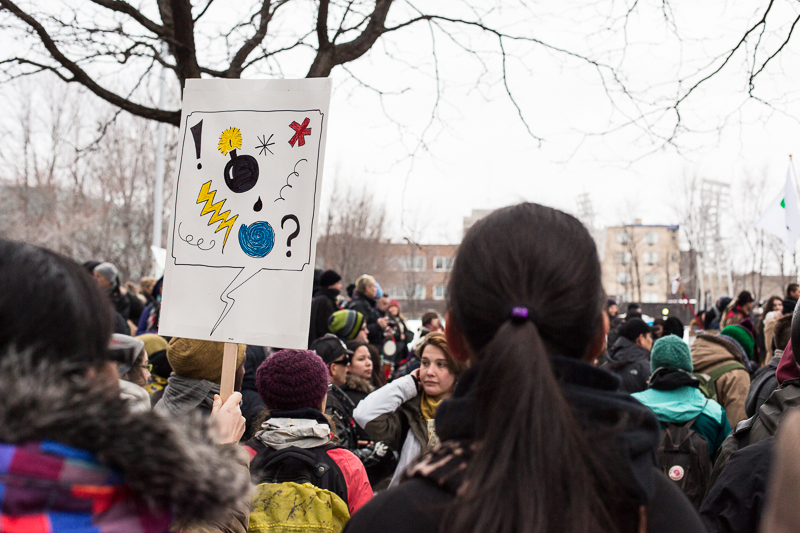 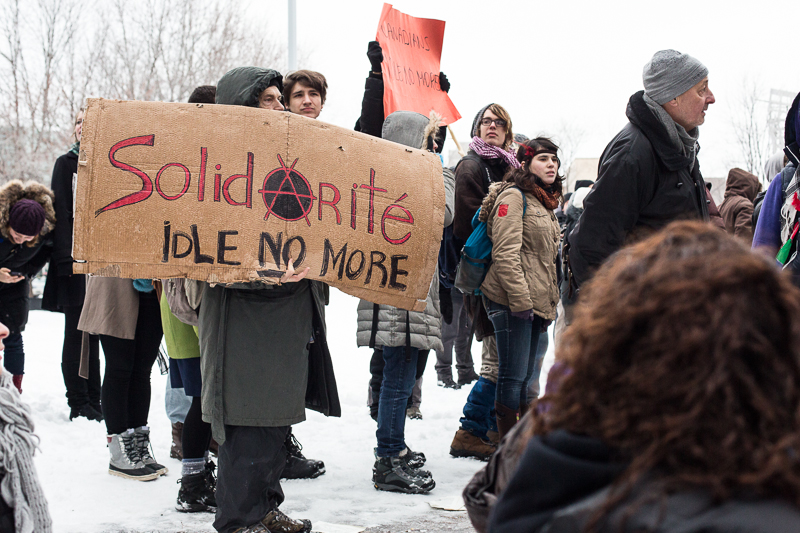 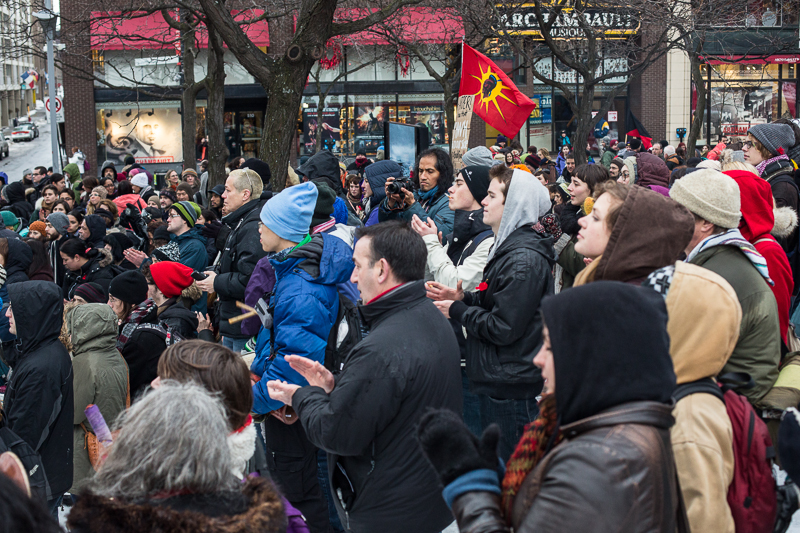 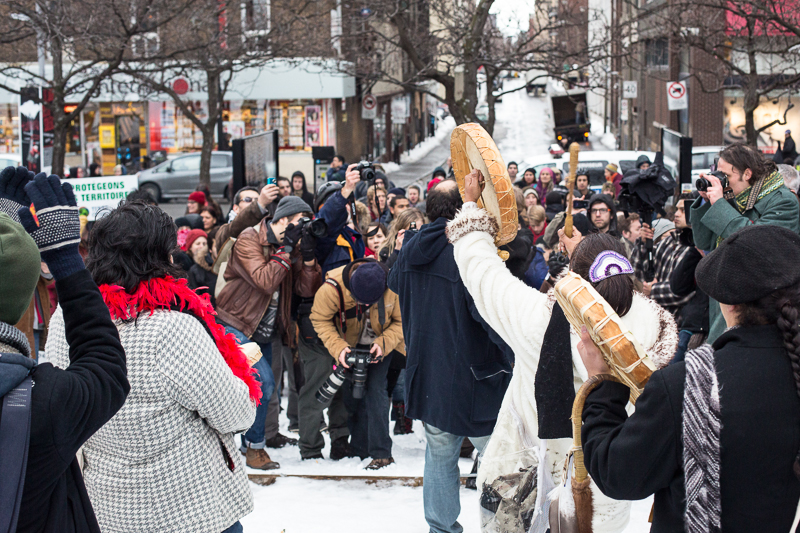 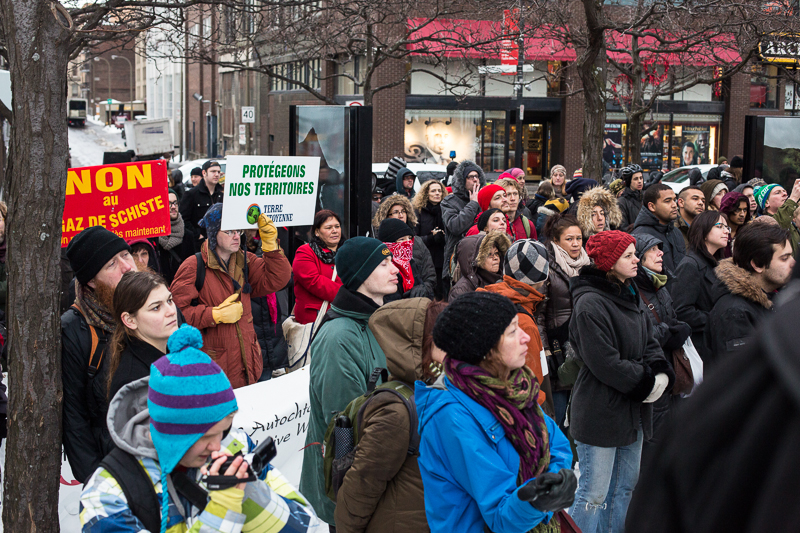 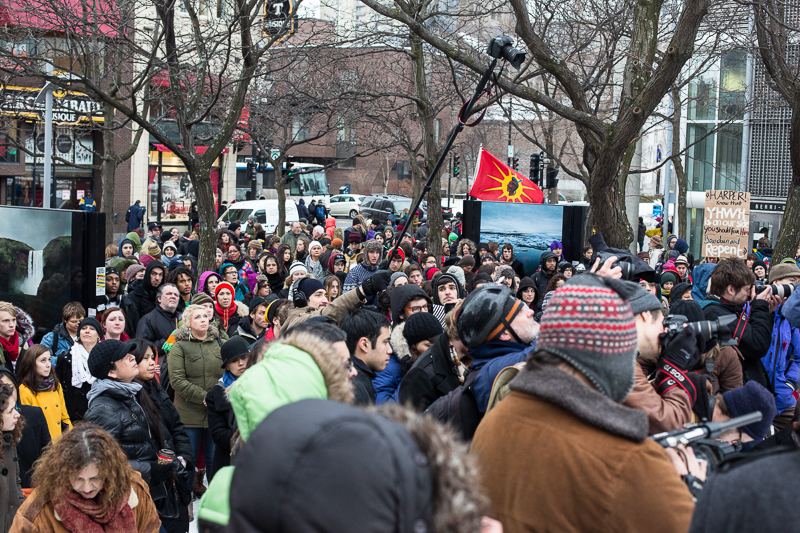