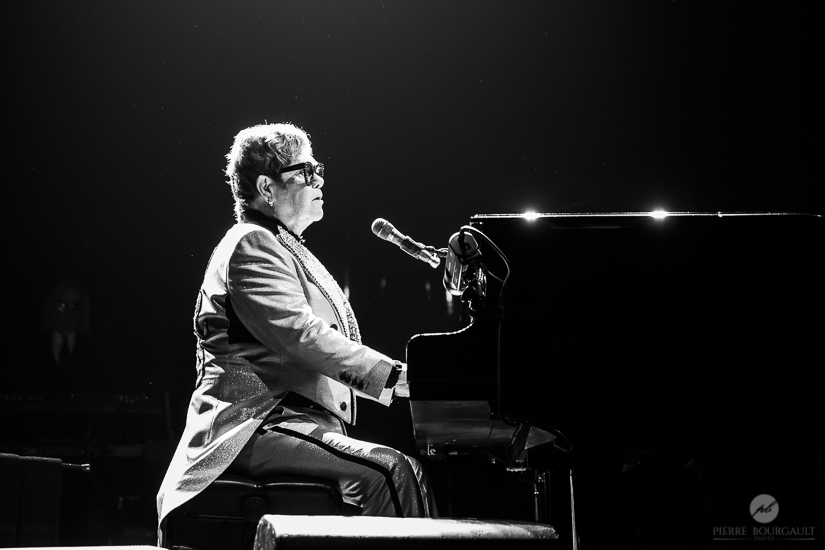 Sir Elton Hercules John. Is there anyone who doesn’t know that name? A staple of the rock world since 1962. The 71 year old has recently embarked on a multi-year final tour, Farewell Yellow Brick Road. 300 shows to mark the end of such an amazing career, with so many inspirational songs. The Rocket Man stopped by Montreal’s Bell Centre on October 4th, just under a month after the tour started.

Elton John has notoriously been stingy in the past with photographers. But on this goodbye tour, a select 7 picture clickers were allowed to capture the legend for a total of 2 songs. The 1st song of the setup up front and the 5th song of the set from the back. Hey, when the artist is a Sir, you take what you can get… just like fellow knight Paul McCartney a few weeks ago (2 songs from the back).

While working behind the lens makes it so that we don’t really enjoy the show as a fan does, thinking of the light, the moments, our settings and angles, it is always a pleasure to work during songs that we know… and the first song was Benny and the Jets and the fifth, a personal fave of mine, Tiny Dancer.

You would think that a man sitting at a piano photographed for one song would be very static. But between verses, he usually turned towards the crowd and smiled. He even found the time to get up from behind the piano for just a few seconds… turning what would of been a very monotonous set of images into an actually diverse set. 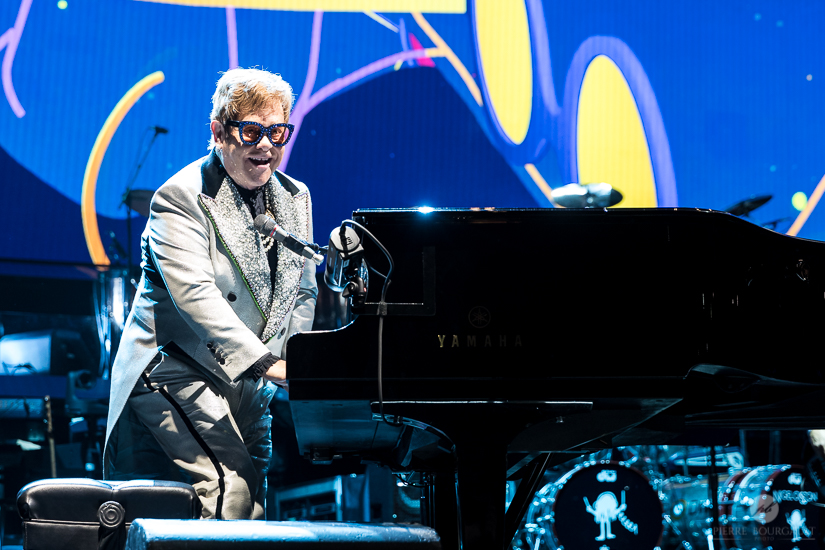 But this is where listening and watching is key for photographers. I noticed right after singing a verse, he turned towards the fans. I was set to shoot wider shots and missed the close ups. Knowing the song, I know the verse repeats a few times so I switched cameras/lenses to my telephoto lens and readied myself for when the verse would arrive again, and low and behold, he turned again to the audience. Click. And he did it again. Click.

On the sad side, while we were back at the soundboard, I was unable to test my lenses and focus ahead of time, something I usually do once I get to our shooting area (make sure all lenses are in auto focus, take a couple of snaps to make sure everything is technically ok) as he was singing song 4 and we had to wait for song 5. As I tried to take my first image, nothing happened. I tried again. Nothing happened. I looked at my display and my aperture was reading 00, which usually shows when you don’t have a lens attached. I had put on my 1.4x teleconverter before the song began, knowing I’d need the extra reach. I removed the lens/teleconverter and clicked it back in place. Same problem. So off it went into my pocket, and now I need to either get it fixed, buy a new one, or invest in a longer lens. Sigh.

Thank you Elton John. Not only for the access to photograph and not having a contract to limit our distribution of the images, but for the decades of inspirational music.

Photos were taken for iHeartradio.ca and CHOM 97.7 … full media set can be seen HERE

As always, below are my faves of Sir Elton and a few exclusives 😉 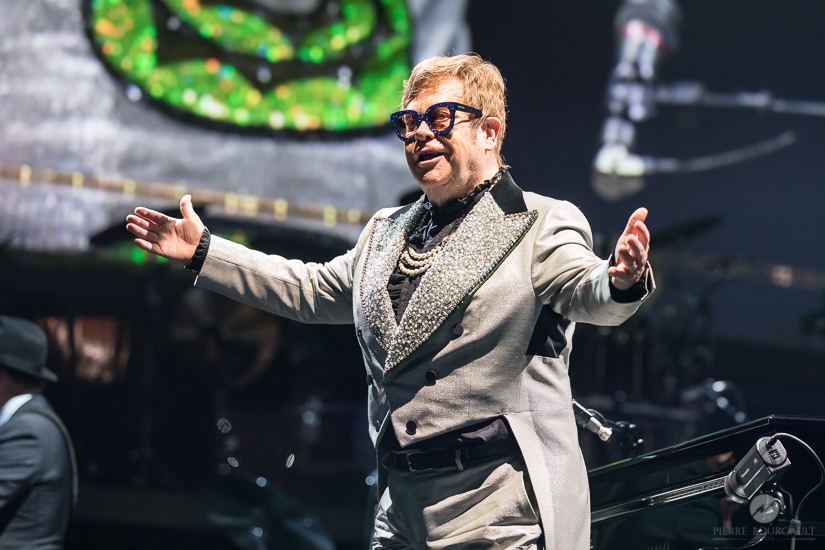 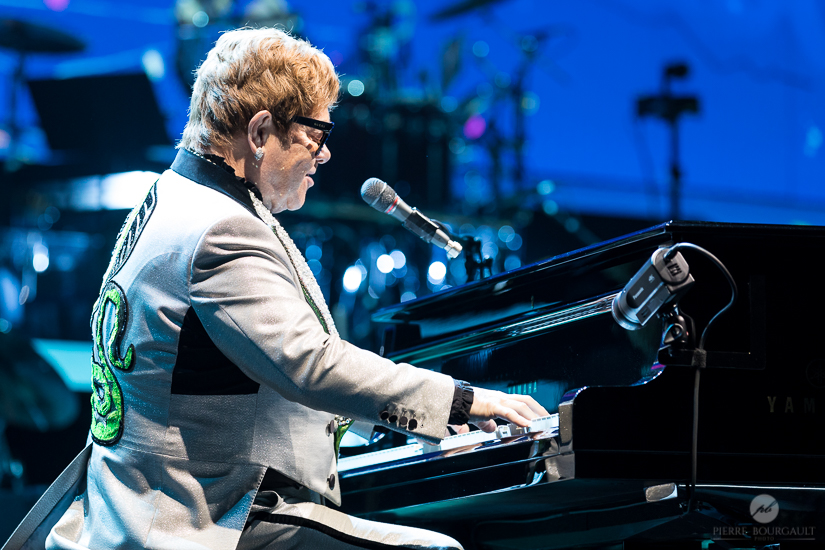 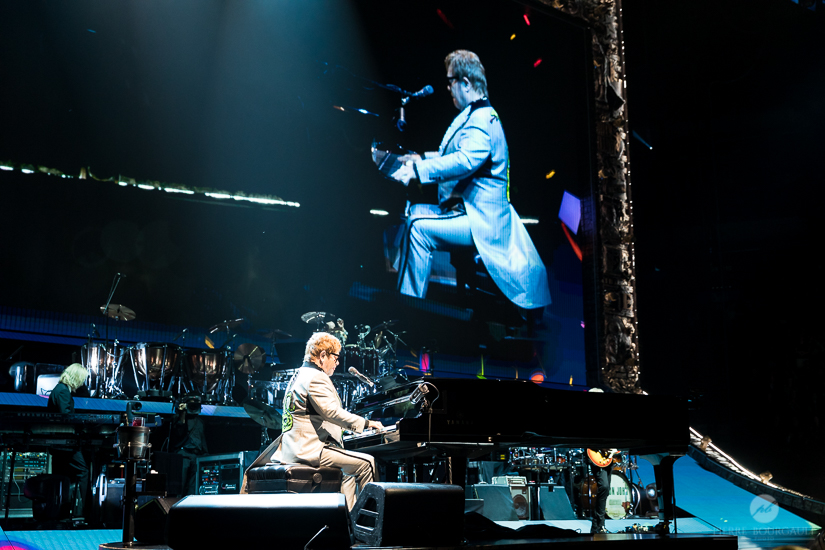 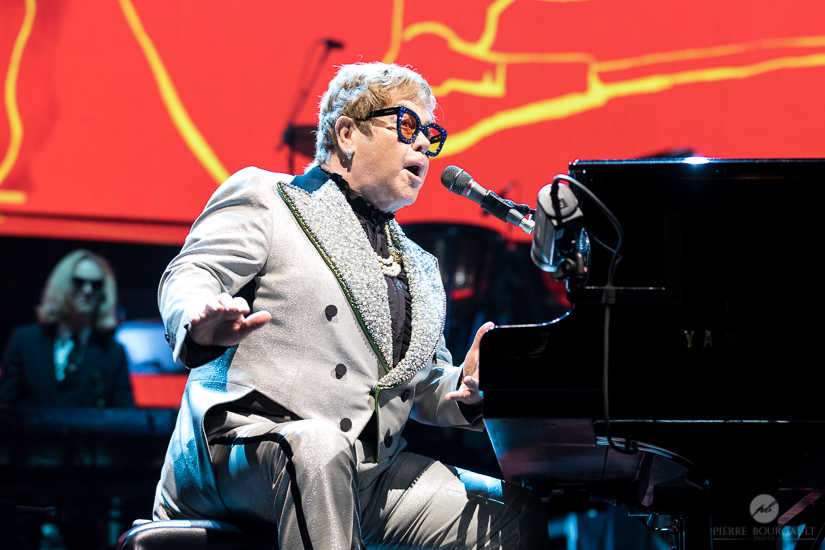 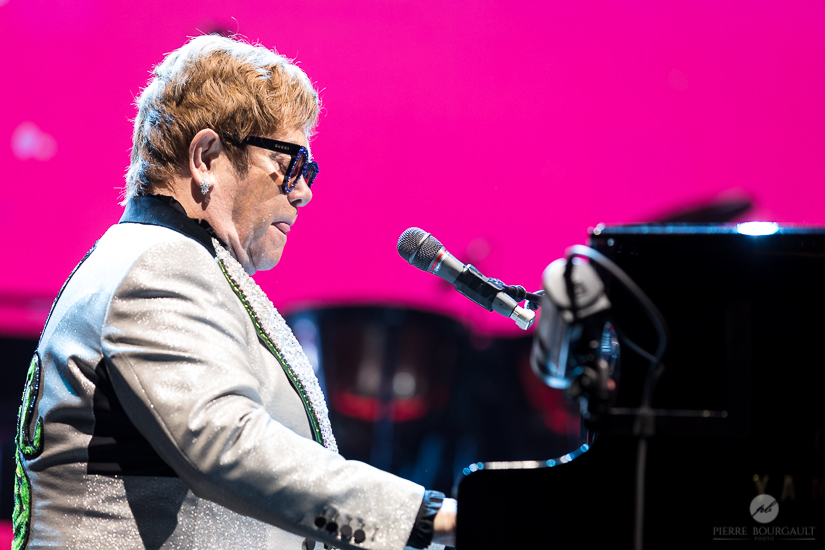 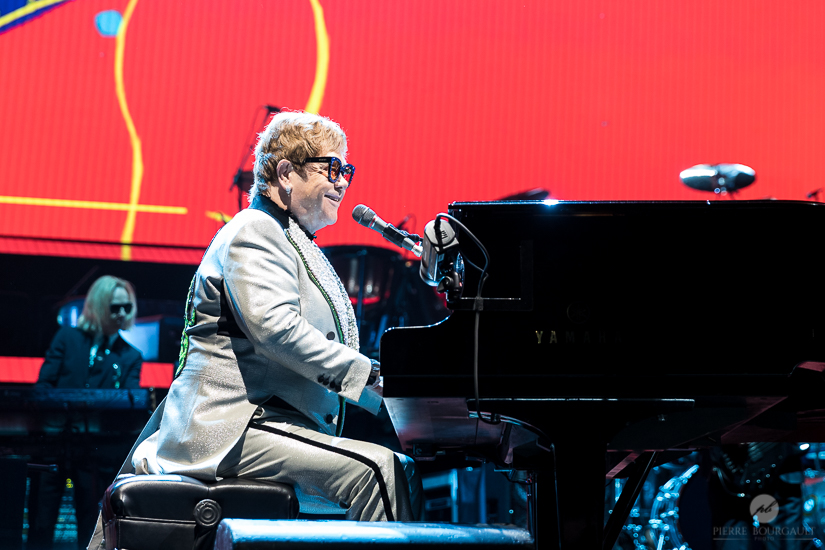 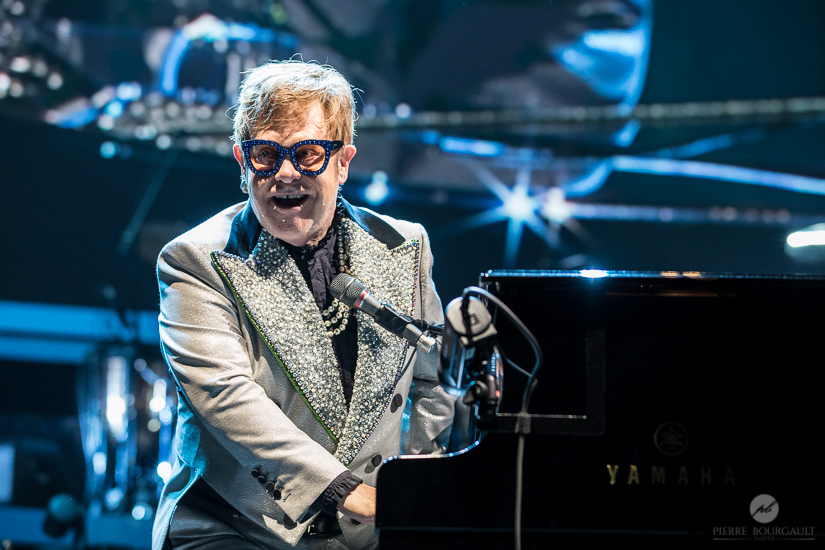 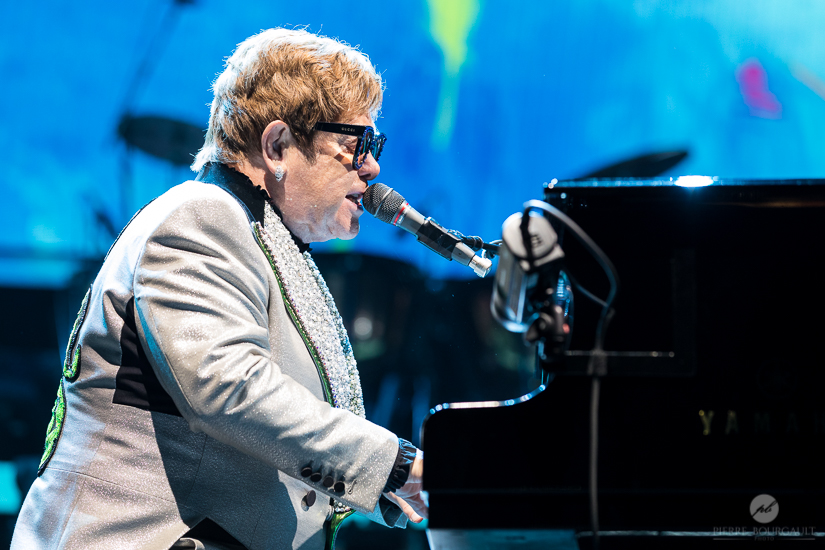 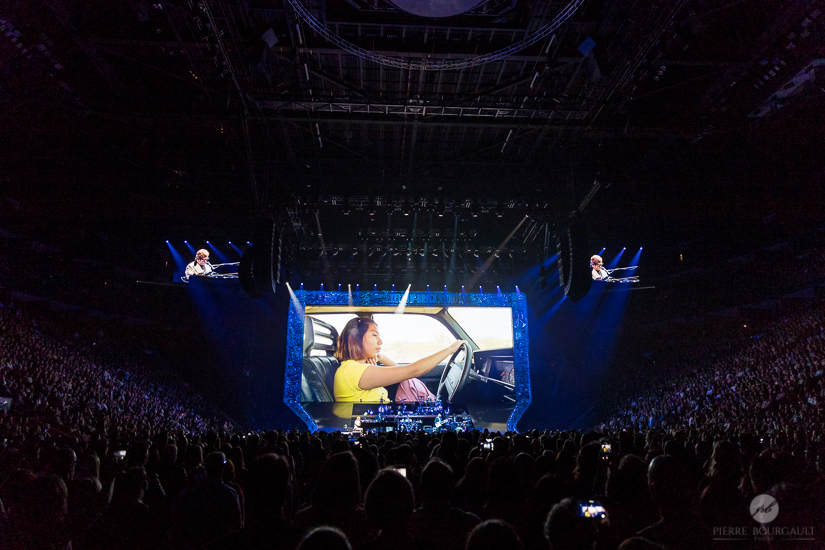 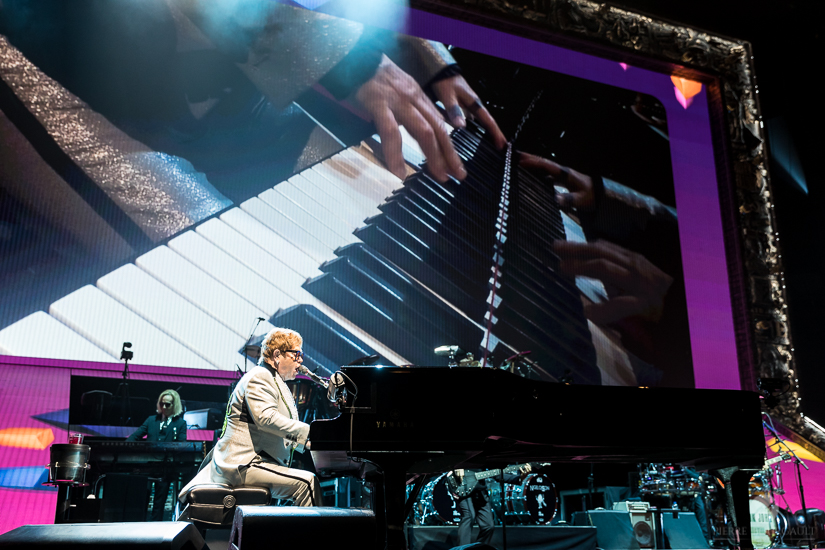 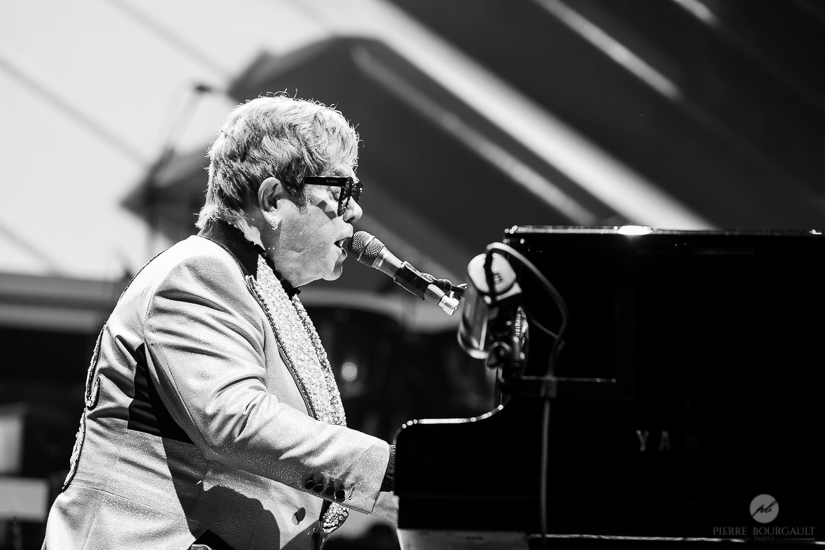 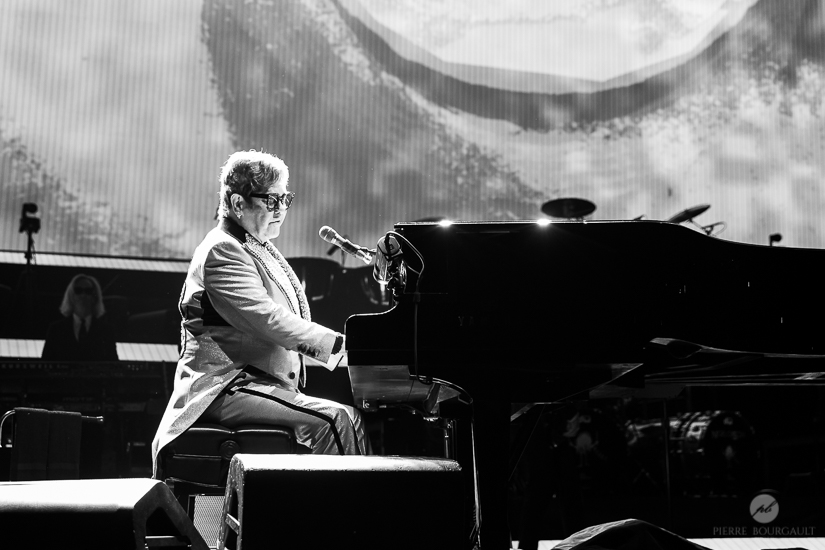 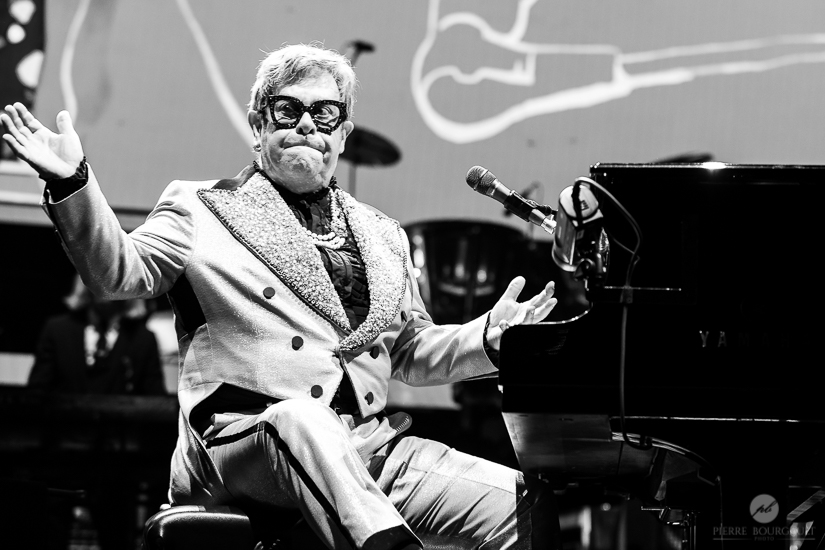