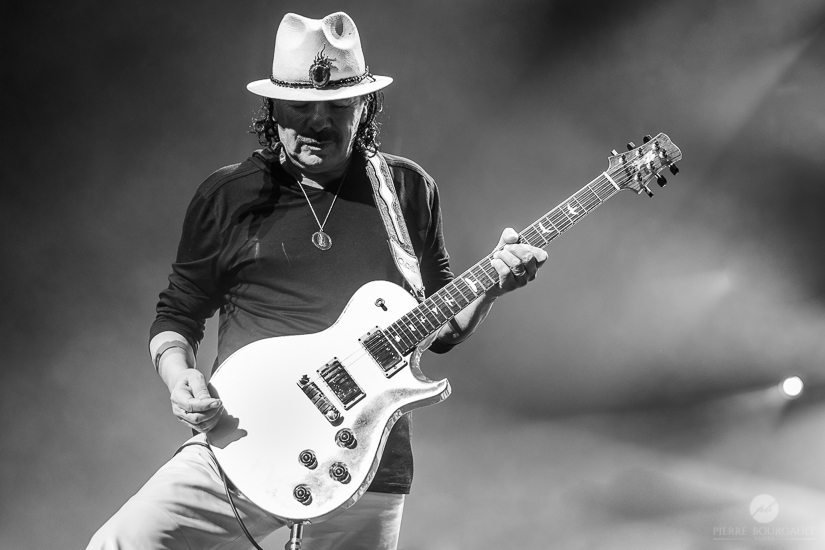 Is there something Carlos Santana has not done in his long career in rock music? It has been 49 years since his first album release, and the 70 year old still seems to love being on stage and playing. 49 years…. that is a looooong time. Not sure how many bands of today will be around 49 years later.

With his fusion of latin jazz, blues and rock, his songs are legendary. He is one of the performers from the orignial Woodstock who is still alive and kicking (notable Woodstock alumns that have passed are the likes of Hendrix, Janis Joplin, Keith Moon, Joe Cocker,…). People just love to hear the music, and the almost packed Bell Centre was a testament to the love his fans have for the man and what he does.

And a big props to the rest of the Santana band.  While most are there to see Carlos do his magic, the cast of artists around him were just as high energy and just as entertaining as the legend himself. 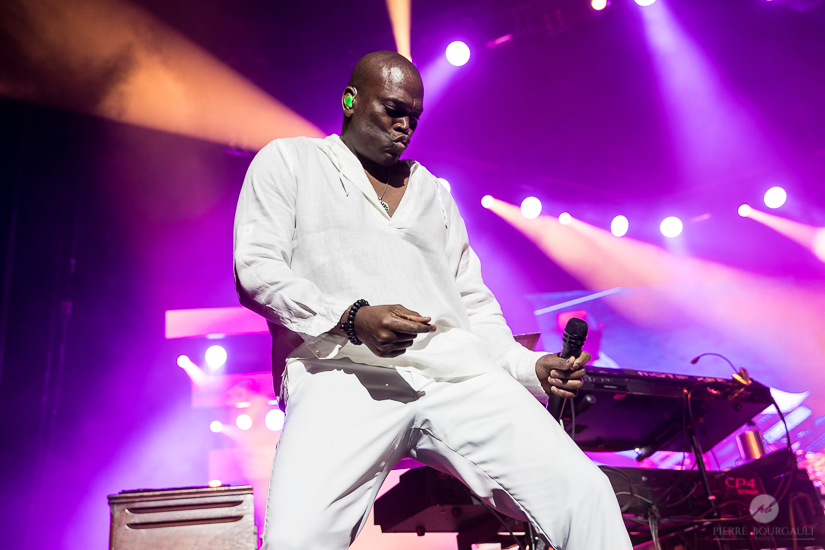 The show was great to photograph. I rarely have to dial my camera settings down so much. At an arena, I will typically start with an ISO around 2500, f/3.2 and 1/250 of a second shutter speed. The lights were so bright (and the fact that he and his band were all wearing white), my end of the night settings averaged at an ISO 1250, f/3.5 and 1/500, with my shutter going as high as 1/1000 in some instances. Insane, considering I am used to having settings that are 3-4 stops darker.

I was covering the show for CHOM 97.7 / iHeartradio.ca. You can see the full image set HERE

As usual, below is a small editorial excerpt of those images 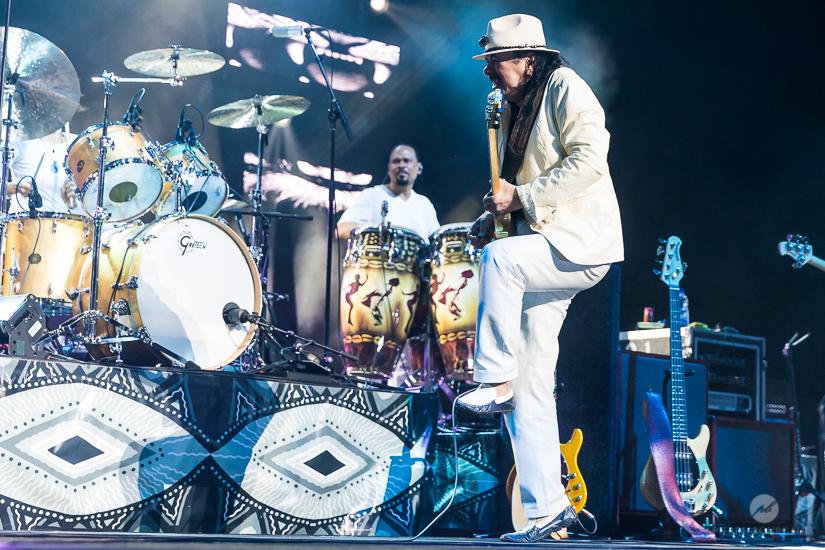 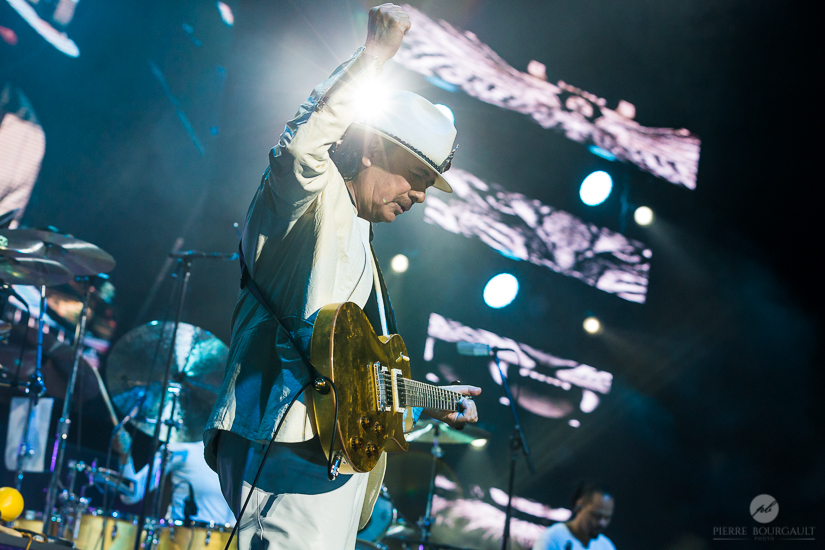 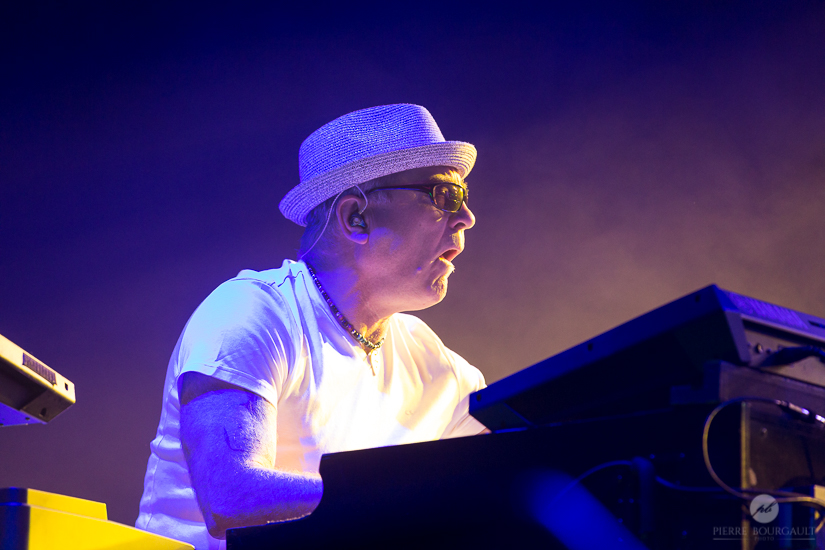 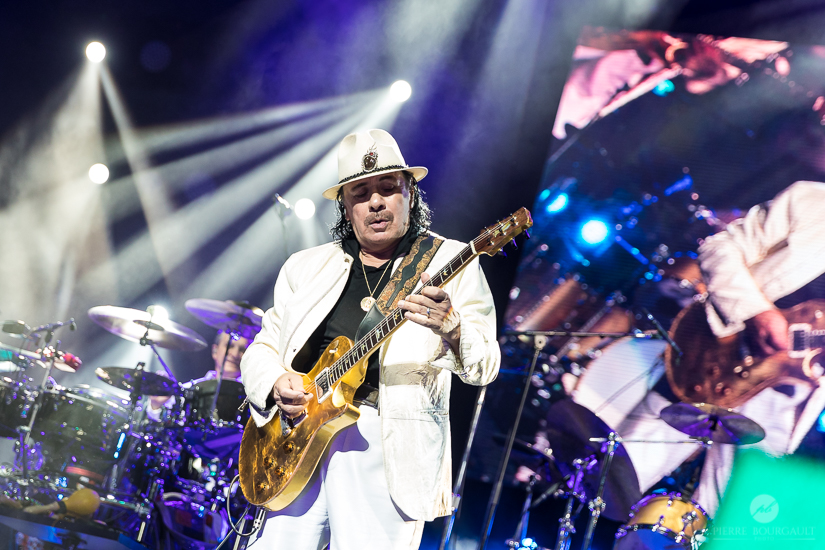 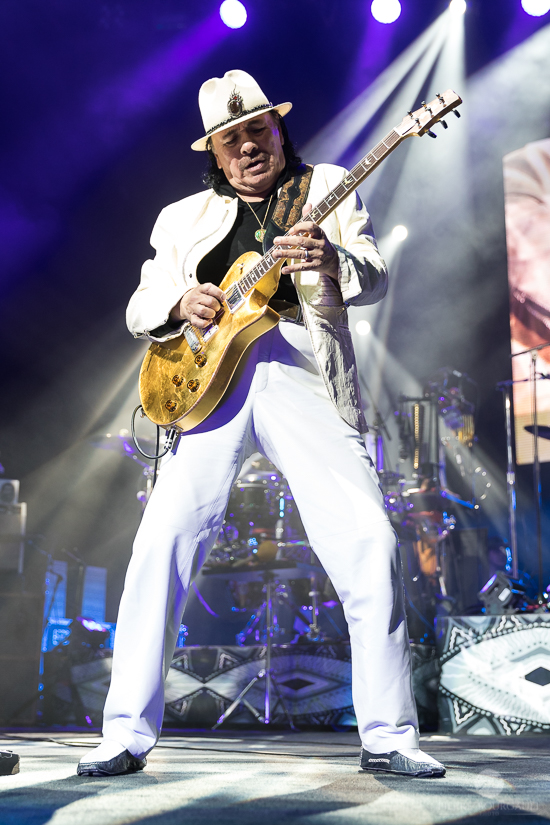 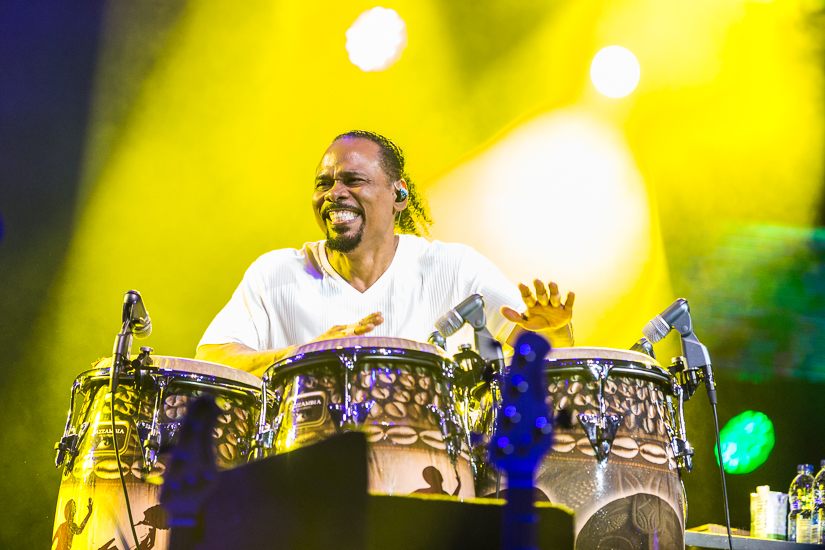 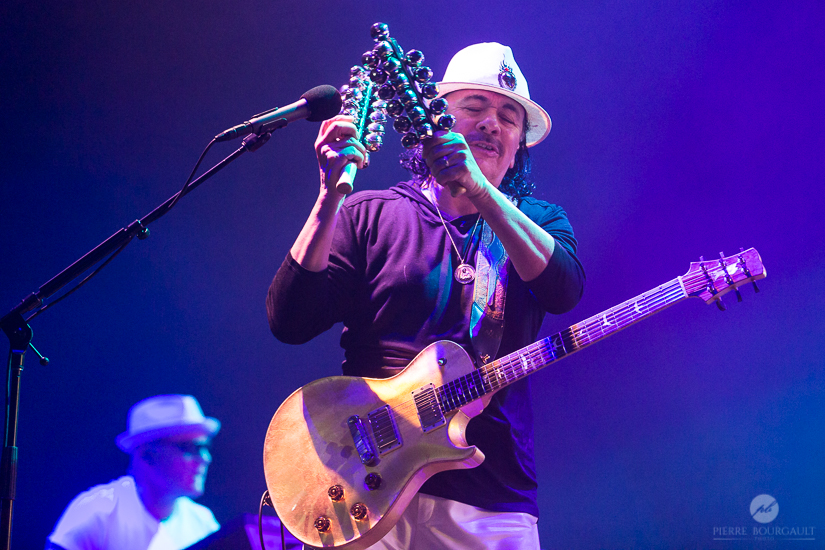 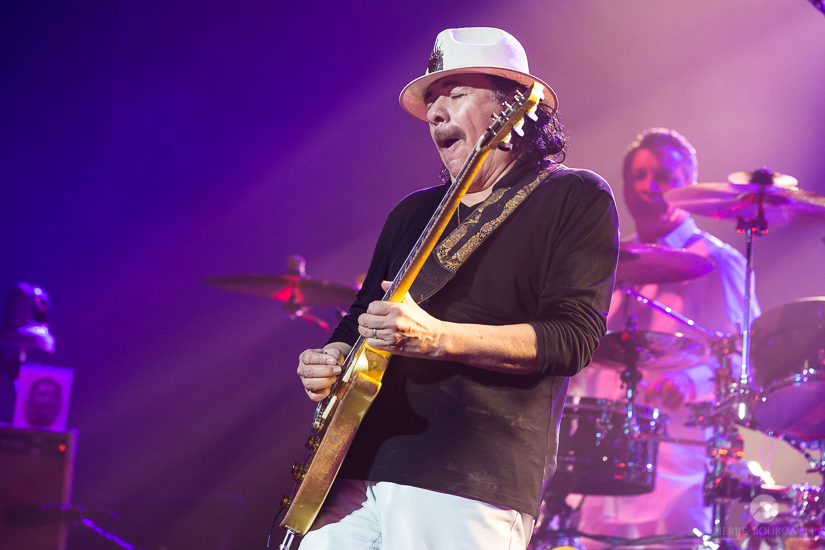 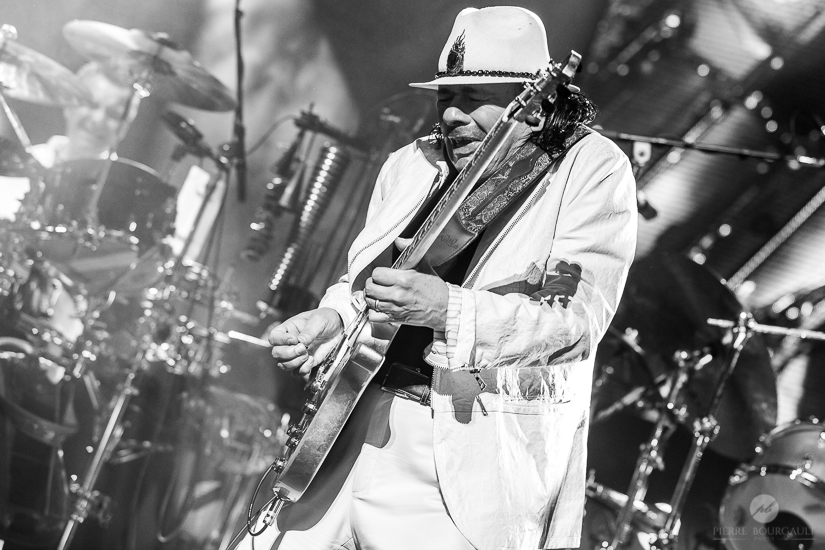 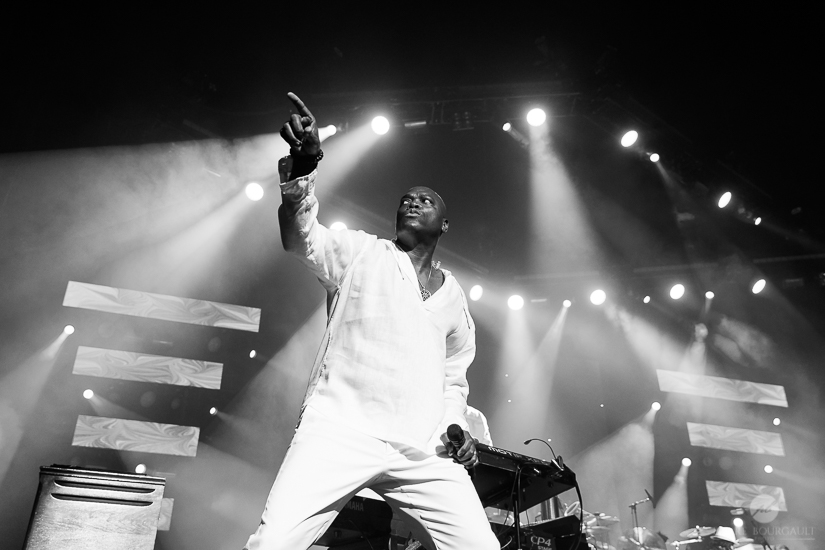 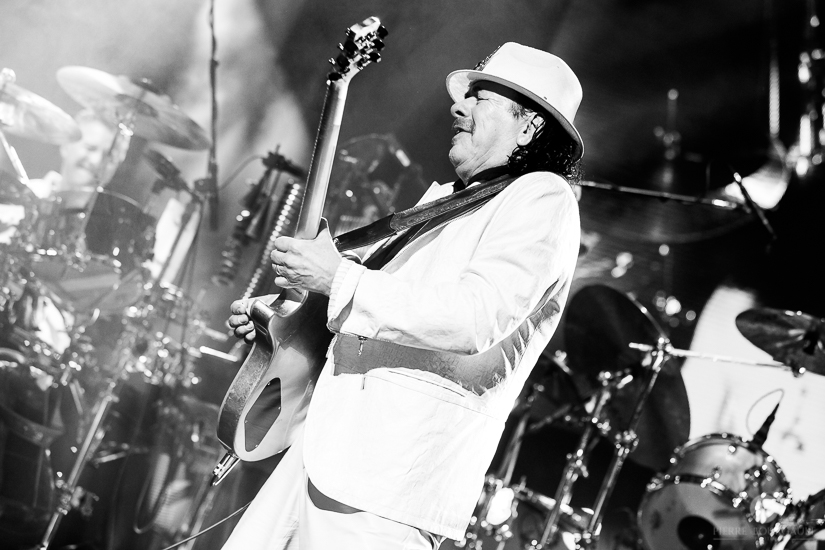