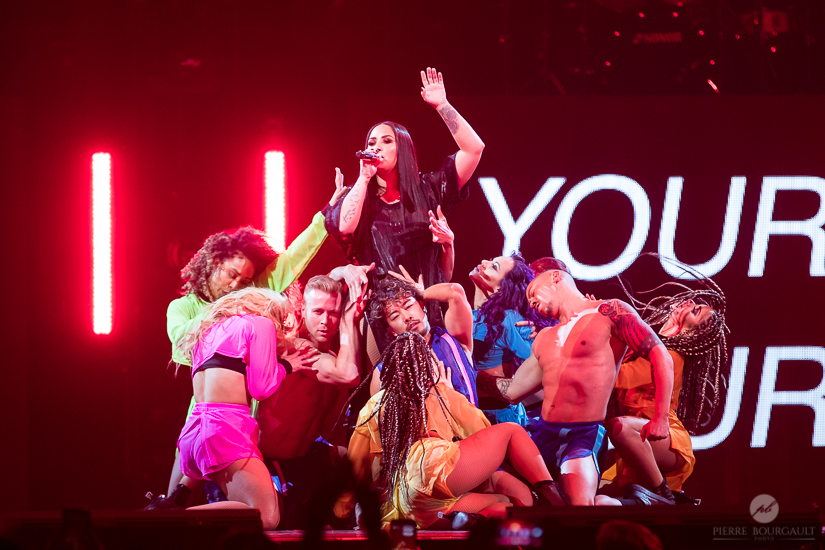 Reigning pop queen Demi Lovato took the stage at Montreal’s Bell Centre on March 17 2018. Almost 10 years since her first number 1 album, I find it great that Demi is sending out a message during her tour about supporting mental health, herself being diagnosed with bipolar disorder in 2010.

I walked in to the venue expecting a typical pop crowd with an average age under 18, but surprisingly, her fan base seems a wee bit older… maybe an average age of 24. People from all walks of life were there, which is great to see how an artist and their music can appeal to a variety of people.

The Bell Centre was nice and cozy, and when the lights went low, people jumped to their feet to see Demi Lovato rise from under the stage with a slight smile on her lips. She seemed happy to be there and ready to perform.

Photographers were only allowed to photograph from back at the soundboard on the opposite end of the stage. We were a few feet closer than normal as there was a small stage setup in the back (which sadly was not used during the first 3 songs we were allowed to shoot). The lights were nice, and while the first song was a bit more low key, the next 2 brought on the dancers and the energy.

Photos were done using a 70-200mm with an attached 1.4x teleconverter to give me a max focal range of 280mm. Note when using these converters, they cut 1 stop of light (the 2x cutting 2 stops). This makes my maximum aperture f/4 instead of the f/2.8. For an arena show, it usually isn’t a major problem as the lights are bright enough to still allow me a decent ISO and shutter. But when used in a smaller venue, where I would shoot at f/2.8 — 1/160 — ISO 3200, this could lead to too slow a shutter. But, along with a trusty mini 2 step stool to get above the hands and cells phones, it makes for a decent setup.

Photos were done for Virgin Radio Montreal / iHeartRadio.ca. You can see the full media gallery here 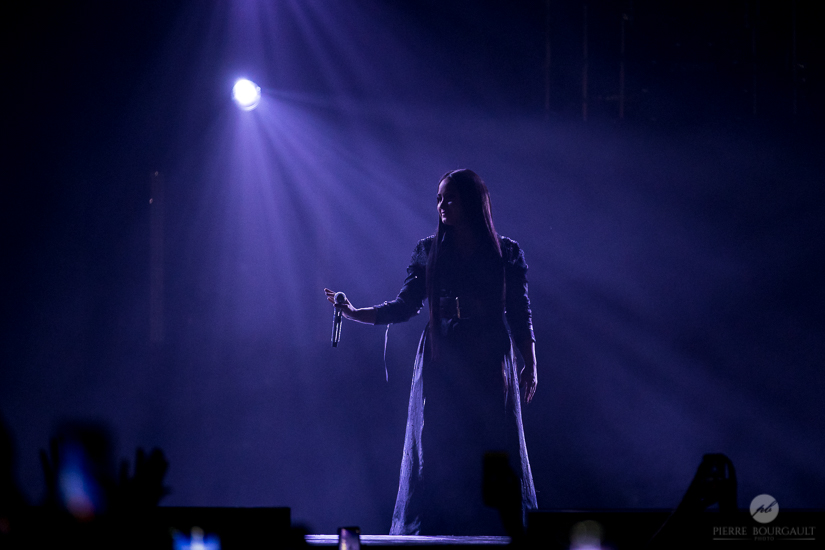 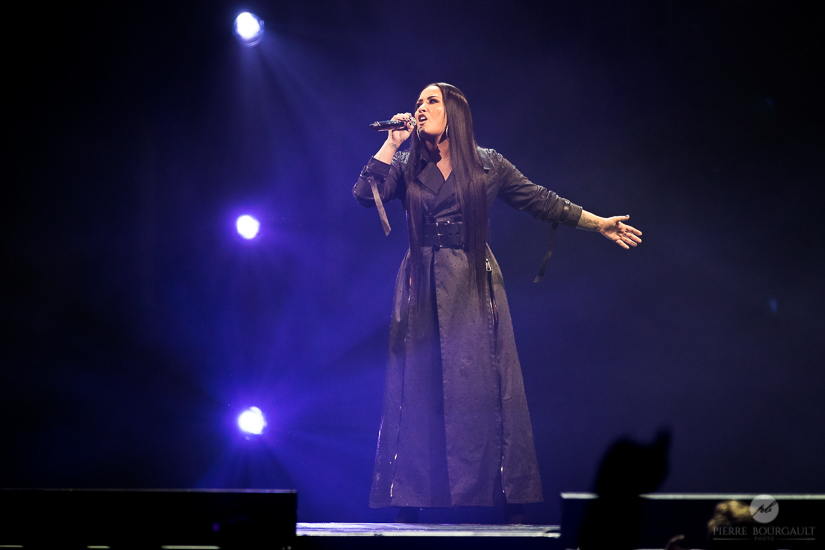 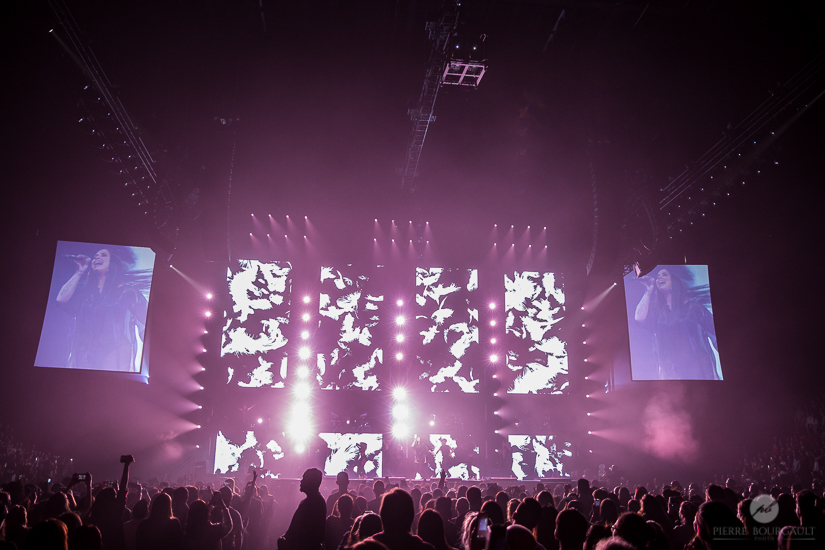 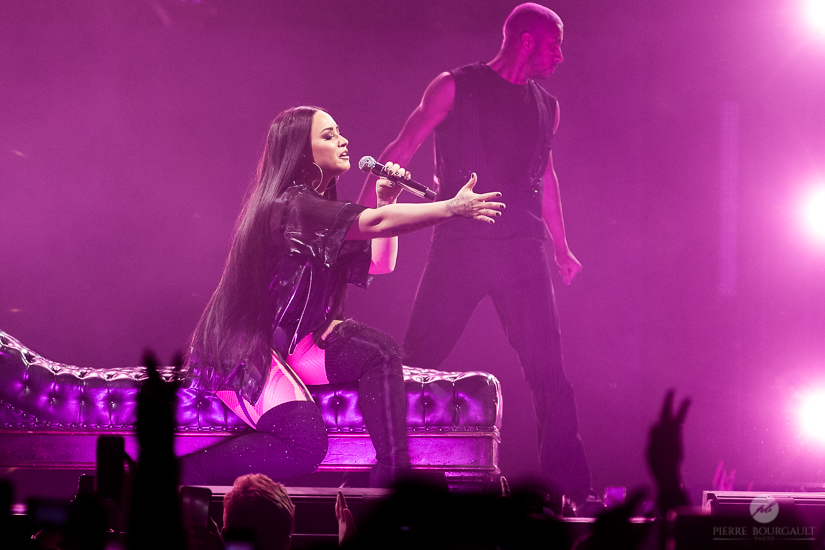 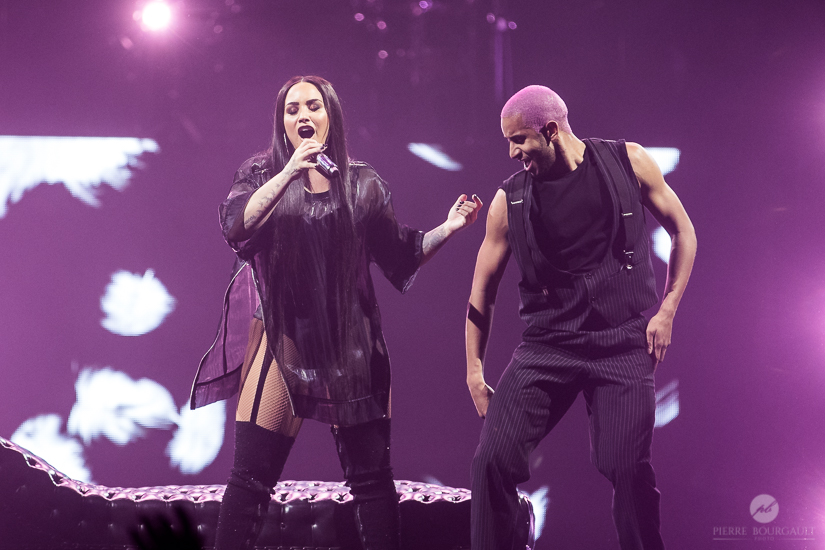 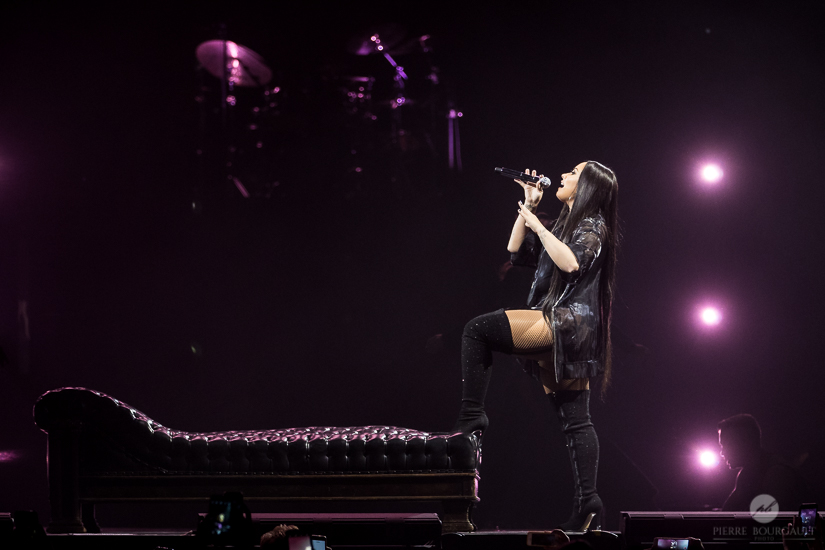 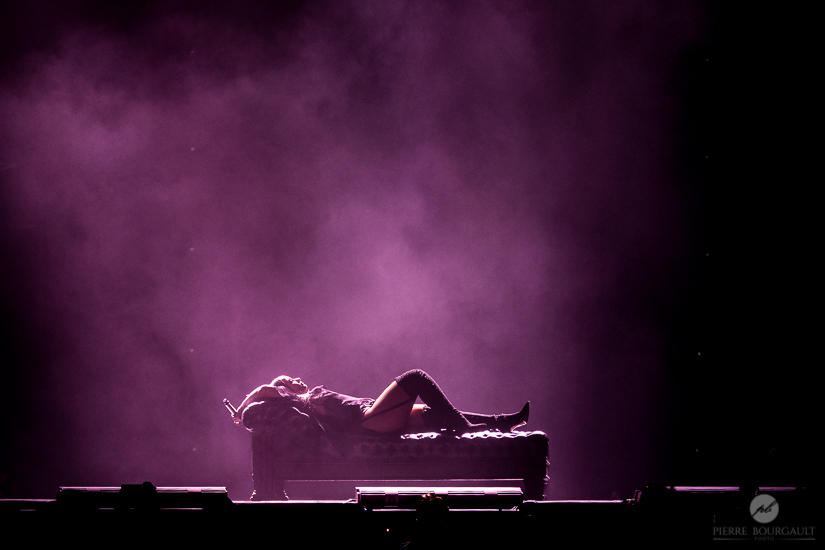 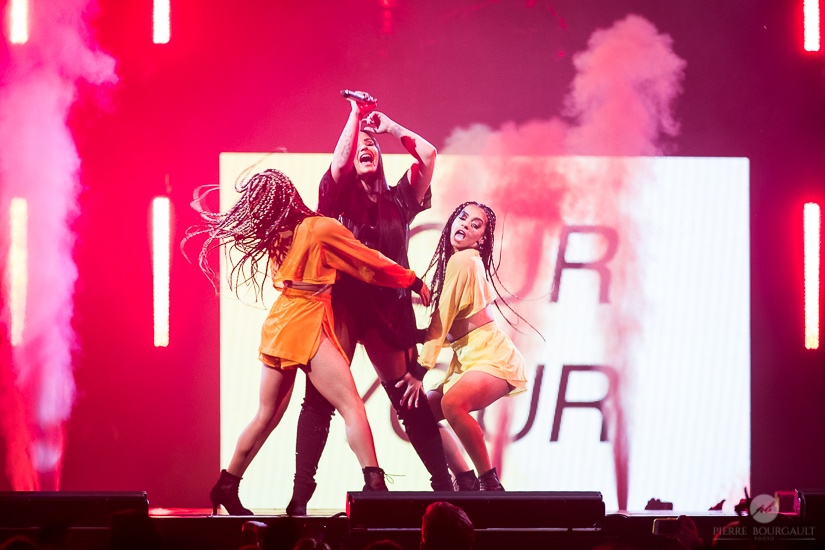 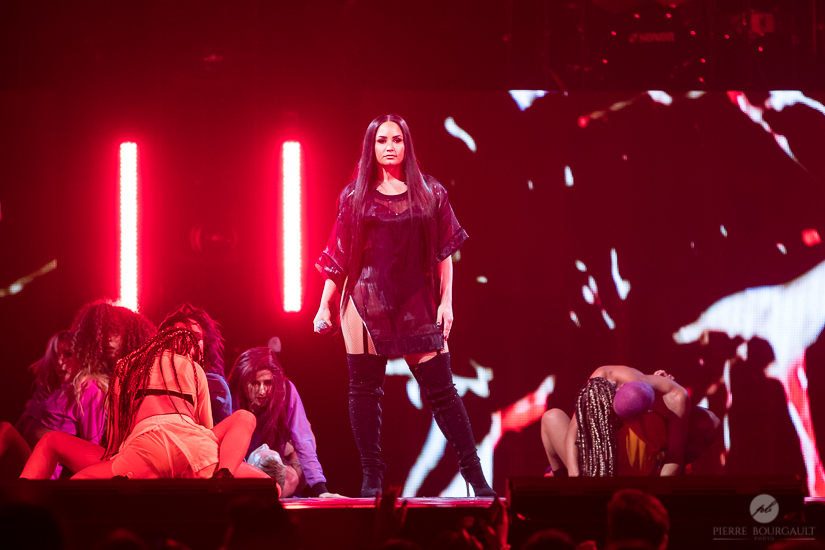 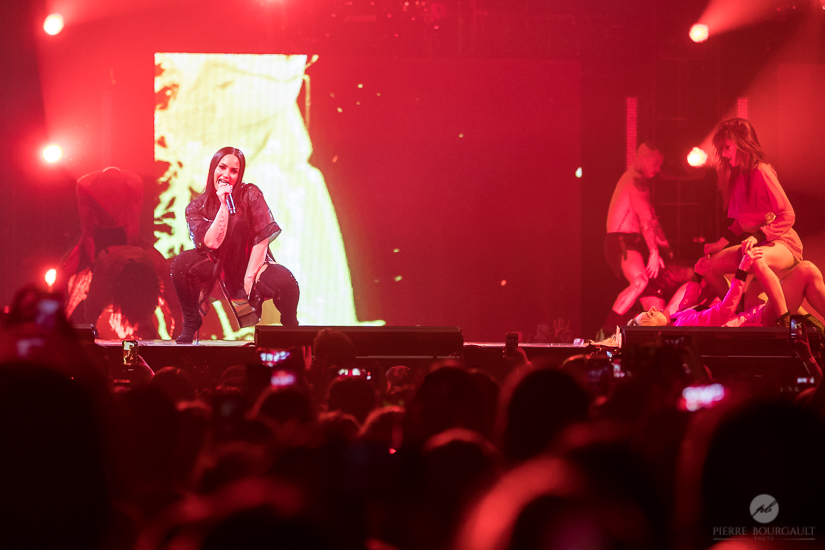 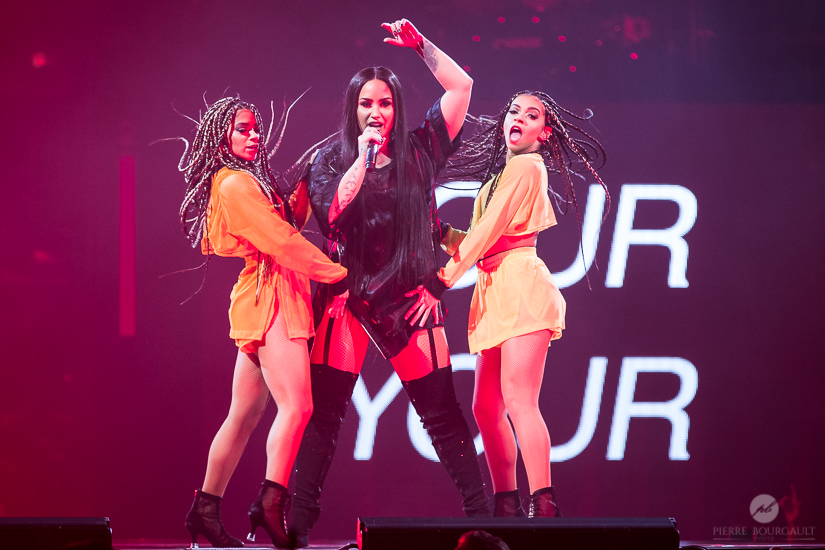 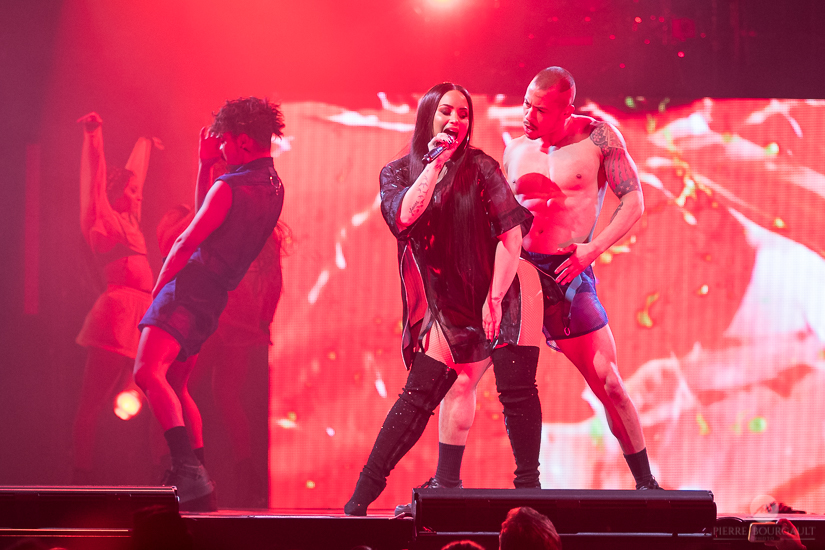