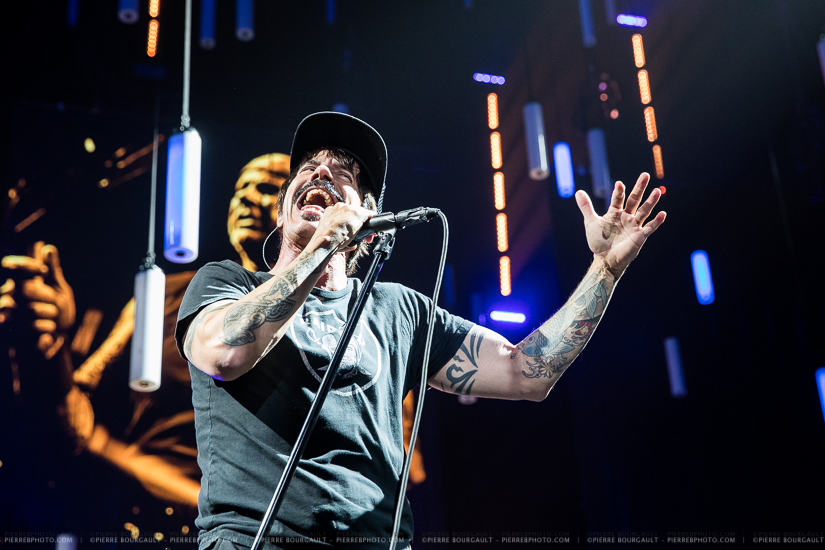 I can check another group of my youth of my list of band’s to photograph… the Red Hot Chili Peppers were in town a few nights ago and I was one of the lucky 6 to be in the pit to photograph them.

The Bell Centre seemed full, with people up in the stands all the way to the top!  Always great to have such a packed house, it adds that much more to a show.  The band was pretty true to their high energy show, constantly moving around, skipping, jumping… it was pretty intense to photograph.  Considering they also had a few video guys up on risers in the pit, adds to the challenge of trying to work around them.  Those video guys have hard jobs as they are pretty much blind to what is happening around them, so making sure they have some safe areas to move is highly important.  We are all there to do our jobs, so best to do it in the safest way possible. 🙂

Let’s be honest here… where we photograph bands for media needs, there are some important members and there are some lesser important members (note that I find the lesser important members for media needs can often give off the best images in a set!).  I mean, if you are covering Slash and his band… well the majority of your set will be Slash.  I remember the first time I photographed Slash, there was a bright spotlight on him, nothing on the others.  But with RHCP, every members is important, and thus, our short time in the pit is that much more challenging.  On one hand, you have Chad’s Will Ferrell looks, Josh’s intensity, Flea’s manic movements and Anthony’s roaming around.    The biggest challenge was getting clean shots of Anthony singing, as he likes to hold his mic with both hands and be very close to it, making a clean line of sight that much more difficult.  And while you are waiting for his head to move ever so slightly, you are missing out on the three other members.

But alas, that is the fun of the job!

I was covering the show for CHOM 97.7 / iHeartradio and you can see the full 30 image media set HERE.

Below are my faves of the set and a few black and white exclusives. 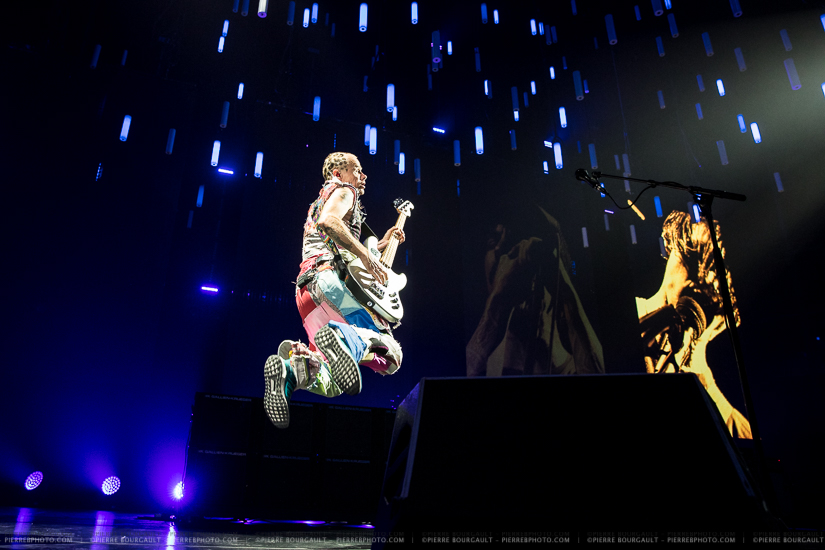 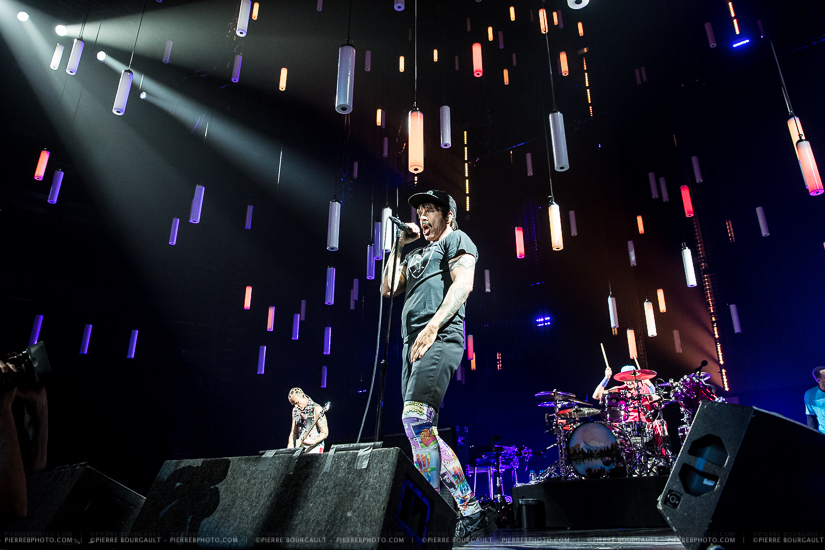 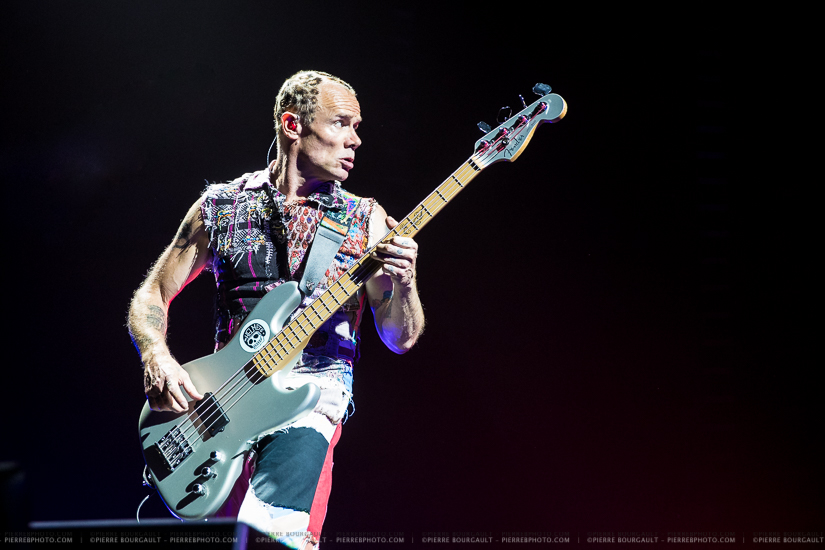 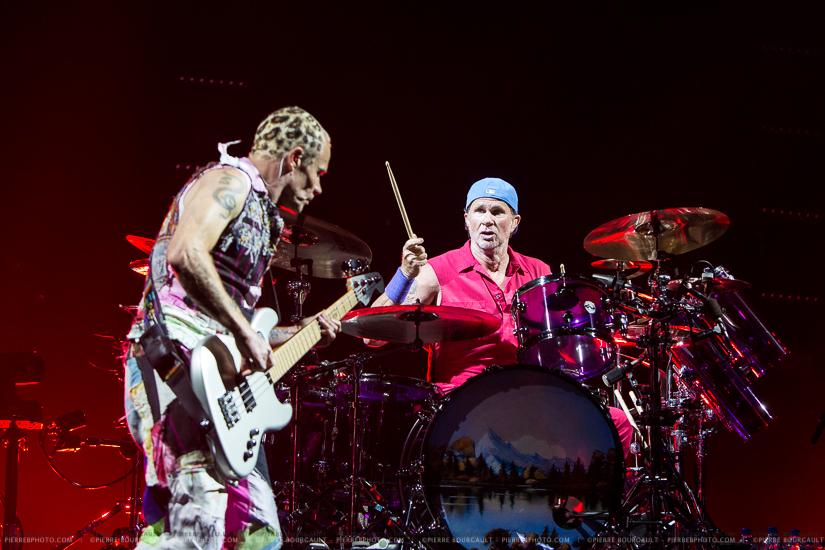 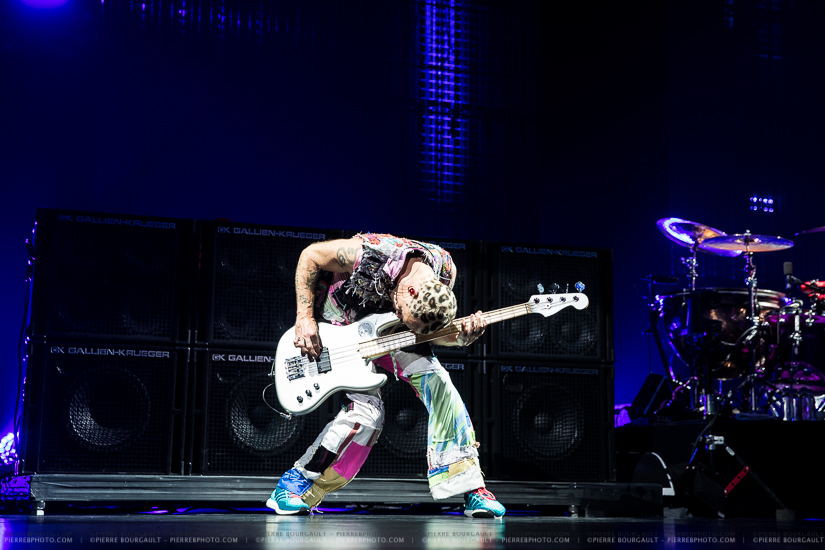 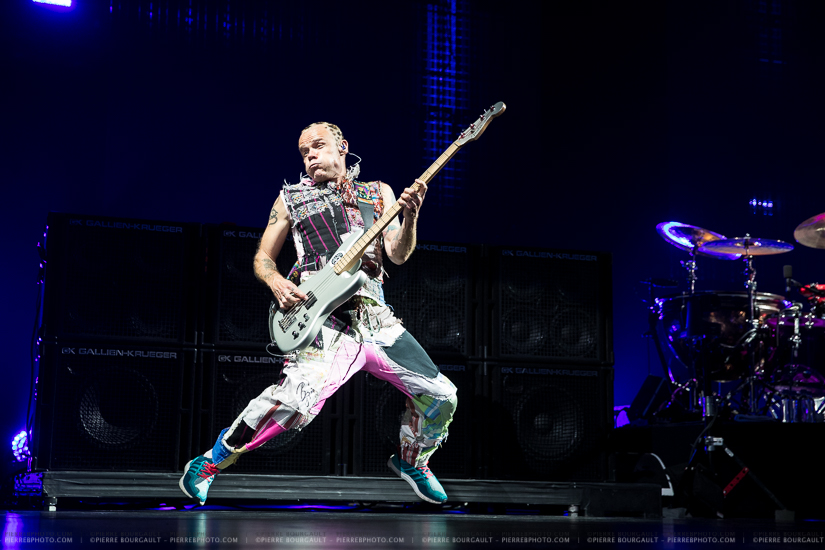 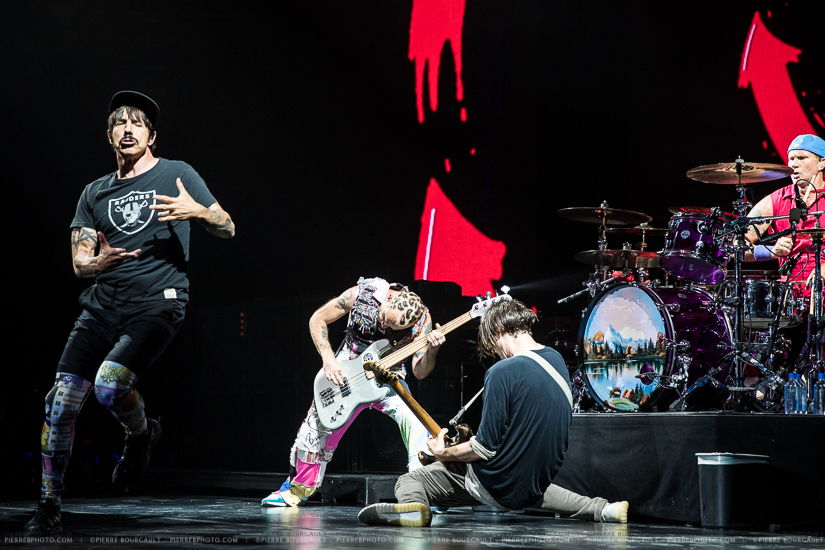 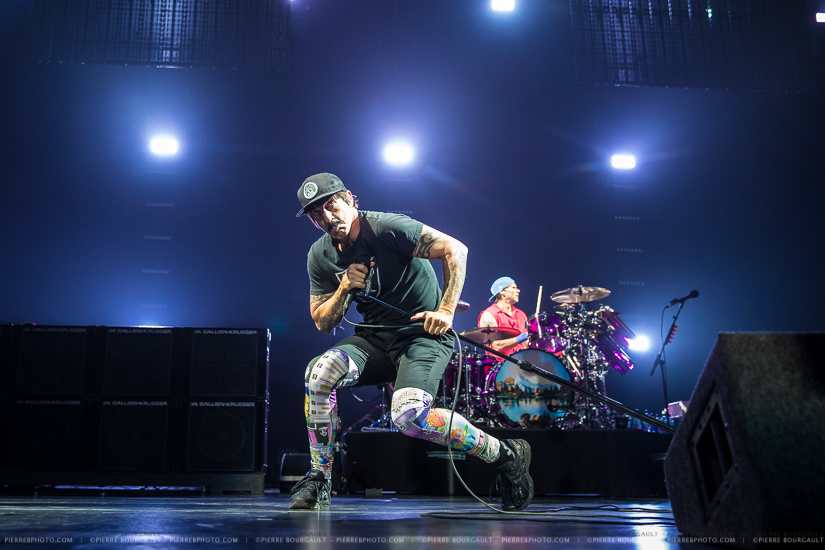 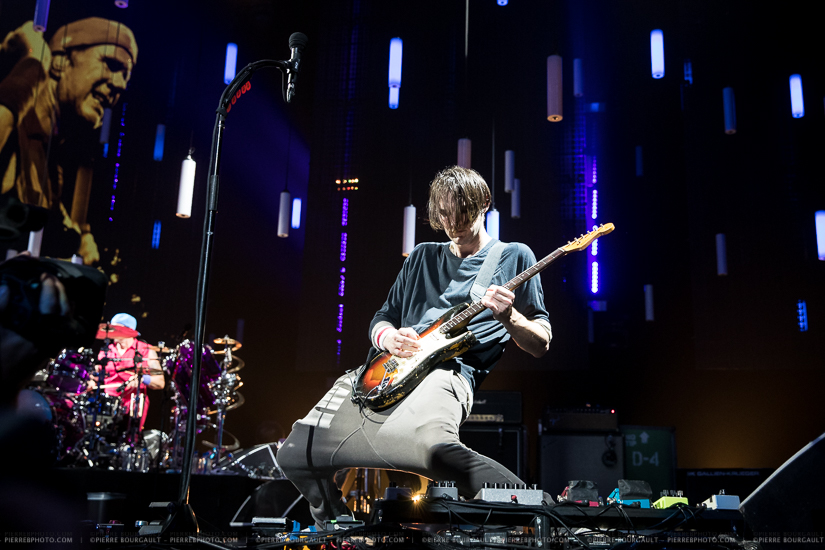 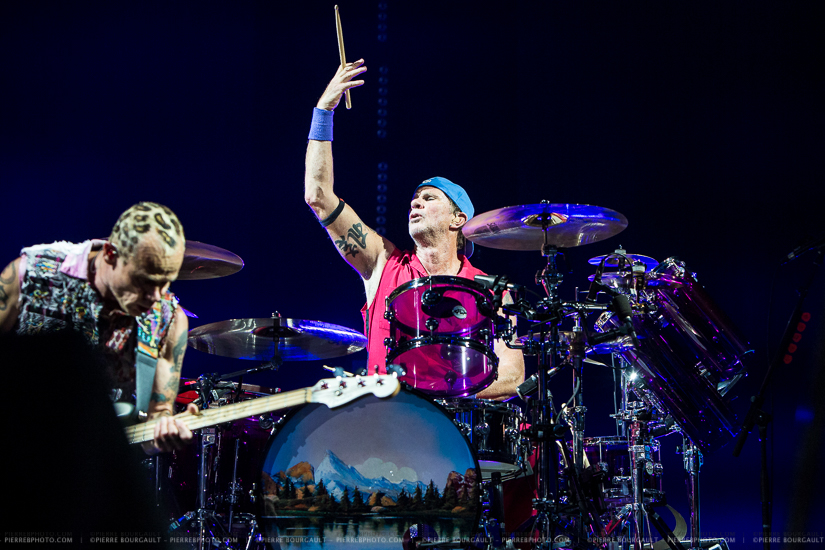 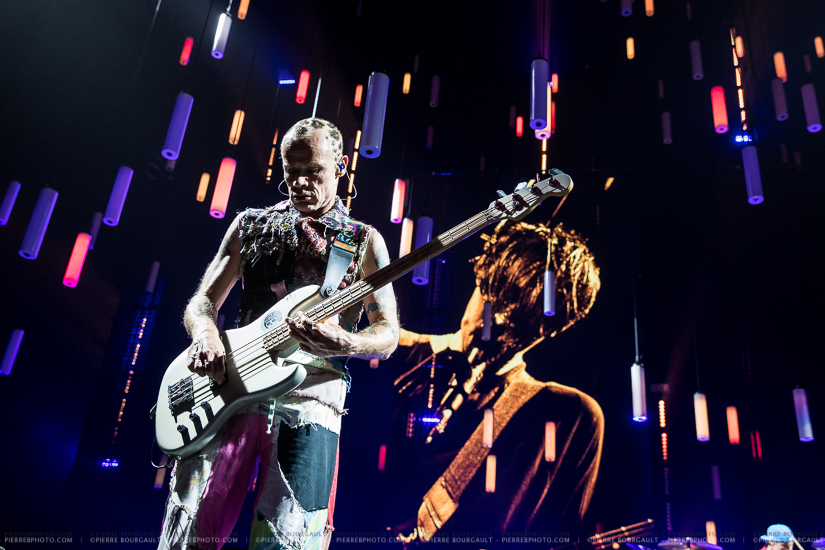 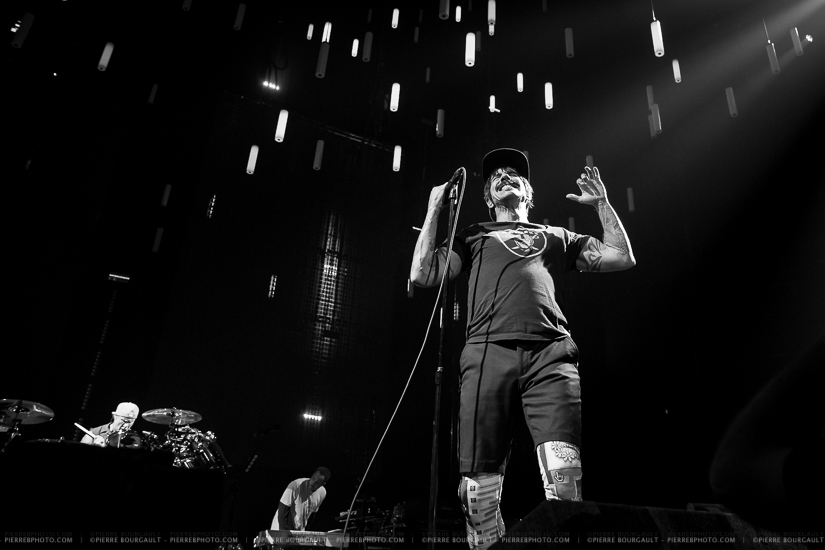 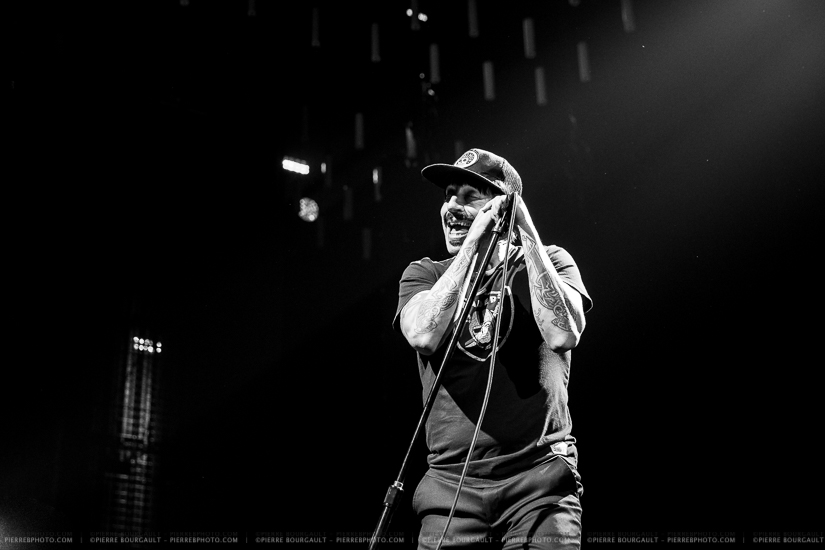 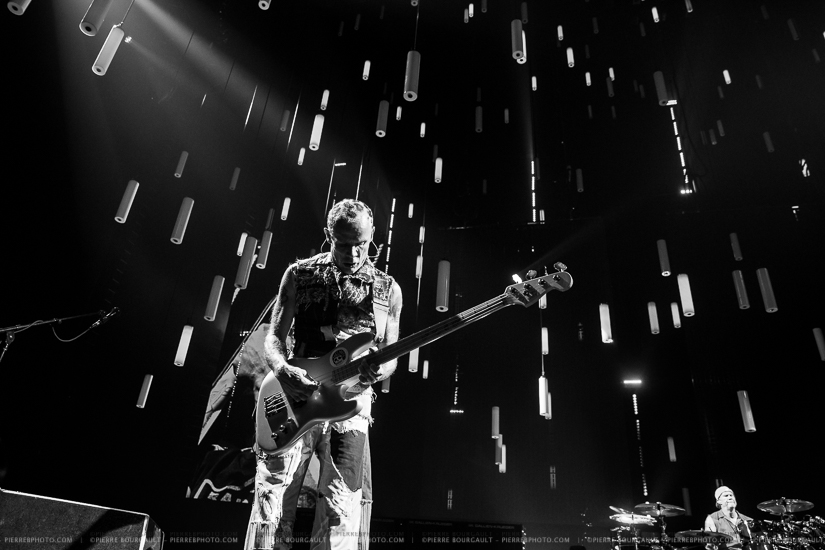 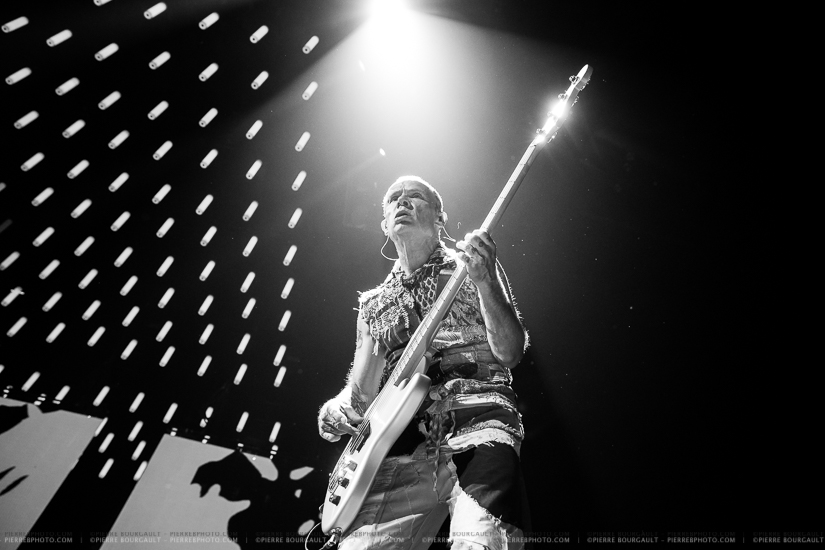 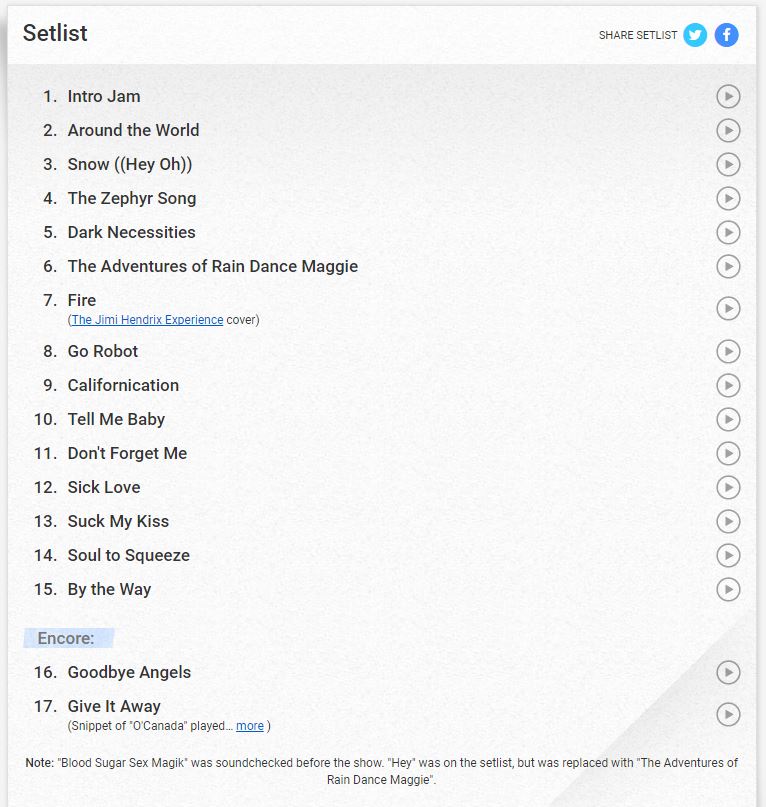