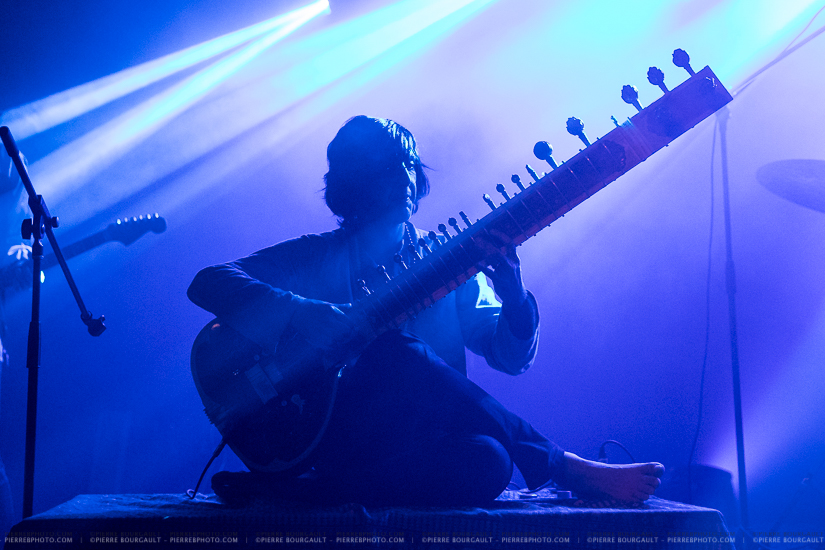 It is always great to see a local band pierce the market.  They get the recognition and attention that their music deserves.  The turnout on Saturday night at the Theatre Fairmount for Elephant Stone was a testament to a hard working, soon to be big band.

Inspired by traditional Indian music (the citar playing is really cool), the psychedelic rock band played in front of a crowd that just loved the music.  Typically, you have hard core fans dancing in the front.  Elephant Stone fans were dancing throughout most of the Fairmount!

The lights were minimal (mostly non-existent).  Which makes photography, which is pretty dependent on light, a little bit tricky.  No front light, mostly back light with brights and loads of dark patches.  For the photonerds, most of the images seen here were photographed at ISO 12,800 and 1/125 shutter (sometimes slower) and f/2.8.  Very low light, and far from the bright lights of the Bell Centre or Metropolis.  But you know what?  The lights totally fit the music, which enhances the show, and it is my job to capture the essence of the concert.  If the essence is no lights, then let’s play with shapes and angles. 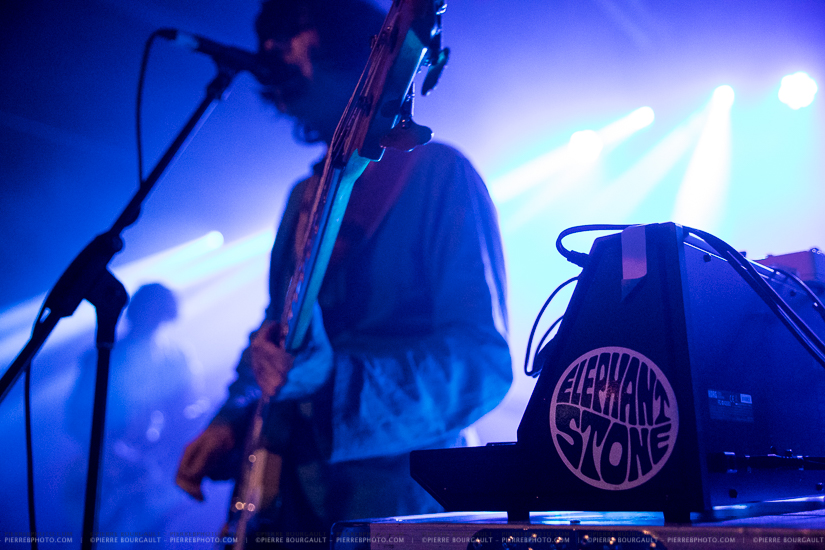 It was a fun night, covering the show for CHOM 97.7 (who were also presenting the event).  You can see the full media gallery HERE.  And give Elephant Stone a listen!  They have regular play on the radio and they do have an interesting vibe.

Below are some images, with a couple of exclusives in black and white 🙂 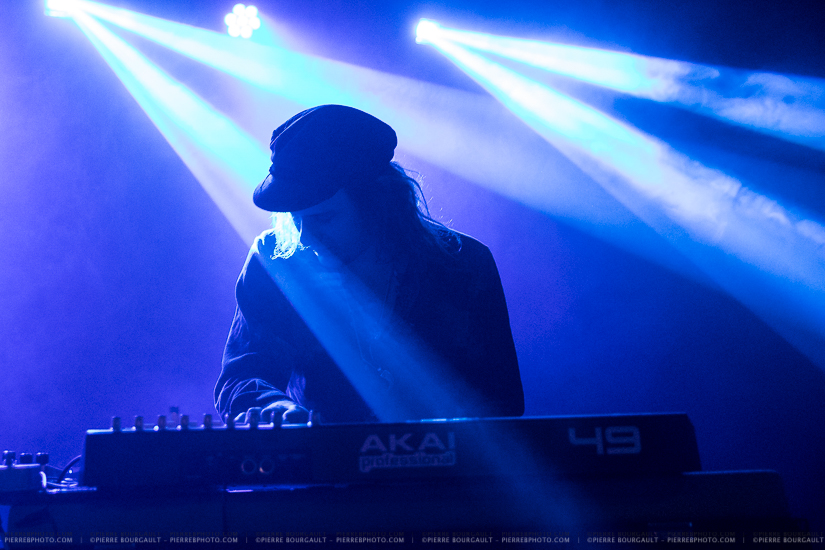 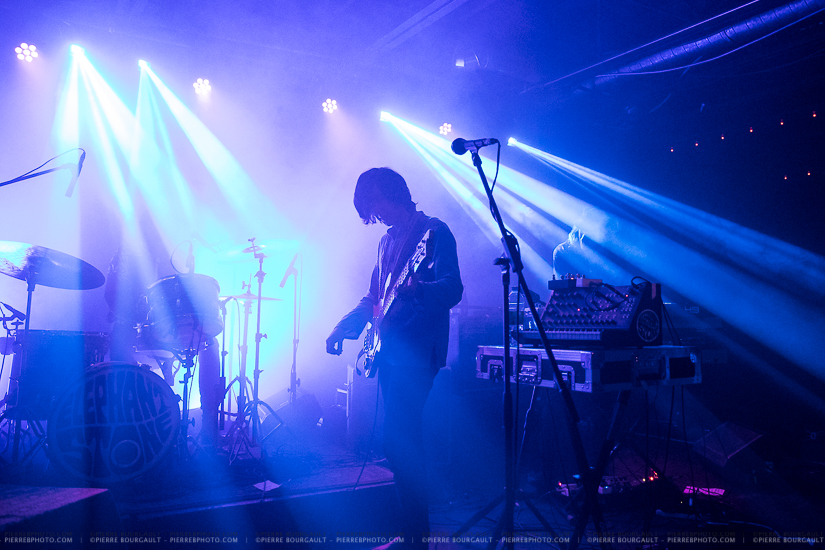 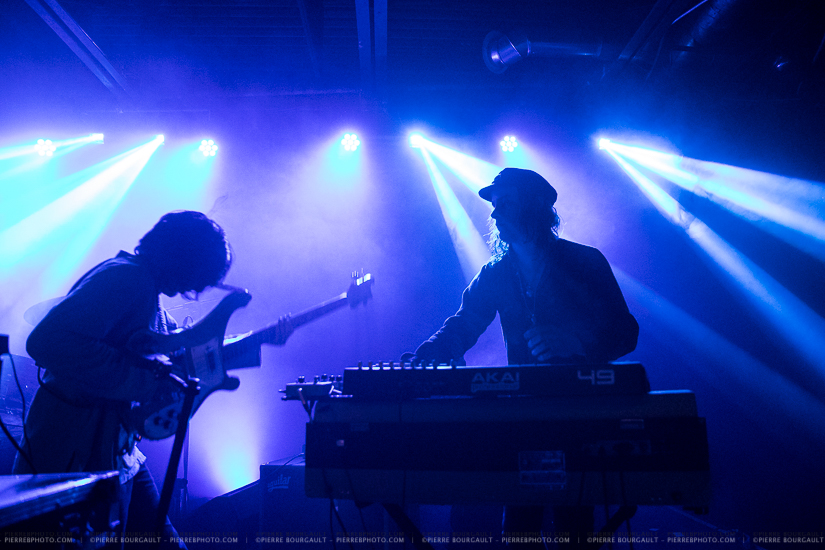 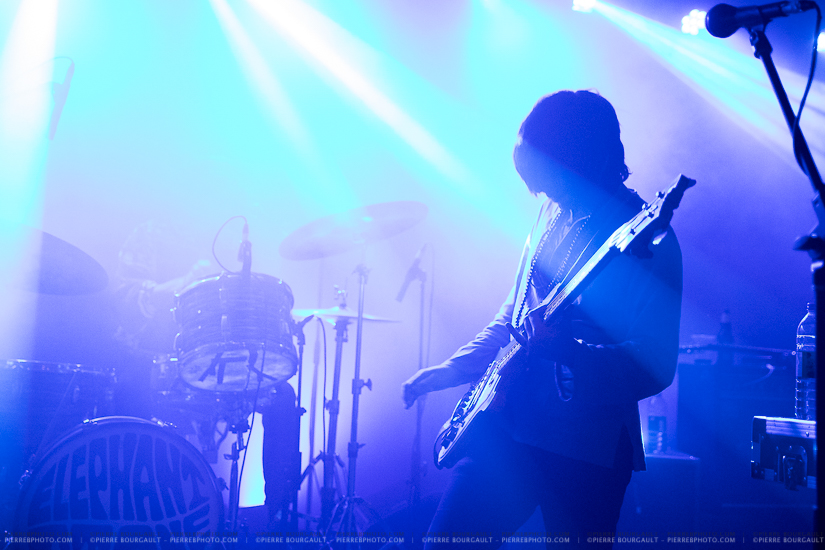 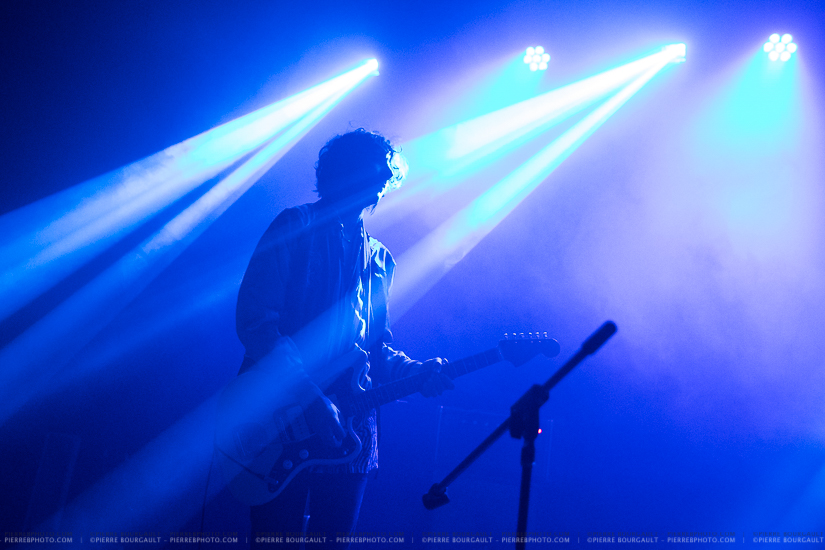 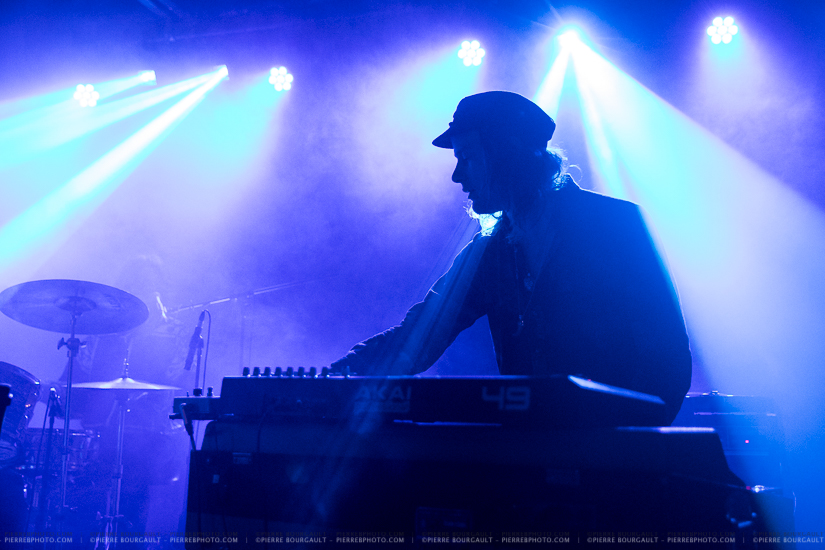 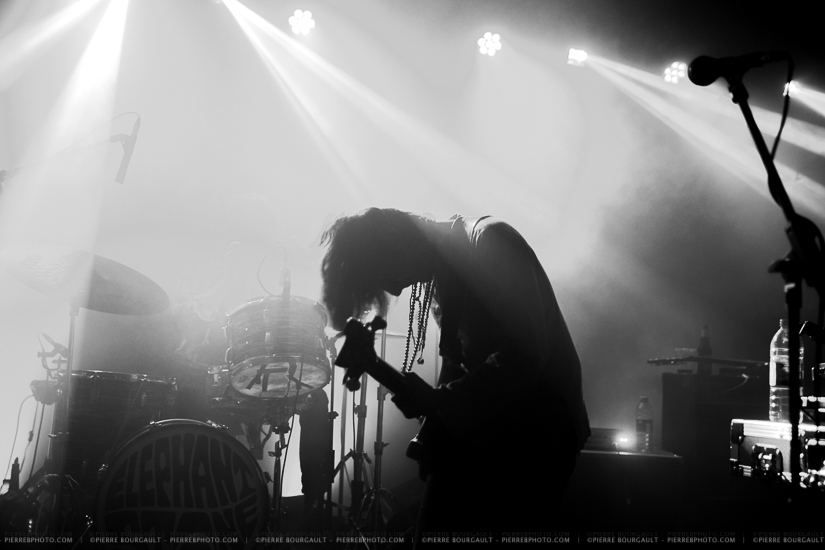 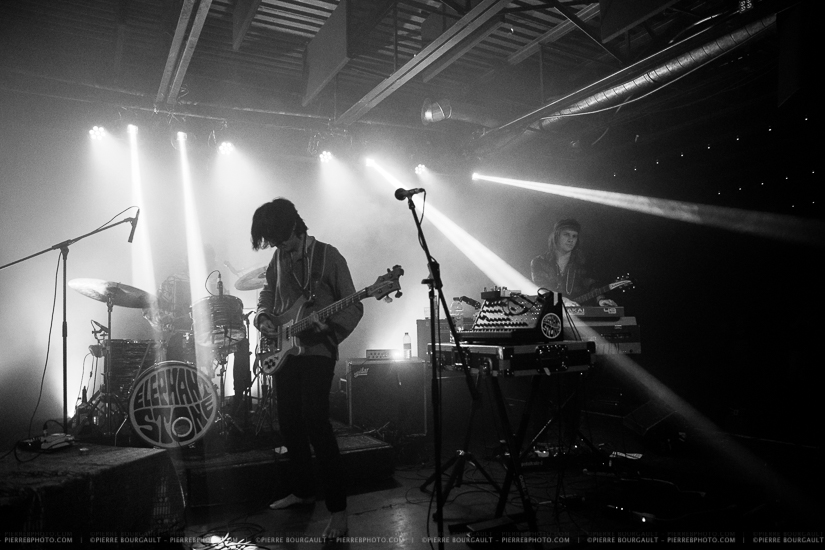