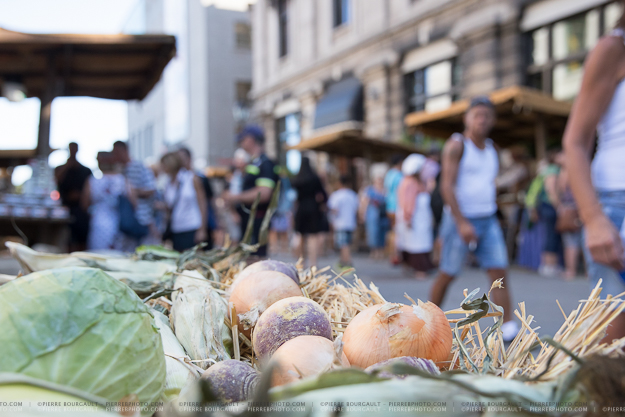 Another year has been going on covering various Montreal cultural events in the city… the ones that make this city a pretty awesome place to live.

Last weekend brought me to an 18th century public market right in the middle of Old Montreal.  Taking over a few blocks in front of the Musee Pointe-a-Calliere, the streets were closed to cars and full of vendors and street artists dressed in 18th century clothing.

It was easy to feel like we were back a few hundred years ago.  From the authentic food sold in the kiosks to the handcrafted goods, there was plenty to do and see.  Hats off to the spoon bender and the potter who were all smiles in telling their tales while showing us how things were crafted and done. 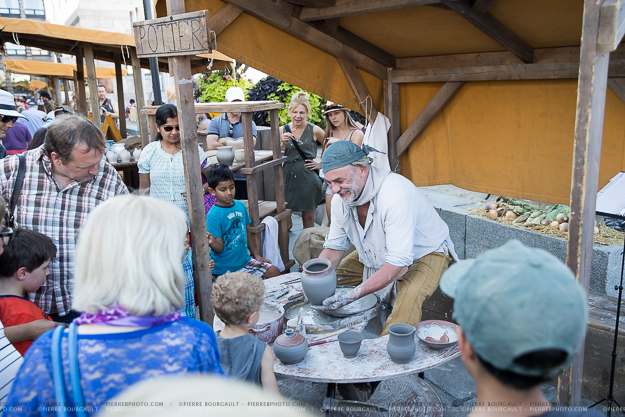 Some staples of today started up in the 18th century.  Montreal’s english newspaper The Gazette was founded (as a french paper) and a few years later was first published in english.  The importation of slaves was prohibited, the first post office opened.  The census at the end of the century stated that there were 9,000 inhabitants in the area…a far cry from the 4 million in the metropolitan Montreal area today.

Here are a few photos from the day.. and if you are a history buff, or even just want to visit a well done re-creation, the market happens every year near the end of August. 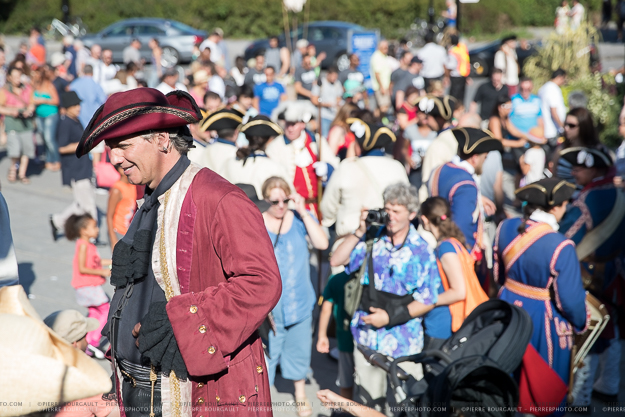 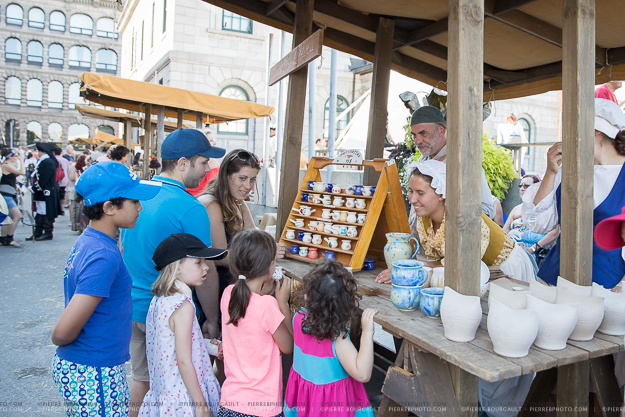 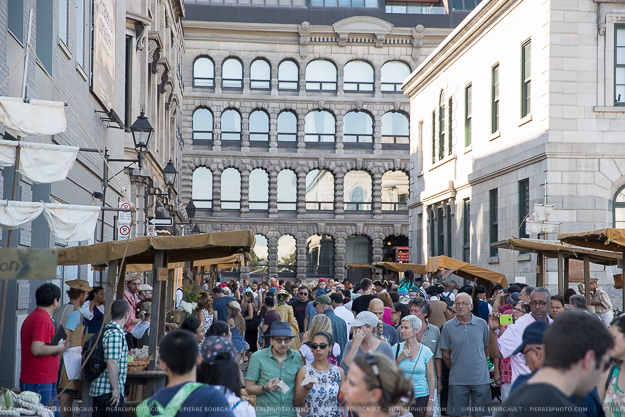 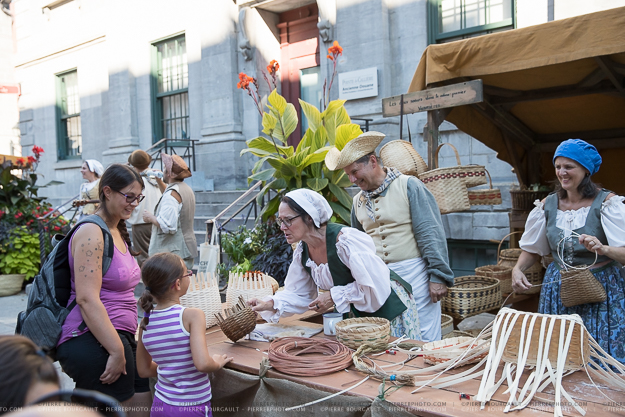 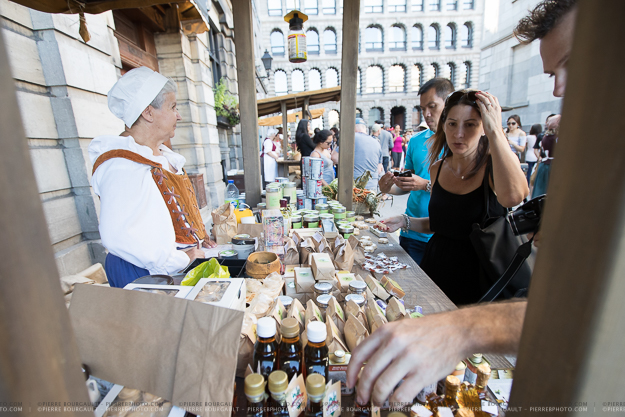 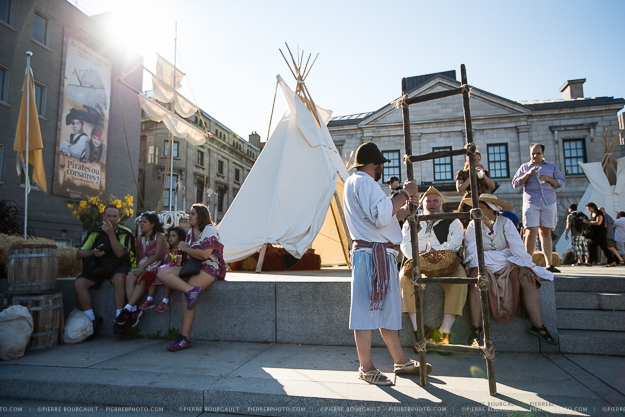 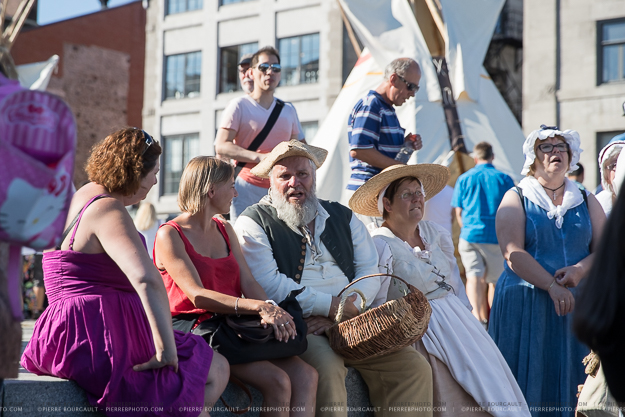