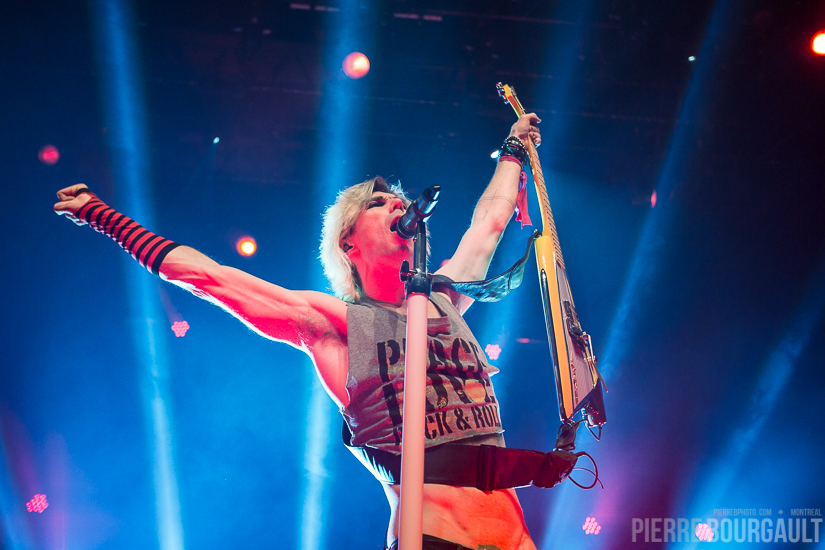 There are nights when things just click… and Marianas Trench show at the Olympia in Montreal was one of those nights.  The band was so energetic on stage, the lights were incredible to play off of.   Could be that the band was finishing up their current leg of their Hey You Guys!! tour, could be that the crowd was one of the loudest I have heard in a while.  Whatever it was, it was fun!

The pop rockers have already been around for almost 15 years and have a solid legion of fans and a Juno nomination.  I first had the chance to photograph them back in early 2012 when they opened up for Simple Plan at Montreal’s Bell Centre where their live set had a much more theatrical feel to it.  This time around, all while having an 80s theme (songs from Huey Lewis and Michael Jackson played on the PA between bands), their show felt more raw… which is always fun to shoot!

Front lights, side lights, back lights… the show had plenty of them!  Camera settings were the standard f/2.8 with an ISO of 1600 and a shutter that bounced between 1/250 and 1/640… with occasional dips to  1/100.  While the lights were plenty, they were mainly on lead singer Josh Ramsey.  The guy is insane on stage, going side to side, playing with fans and a few photographers.  Rock star poses and emotions are a plenty!

If you have pit access, bring a wide angle lens as the band loves to move forward and get up close.

I was covering the show for Virgin Radio Montreal, and you can see the full set of Marianas Trench images (18 or so) up over THERE.  Here are my personal faves, a few exclusives in black and whites. 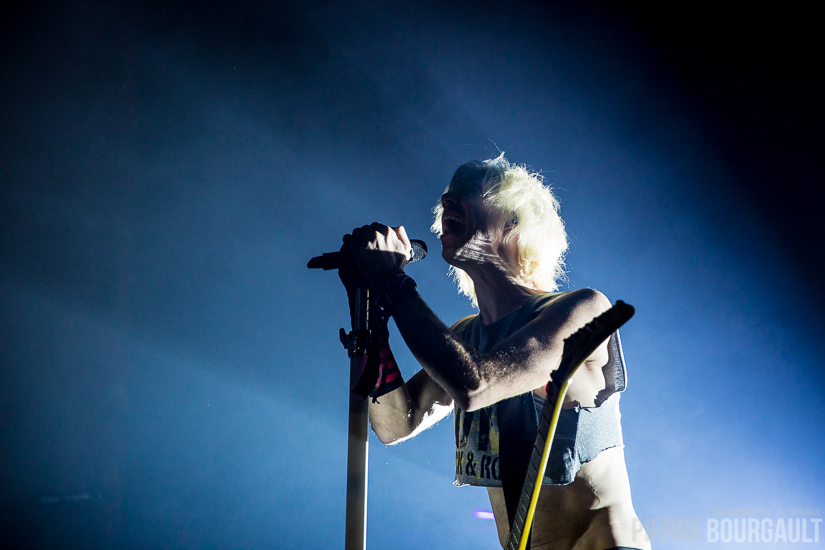 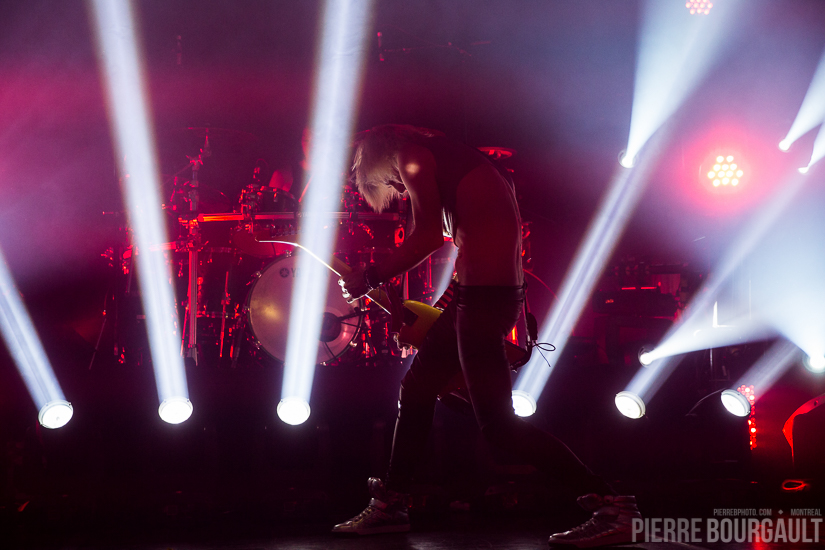 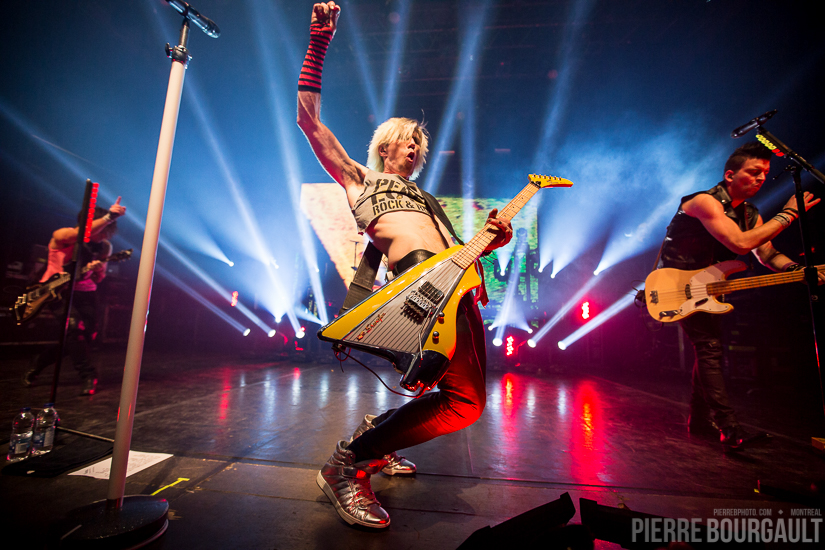 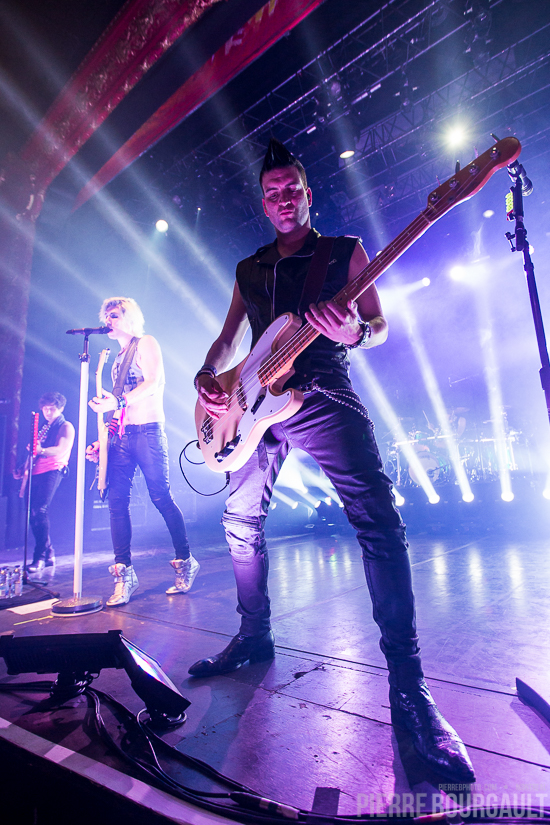 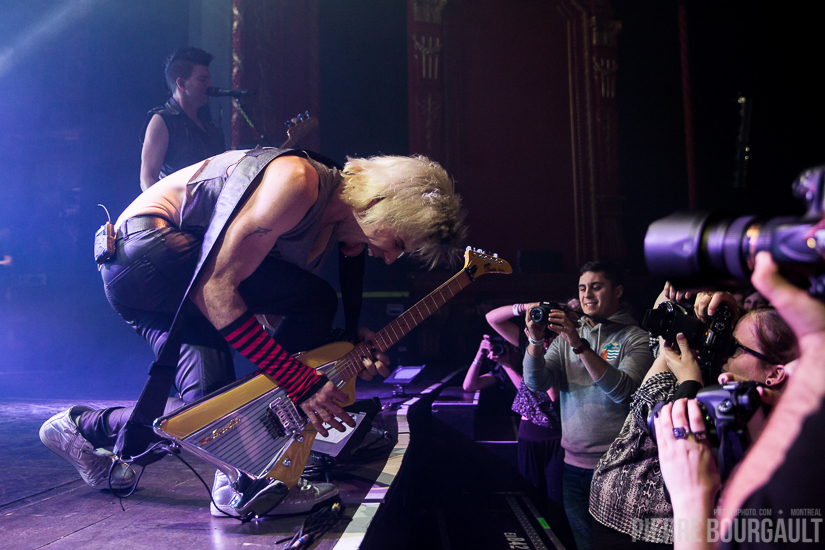 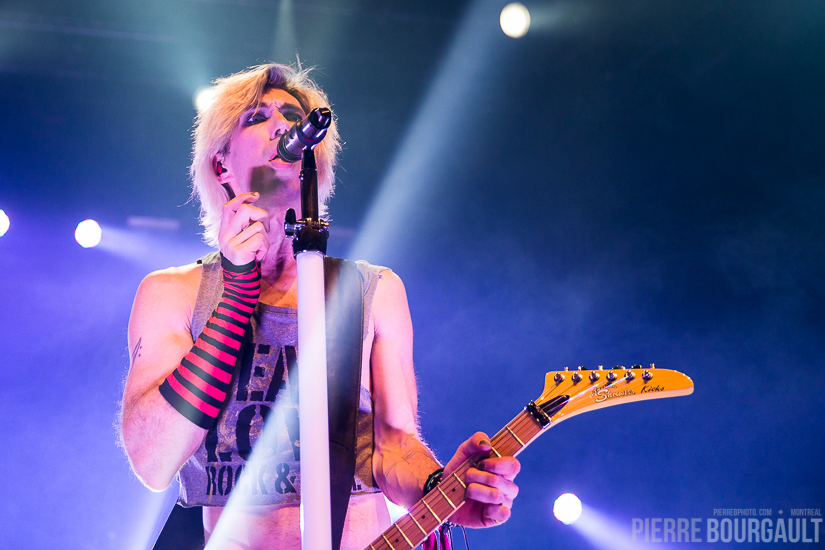 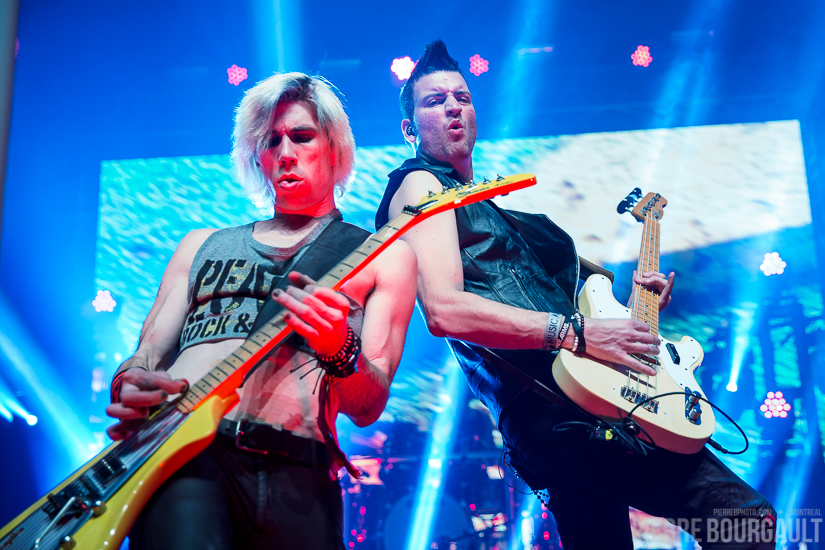 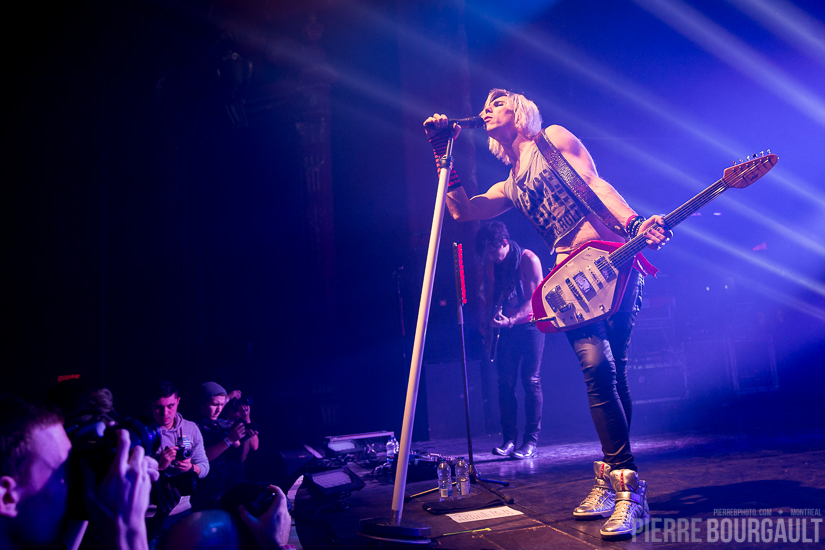 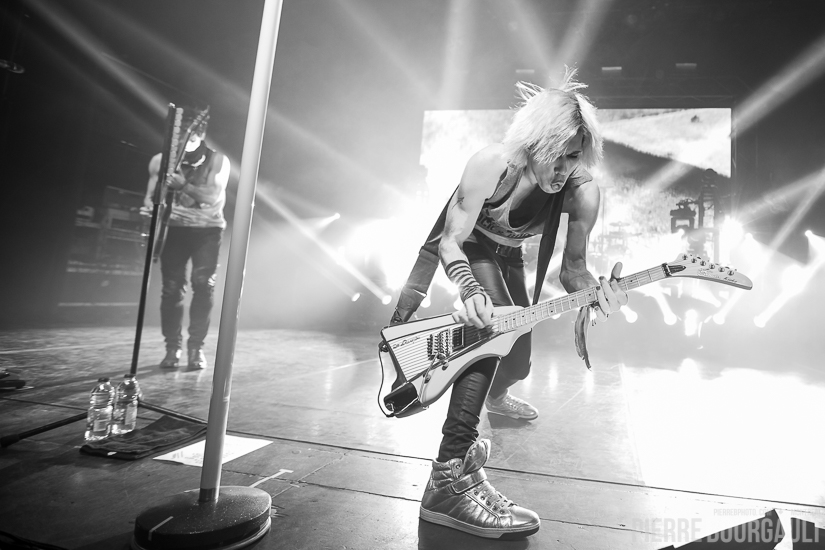 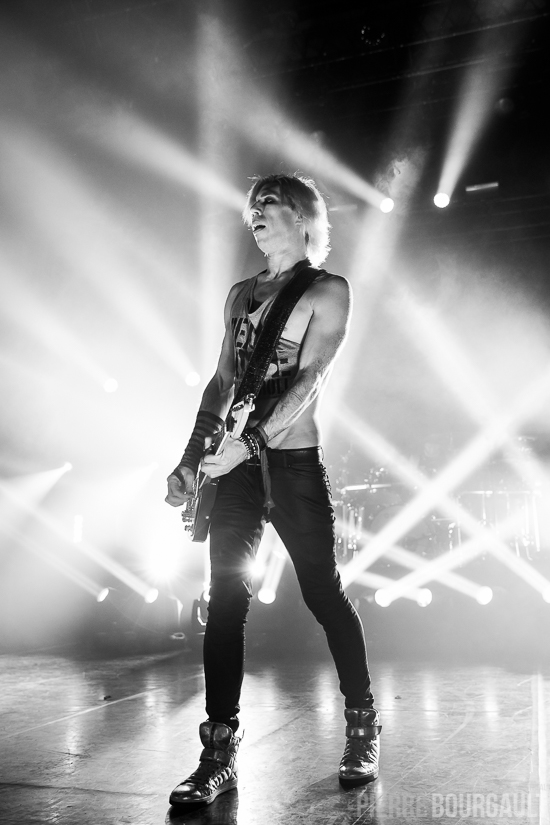 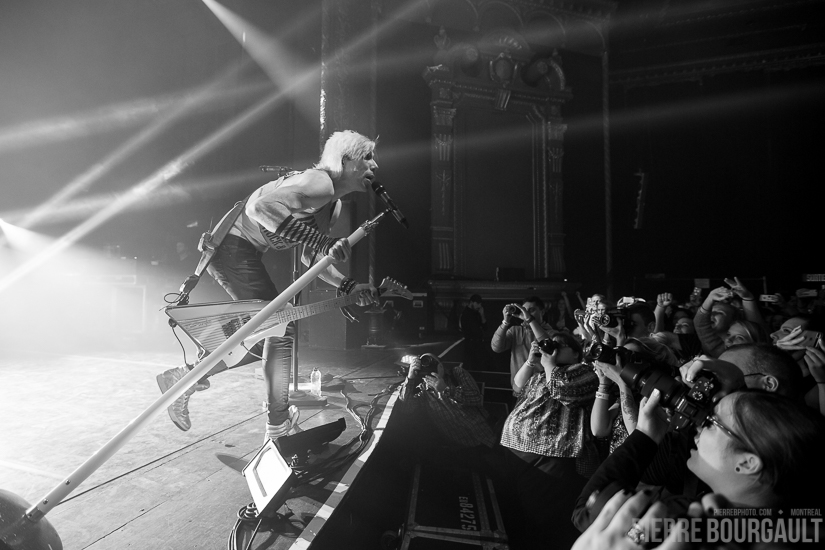 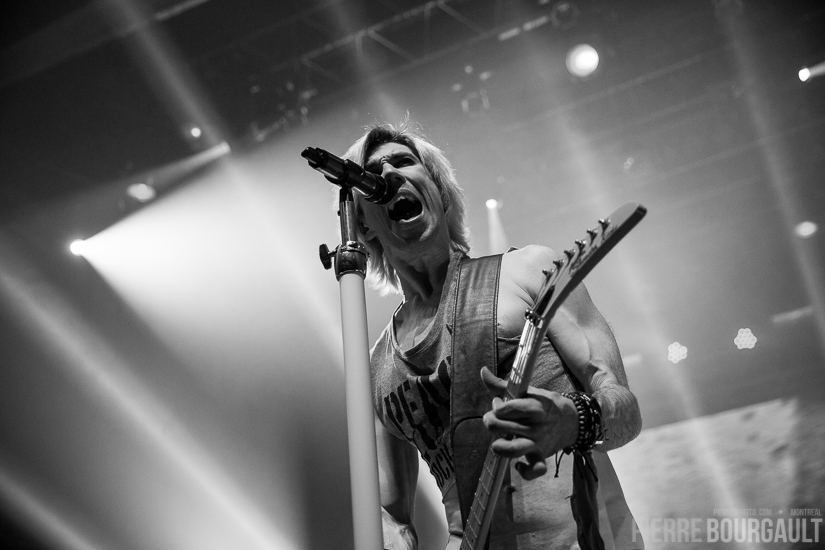