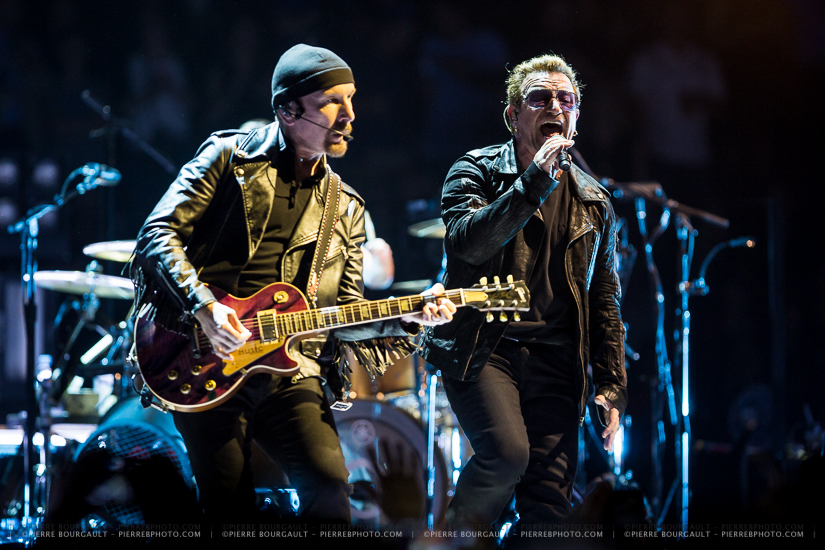 As a teen, U2 had regular play on my yellow Sony walkman.  It was with a wave of nostalgia that I headed to Montreal’s Bell Centre to photograph the band on their current iNNOCENCE & eXPERIENCE tour.  Even if I haven’t really listened to their music for the last 15 or so years, I was psyched to get the go to photograph their first of four (!!) nights.

Before I get into anything else, I have to give huge props to local web media Sorstu.ca .  I have been covering shows for them for over 3 years.  As most web medias come and go, Sorstu has managed to gain the respect of promoters, artists and their management, to the level where a band like U2 (and others in the past), who typically only lets in the big print newspapers, were given the go for coverage.  Good on ya guys!  Merci!  That said, you can see more images and read a review of the show HERE

Bono is an amazing front man.  He knows how to keep the crowd into the show.  You would think it is easy with such a loyal fan base and so many hits under their belt, it still takes a special someone to keep the energy level up as he does.

Our shooting restrictions were very tight.  We were allowed to photograph a couple of songs in the first set and then a couple more in the second set.  Sounds great as industry standard is 3 songs, but we were placed half way down the arena to one side.  They did bring out a 1 foot riser to get us a bit higher, it just wasn’t enough to get a clear head to foot view of the artists.  And with today’s need to take photos and videos with your cell phones in the air, we had to navigate the ultra crowded riser (even though we were 8-9 photographers, with long lenses and so on, makes for a tight squeeze) trying to shoot between hands. 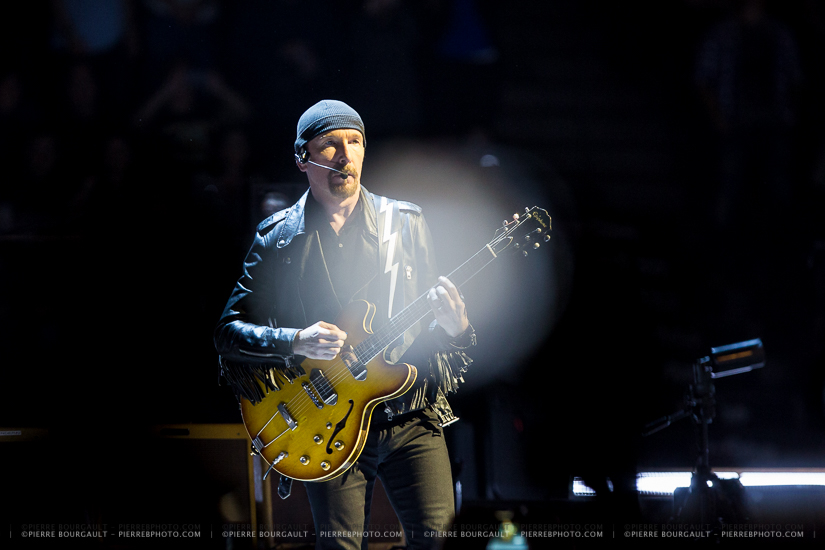 The little spec of white light in the middle of the image? 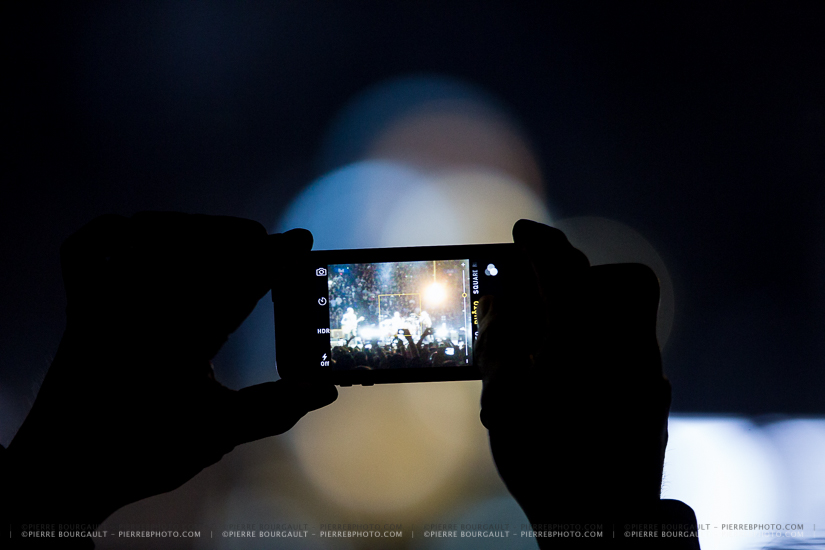 I had heard from a couple of photographer friends in other cities that they got the first two songs in the photo pit and the second set of songs off to the side.  That unfortunately wasn’t the case for us.  Below is our view of the stage.  Well, the stage is somewhere in the back in the middle of the photo 😉

But that is part of the job!  We need to deal with what we have and make the best images we can.  Thankfully, U2 puts on a great show and it gave us many moments to capture, even if the angle got a bit repetitive.  Photographing a concert is not just being there and snapping a few pictures and then moving on.  It’s about trying to capture the moments that happen, the artist’s expressions while they are performing, and try and give a sense of what was going on to the viewer. 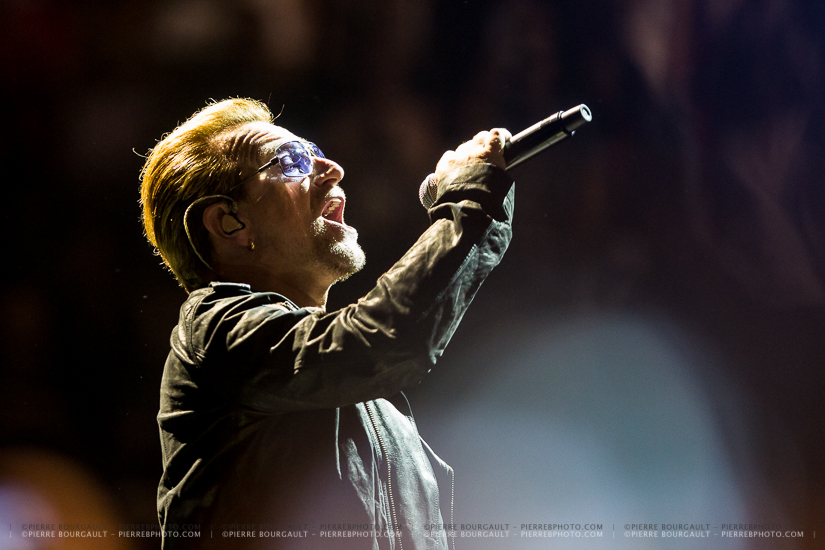 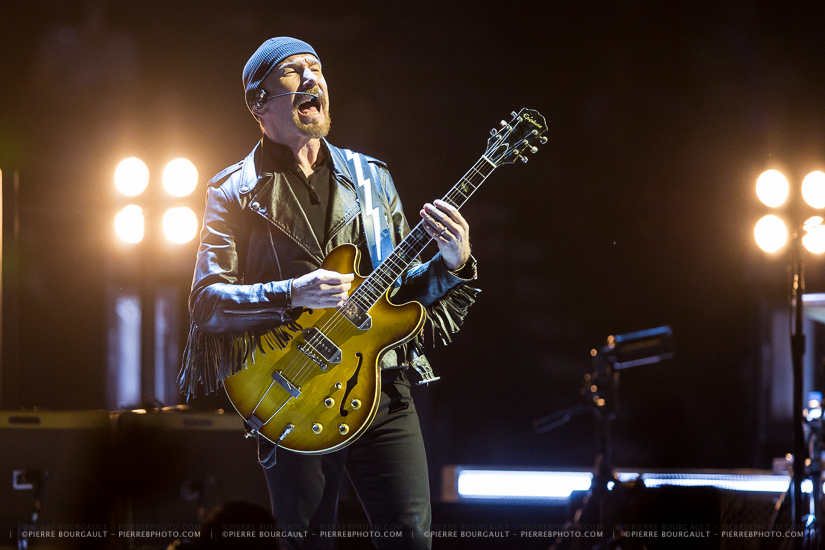 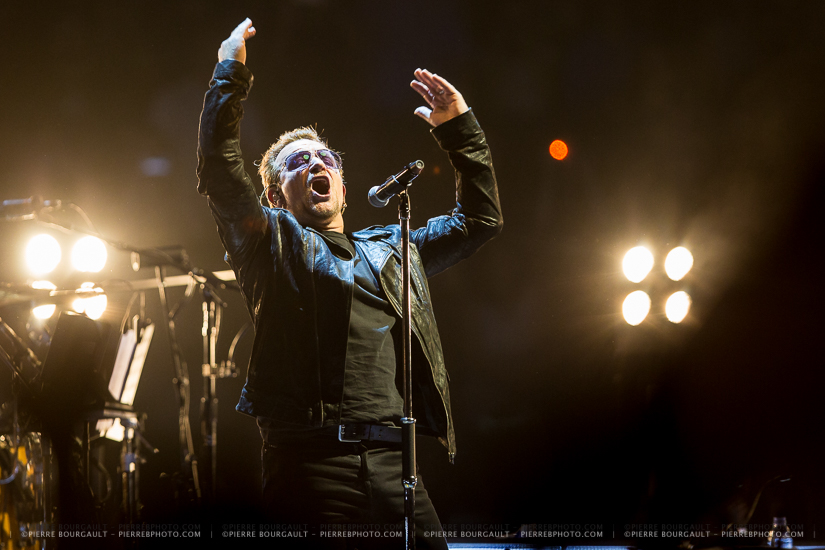 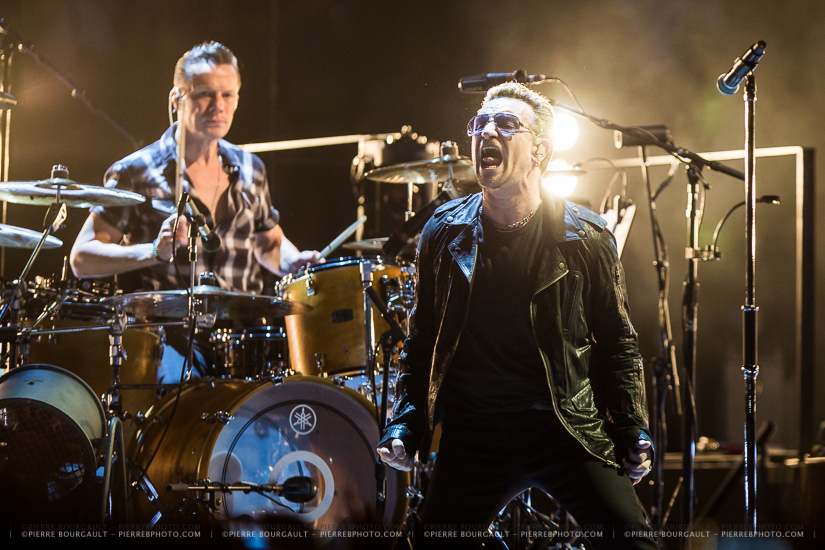 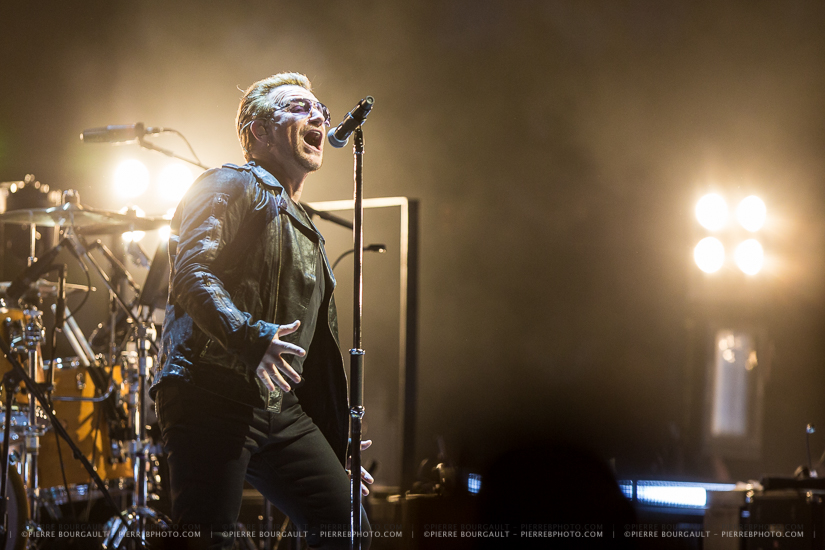 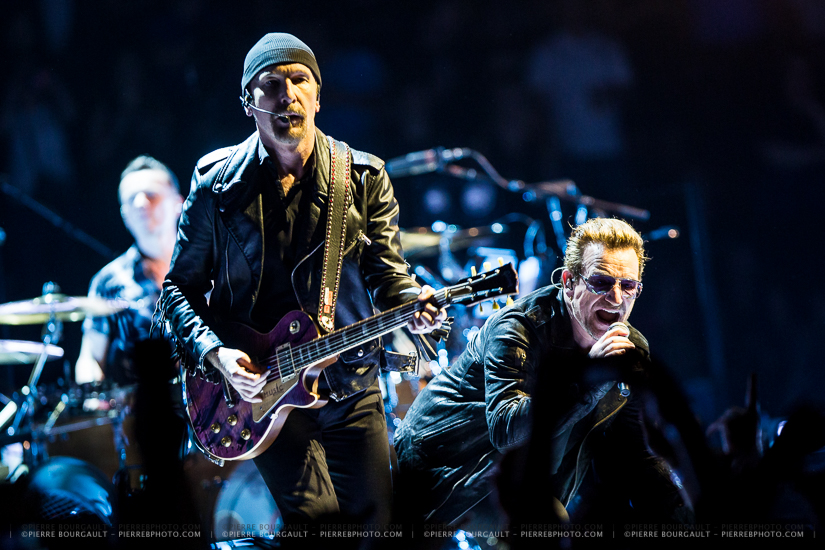 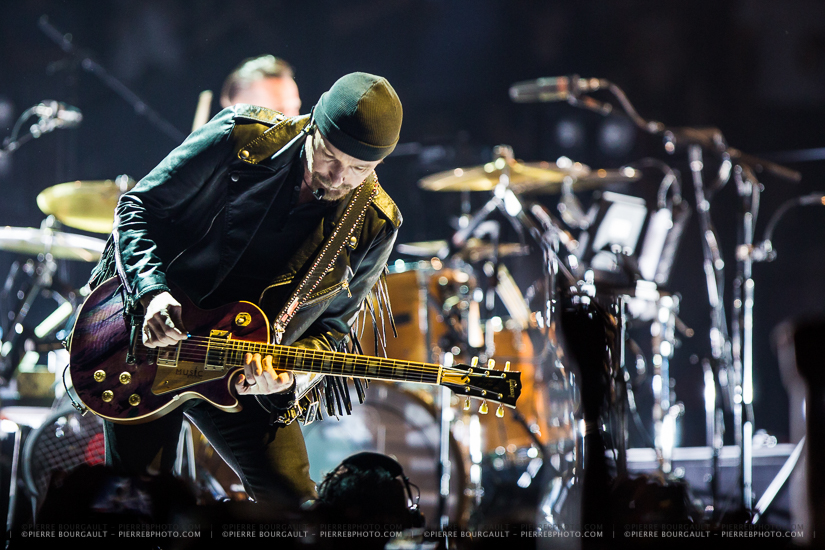 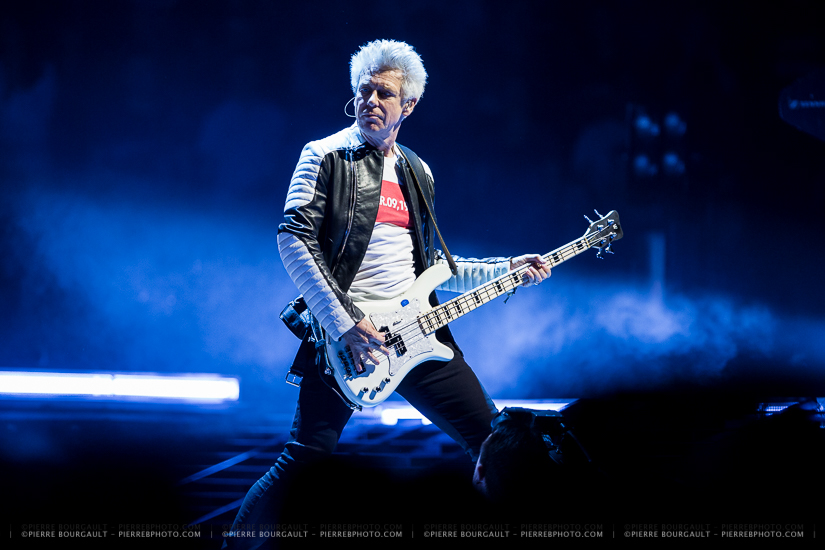 One of the fun moments to capture was Bono spraying water into the crowd.  It happened a few times during the second song, but was a bit chaotic to capture.  From lenses focusing on the water droplets, some photographers not being in the right spot (you win some, you lose some).  I managed to grab a fun little series 😉 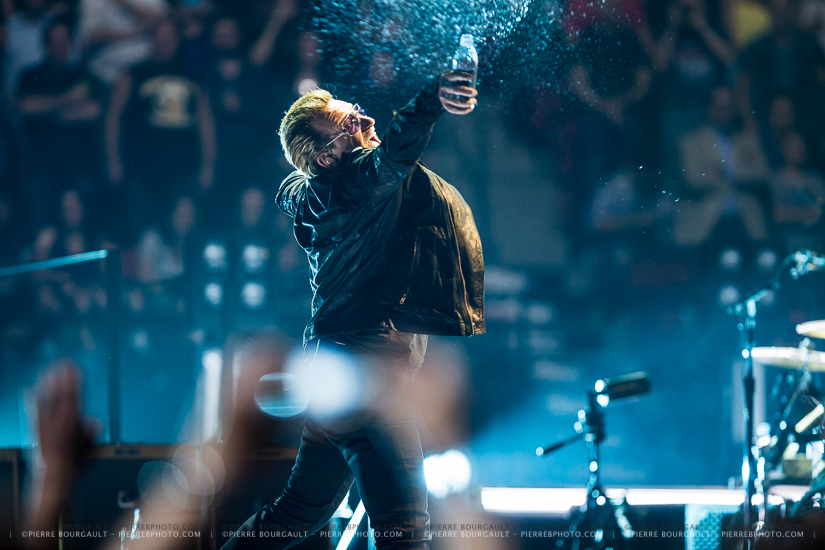 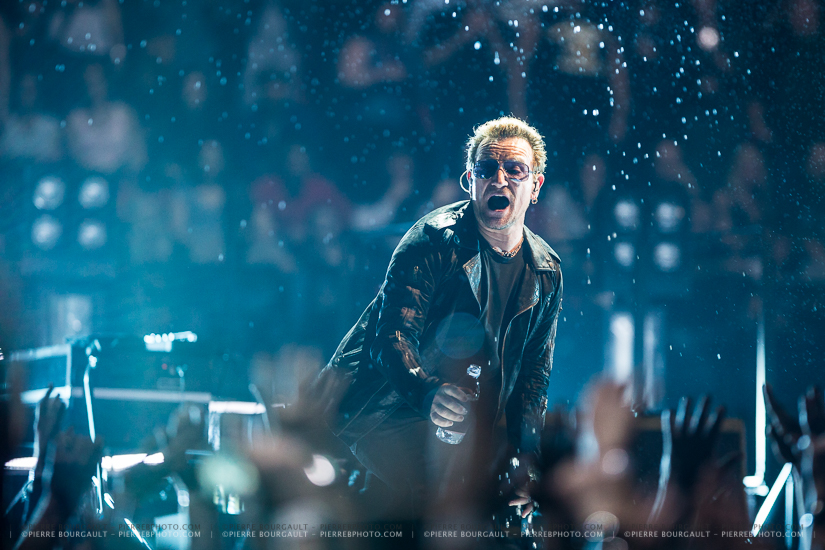 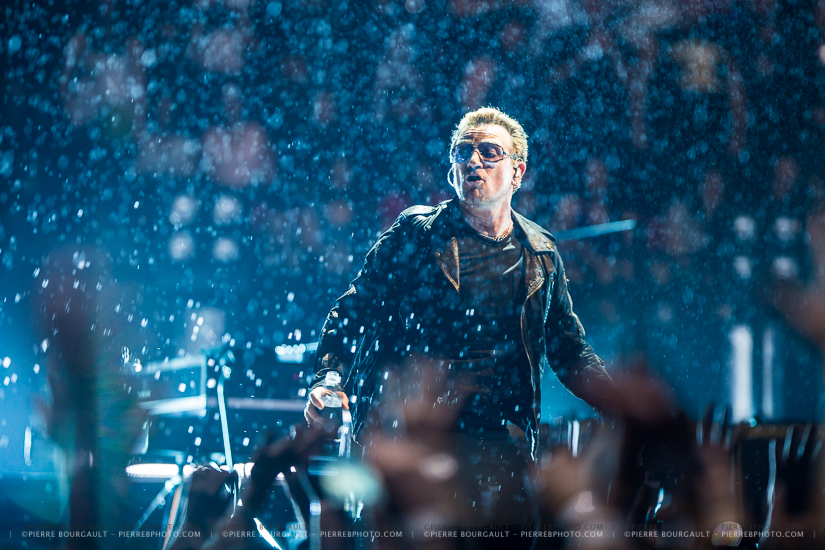 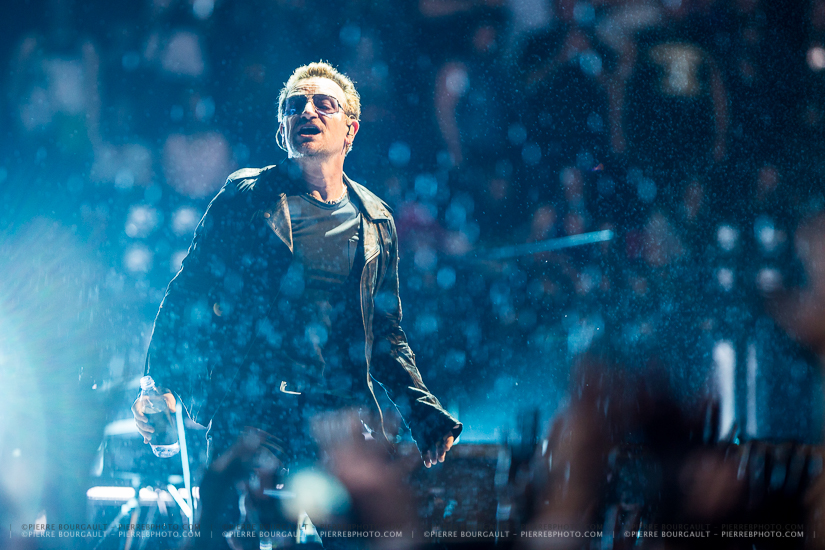 After the first set, we waited in the media room until the reps came to escort us back to the new shooting area, which was a few feet behind where we were originally.  Why let us back in?  One of the show’s key elements is a giant screen that the band plays in.  Visually, it is really cool to see.  So kudos for letting us back in to capture it! 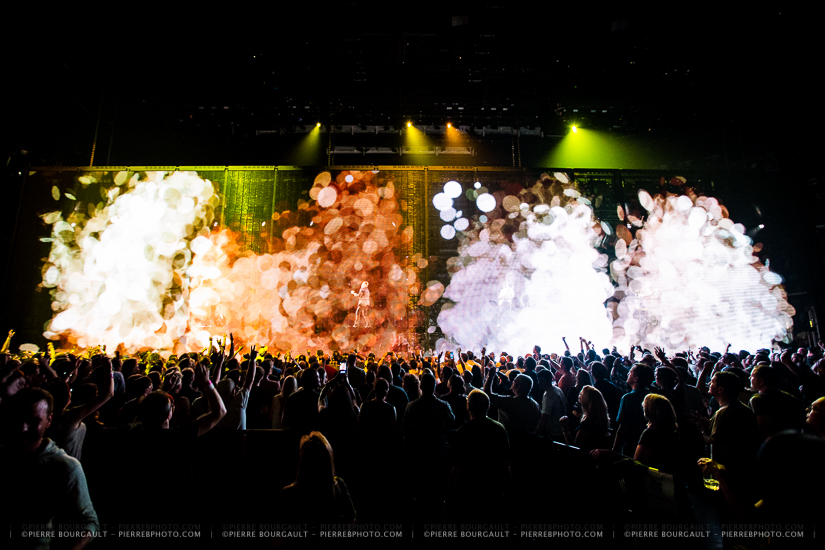 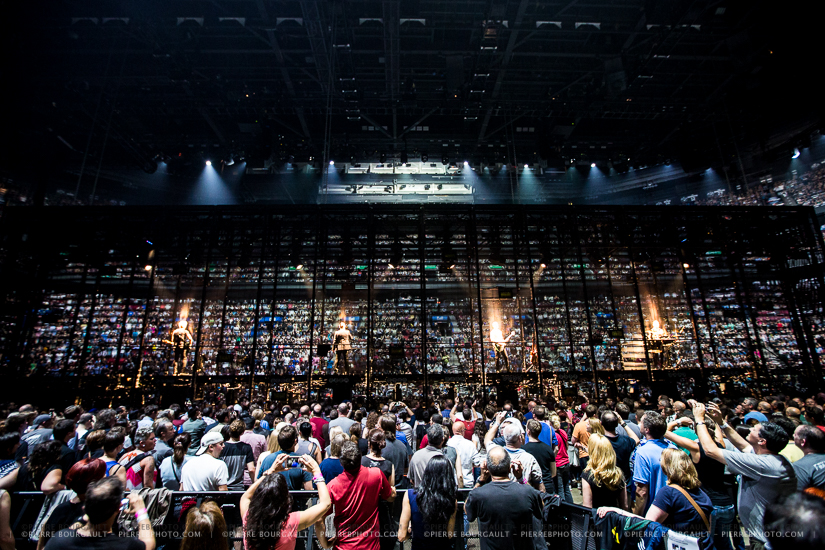 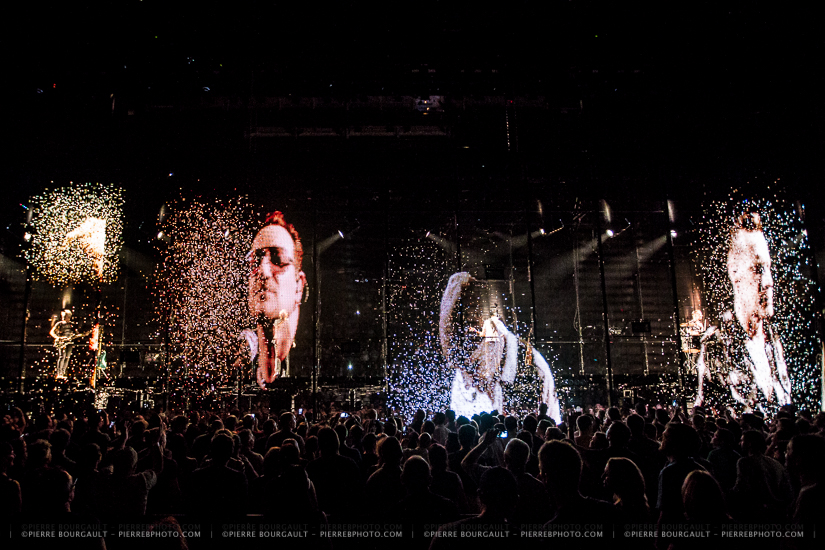 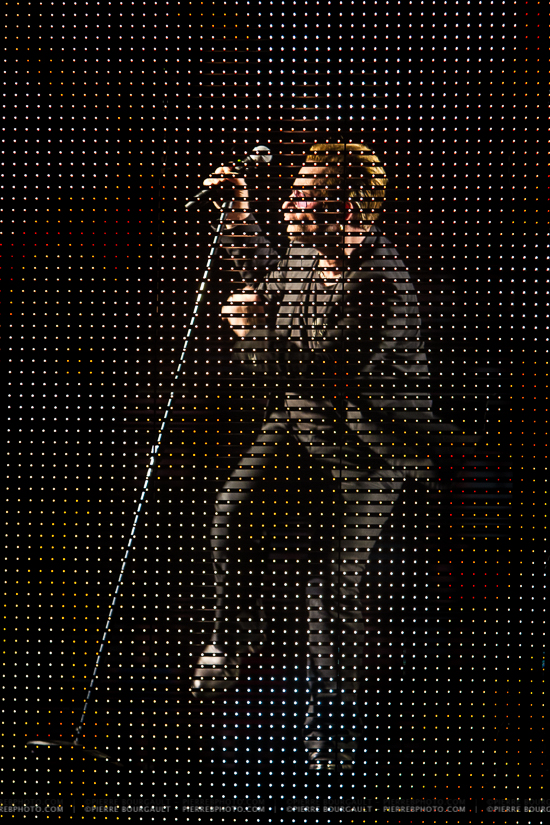 All in all, was a pretty fun shoot!

Curious as to what settings I use during shows?  I have a little write up HERE all about the basics of what I do 😉

Unsure of exactly where we would be, I took the advice of a fellow concert photographer friend about just be ready.  So I got my hands on a 300mm f/2.8 lens.  A bit small compared to the press guys and gals that were mainly using 400mm f/2.8 lenses, but that extra reach was helpful!  The second set of images were mainly done with a 16-35mm lens and a 70-200mm lens that had a x1.4 teleconverter attached