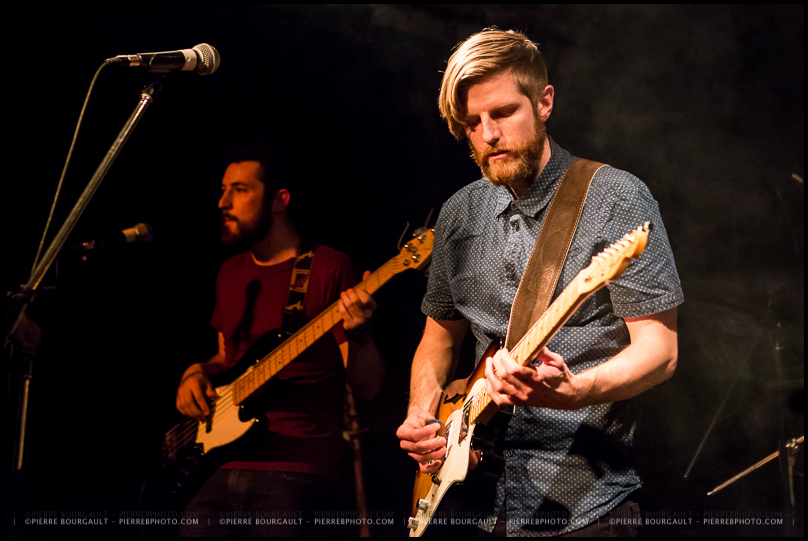 There are two things when you do concert photography that go hand in hand… live shots and promotional shots.   You often don’t have much time to get your promo shots done, and are often stuck with shooting in or around the venue.  So taking advantage of what you see and acting quickly is key.

Up and coming folk indie rockers Grand Lark, a local band that I’ve done some prior work for, contacted me as they needed some new images, both promotional and live.  They were playing in a small club not too far from my place on a Saturday night.  I brought along my trusty assistant (and awesome girlfriend) Danielle to help out with the shoot, as you never know when you will need someone to hold up a light stand or help clear out the area.  The club, or bar, is very small, has no backstage area, so we were stuck shooting in the venue itself, working with what we had.  Who doesn’t like a challenge?

I like to get variety in my images.  The usage they wanted out of the images was general promotion… from being included in some press releases, images to go with new single releases and so on.   I’m the type of photographer who needs to warm up a bit, kind of get into the zone.  So I went with some easy shots by the bar, nothing complicated for both myself to warm up and to have them get used to being in front of the camera.

One of my fave places was a bench with a curtain in the back.  The bar had some interesting lights going on, so I decided to play on those for a few shots, knowing that I could push some colours in post to give a fun vibe. 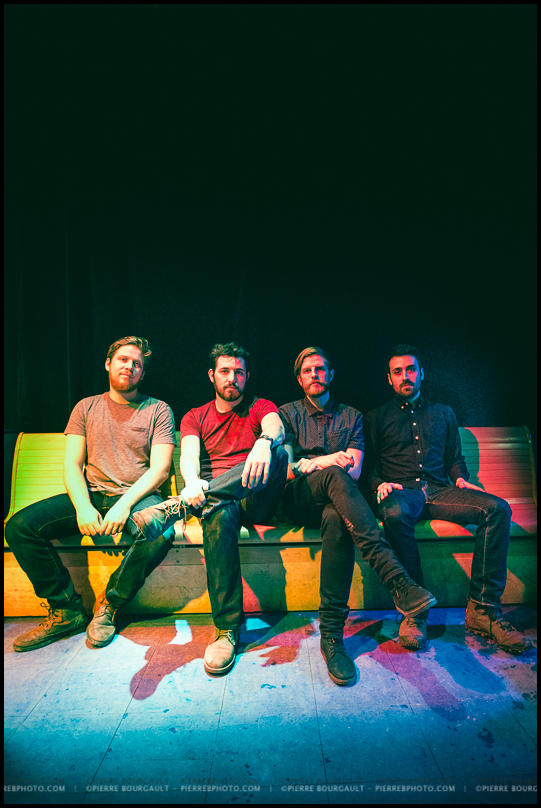 Pulling a bit out of the frame, there I saw the curtain rod up top and decided to get it in a few images, just to add something different 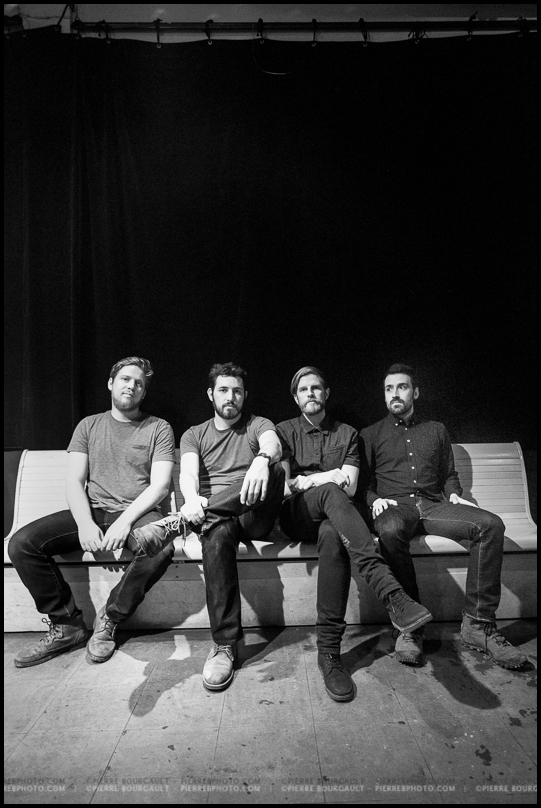 I then got the band to put on their jackets and go outside, to use a small alley that Danielle had spotted to, once again, get a some different styles of images. 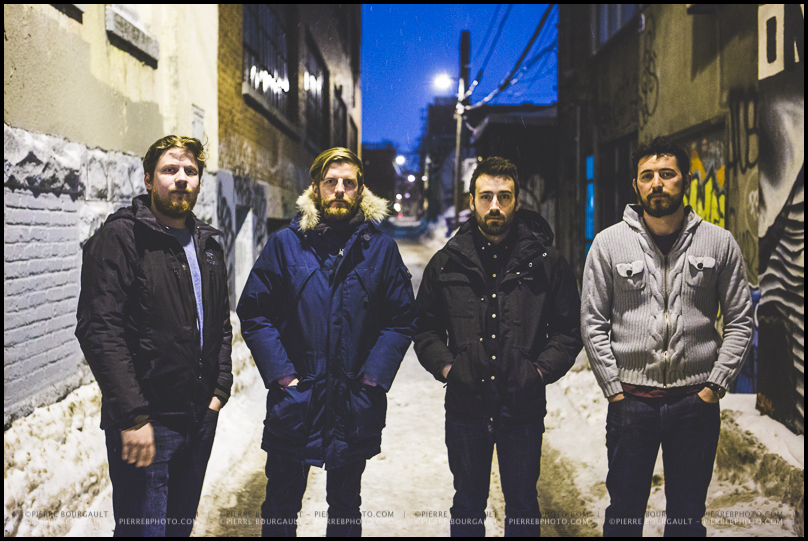 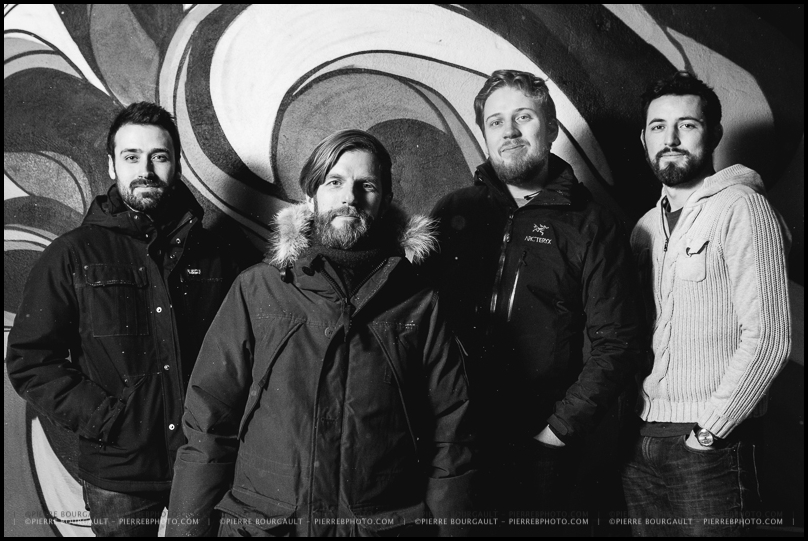 All in all, we shot for about 40 minutes and I ended up sending them about 25 images.  Small bands don’t often have the budget for multiple shoots, so instead of focusing on getting them 1-2 stellar images, I went with a bigger quantity of images.

And then, of course, they went on stage and I did my thing 🙂 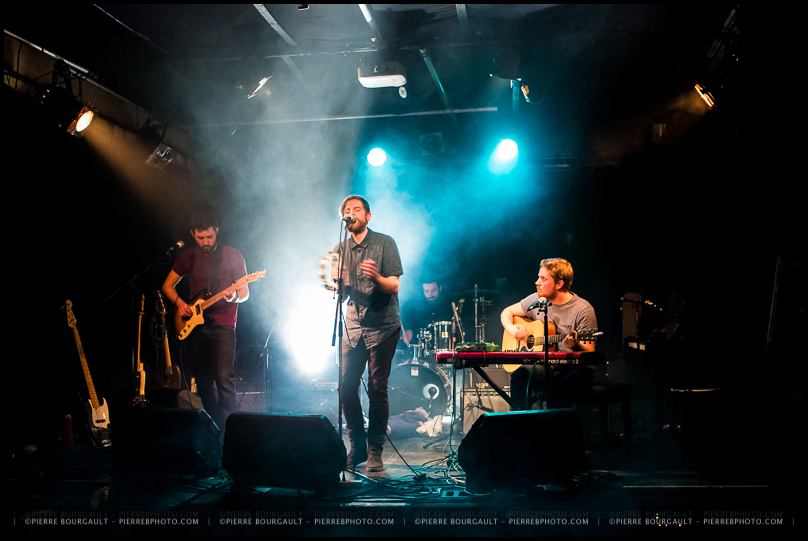 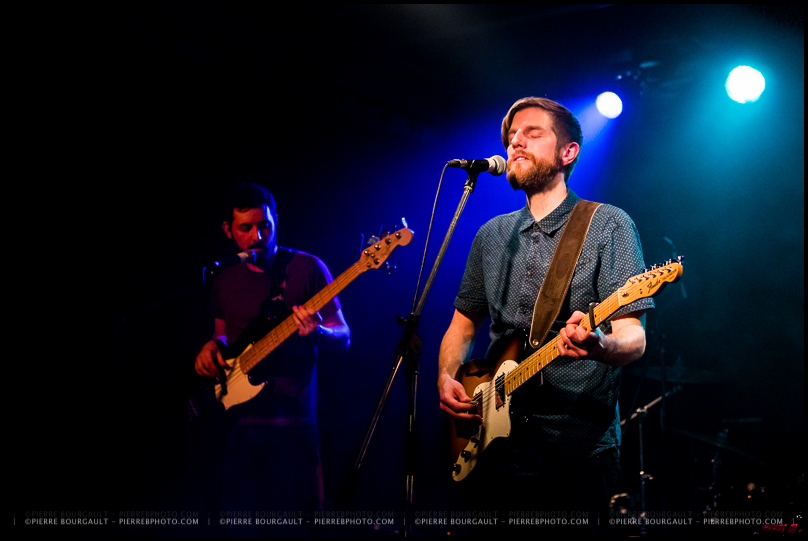 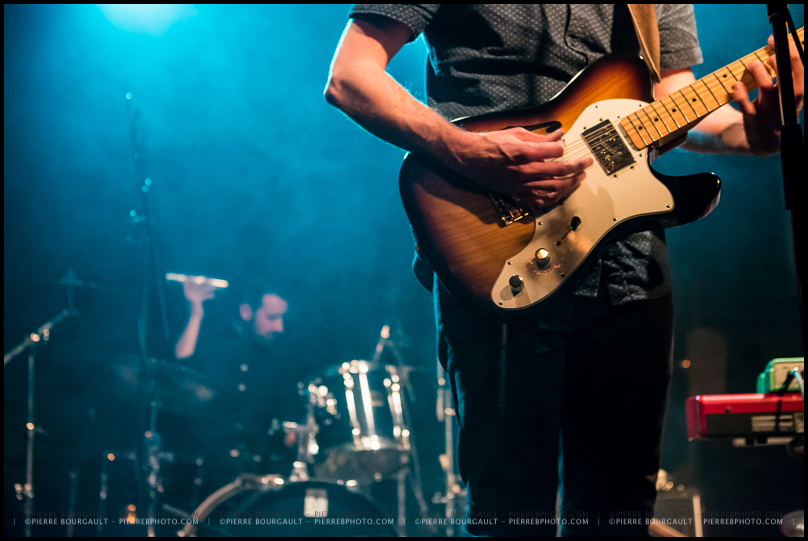 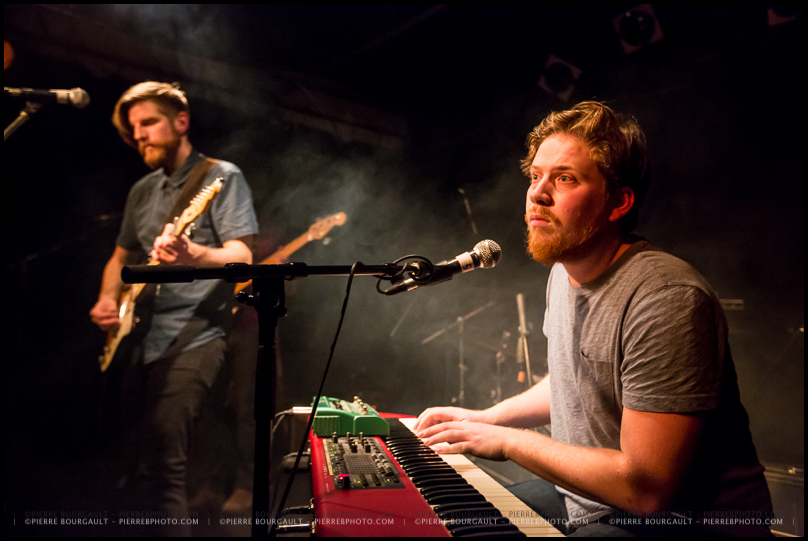 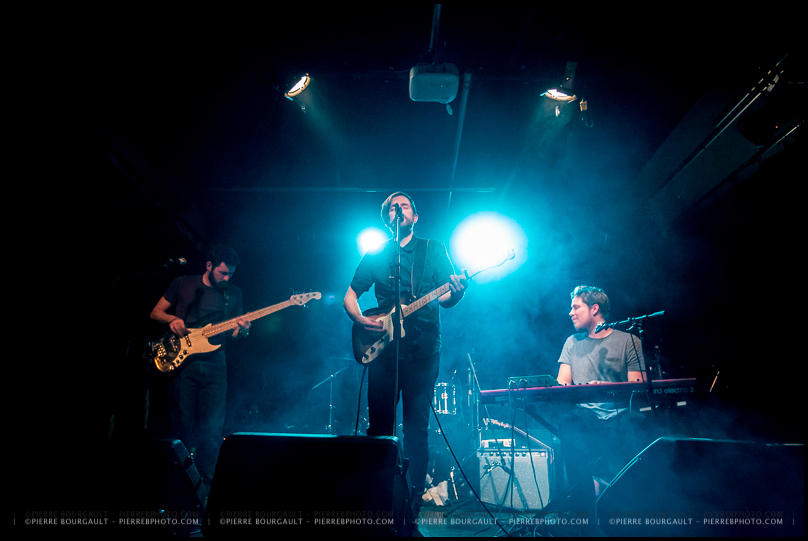 If you want to check out some of their tunes, head over to their website HERE.  You will also get to see a few images from the shoot already up on the page 😉