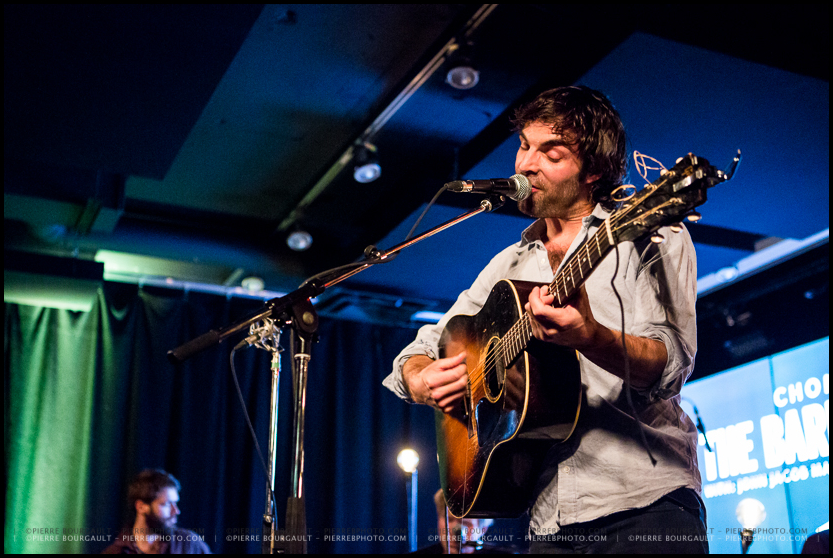 The last time I saw Montreal’s The Barr Brothers live was at the 2013 Jazz Festival, where they played an amazing set on the main outdoor stage in front of tens of thousands of people.  Yep, they are big in their home town.  So when I got the call to be the only photographer to shoot them in an exclusive performance at CHOM 97.7‘s rock room in front of 100 contest winners and VIPs, I jumped at the chance.

It was a pretty funky event I must say.  It was my first time seeing a show in the Rock Room.  I had seen it a while back while I was at the studios, but never with this all out setup for a concert.  From catering, comfy couches,… the place transforms really well for a gig.  The lights were better than I thought they would be for such a small venue (well, for the openers it was.  For The Barr Brothers, they elected to keep it low key and intimate with low lights), the sound was great.

Two local acts opened the night, Andre Papanicolaou and what turned out to be my highlight of the night, John Jaconb Magistery.  Hats off to CHOM for having these types of small events and getting the word out on some amazing Montreal talent! 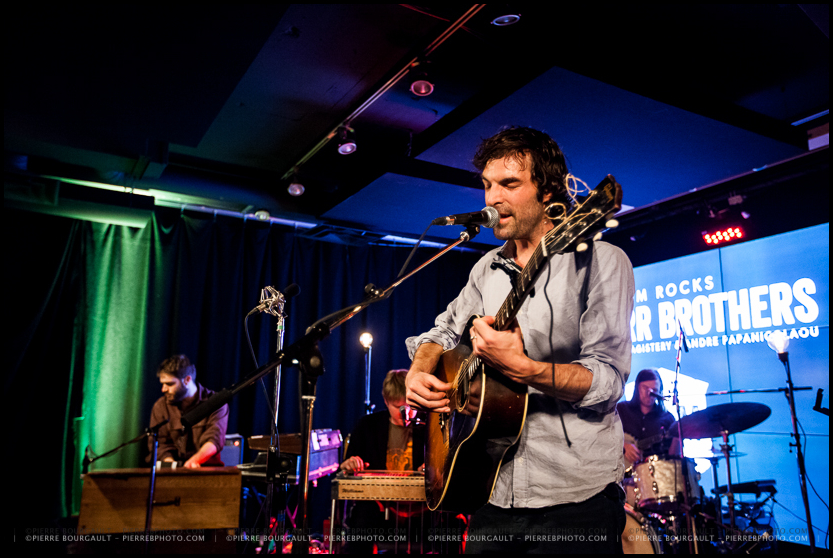 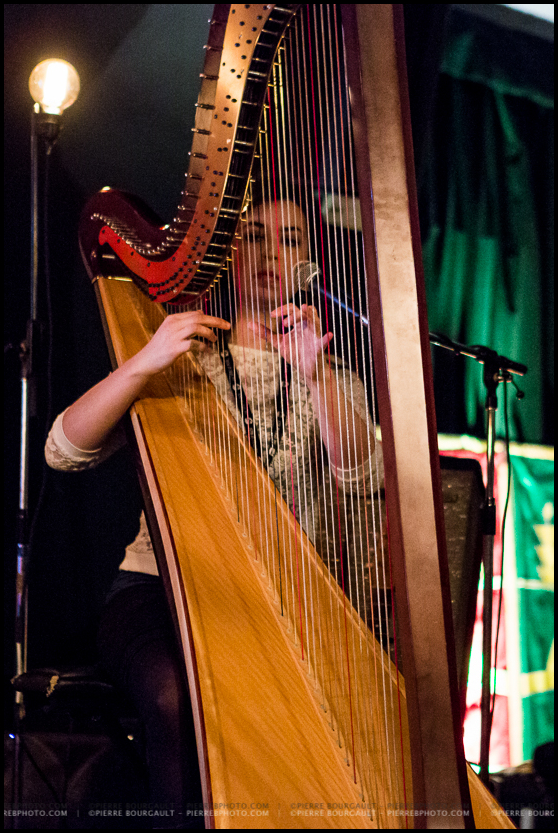 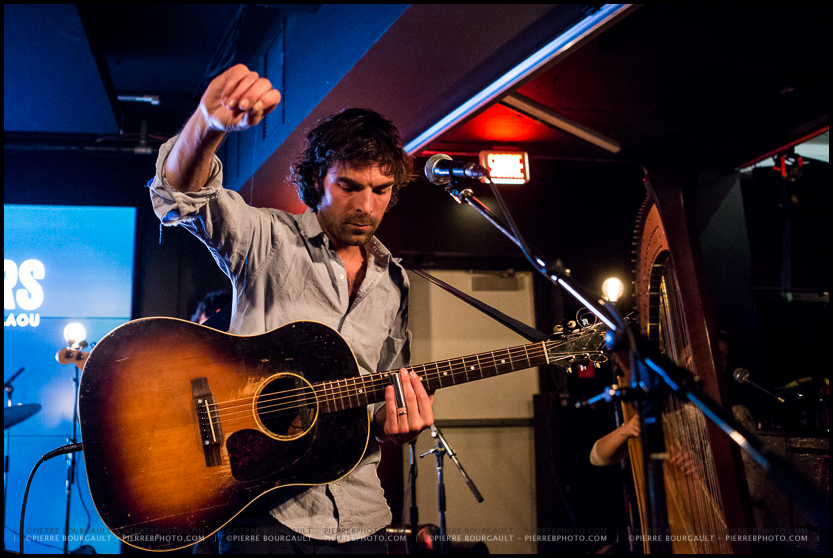 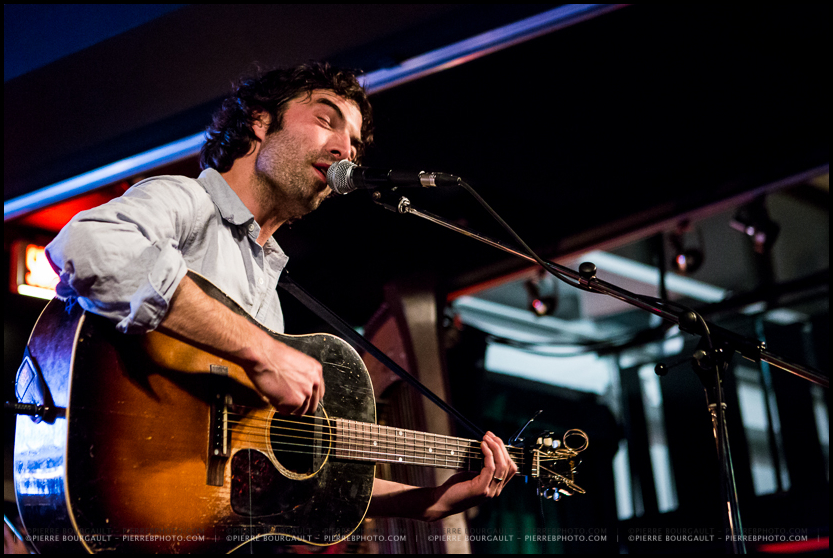 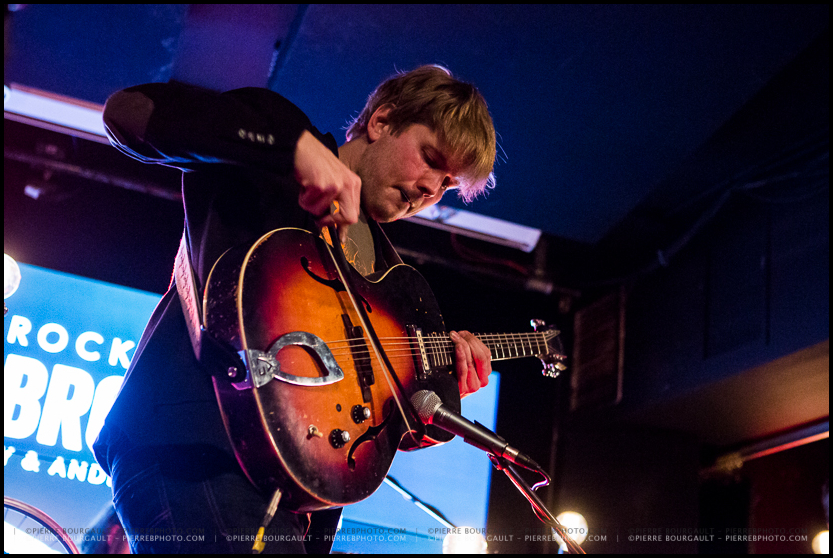 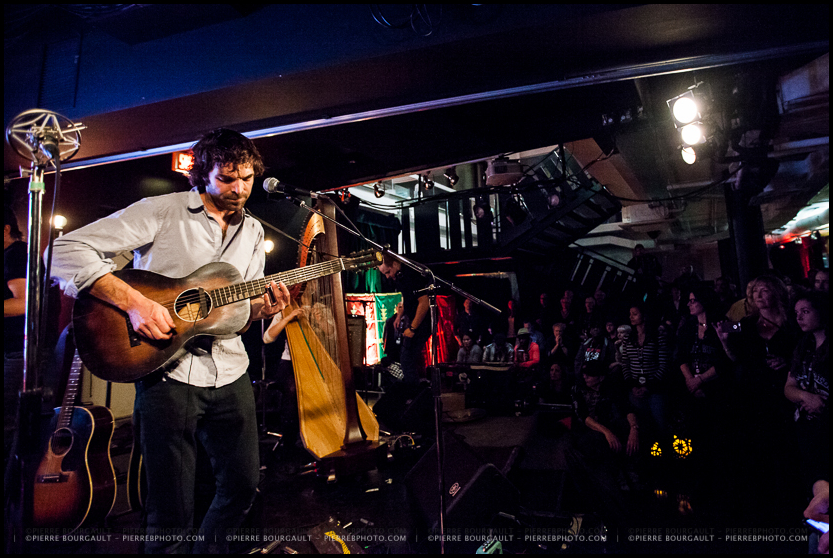 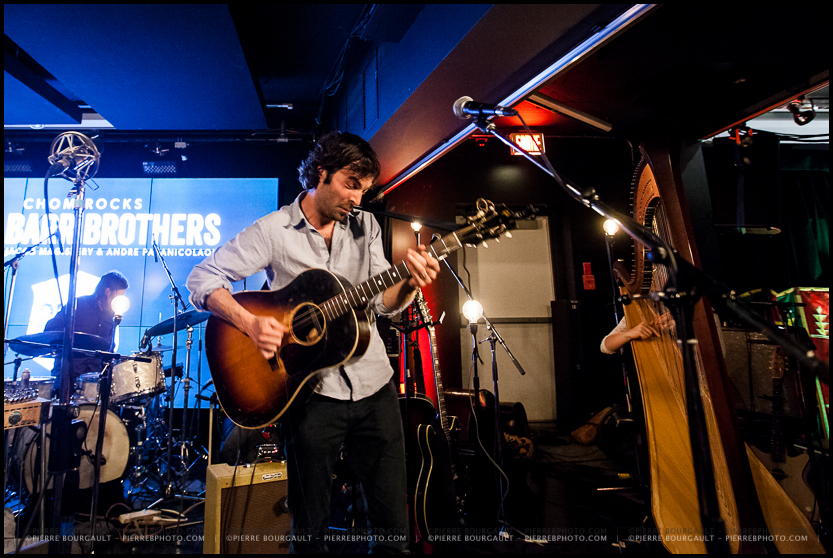 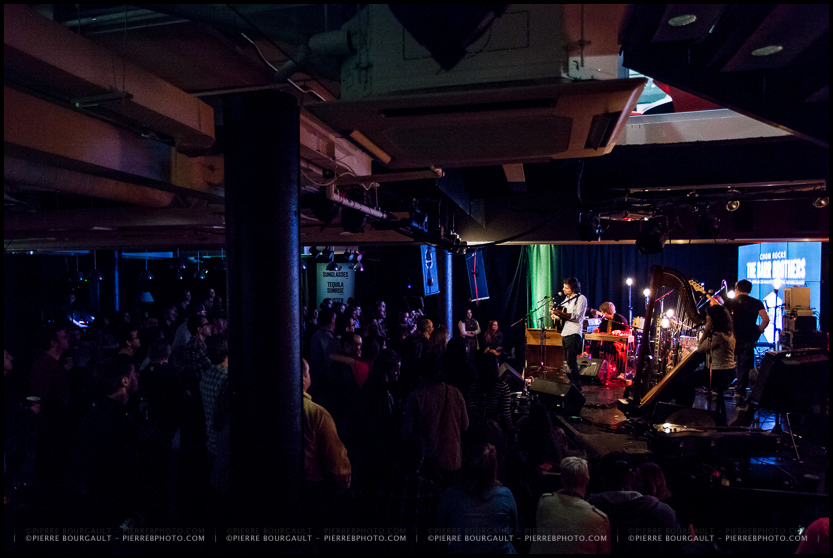 John Jacob Magistery came out of nowhere (for me).  They have apparently been getting some decent airplay on CHOM, which is great.  The voice of Johnny Griffin is superbe, both when the songs are slow and when they are rocking. 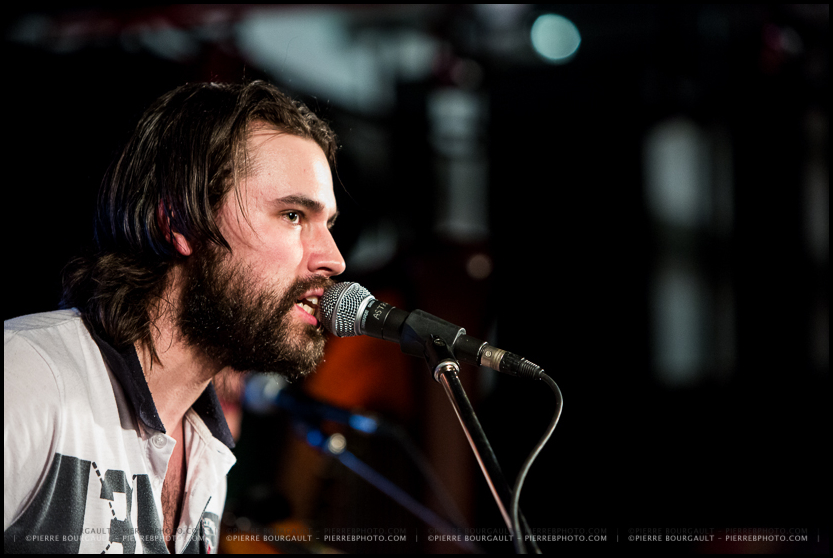 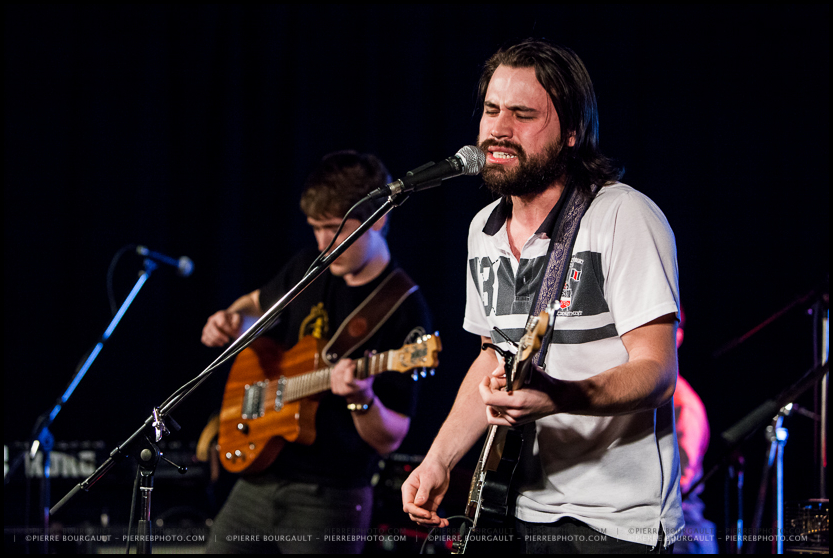 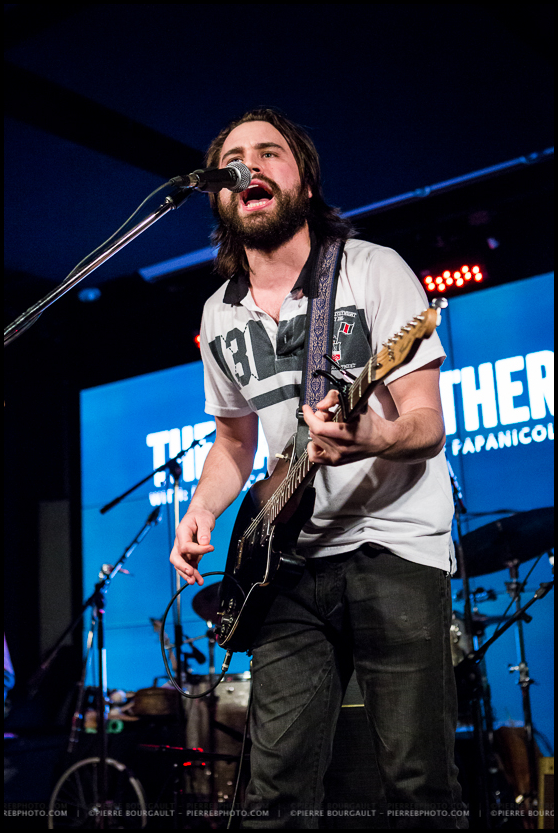 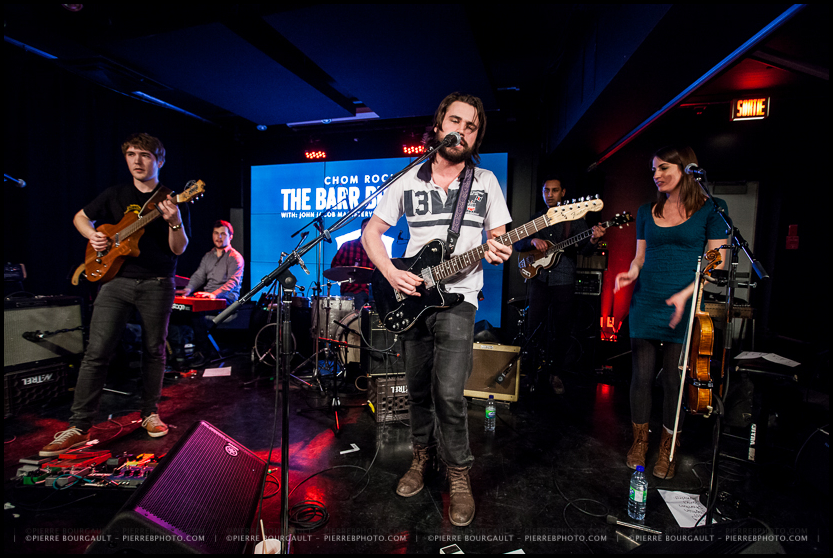 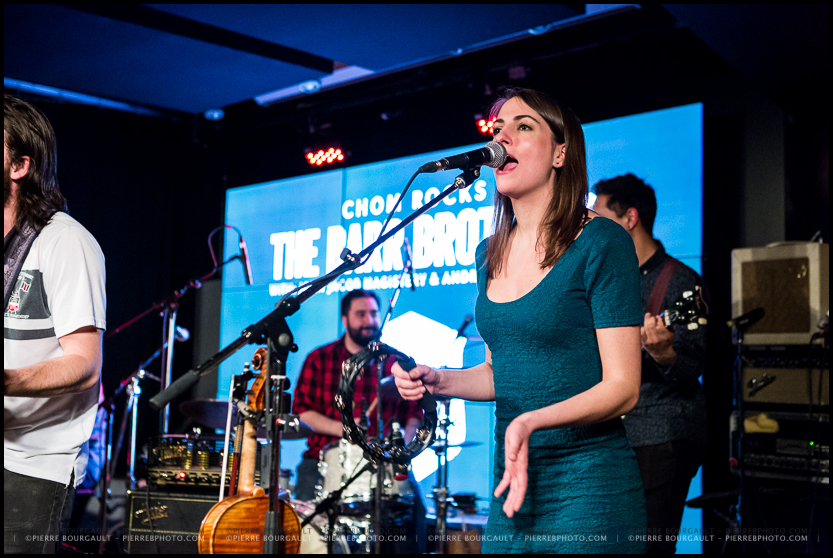 And a few pics of the night’s opening act, new daddy (as of 2 days ago) Andre Papanicolaou.  Who had some great charisma on stage with some funny stories to tell, and some great music to go along with it. 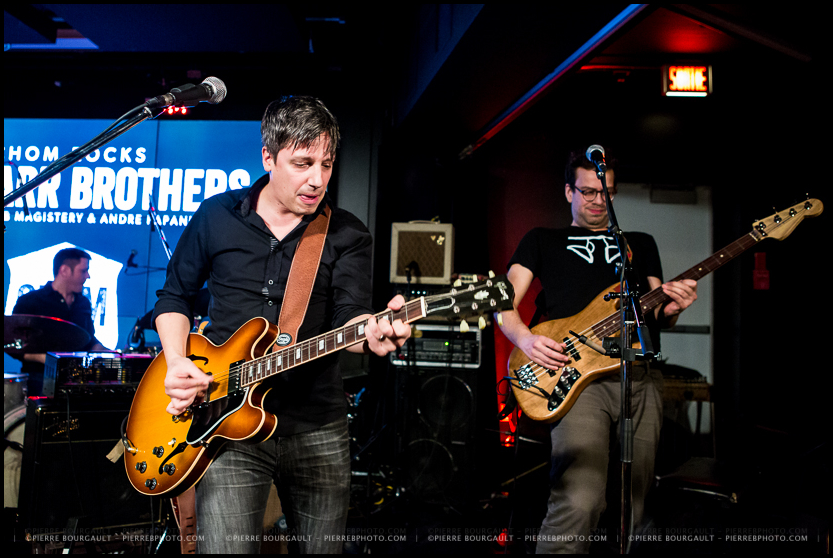 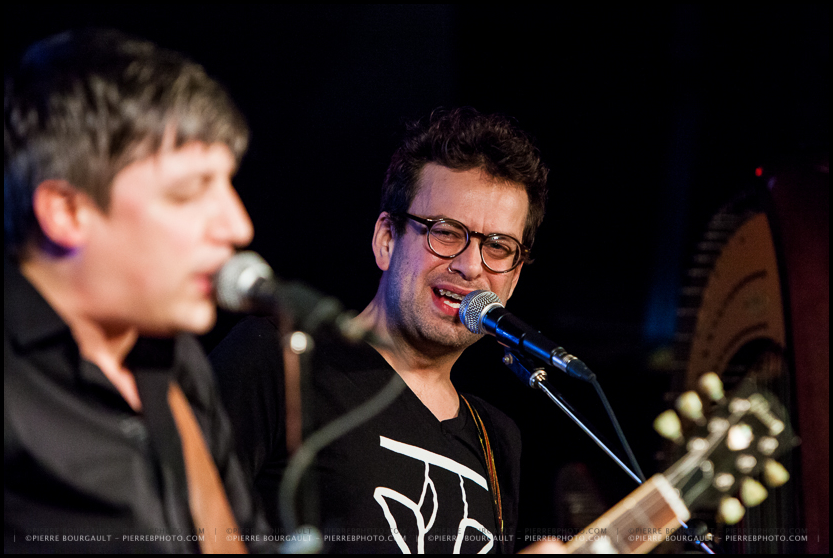 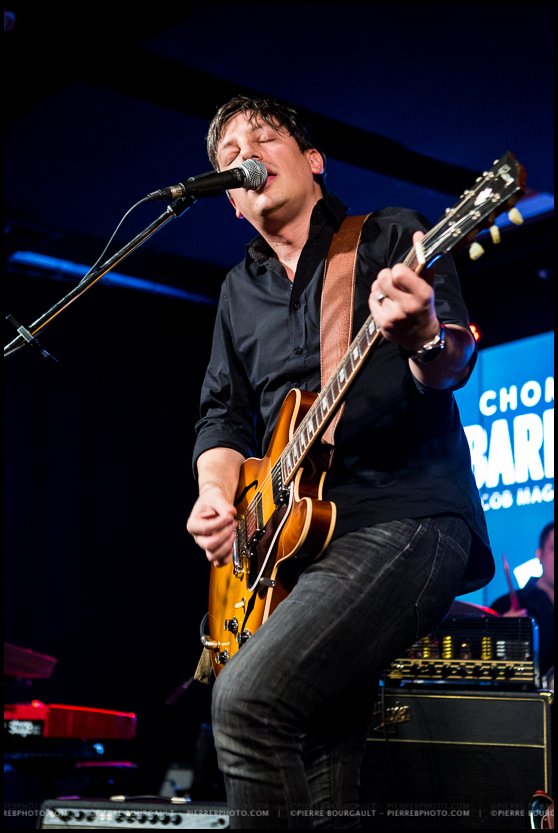