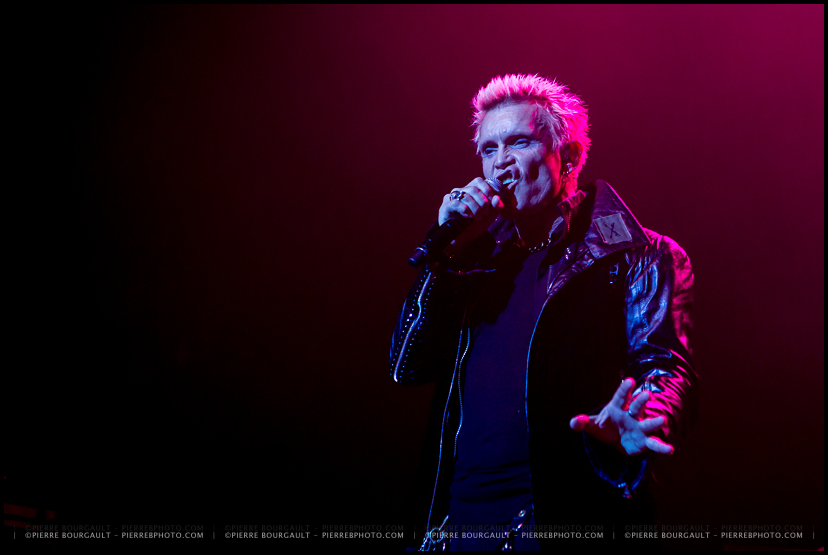 English 80s rock and punk rocker Billy Idol was on stage in front of a very sold out Montreal Metropolis on February 3rd 2015.  And when I say sold out, I mean it was jammed packed to the point where the security barriers at the front were pushed very close to the stage  – making for a really fun (and I use the term lightly) shoot.

On tour supporting his latest, and well received, album Kings & Queens of the Underground, the night was set for some nostalgia.  And that’s pretty much what it was for this photographer.  He had his trademark snarl, and it was great to see guitarist Steve Stevens, who started with Idol in 1981.  He knows that his fans are there to listen to the hits, the 18 song setlist did include Rebel Yell, LA Woman, Dancing with Myself, Mony Mony and others. 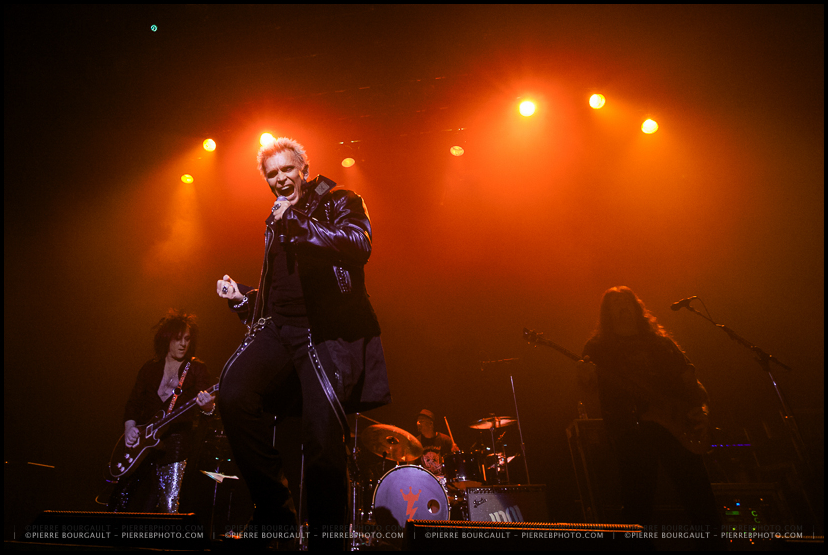 The light, which can often make or break show photos, was spot on.  At times contrasty, at times colourful, it was bright.  Being able to shoot ISO 1600-2500 in a club is a treat.

The 59 year old singer still has the energy on stage, although he did seem to cough a few times.  The musicians are set a bit futher back with lots of room at the front of the stage for Idol to go from side to side and for the occasional “in your face” guitar playing.  It is actually hard not to get some good images from these pros.

As the photo pit was tiny, I was happy to have my 16-35mm ultra wide angle lens to allow for some extra shooting room.  I was actually leaning on the barrier for many of my photos (and it wasn’t a far lean).

While he does move quite a bit, keep in mind that he holds his mic mainly in his left hand, so being to the left of the stage will offer some clearer shots of his face.  So if you are stuck choosing one spot, go left. 🙂

The full image set can be seen up at Sorstu.ca.

Gonna start off the image set with one of my favorite images and…. *gasp*…. it’s in black and white!  I feel the monochrome conversion lends well to this photo! 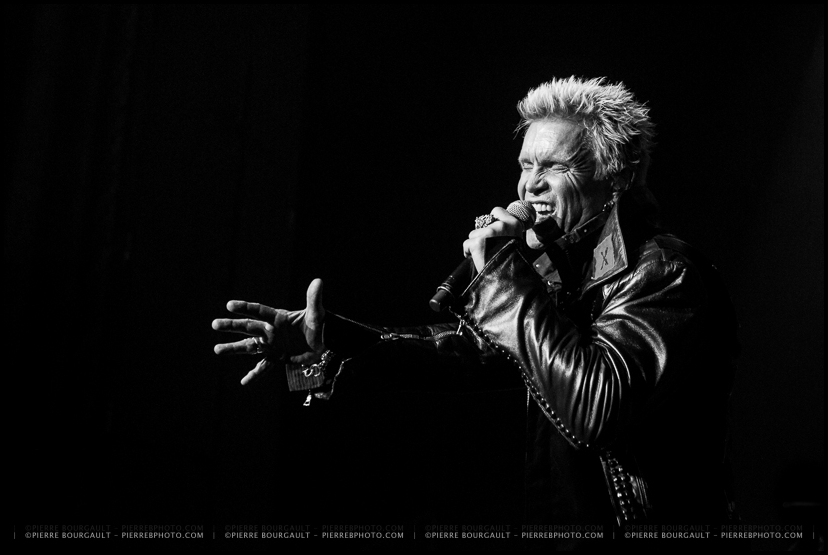 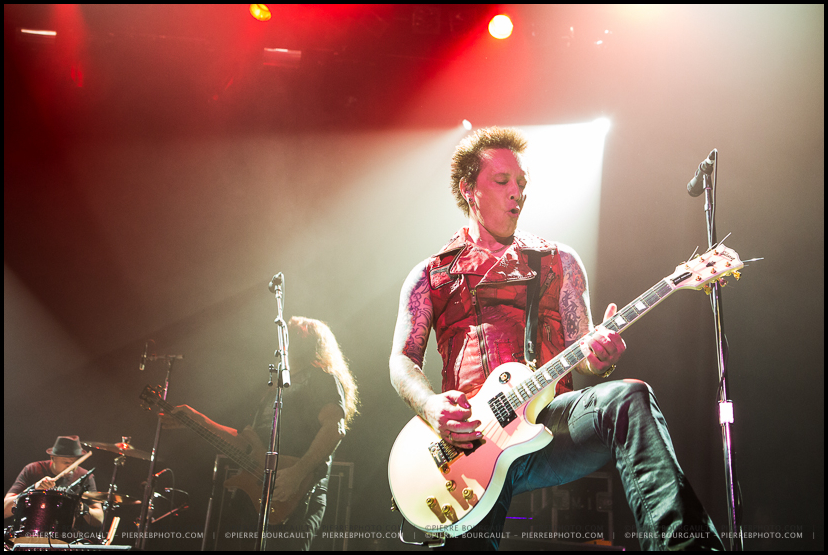 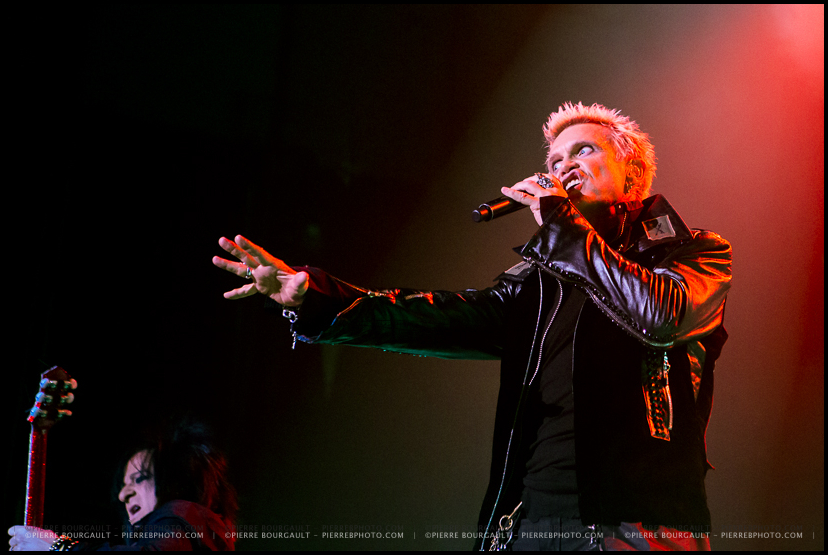 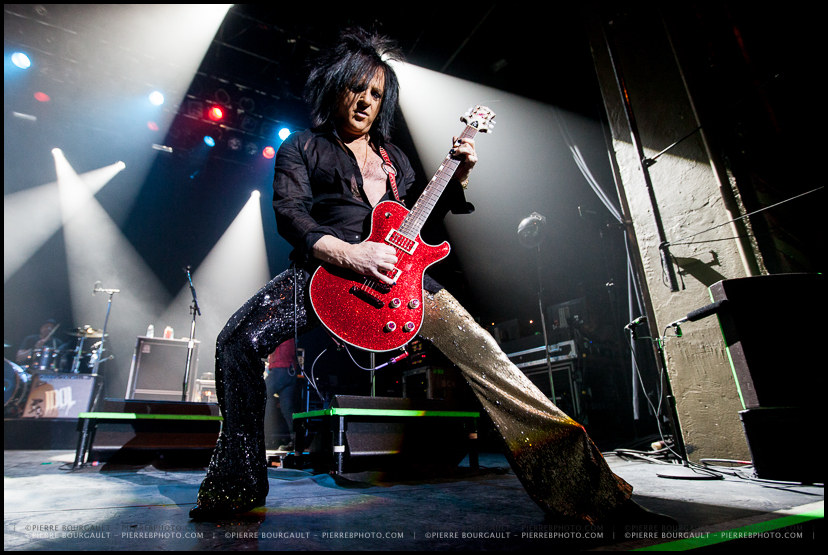 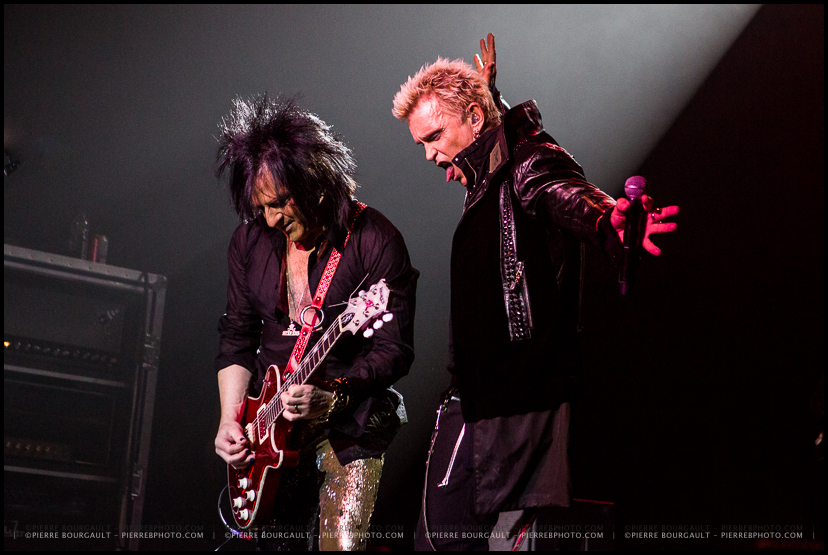 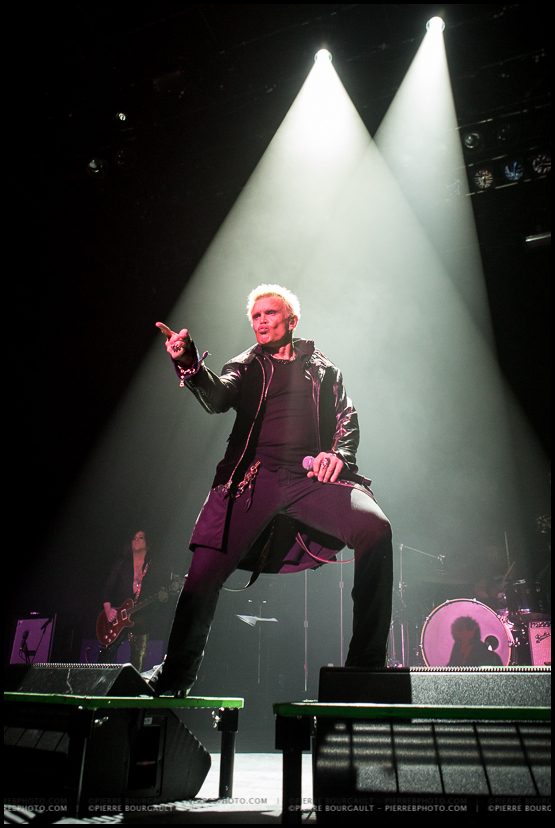 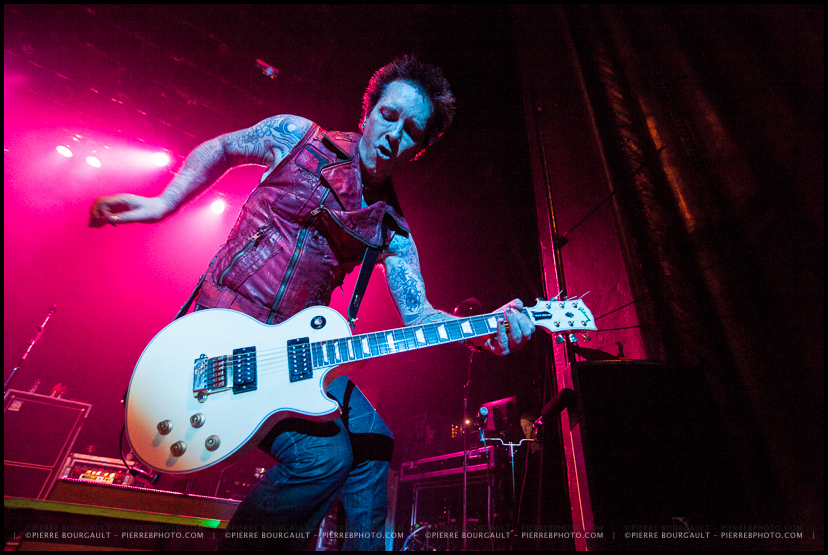 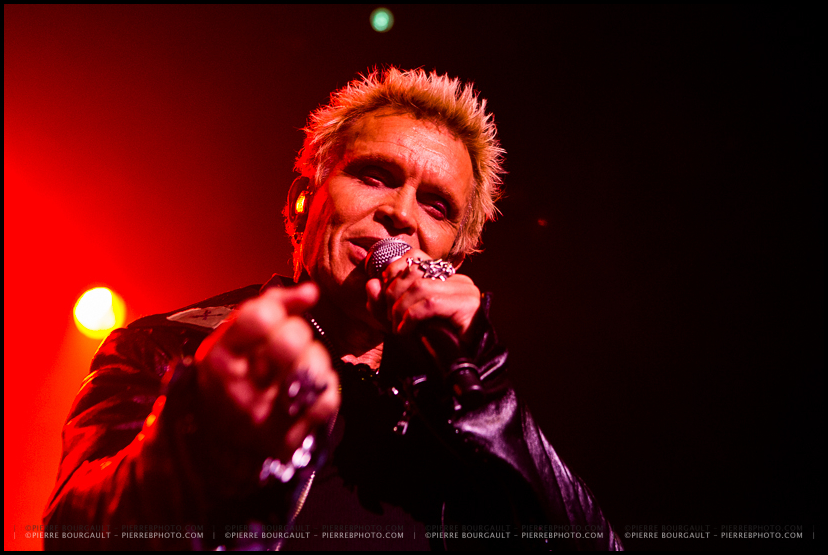 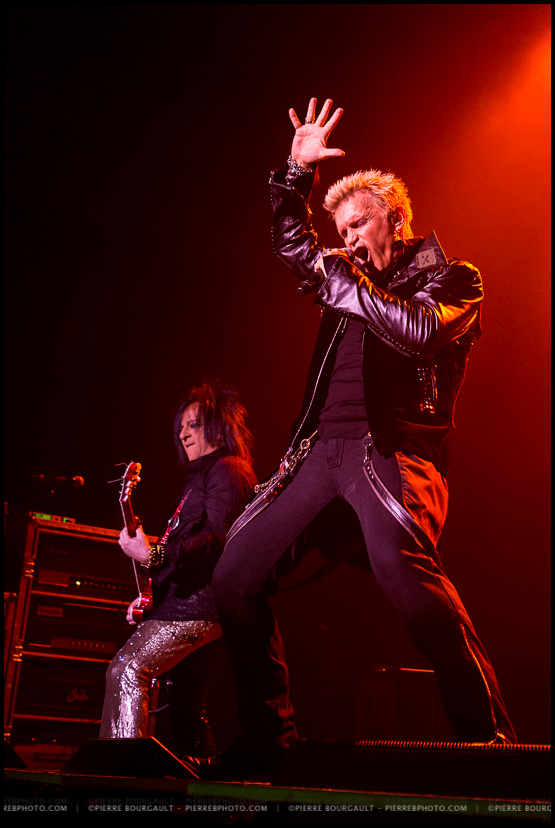 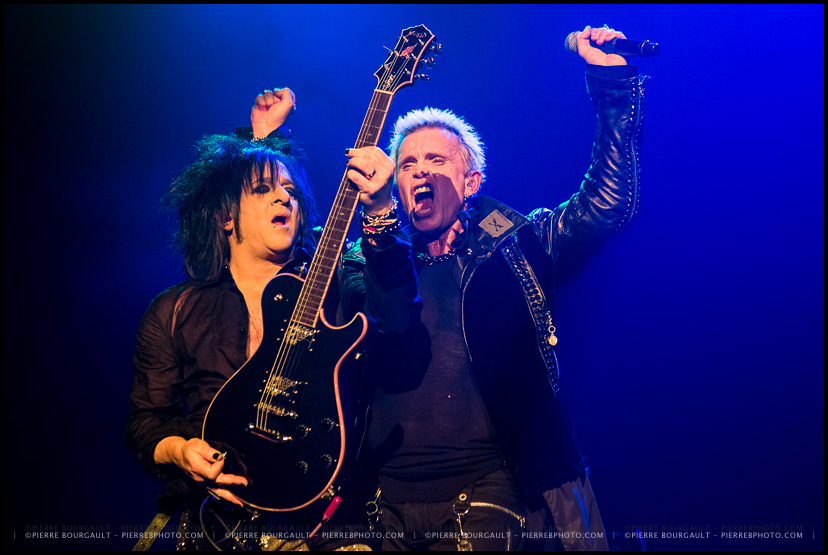 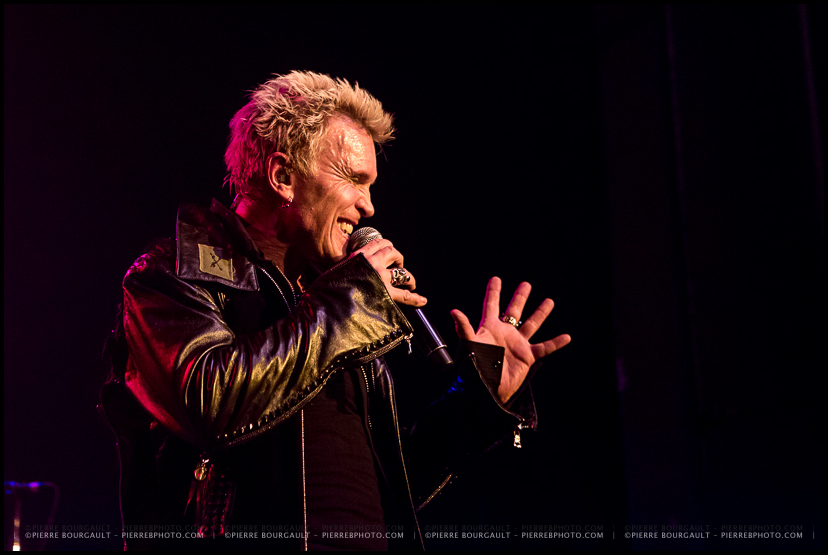 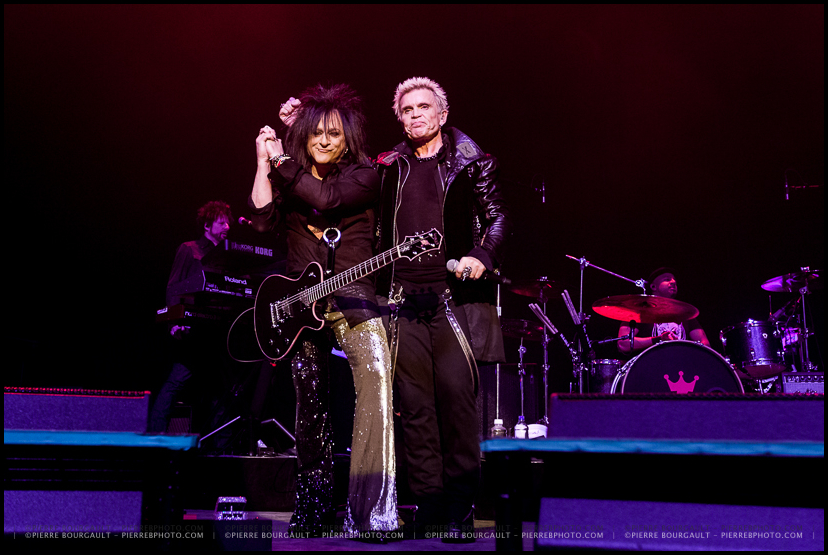