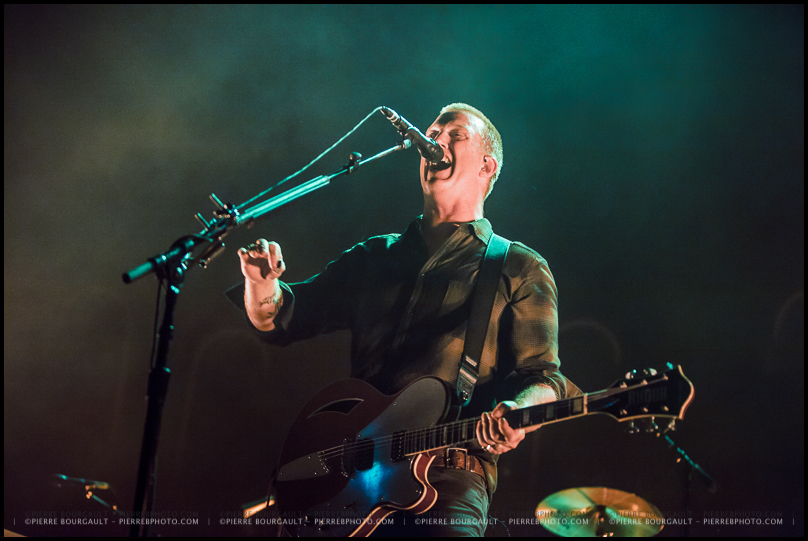 Californian rockers Queens of the Stone Age (aka QOTSA ) were at the Bell Centre in Montreal last night, in front of a few thousand people.  Not sure on the total count of fans, but some said it was between 4000-5000.  19 total songs played, and the fans that were there were in for a good show.

Photography wise, it was not an easy shoot.  Our restrictions were that we could only shoot from the sides of the stage, nothing down the middle.  The band doesn’t like straight on shots.  When we got in the pit, I asked the head of security where the limits where and he mentioned that we could switch sides, but ONLY in between songs, not during songs.  Some artists love to have a connection with the fans and having a hoard of photographers in front of them (even if it’s just for 3 songs) breaks that.

I had watched some videos before hand to have an idea of what the show was like, and the videos were spot on.  The lighting was very harsh, a bunch of red lights, and actually pretty dark.  Settings wise, I had to up to ISO 3200, which is pretty high for an arena I usually get away with ISO 800-1600.  My shutter speeds were between 1/100 and 1/250, a few dips higher and a few lower.  So not ideal.  But like I always say, I love a good challenge.  There is no better way to improve on your craft that shoot hard shows.  The lights kind of reminded me of the Tame Impala show last year at Metropolis.

NOTE: If you are shooting the show, I highly suggest starting off on the right side (I was on the left).  The first song starts with a short drum solo and only the drummer has light on him.  I wasn’t able to get any shots as I was on the left, couldn’t change sides, and had a bunch of gear on stage blocking my view.

This is where doing some prep work helped out.  Knowing what the lights were going to be like, I opted for an ultra wide and a telephoto.  Aiming to get a few wider stage shots that would show the lights, and then the telephoto to get some closer up shots.  A 70-200 is great in an arena as it allows you to get some close up portraits and some almost full body shots as the stage (and the pit) are pretty long. Also knowing that the photographers would be stuck in two packs at either side of the stage, opting for a lens that is not used as much (as say the 24-70), it allowed me to get some slightly different shots that others might get.

With hindsight, I should of switched the lenses as I ended up using the 70-200 more than the 16-35 and I prefer to have my most used lens on the better body.  Ah well.  Just shows that the gear doesn’t make the shots 😉 And sadly, I was not able to get any shoe shots during the show. 🙁 The full set of images and a full review will be up at Sorstu.ca 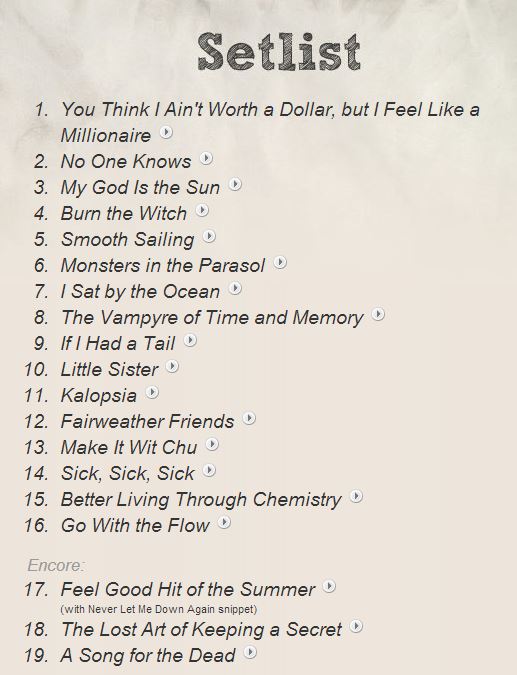 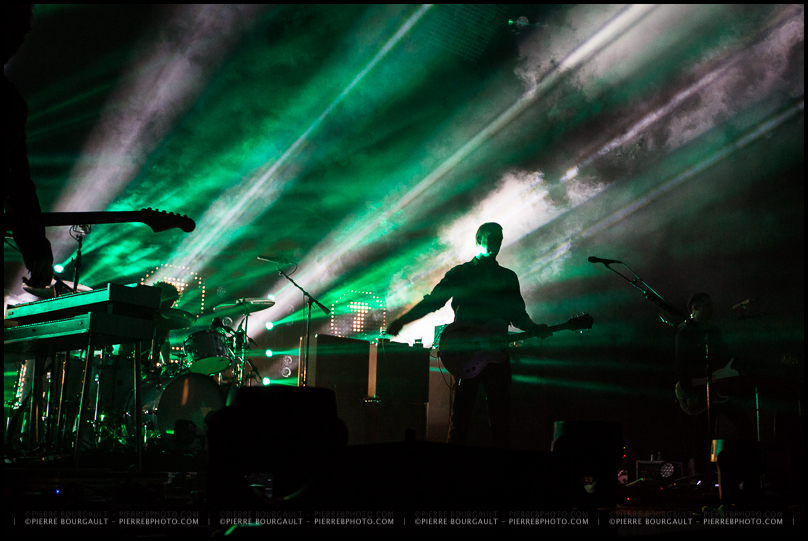 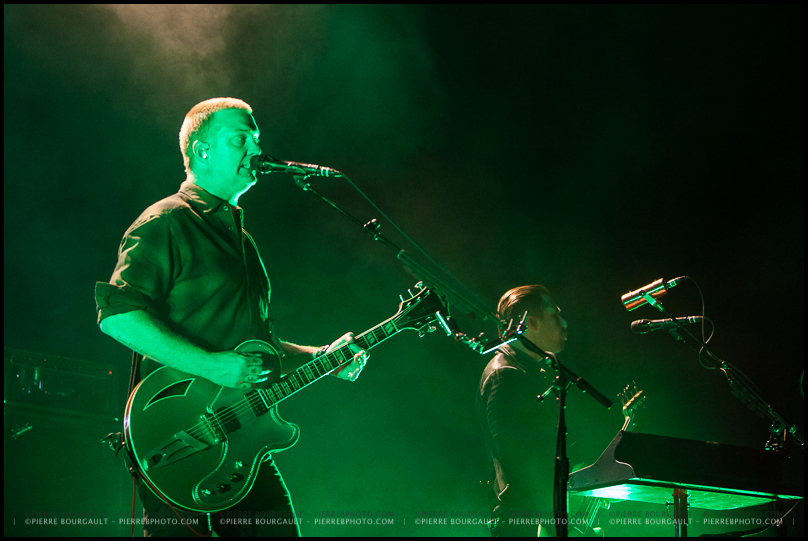 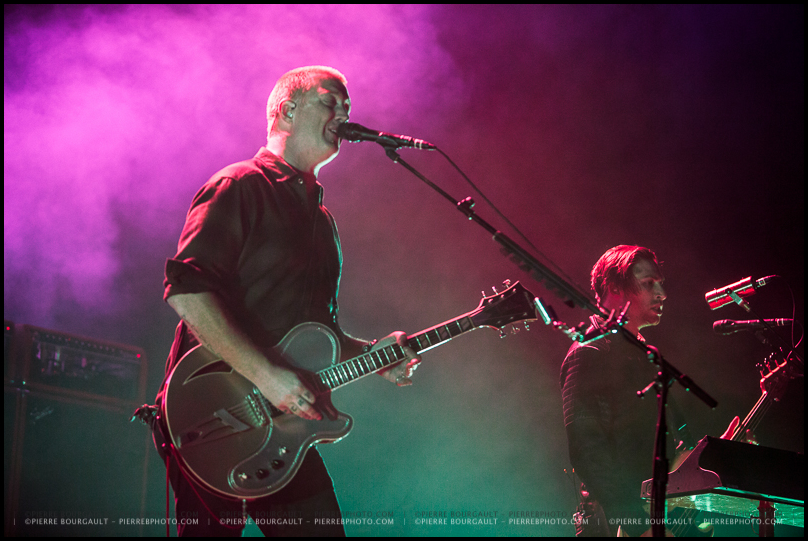 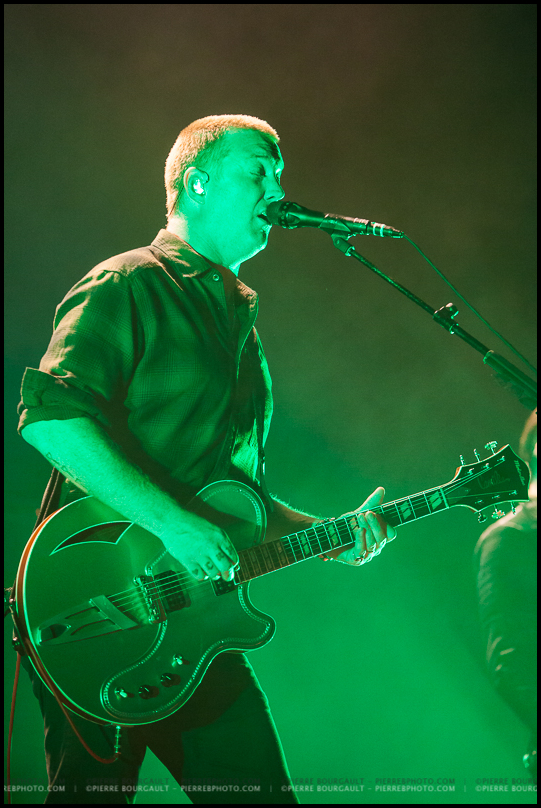 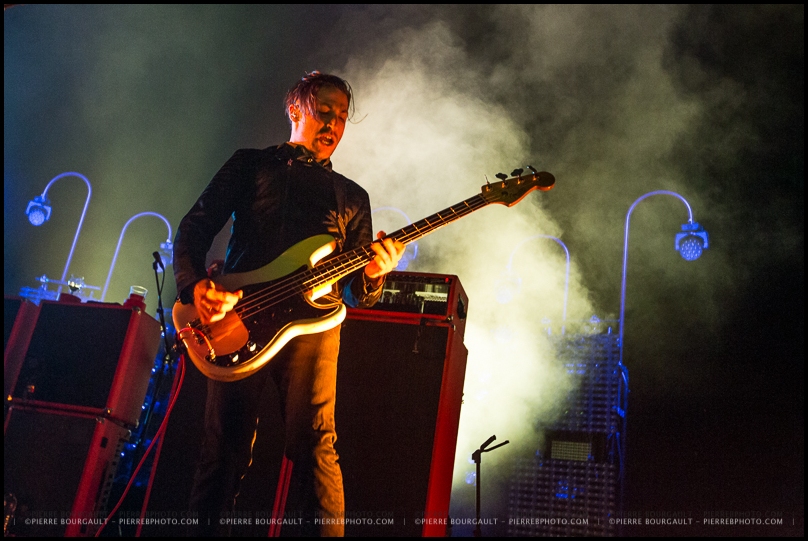 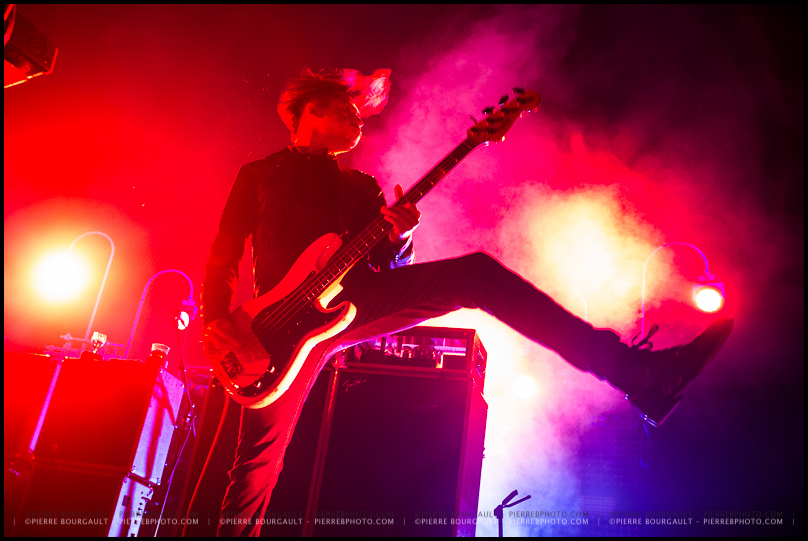 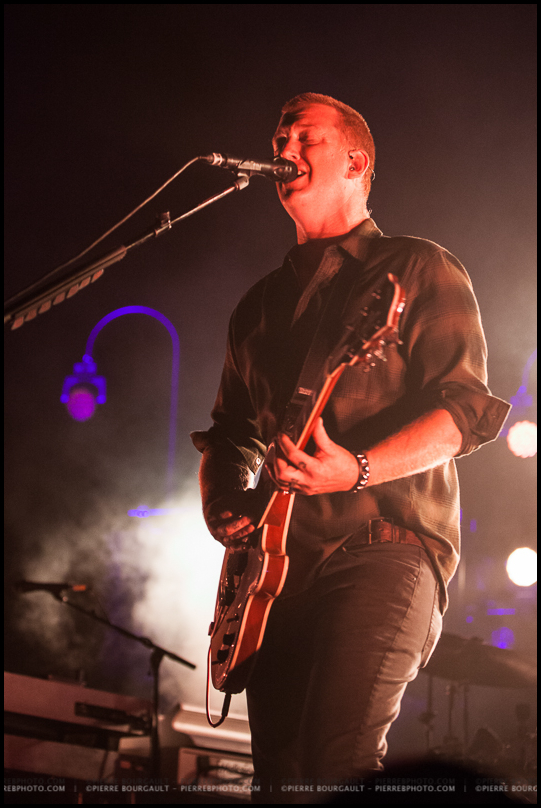 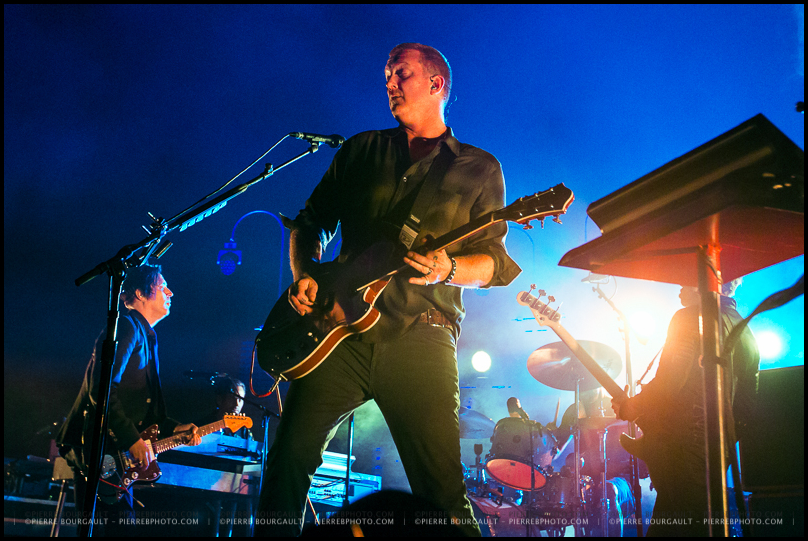 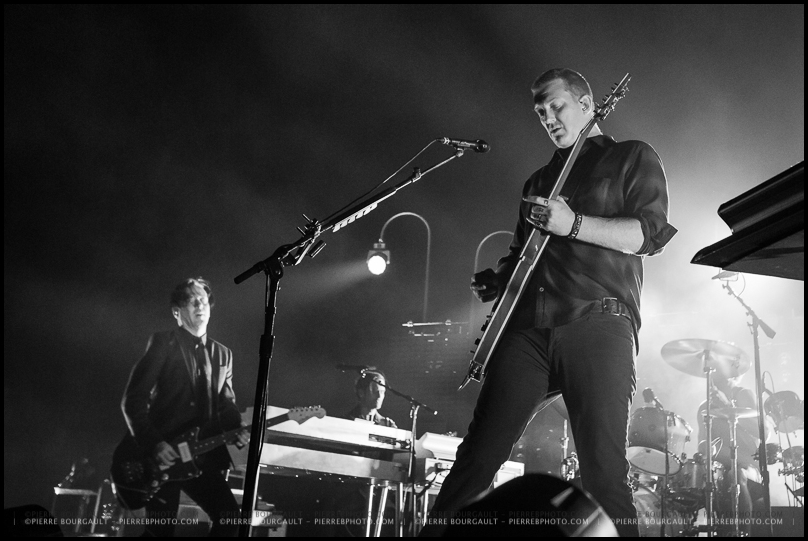 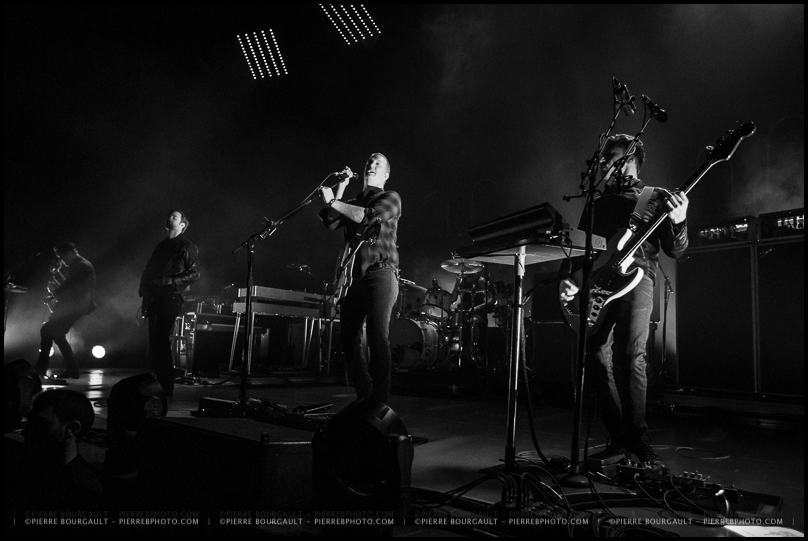 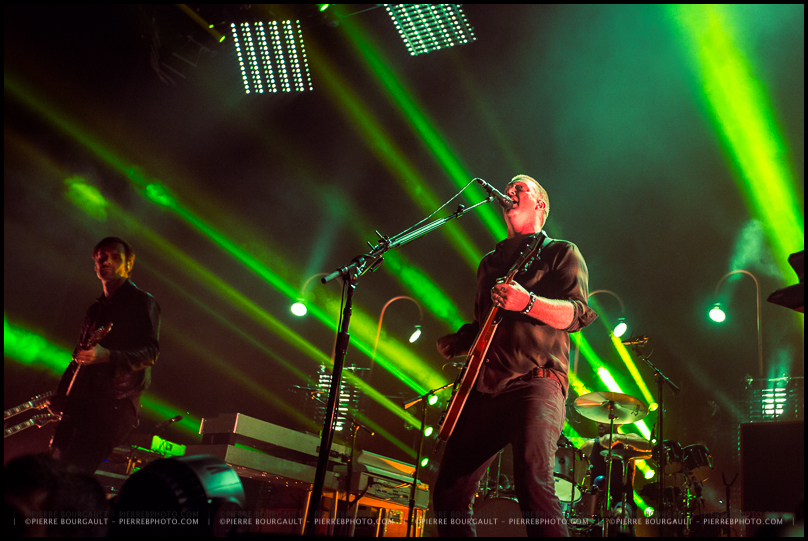 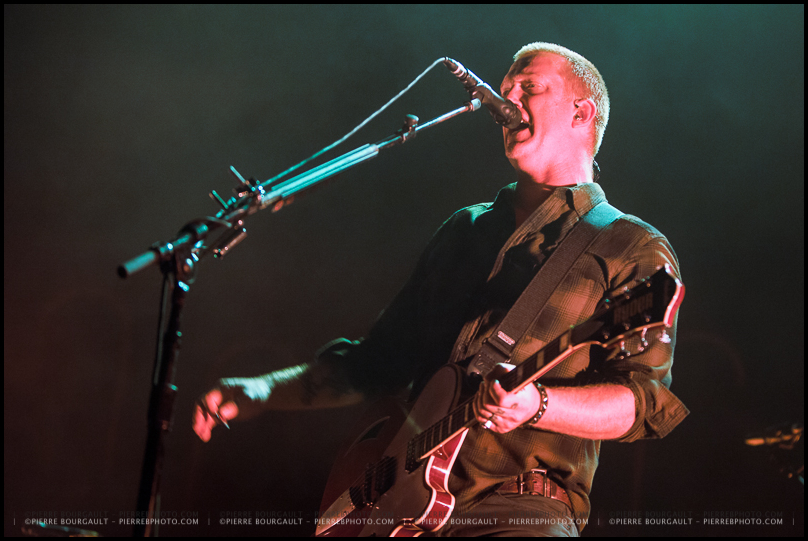 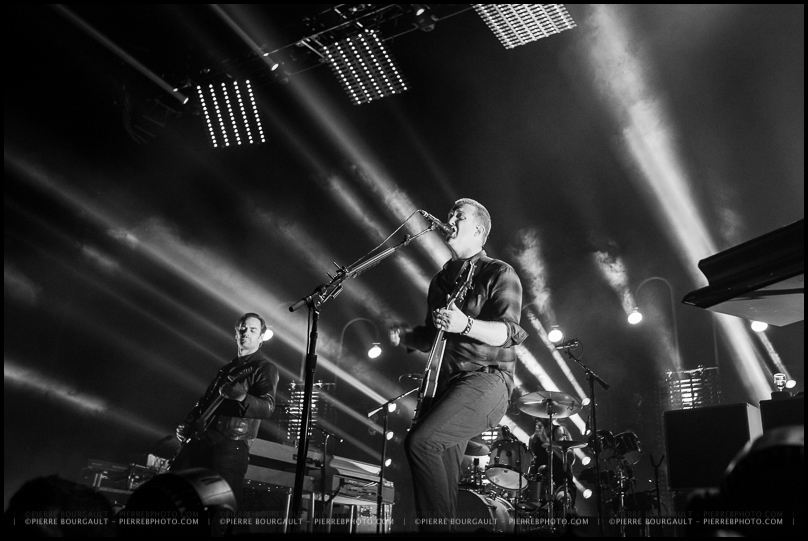 Thanks for reading!  If you like the shots, feel free to share the link … sharing is caring 😉