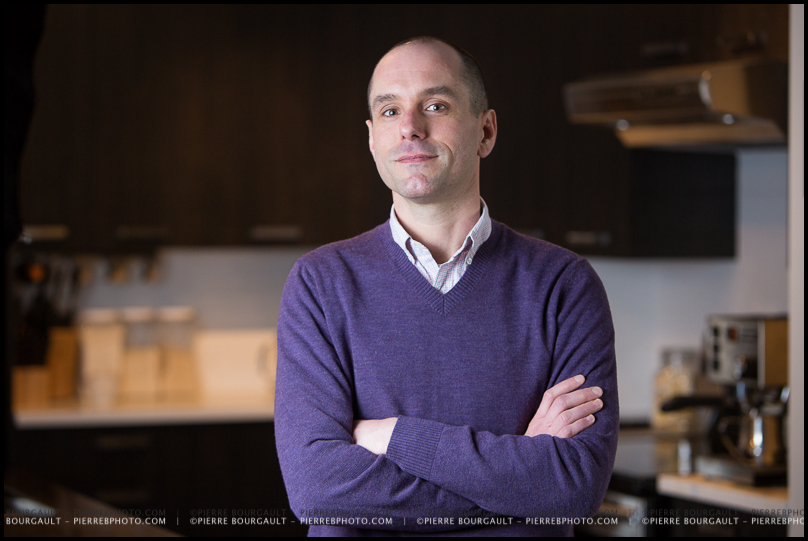 A few months ago, Daniel contacted me to get some headshots.  He has a cookbook coming out and needed a shot (or three) for “about the author” page of the book.  I chatted with him a bit about availability, themes and ideas of where to shoot.  We had some good brainstorming ideas, but settled on shooting in his kitchen.  There is no better place to showcase a chef then in his natural habitat 😉

So I make my way to his funky apartment downtown Montreal with my gear.  He greets me at the door and we start chatting and turns out his cookbook is a bit … quirky.   The idea behind his “Will it Waffle?” is cooking things in a waffle iron… that aren’t just waffles!  I love off beat ideas like this.  It makes total sense that bacon would cook up perfectly crispy on both sides, quicker than in a pan.  From classics like Mac and Cheese to waffled meat balls.  Man, I’m getting hungry now.

So where was I?  Ah yeah, the shoot.  After chatting with him and learning a bit about the book, I decided to go for a different style of cookbook headshot.  I first had an idea of a bright shot, with punched colours.  But as the book is a bit different why not make a slightly more dramatic image.  And Daniel was totally in for that.

I found the angle I wanted to shoot from, and we took some time to re-arrange his kitchen to ensure there is the least clutter and distracting elements as possible.  From moving a microwave to filling in some gaps with random objects.  This is a HUGE step I see many photographers not do.  Take time to prep.  Having a bottle of dish soap in the background of your shot can be pretty fugly. 🙂  We ended up removing the microwave and the little green baskets, as the colour stuck out a bit too much and might be a distraction. 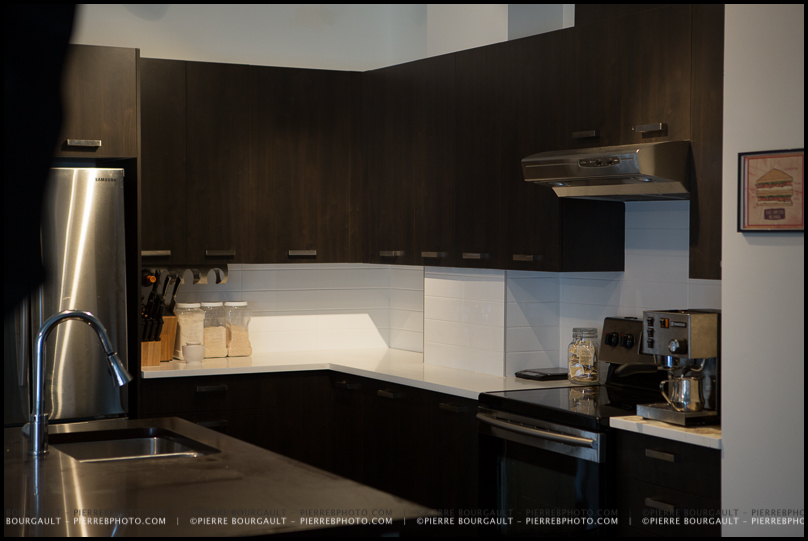 So it was a basic light setup.  A main light to camera left and a reflector to camera right to soften up the shadows on the dark side of his face. 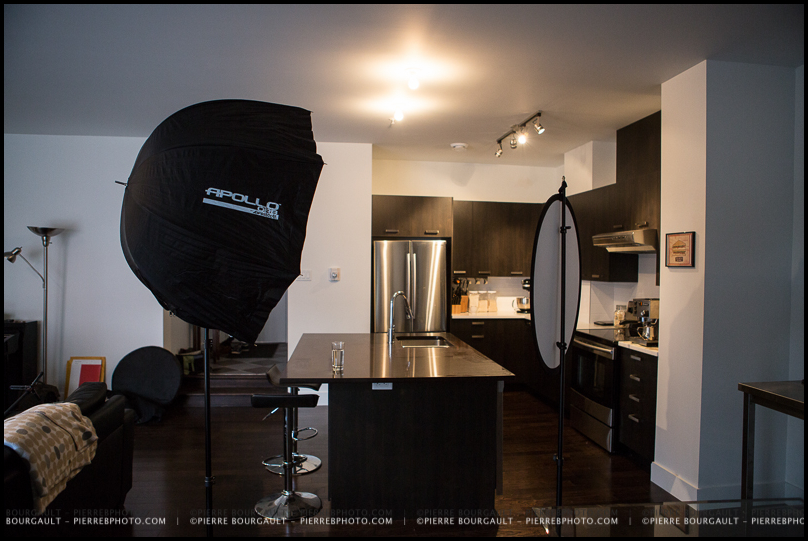 Or as Daniel saw things … 🙂 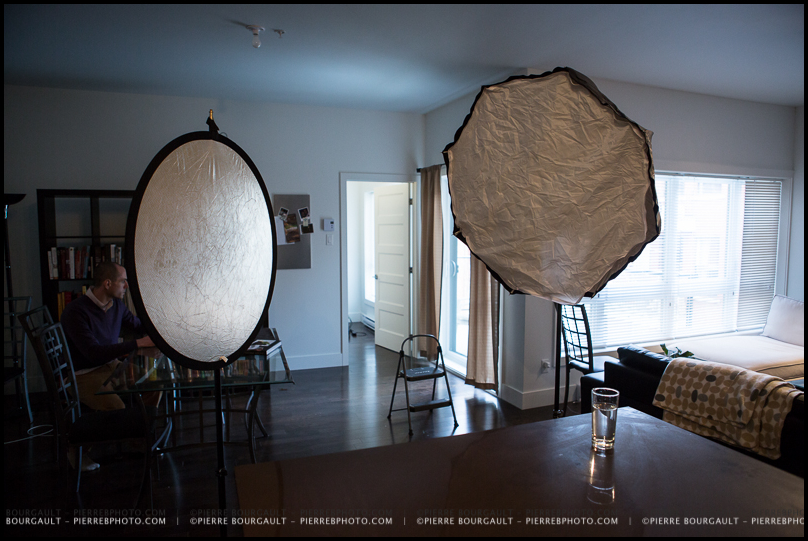 And then we essentially shot.  Took about 30-40 minutes, changing up his stance to add some variety.  After shooting indoors, we headed up on his condo building’s roof to see if we could snap a few there.  We kept it very simple up top as it was fairly windy.  Always aim to give variety and options in your shots. 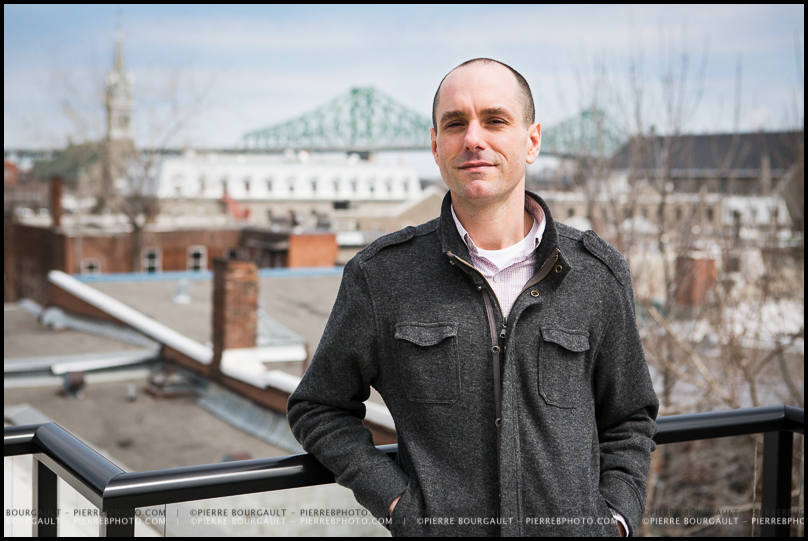 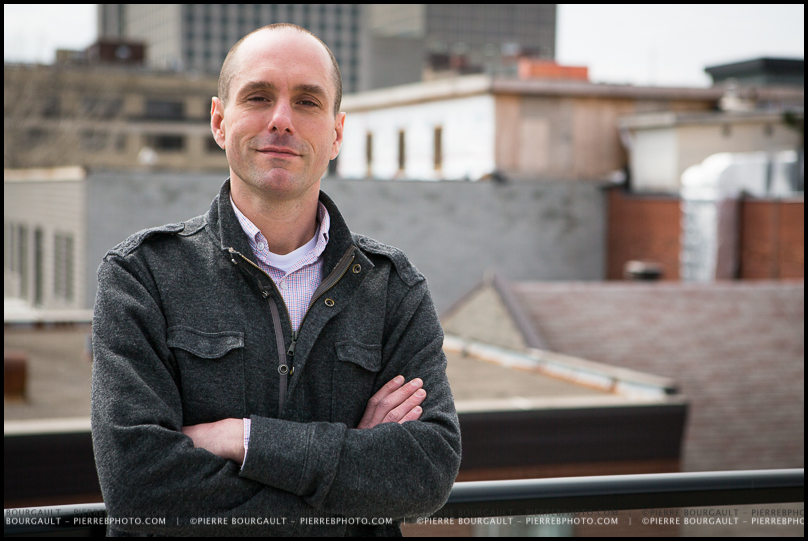 This was his first time actually posing for headshots.  I like to have discussions with my clients as we shoot, making sure they are at ease and looking as comfortable and natural as possible.  He did a great job 😉

All in all, the final gallery set I sent Daniel to chose his 3 images from was just a weeee bit over 50 images. 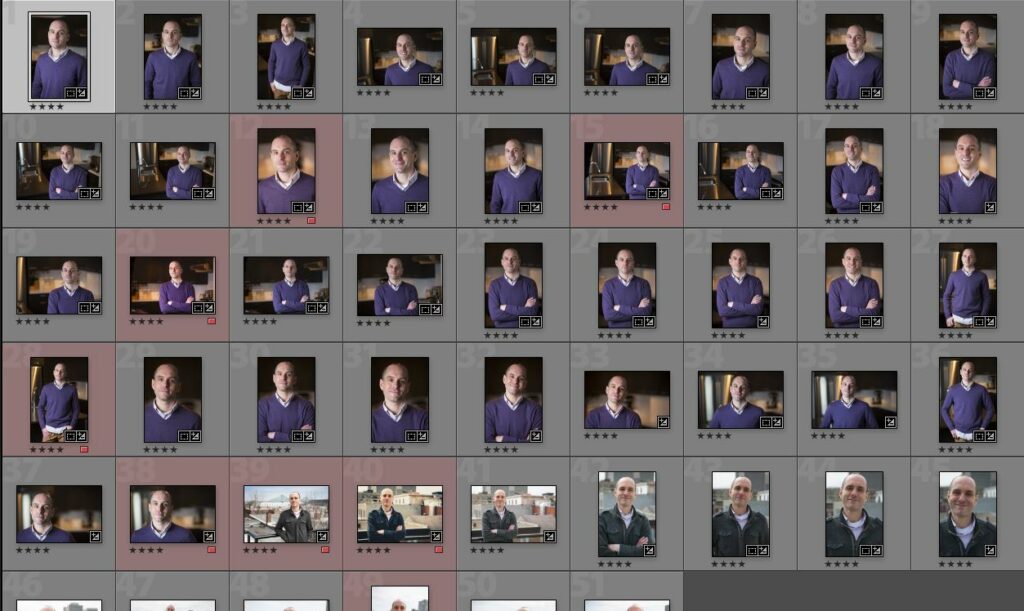 Both he and his editor are happy with the results 😉

I also like to offer up some different processing.  As it’s a matter of taste, it’s totally up to the client to go with it or not. 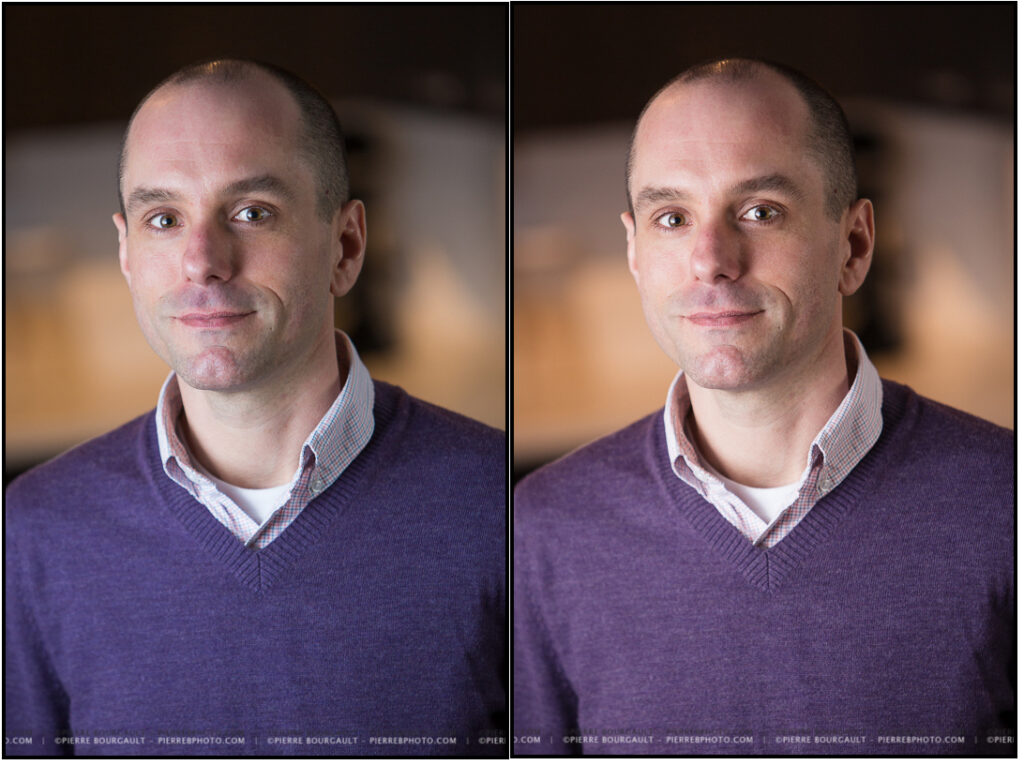 His book “Will it Waffle?” should be out late summer, you can check it out on Amazon.

The settings for the images varied somewhat.  Indoors, I wanted to keep an open aperture to get the background blurry, so it ranged from f/2.0 to f/3.2.  The shutter ranged from 1/125 – 1/200 and the ISO around 200.  The flash power was around 1/8th.  Outdoors was a bit different, lower ISO, faster shutter, as the sun was out and bright.

Lenses: I varied between the Canon 24-70 f/2.8 and the Canon 85 f/1.8.  I love the Canon 85 on a full frame body, I find it’s just the right focal lenght for some nice tighter headshots.  The bokeh in the background (the blurry) is nice and smooth.  Highly recommended if you want a cheap(ish) portrait lens.

Lights: The main light is the Westcott Apollo Orb with a standard reflector for the fill.  IThe flashes are the Lumopro LP 160, which are simple, effecient, powerful… and way cheaper than the high end Canon flashes.

If you have questions, or if you want to book your own headshot / portrait session, send me a message!