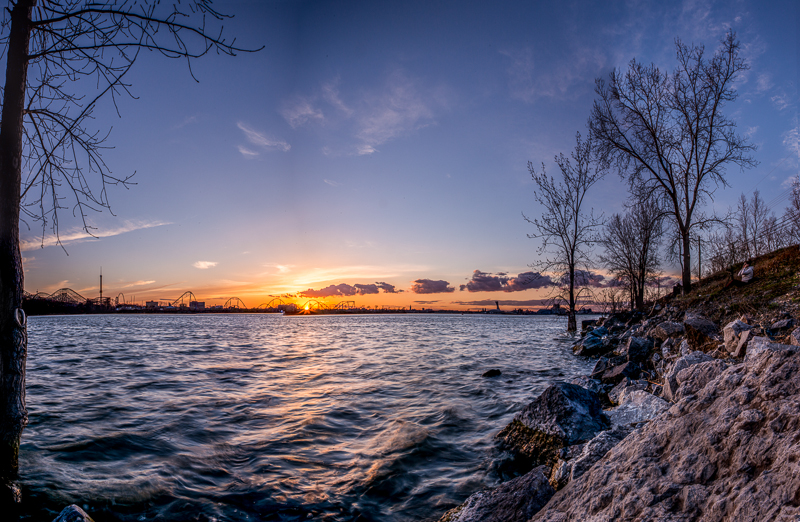 There are times when even the widest lens won’t capture a scene as you want it.  So why not try a panorama?  It’s easier than you think.

I haven’t done a panorama in a long time.  Actually, I can’t remember the last time I did.  My Fuji x100s has a built in panorama feature, but I wanted to create my own.  I was out shooting some sunset photos with an amusement park in the background and decided to give it a shot.  I did it a bit quickly and there are some elements in the image that aren’t perfect.  But when things aren’t perfect, that just leaves room for improvement, right?

So what is a panorama?  It’s when you take multiple images of a scene and stitch them together via a software.  How many images is up to you.  Some people do it with vertical photos, some with horizontals.  I was already shooting horizontals so I didn’t bother changing my camera angle.

A camera.  Panos can work with pretty much any camera

A tripod.  The key to a good pano is keeping your camera centered and not moving.  You could always hand hold it, but you need to make sure the camera is as stationary as possible.  Plus the tripod allows for easier panning.

Software.  I used Lightroom 4 for the quick editing and image selection, and then I used Photoshop to stitch the shots.

TIP: make sure there are obvious elements in each of your photos that overlap.  The more elements the software can detect to merge the shots into one, the better.  I believe I left about 1/4 on the edge of the frame as overlap from shot to shot

Here are the 16 images I took.  The images are all done at 24mm and f/22 (it was still somewhat light out and I wanted to blur the movement in the water as much as I could) 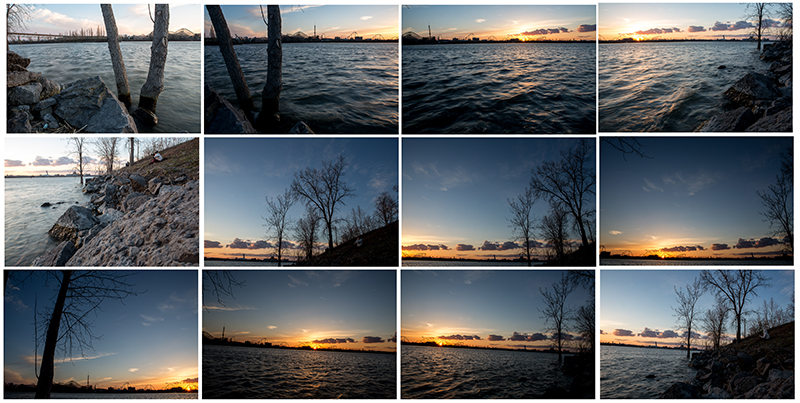 I did some basic editing of the images in Lightroom and then I simply selected the 16 images and clicked on EDIT IN and then Merge to Panorama in Photoshop. 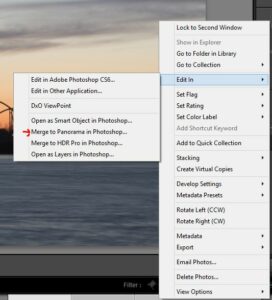 Photoshop automatically opened, I selected whatever Automatic option it gave me and let it process the merge.  It took a bit of time as these are RAW files, so they are pretty big.  The end result was an image that is 15,500 pixels wide!  Pretty big! 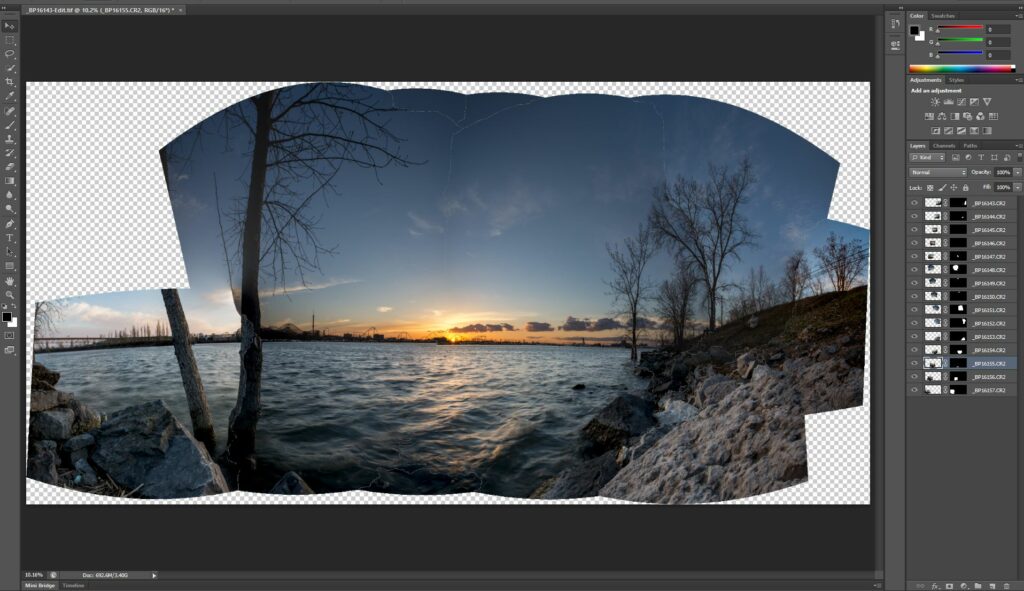 I then cropped down the image to remove the blank parts (and part of the left hand side as it was a bit brighter than the rest), straightened the image, and then I clicked on FILE – SAVE and I now had a new totally merged file appear in my Lightroom!  I did some processing as I would on any other image in Lightroom and my panorama is d-o-n-e !

So when should you do a panorama?  Whenever you want!  There is no rule here.  When you see a scene and you want to capture more than what you camera can do, go ahead and take multiple shots to be used later.  I prefer to take more shots when at a place then less, as I don’t know when I’ll be back there.

– Having a tripod that is leveled will help the software properly merge the images.  Mine wasn’t and you can see a few lines that aren’t perfectly aligned.  I could fix them up, but hey, I’m lazy.

– Do some basic adjustments in Lightroom before sending to Photoshop.  Nothing major, and make sure the adjustments are the same in all images.  Do the final editing when the merge is done.

– Lock your focus.  More important when you are shooting wide (f/2.8 – f/5.6) as the depth of field might change as you take each image.  If you focus for your first shot, switch your lens to Manual Focus so it doesn’t refocus again for each image.

There ya have it, how to do panos!