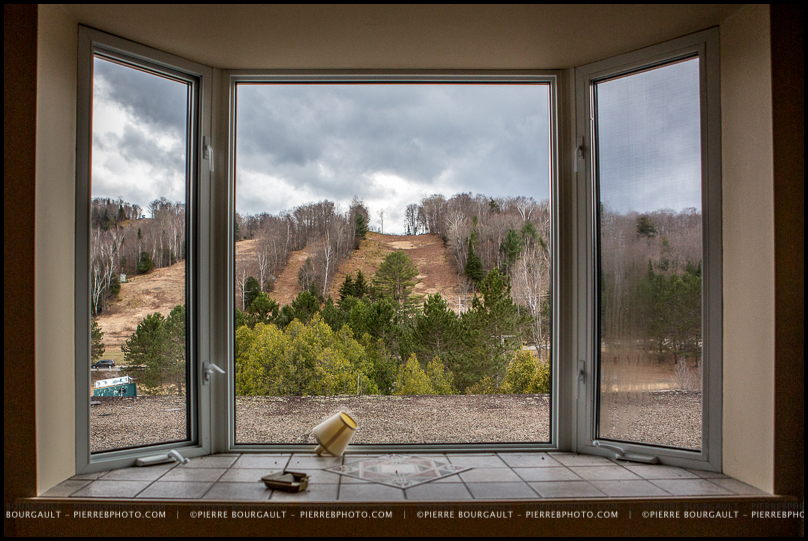 What happens when one huge resort gets millions of dollars of investments and grows both financially and in international popularity?  The other ski resorts in the area suffer.  And some, like this 100 year old resort, end up closing it’s doors.

It has been abandoned since 2009.  Remnants of them trying to recoup as much of the million dollar debt as they can still seen in some of the rooms with the auction tags still attached.  There is a lot of history in this place.  The founder was originally from the US.  His granddaughter being one of the first north american medalists to step on the podium in alpine skiing in 1956, paving the way for more government funding for the sport.  The resort, with it’s 22 ski runs, tennis courts, spa, french dining, nestled in the peace and tranquility of nature is now simply waiting for something… demolition? Rebuild?  Who knows. (info source wikipedia)

So what happened?  The gain in popularity of another nearby resort had tourists and investors spend their money there.  A small area like this can not sustain multiple resorts.  A few other smaller ski hills are still in operation in the area, but no other resort remains.

On a rainy Saturday, we visited the resort to see what the last 5 years had brought on.  Little to no graffiti, a basement flooded and full of mold, a few dead animals in the hotel rooms, unable to exit after the door closed behind them.  Random items scattered around the once busy conference rooms.  Plates, carts, season passes, broken computers, busboy uniforms, passkeys, even a few bits of furniture.  Anything valuable already having been sold off or looted. 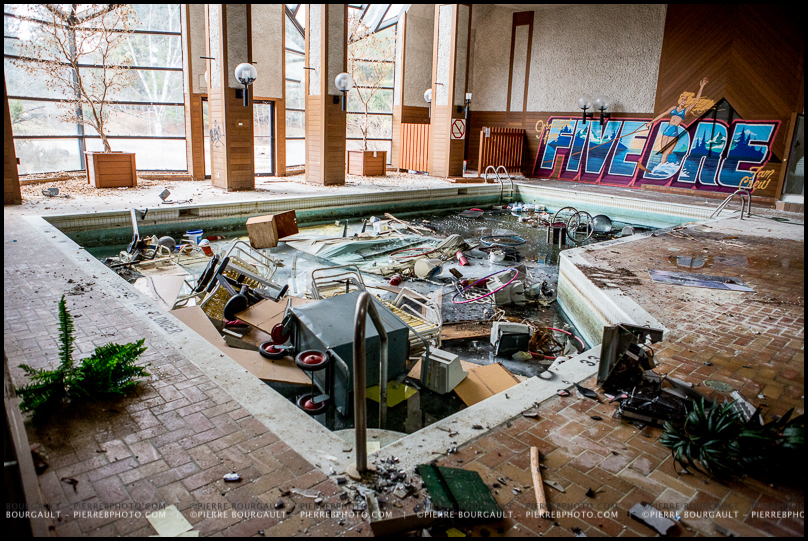 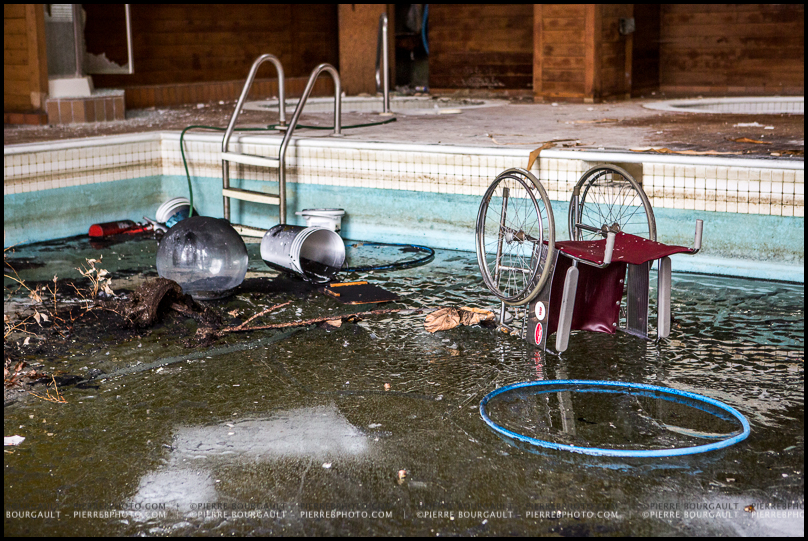 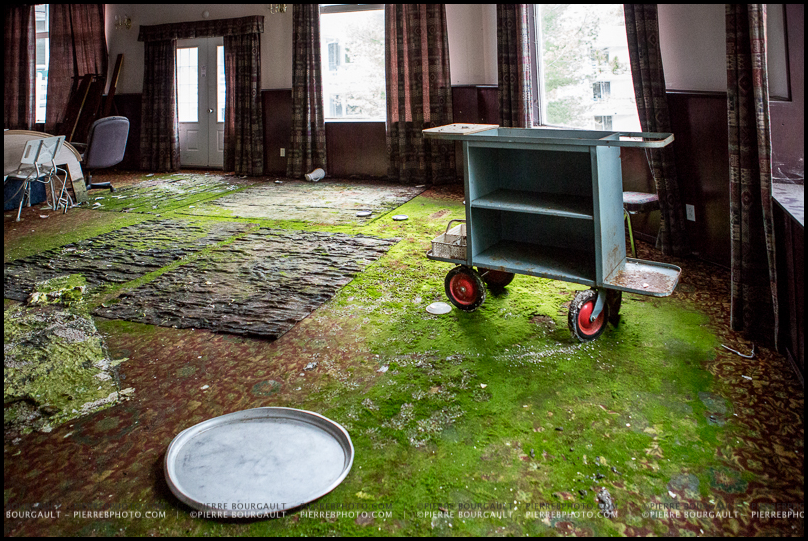 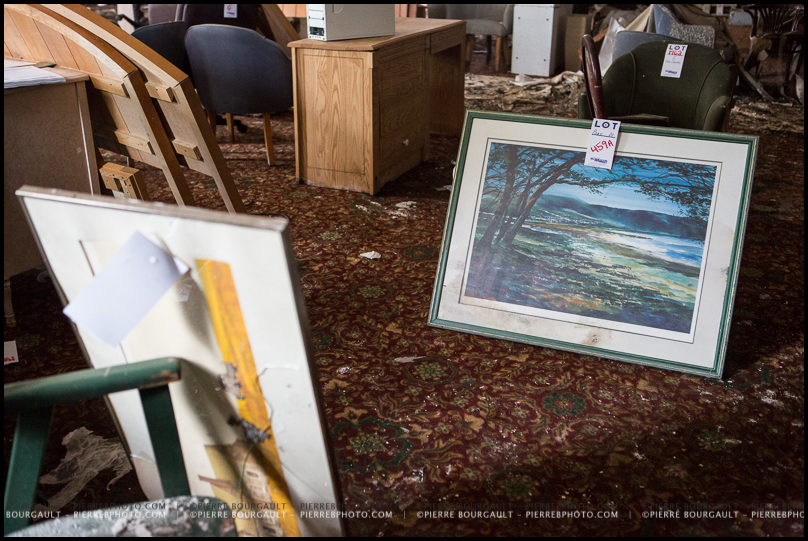 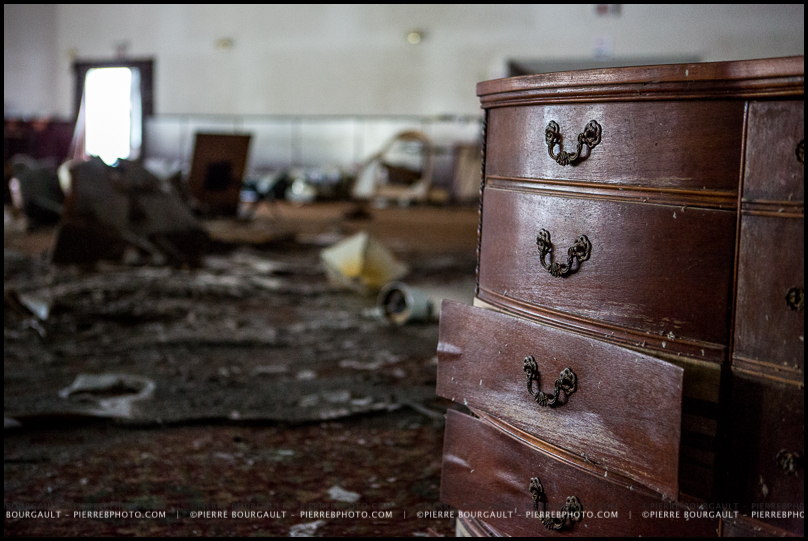 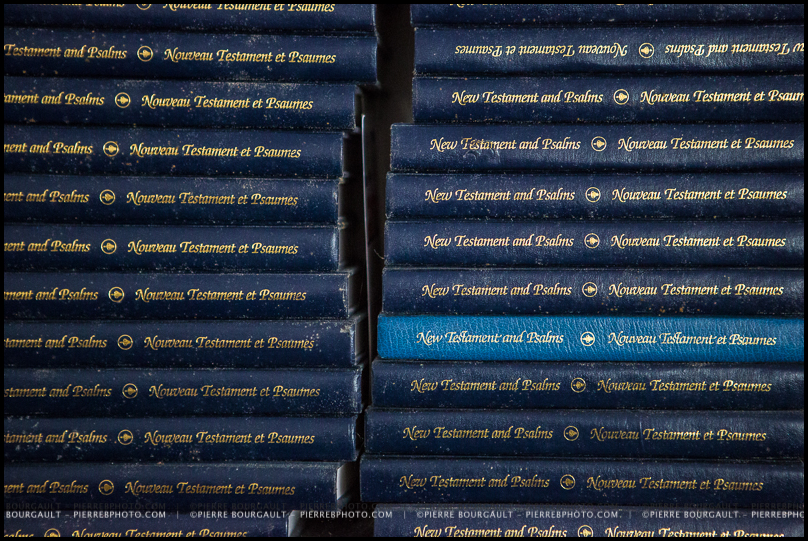 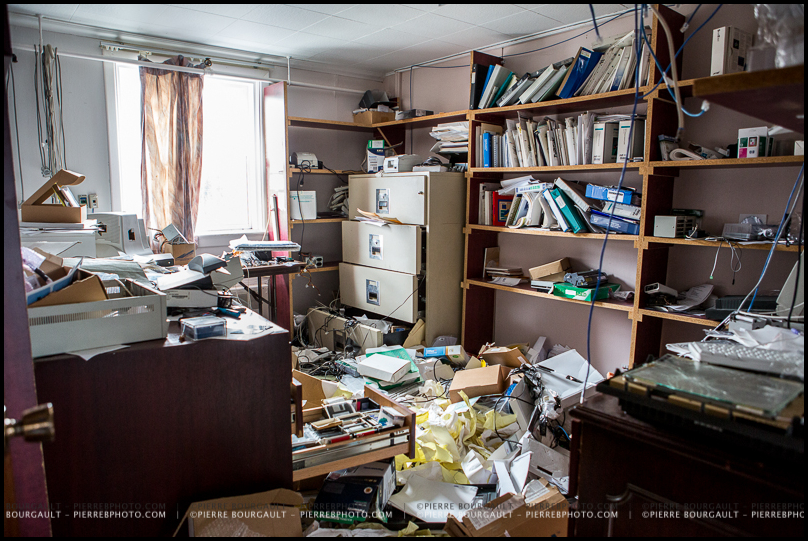 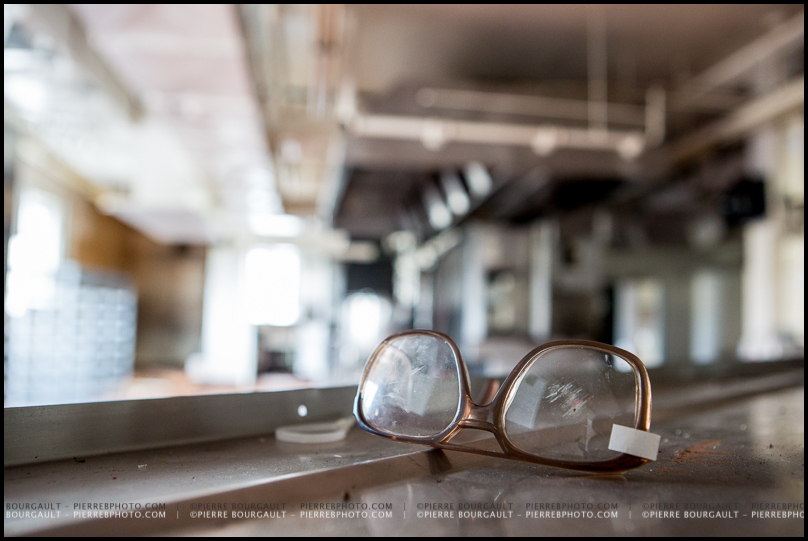 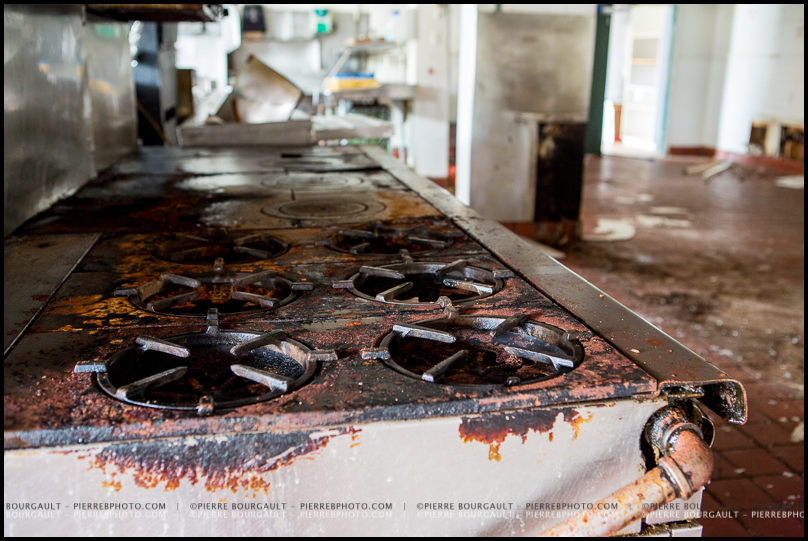 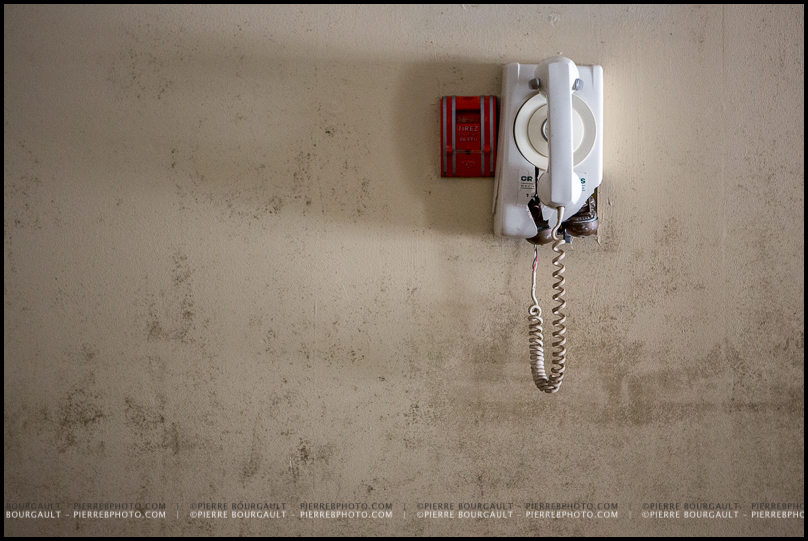 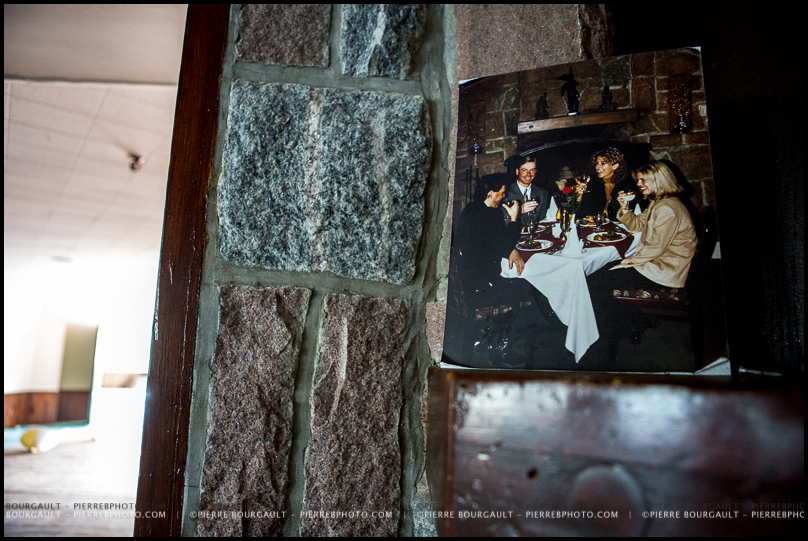 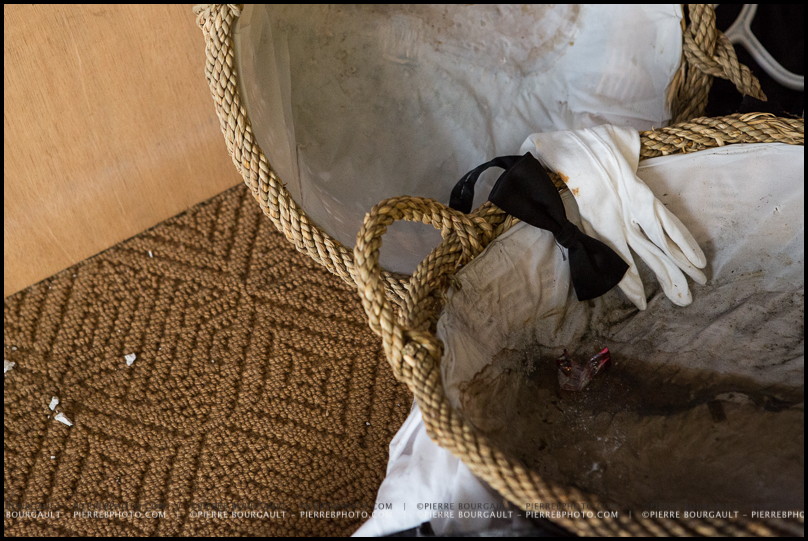 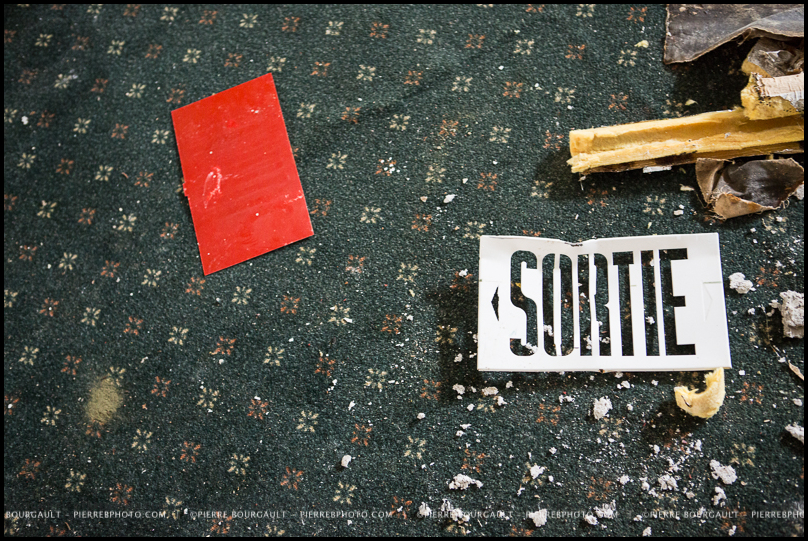 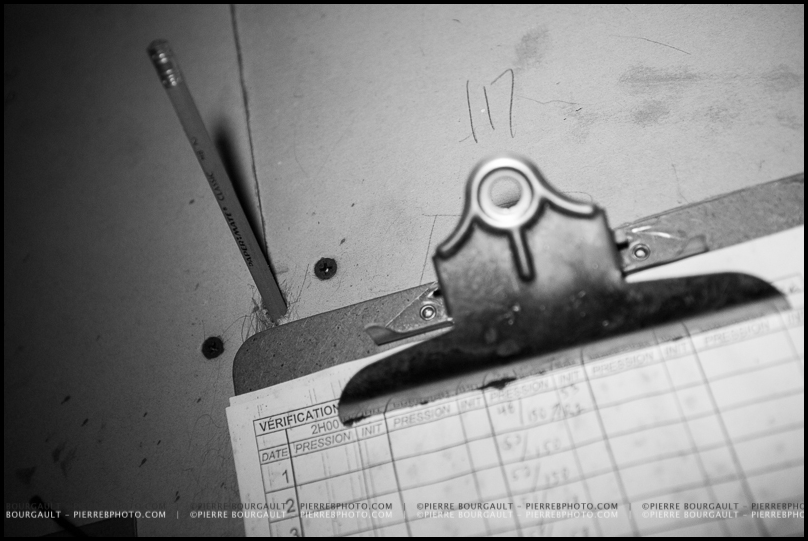 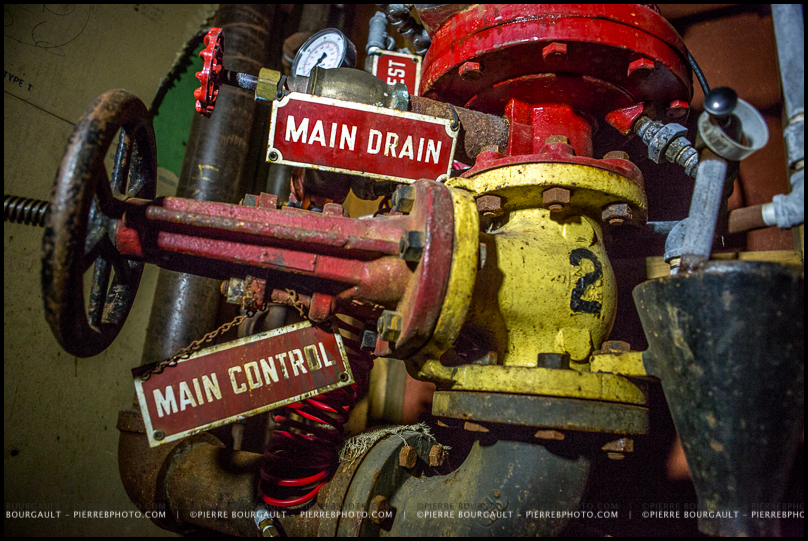 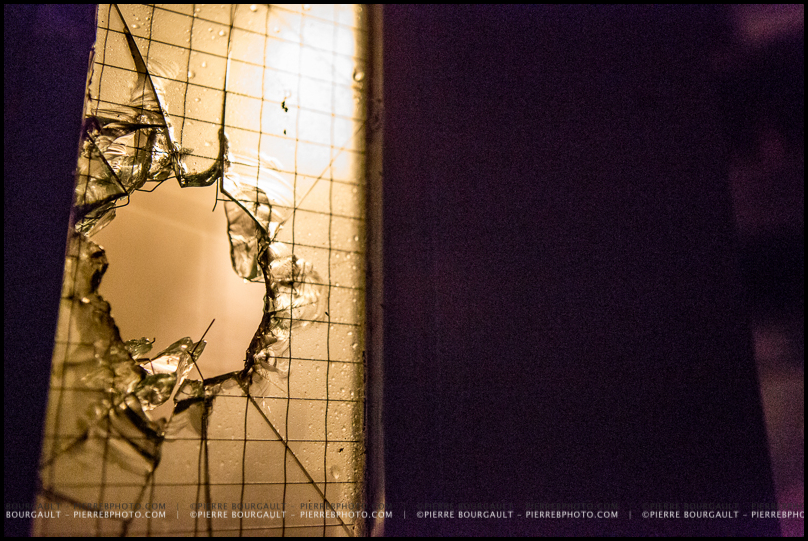 The basement held the most visually interesting room, with a floor raised to look like waves of wood.  Probably from the flooding that happened as this is at ground level.  There was a lot of mold and we didn’t spent too much time in the basement, just enough to get some moody shots. 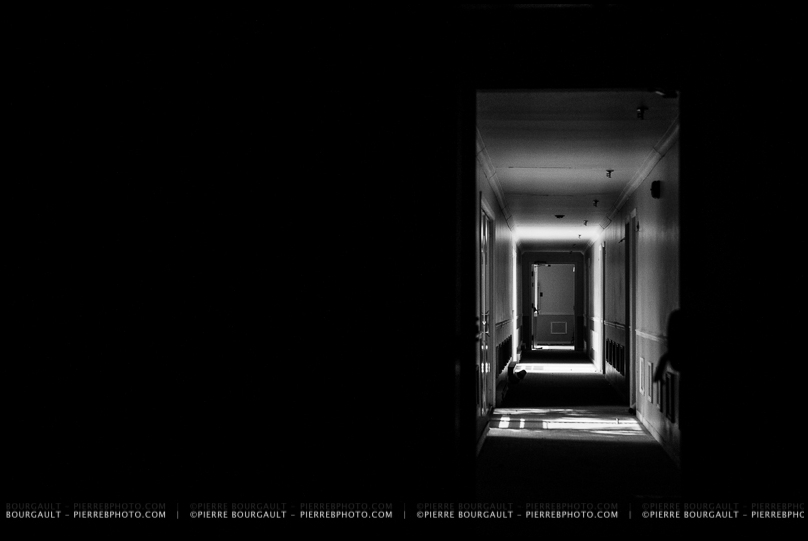 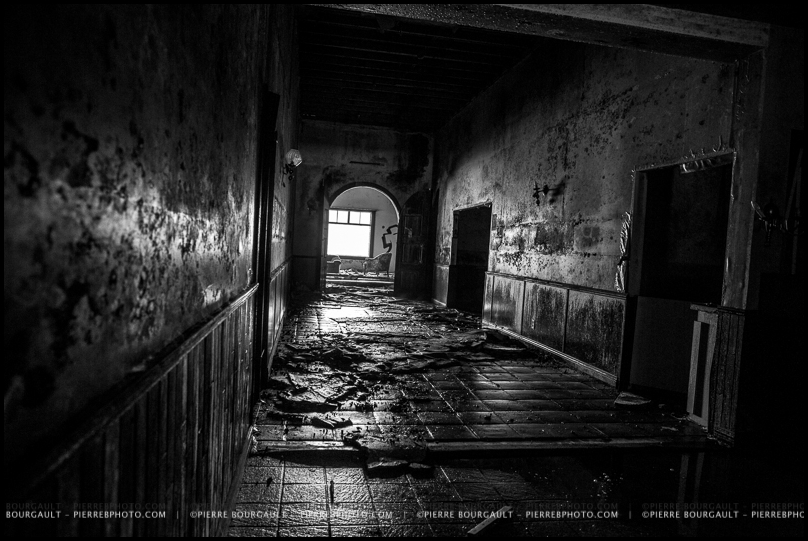 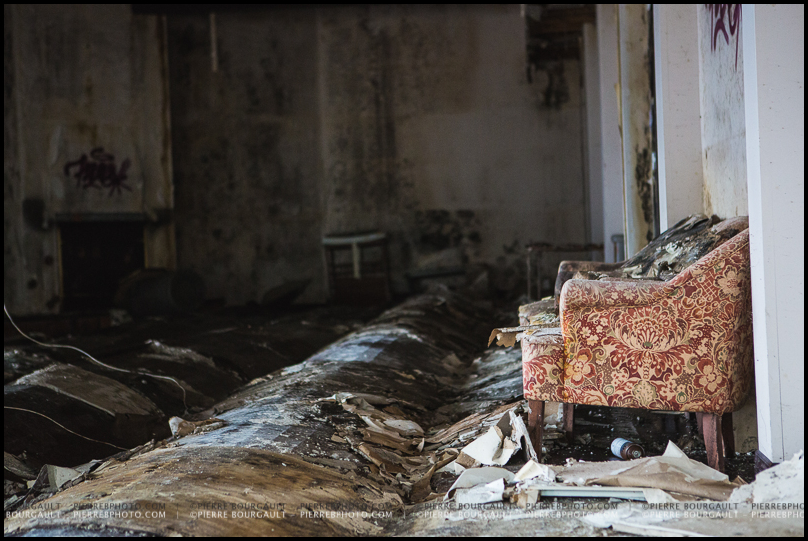 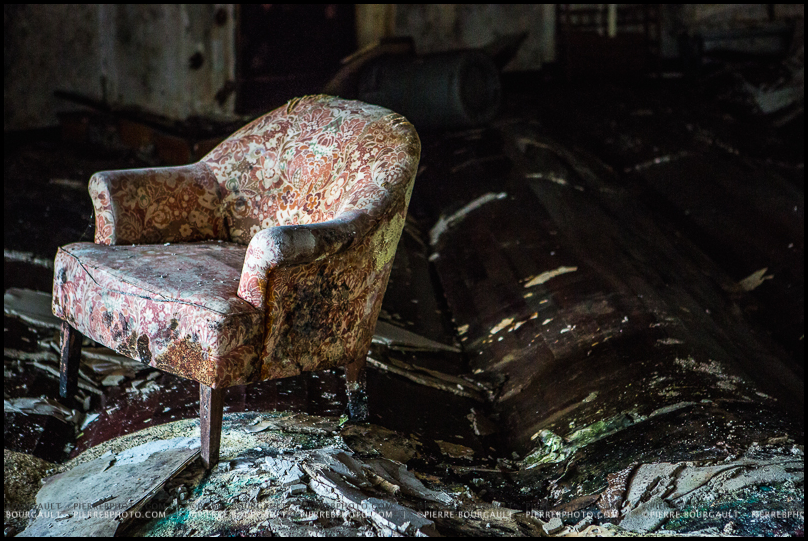 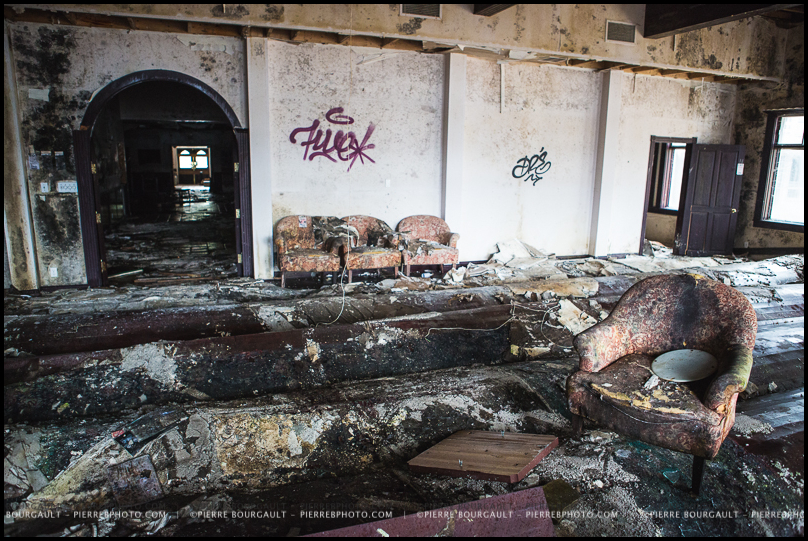 I found it a little ironic that while taking a break outside, I moved down to take a photo of the towel drop off, and spot a goose just making it’s way around the lake.  Made me think of how the place would of been when it was open and full of people. 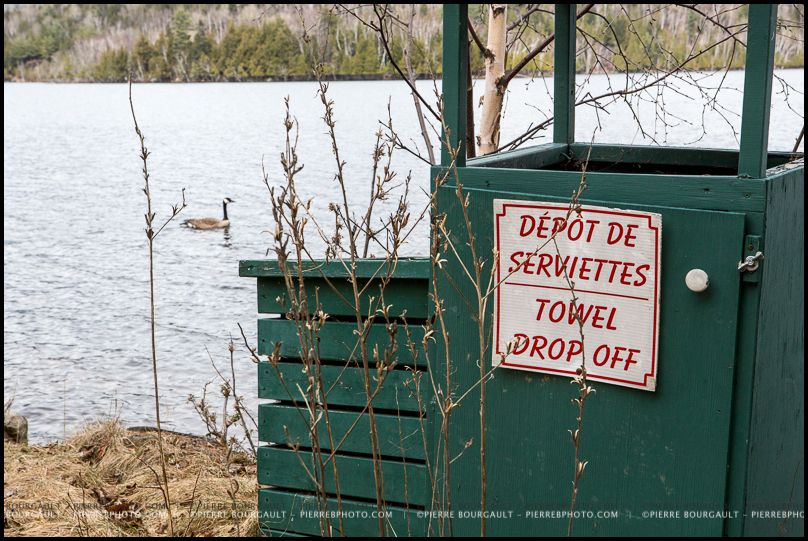