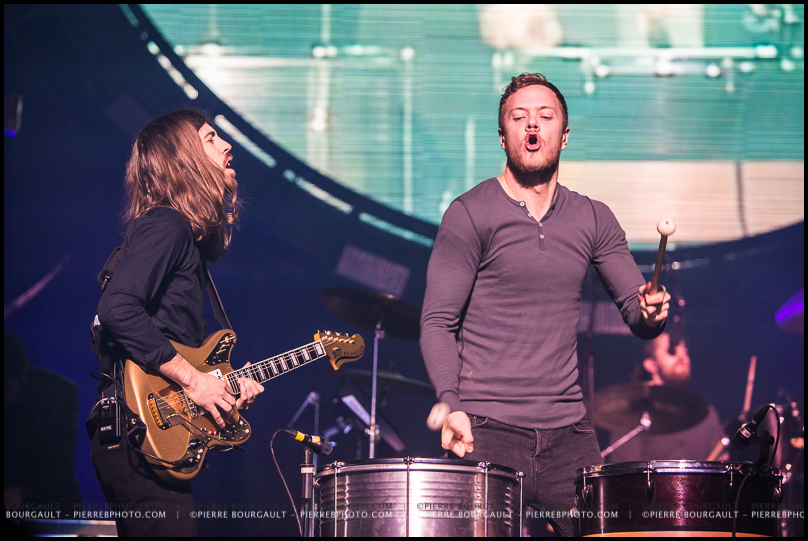 After a stellar set at Osheaga last year, Imagine Dragons were at the Centre Bell tonight…. and wow, there were a lot of people.  I heard around 17,500 showed up.  Haven’t shot in front of that big of a crowd (indoors) in a loooong time.  High energy set, with singer Dan Reynolds using the whole stage, side wings, catwalk… the guy doesn’t stop (except to drum, which he goes all Animal on).  A really great show and perfect for an arena!

I had some issues shooting as I only had 1 camera, so was switching lens between a 16-35, 24-70 and 70-200.  And with Dan being all over the place, made it hard to keep up.  But with such great lighting (albeit a bit contrasty), it’s easy to nail down some good shots.

I was really digging the light tonight and went a little more artsy.  Shooting into the light always gives some good results.  8 of the 12 photogs there stayed at the front of the catwalk and spent most of the 3 song shooting limit there, but there was so much more to see and shoot around.  It feels good to break out of the norm and have some fun.

You’ll see the full set of images (20 or so) and a review up on Sorstu.ca very soon (probably in a few hours). 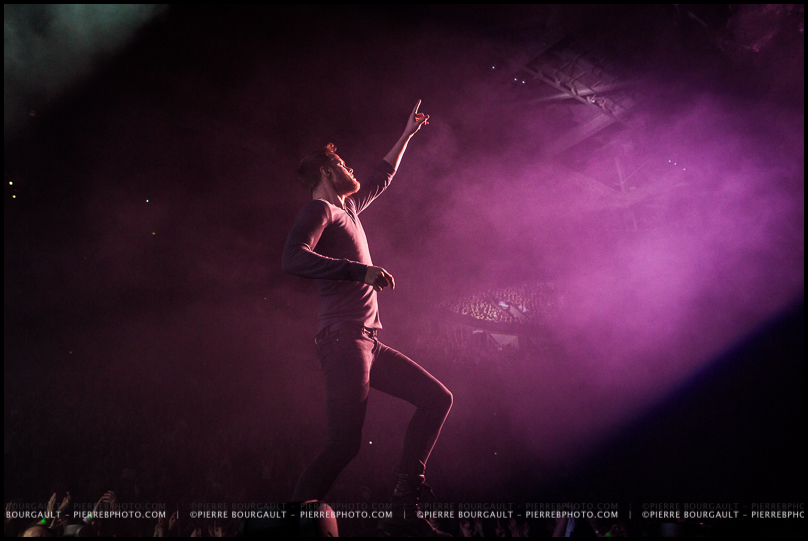