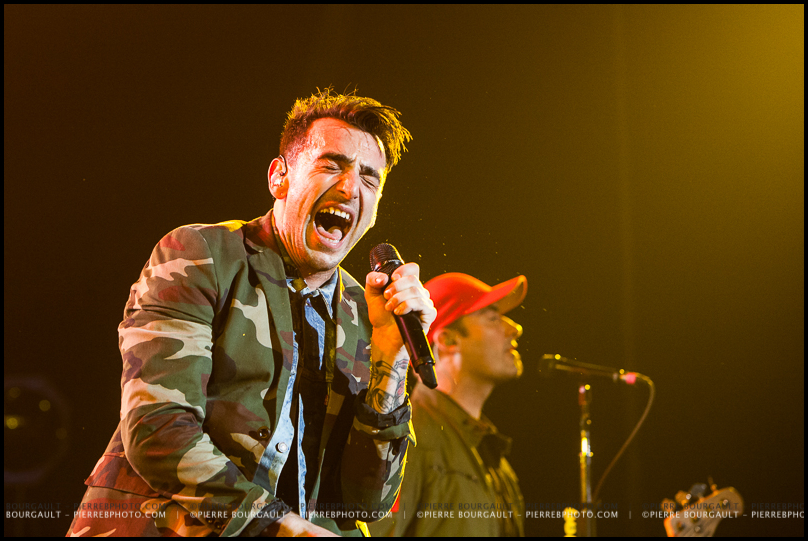 Hedley brought their 2014 Wild Live tour to the Bell Centre on Friday night.  It was my first time shooting the band, and they put on a pretty generous show.  There is always something going on on stage to shoot.  While most of us were busy shooting singer Jacob Hoggard, guitarist Dave Rosin apparently did some awesome posing for a couple of photographers off to the side.  Can’t wait to see what they came out with!

Lots of light and lots movement on stage.   The configuration was similar to Image Dragons a few weeks ago with a catwalk going into the crowd and Jacob spent a lot of time doing twists and turns there.

We were heavily restricted in where we can shoot.  We were 13 in total (pretty high number) and were confined to one of the two corners were the stage meets the catwalk.  No going along the catwalk, no going in front of the catwalk, no switching sides.  So we were pretty limited in what we could get, but thankfully the band is great on stage and still gives ample opportunity to get great shots.

To make things even more interesting, the photographers on my side had to leave the pit for the first 15 seconds of the show as the crew had to remove the giant black curtain that was covering the stage.  The area was too small to have us wait there.  Whilte 15 seconds doesn’t seem too long, it can be when you only have a few songs to shoot.

You’ll see in one of the images below, Jacob standing on some speakers closer to the crowd.  Most photographers on this side were in front of him, so I decided to go behind the speakers and grab some behind shots.  Gave some fun and unique shots.  Then Jacob decided to speaker hop and then jump on to the stage… but only noticed at the last minute that I was there and had to jump right over my head, grazing my hair.   The black and white shot is as he turned coming towards me…. He was so close I couldn’t focus my lens on him.. .too bad, would of made a fun shot with a fisheye lens.

Make sure you check out my Facebook… I almost got an epic jump shot as he went to the speakers, but his hand is cut off… you can’t get them all 😉 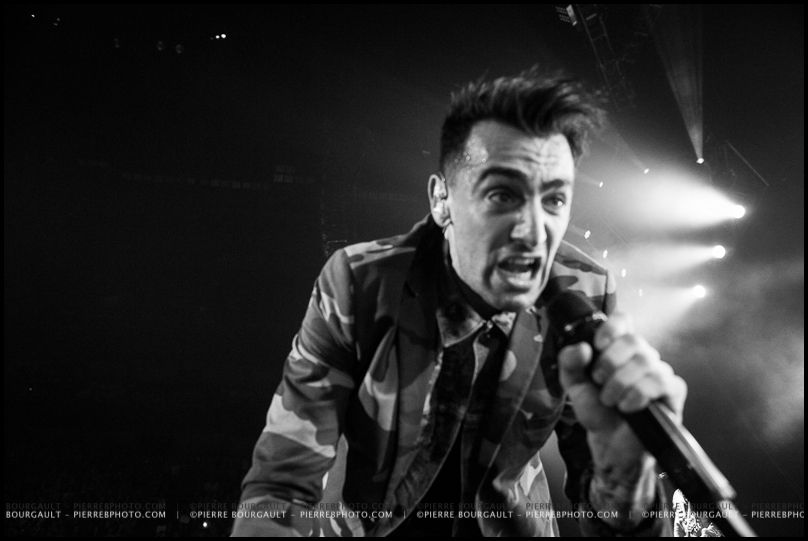 My usual setup.  The 16-35mm stayed home and if I had it with me, it wouldn’t of been used that much.  We were so tight with the other photogs that I had troubles keeping them out of my shots with a 24-70… so no real need going wider. 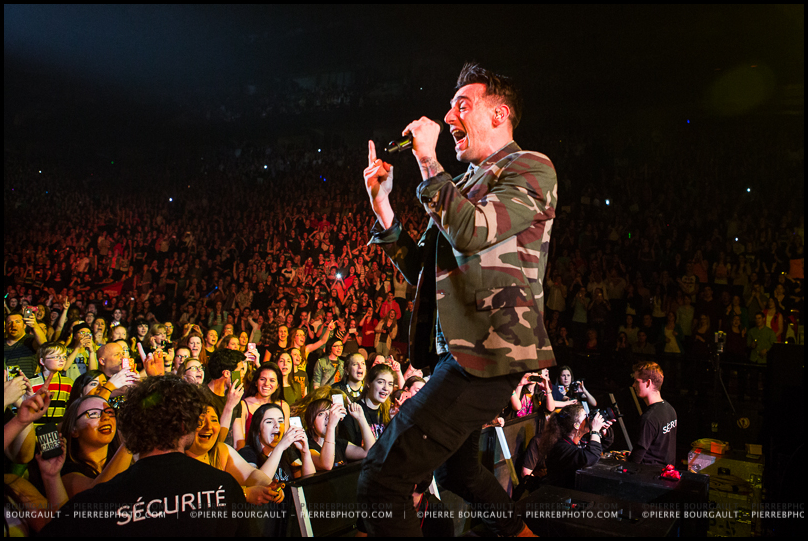 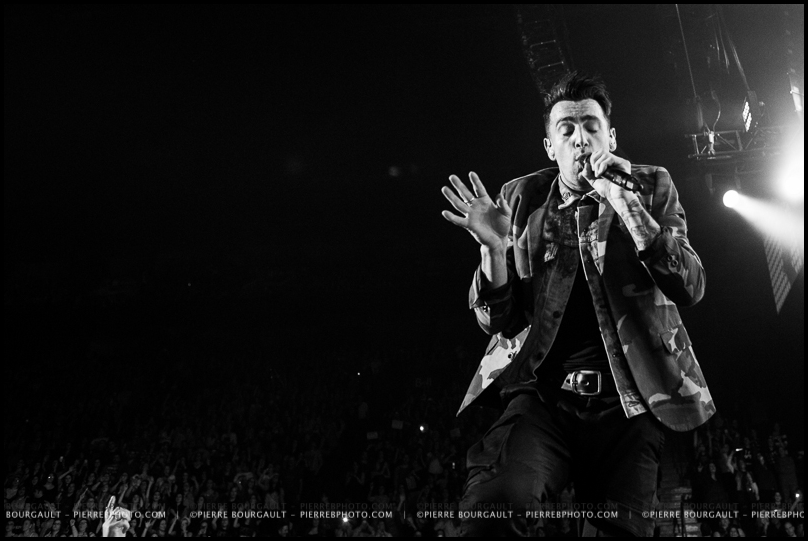 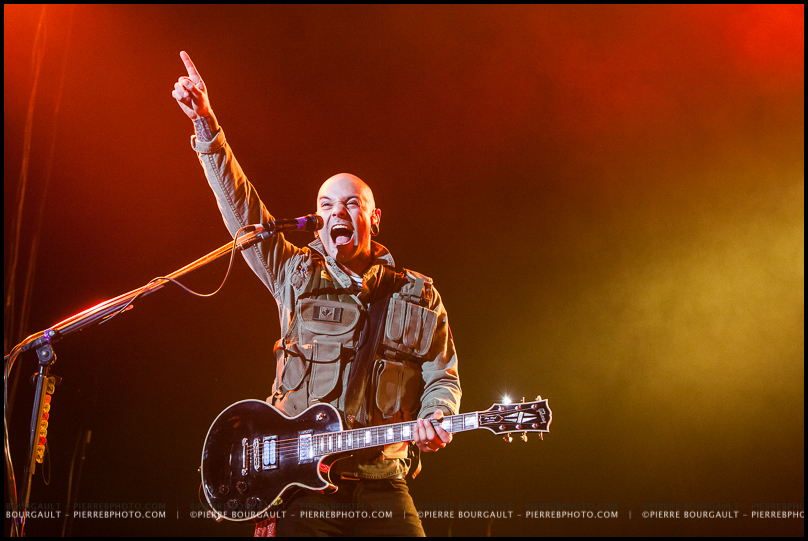 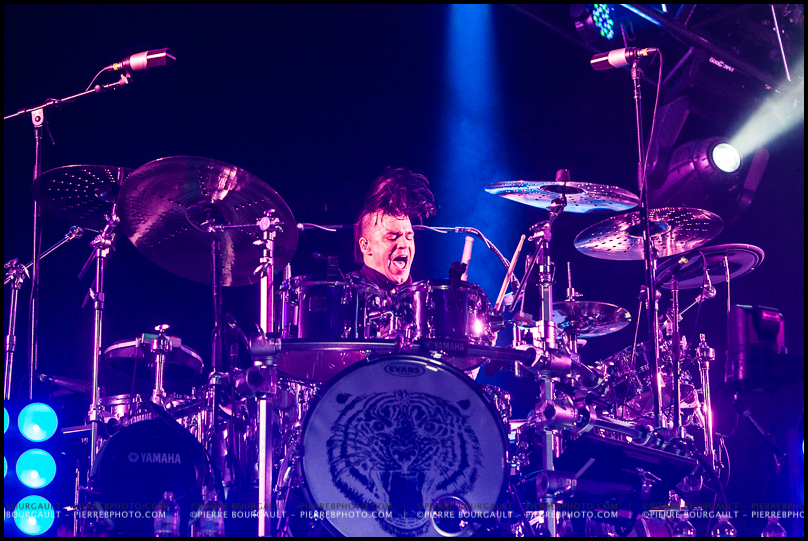