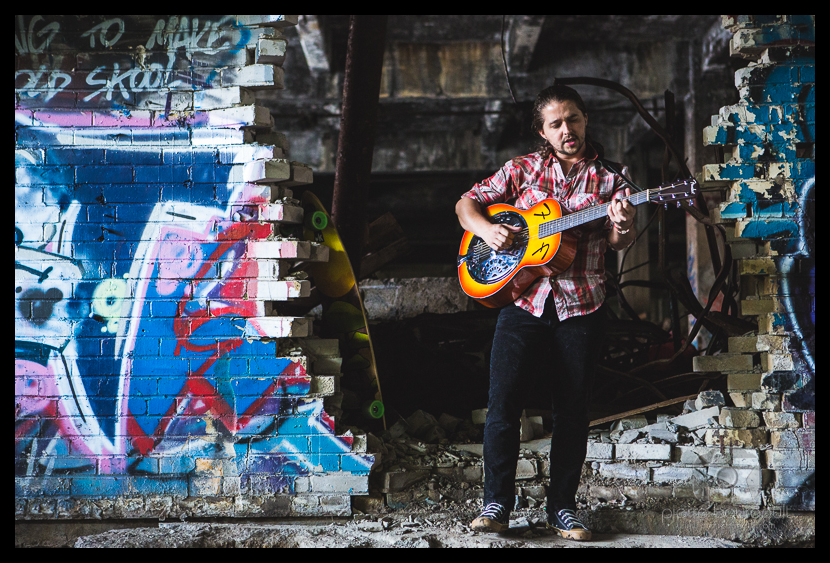 Doug is a rock and blues musician and singer.  I first met him early 2013 when he approached me to video his new band’s live show at a local venue.  And as with many of my clients, we kept in touch and became friends.  He contacted me again a month or so ago asking if I could do a photoshoot with only him as he was looking to push some solo gigs and needed some promo material.  I much prefer shooting on locations than in studio, so I asked him for a few examples of images he liked so I could get a vibe for what he was looking for.

He went on my website and sent me a few images of the abandoned factory I’ve explored a few times.  Too cool… to the plant we go!

With the theme in mind of Doug alone with his music, I told him to dress every day casual , bring a guitar and all we would do is walk around the plant while he plays his guitar and sings.  I had a few spots and shots already in mind, but I really love just playing with the energy of the moment and be inspired by what is going on.  There is always some direction on my part, but I want the client to feel as comfortable as possible as when someone is nervous and off, it really shows in the images.

It was actually a pretty funky shoot as I had constant live music (something I love) as I worked!  We bumped in to a few other people in the factory who just watched him sing and me work.  He needed a mix of images, some close up headshot images, some further away shots, some relaxed shots.

There really isn’t much to say about each image other than they were mostly inspired by shapes, light and the moment.  So here’s a little peak into some of the shots 🙂 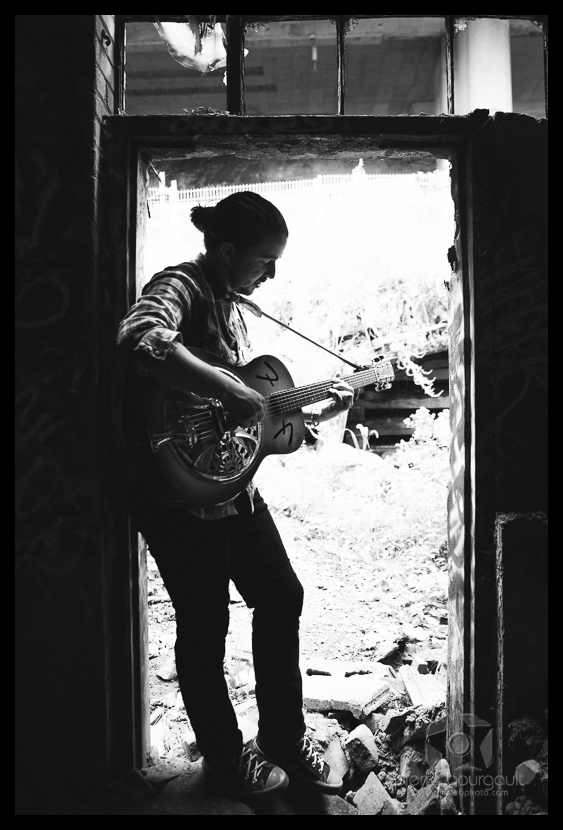 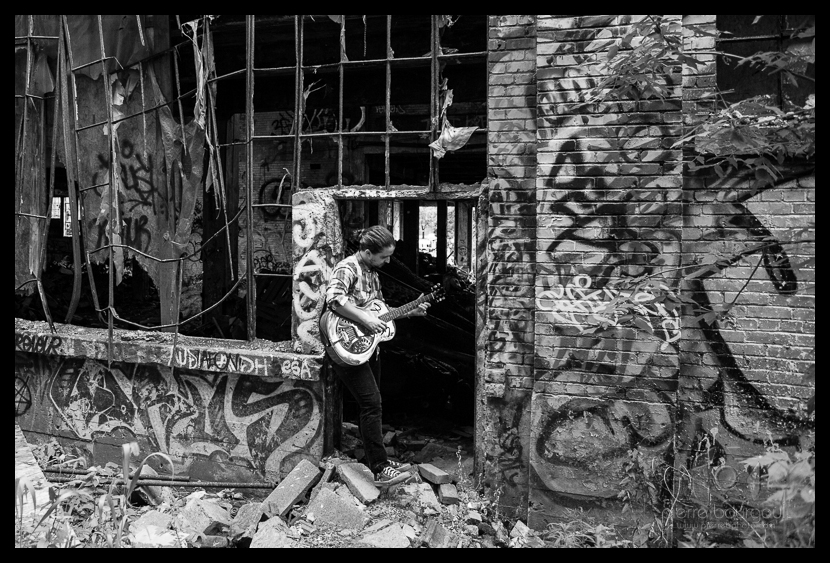 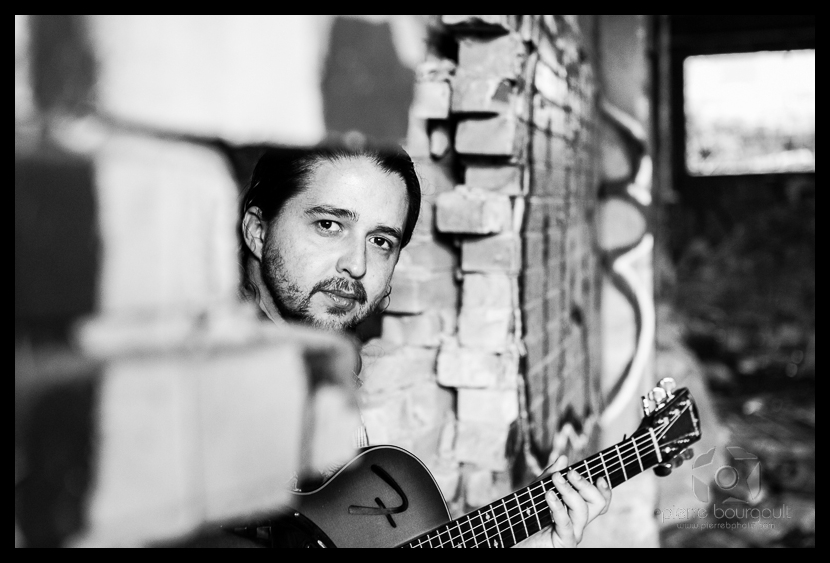 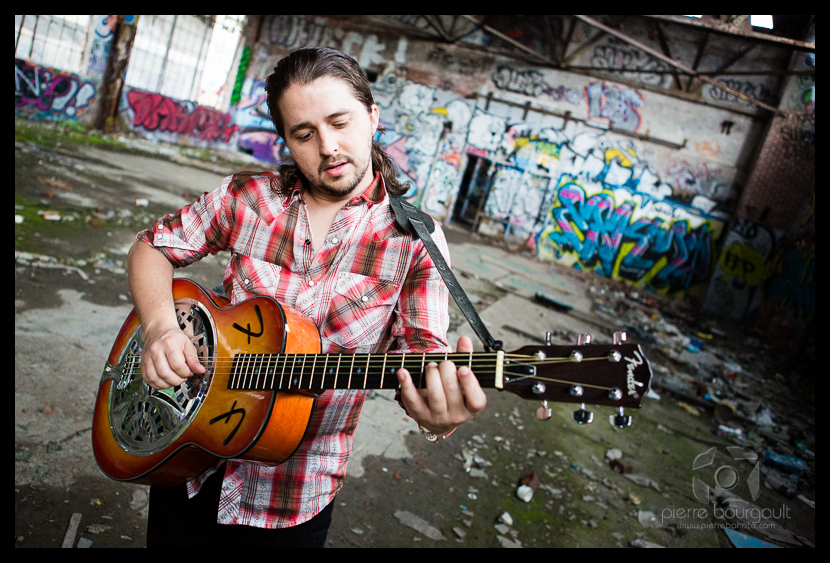 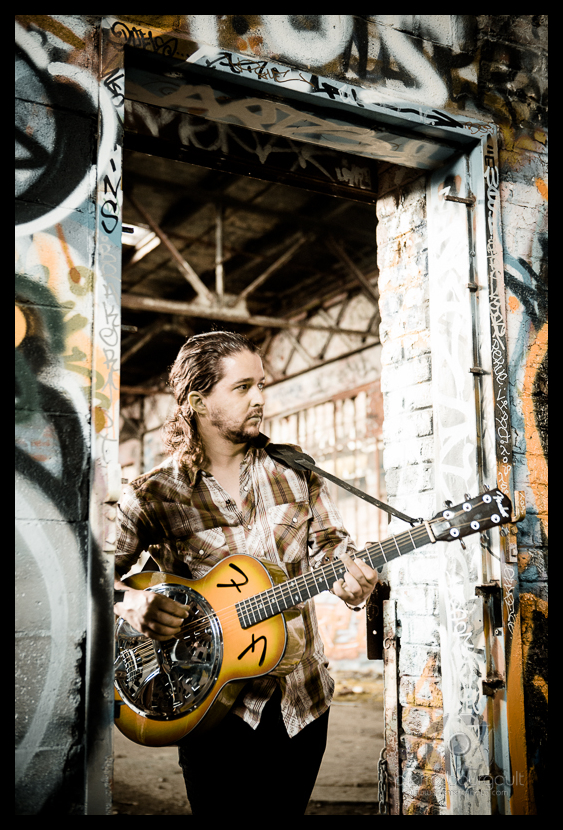 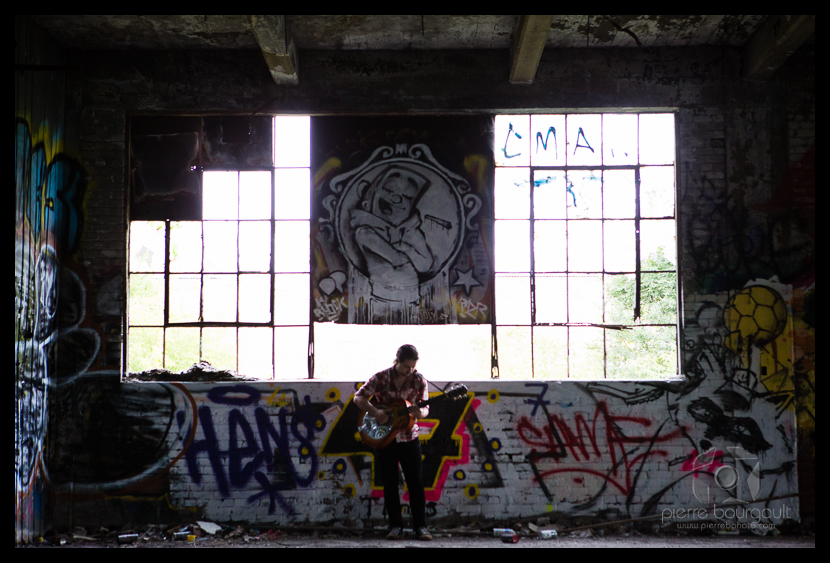 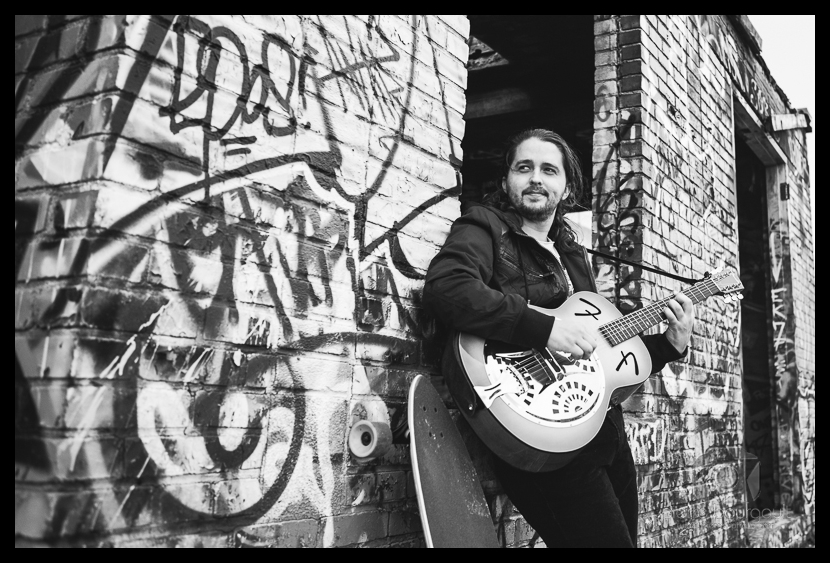 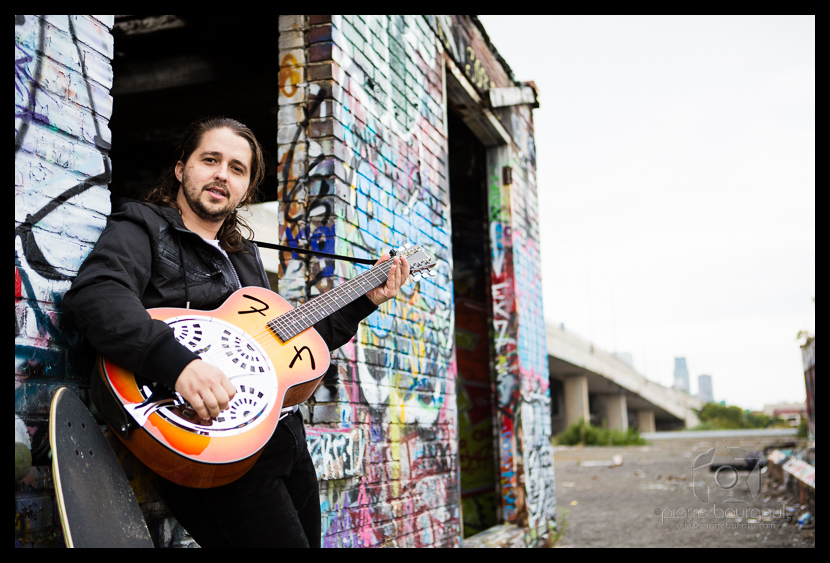 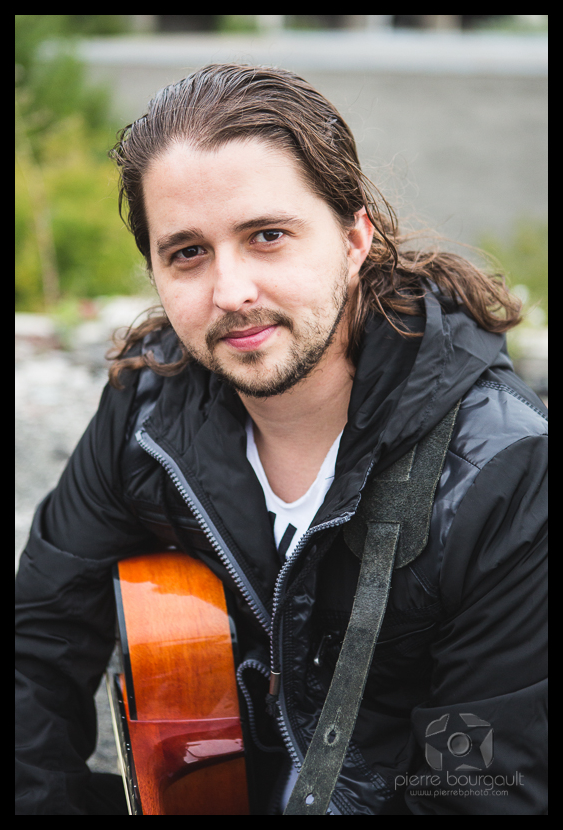 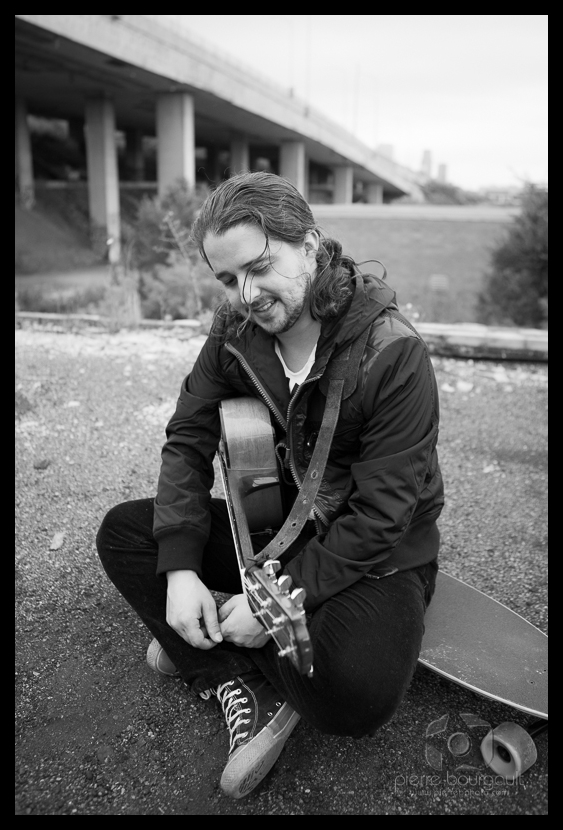 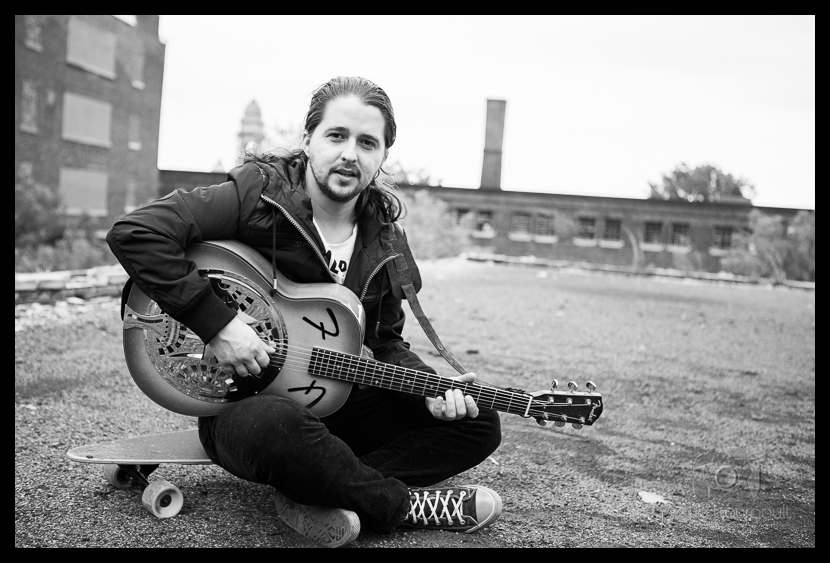 And as with pretty much any shoot I do, there is always plenty of time to goof off and have fun.  Here, Doug is showing off his football skills in kicking up a spray can.  Sadly, the shots of him skipping around the plant didn’t happen as I was laughing way too hard to take the shots. 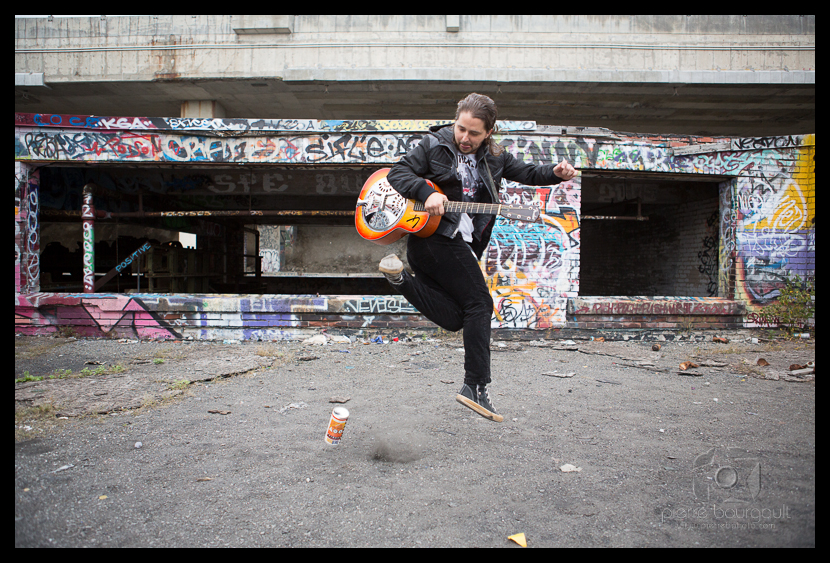 And yeah, you knew this was going to happen.  And if you don’t get it, click here and you’ll see 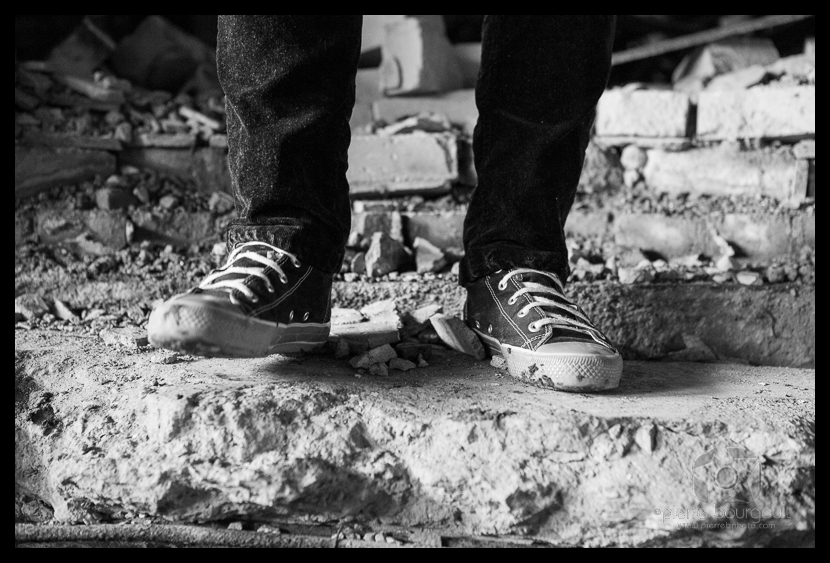