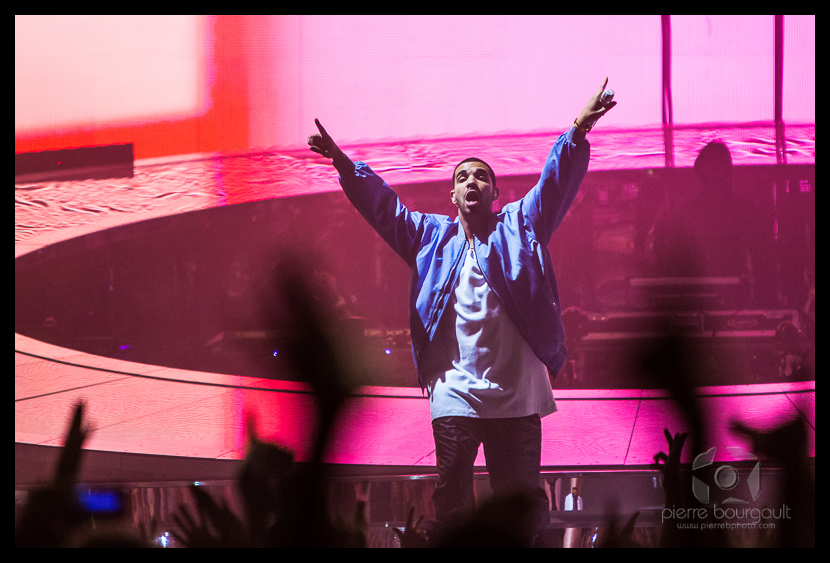 Canadian rapper (and actor) Drake stopped at Montreal’s Bell Centre on his “Would You Like A Tour”… tour.  After cancelling his last show an hour after it was supposed to start a few days ago in Philadelphia, needless to say that the photographers gathered in the media room waiting for the call were a bit iffy about him taking the stage.  We had already been updated a few times by the promoter during the day that the show was going to be delayed… 9:20pm stage time, 9:40pm stage time…

Around 9:25pm we made our way to the soundboard (grrr, hate shooting from so far back) and at 9:50pm, I forgot how loud 12,000 screaming fans could be (yes, I forgot my earplugs… shame on me, bad photog).  Wasn’t Beiber loud, but still enough to make you cringe.

Photography wise, the show wasn’t the best.  Well, let’s say that the 3 songs we were given to shoot weren’t the best.  I have no idea how the lights were after we were escorted out.  The stage was pretty cool looking, someone said it was like a swimming pool, but we only had one colour lights being shown on the screen.  No projections to be played off of.   There were crew manning the spotlights, but only one seemed on, fixed in the middle of the stage.  So when Drake went to either side, things got a bit dark.  Limiting, but hey, this is what we have to deal with each time we shoot.

And special mention to my best 2 friends during the show.  My steps.  When you are stuck shooting from the back of an arena, and then crowd gets up, then holds up their hands (or cell phones), it can be hard to get a decent shot of the artist on stage.  Insert folding steps.  I have 2, one for me and one for my monopod.  Cost me $5 a piece.  Best investment for soundboard shooting… after earplugs. 🙂  I need to find some higher ones that the 10 inchers I have.  I’m getting old, my back is hunching over, I’m getting shorter as I type this. 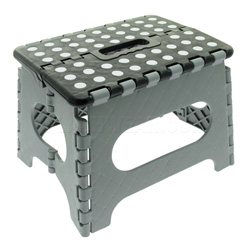 For more images and a full (french) review of the show, check out the media who I was shooting for:  Sorstu.ca 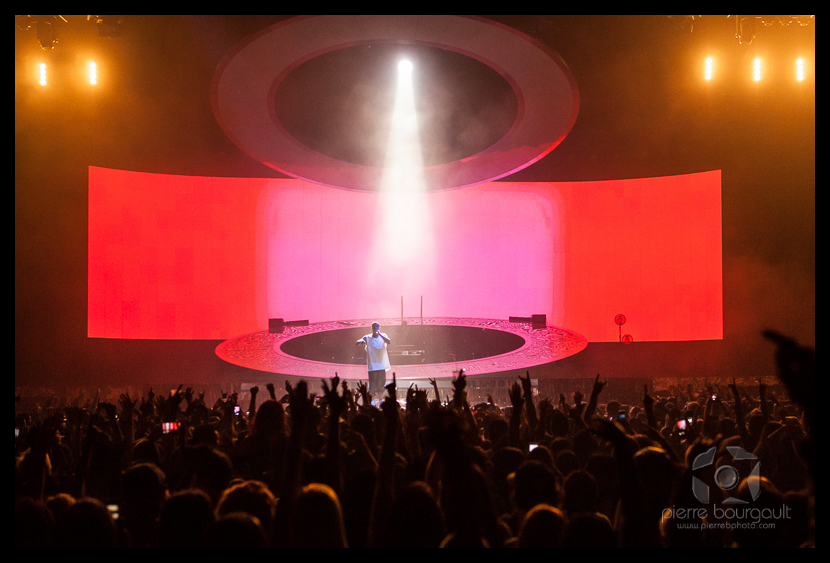 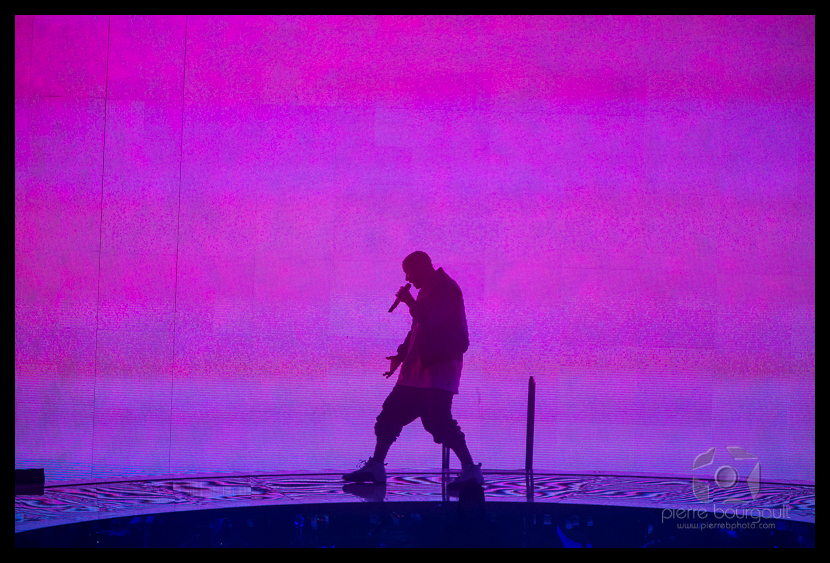 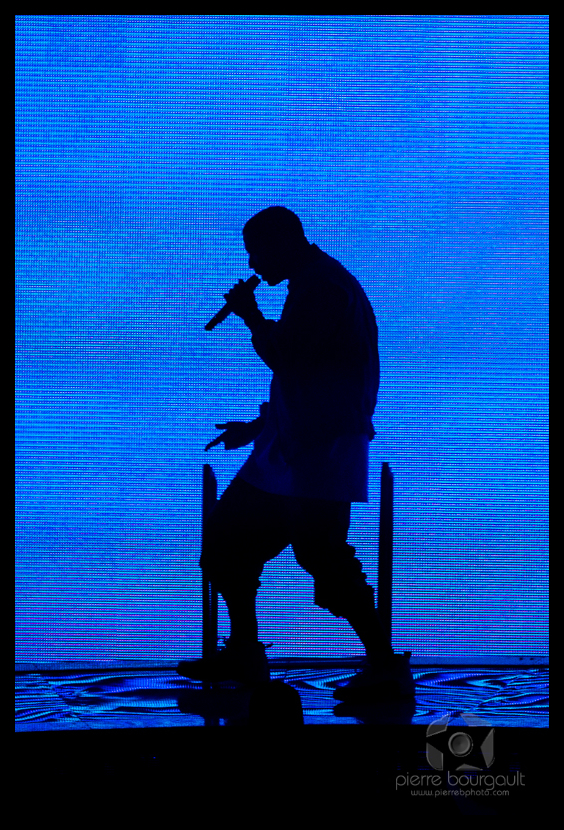 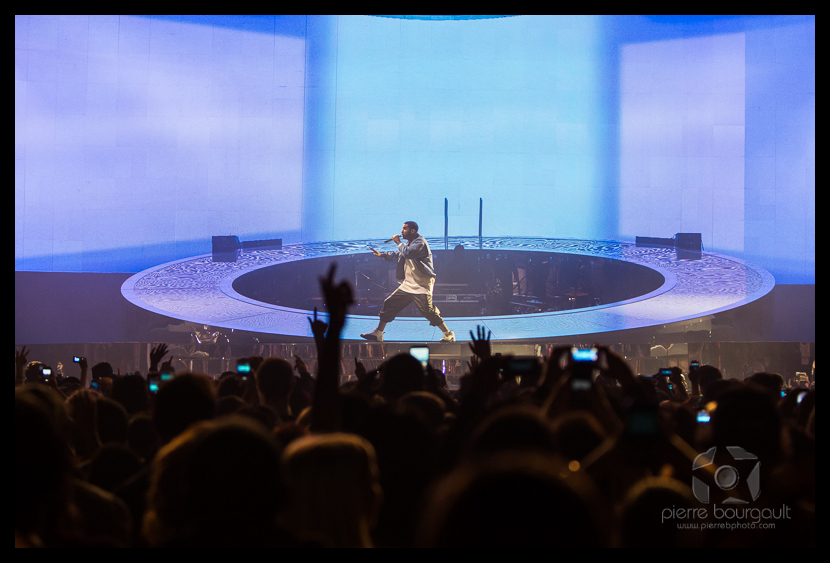 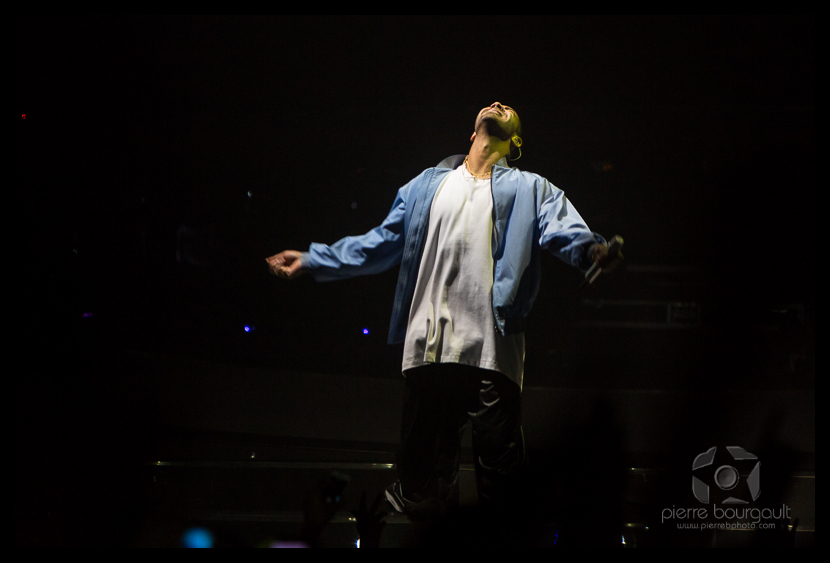 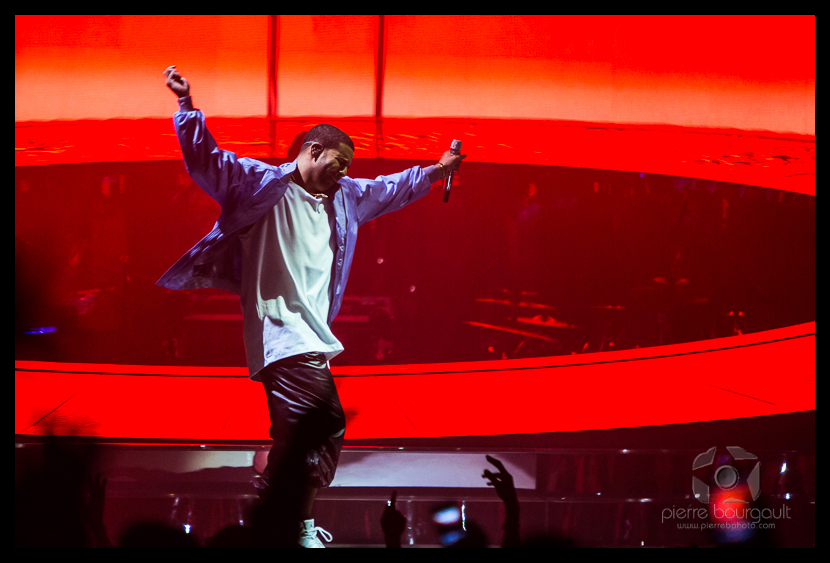 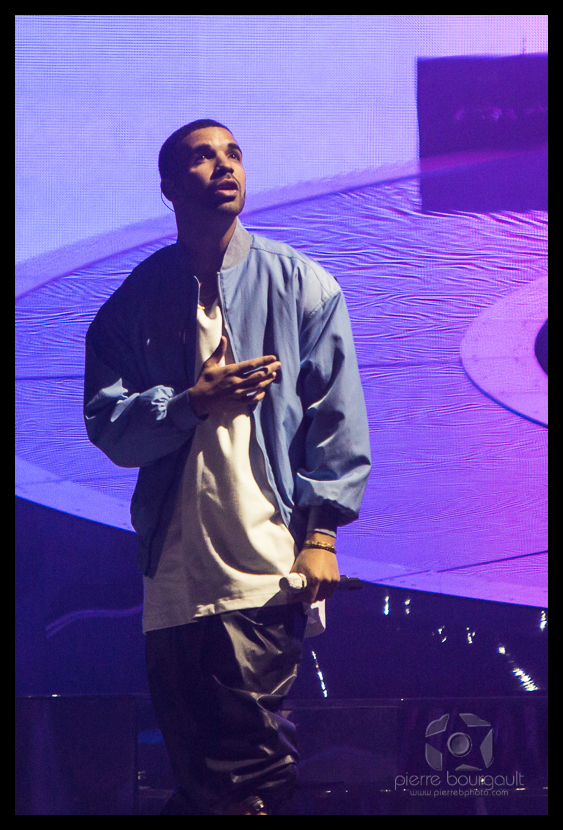 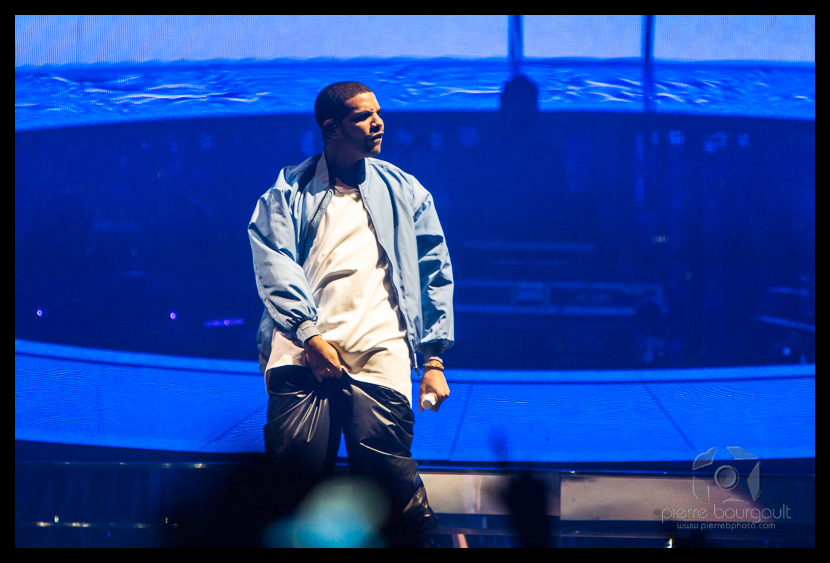 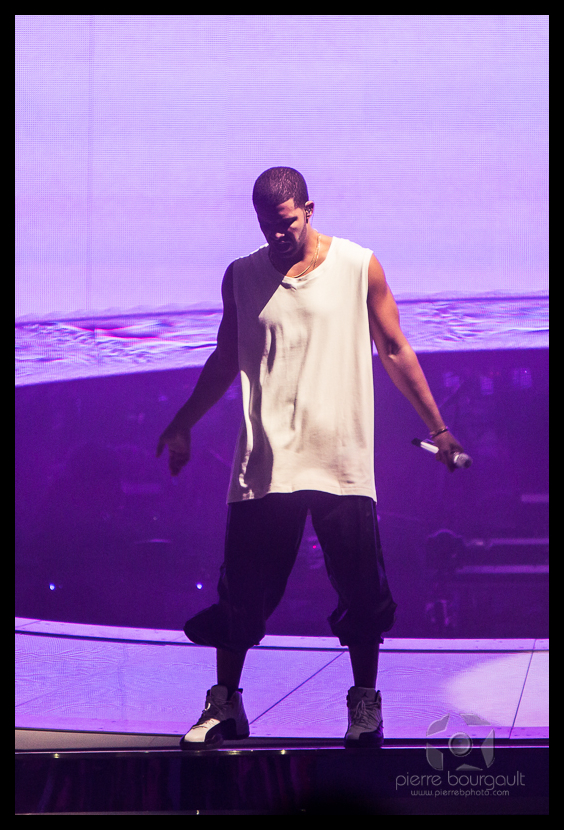 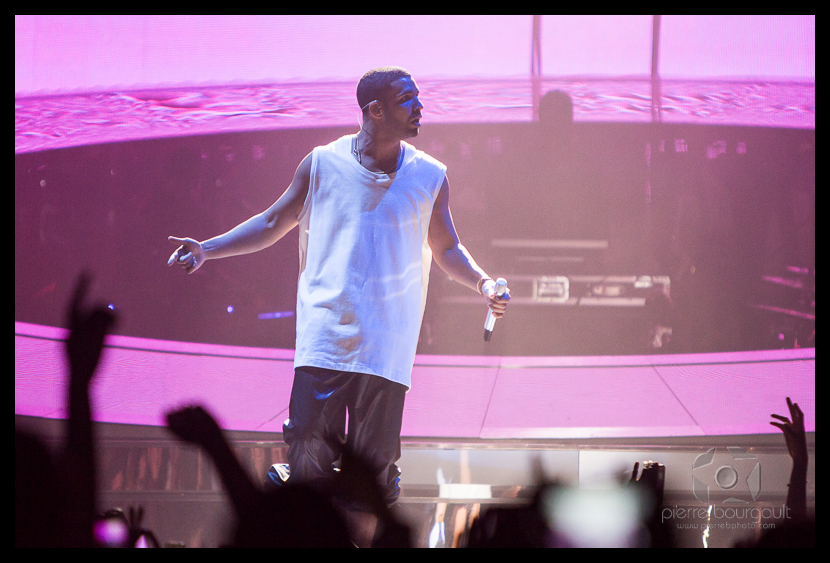 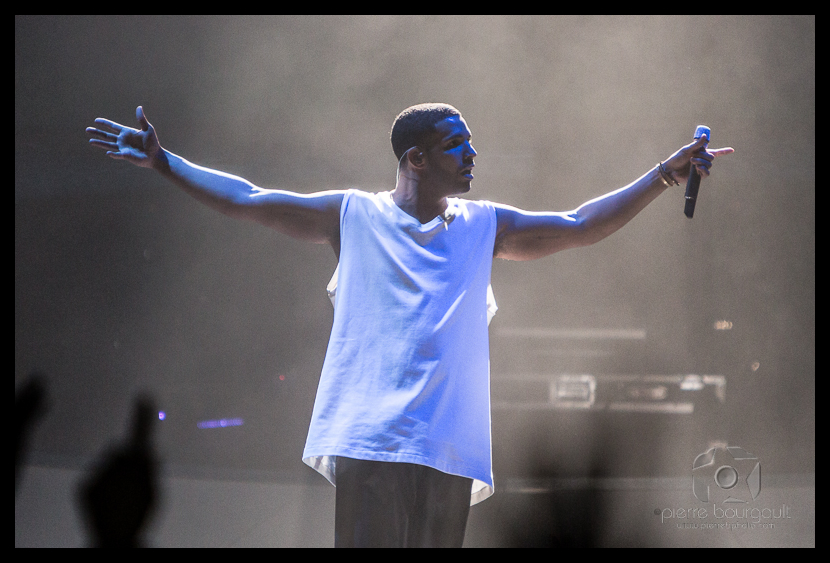 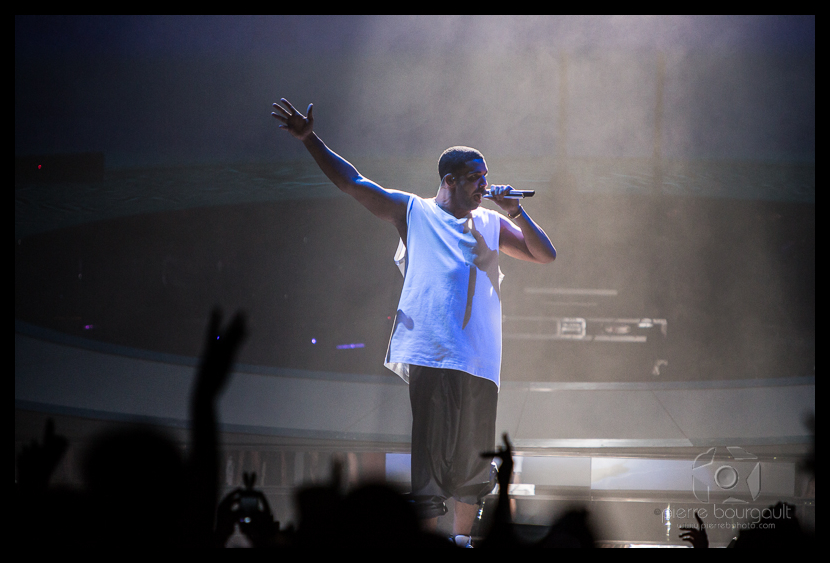 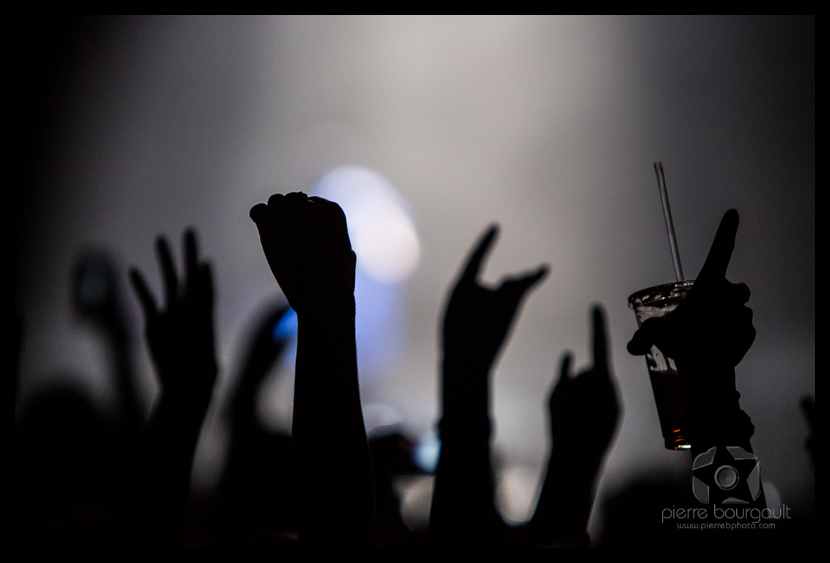