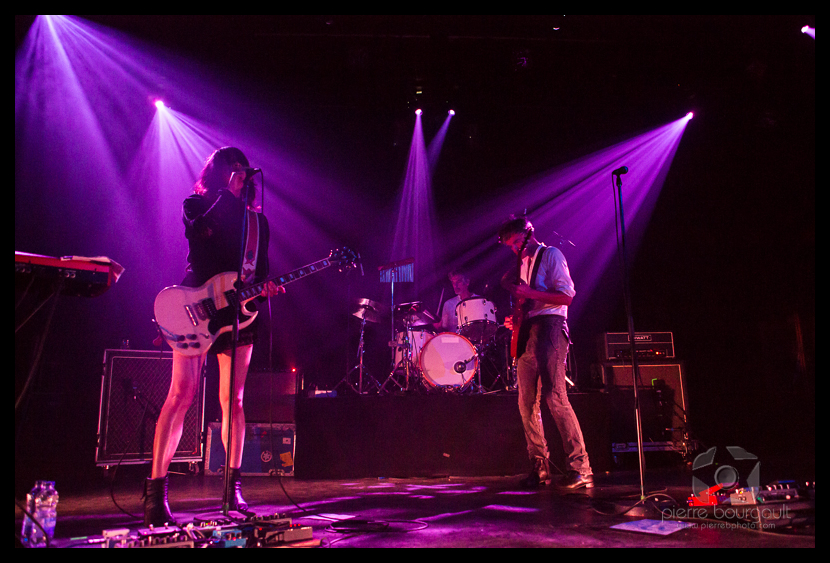 You win some, you lose some.  You can’t always get what ya want.  Uh… live for another day?  Not really sure what to say about the Blonde Redhead show last night at the Virgin Mobile Corona Theatre other than the lights were…well…not there.  It’s been a few weeks since I shot a show (last being the Heavy MTL Festival) so I was psyched to get back to it.

But this show.  I haven’t seen lighting this bad since, well, ever.   At least The Dillinger Escape Plan had some strobes that you could try and shoot through to get some decent shots.  This was pretty horrid.  The lights were very very low and the poor lighting person was told “no front lights” as per the band’s request.  Not really much you can do.  Don’t get me wrong, I’m all for lights matching the moods of songs to give a better live experience.  But as a fan, you do want to see the band members sometimes.  I can’t even tell you what the girl in the band looks like.

My average settings for the show?  ISO 6400, f/2.8 and 1/50 of a second.  Photographers will get that this is pretty harsh to shoot with.  So how to get around shooting in bad conditions?  You wait…and wait…for a small lick of light to pass through and try and work that into your composition.  Forget about photos of the artists as their faces are dark.   You have to pay attention to how the lights pass over the artists during a song and wait for the moment they are just right…and shoot a frame before, a frame during and a frame after.  As the saying goes, if you are just seeing it in your viewfinder, you probably missed the shot.

You do need to challenge yourself sometimes.  Not all shows can have arena quality tech that gives you portfolio worthy shots.  My challenge for the day?  Outputting 10 decent images in colour!  Screw the black and white (which is sometimes used to create mood and drama, and sometimes used to mask horribly coloured lights).

Instead of standing on the side of the stage, I braved the somewhat crowded floor to the middle.  Chatting up some pretty cool people in front who were kind enough to make a spot for me.  They had been waiting since 6pm to get in and be in front.  Hats off to amazing fans.  I figure I made the right decision as after a song in the middle front, I went to the side and to the back to get a variation of angles.  The band wasn’t moving much on stage (other than the girl who loved looking away from us lol) and did I say there the lights were horrible?

I stopped shooting before the end of the 3rd song as there wasn’t much to do.  In total, a little over 70 images were taken and I only sent a dozen to Cornershop Studios. the media for whom I was shooting for.  Not my usual 25 images, but sometimes, you gotta do what you gotta do.  It’s how the cookie crumbles.  Ok, I’ll stop now

Yep, Blonde Redhead reminded me why I normally like to date brunettes. 🙂 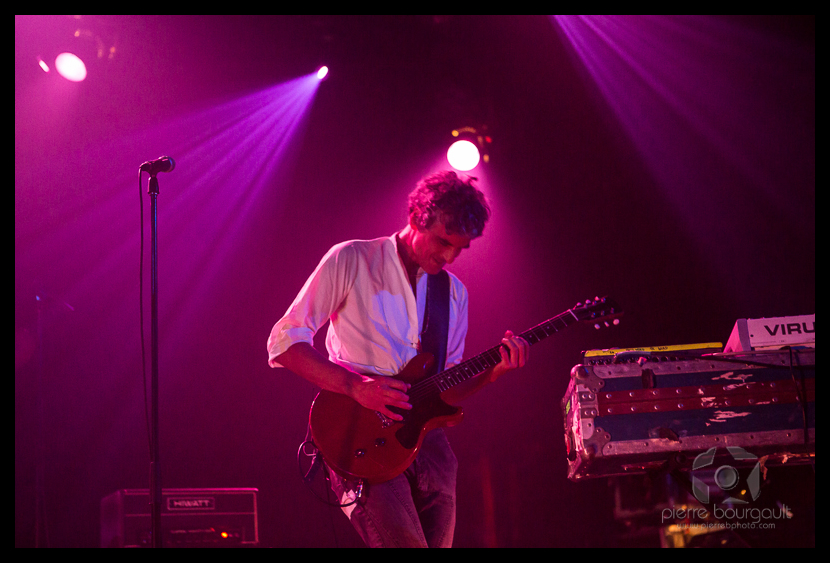 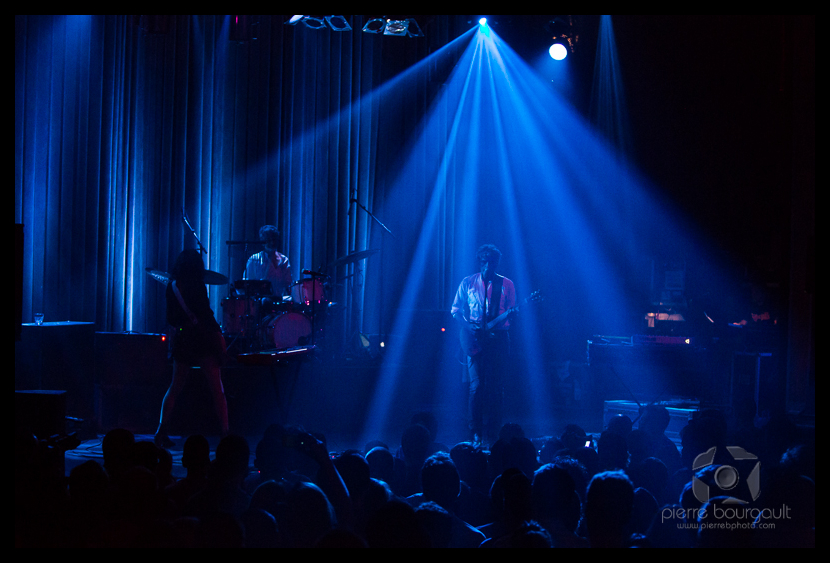 And here is an image that was never sent to the media.  I figured i’d post up what most of the images looked like when not playing with the lights.  The settings for this one were similar to the average settings I used, which were the same in all the photos posted here. 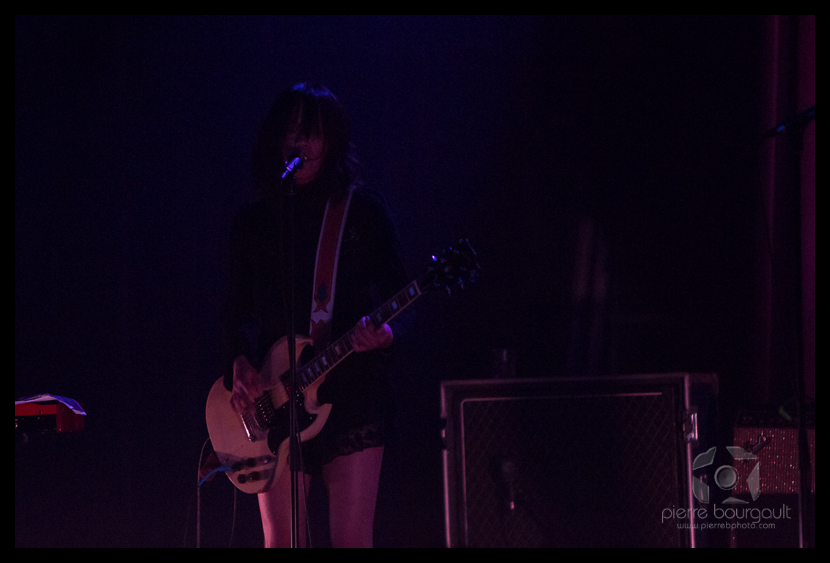