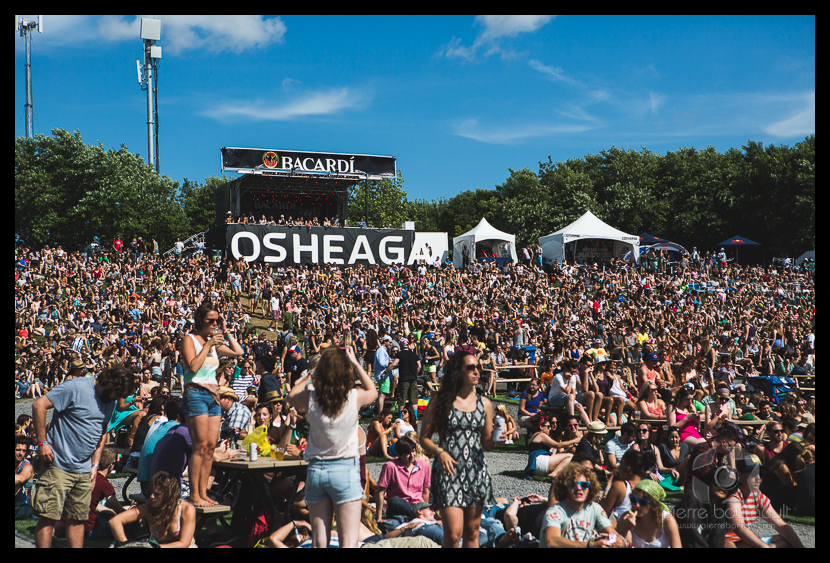 This year’s Osheaga was slightly different for me, photography wise.  The festival is way bigger than it has ever been, and as the promoter likes to keep the photo pit not too cluttered, this means that bigger national and international medias got the pit passes that we little local guys used to get.  What does this mean for us?  Well, while we were there from the start to help promote and support, now, if we want images of bands, we have to shoot from the crowd.  Either you rent a really long lens and stay in he back or you muscle your way through a 40,000 person crowd to get to a decent shooting spot.

That’s not the type of photography I find fun.  And it is also not the type of photography my main media Cornershop Studios likes either.  They prefer quality content (both with photos and reviews).  But instead of simply not covering, we had the idea to do a festival recap instead of a band recap.  This means no band photos.  I was totally excited for this as I love doing street journalistic stuff, and now, I had the chance to do that, during a music festival!

How does this differ from shooting bands?  Well, you walk a lot more.  I was there early for when the doors opened.  I had to walk a lot, and when I cover bands, I walk to go from stage to stage, now I had to take my time and always be on the lookout for a good photo op.  Trying to stay away from simple snap shots and capture moments that say “Osheaga Festival!”.

On the plus side, I brought 2 cameras… my Canon 5D3 with a 24-70 mm and a Fuji x100s.  My back was ever so thankful.  I had only brought the Canon in case of rain as the Fuji isn’t made to brave the elements.  You still have to be prepared to do your job.  If I didnt have my media bracelet, I wouldnt of been able to bring in the dSLR and would of had a hard time shooting in the rain.

Before I get to the images, just quick thanks to Cornershop Studios for actually giving me the chance to try this out.  Journalistic coverage is very subjective and what I find amazing, someone else may find dull.  But in the end, the review and images came together very nicely!  There are more photos posted on the media site, so make sure to check those out HERE.

On to the images!!

So as I said, I was there early to capture the crowd coming through the doors.  It was pretty lame actually, people are too relaxed and take their time.  I was hoping for a running rush to get to the front.  They were having a “find your matching bracelet” thing where if you found someone with the same colour and numbered bracelet, you both are entered for a chance to win a car.  Funny thing, one of my twitter friends actually found her match!  The Facebook page for the festival was full of people listing their number and colour in hopes to get a chance at the car. 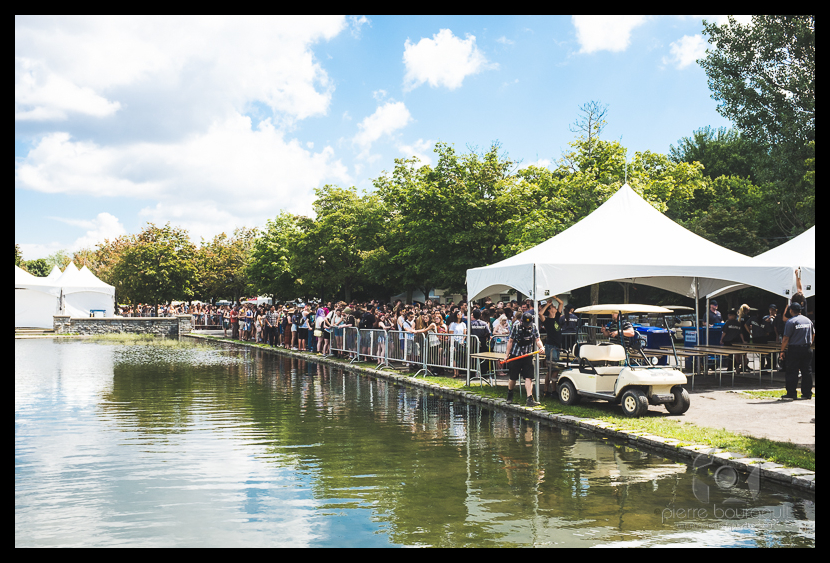 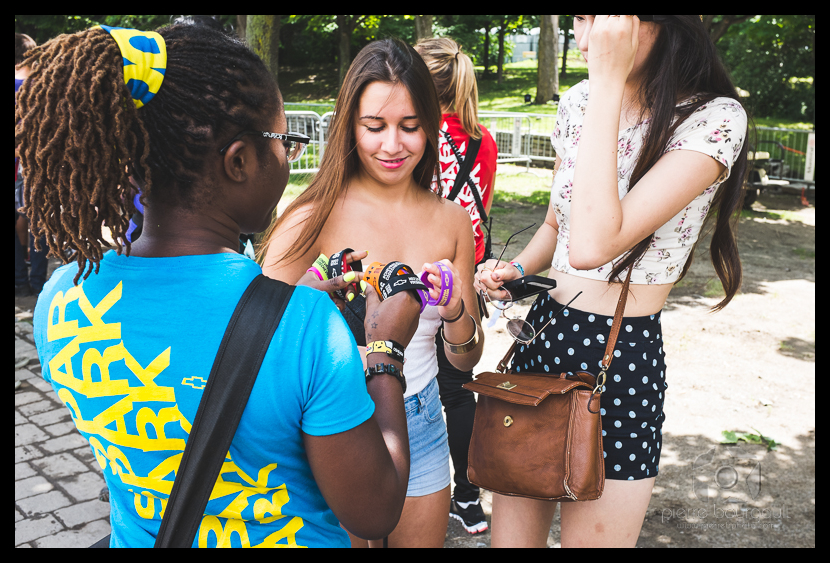 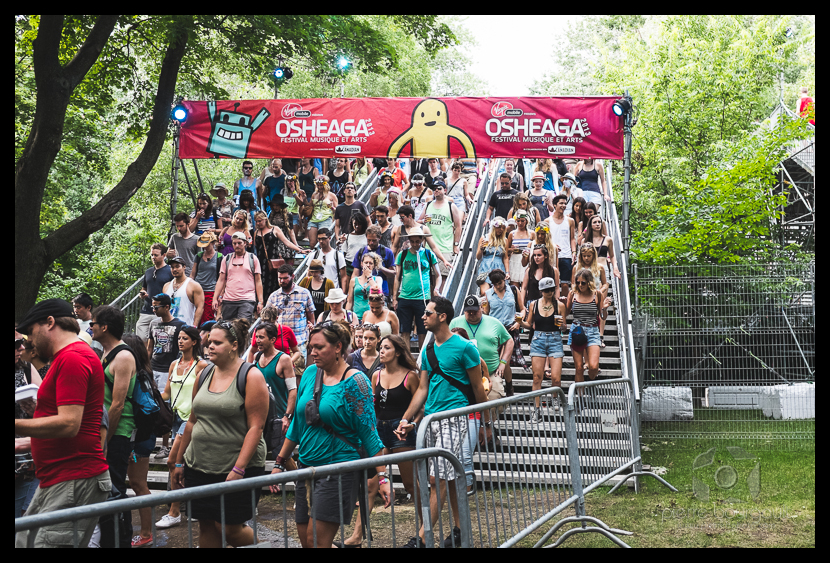 The staff working on site were great.  As tiring as it is being working media, it is as hectic for everyone else.  From the merch people, the concessions, the grounds crew, the security in the pit, everyone really pitches in to make this an awesome festival. 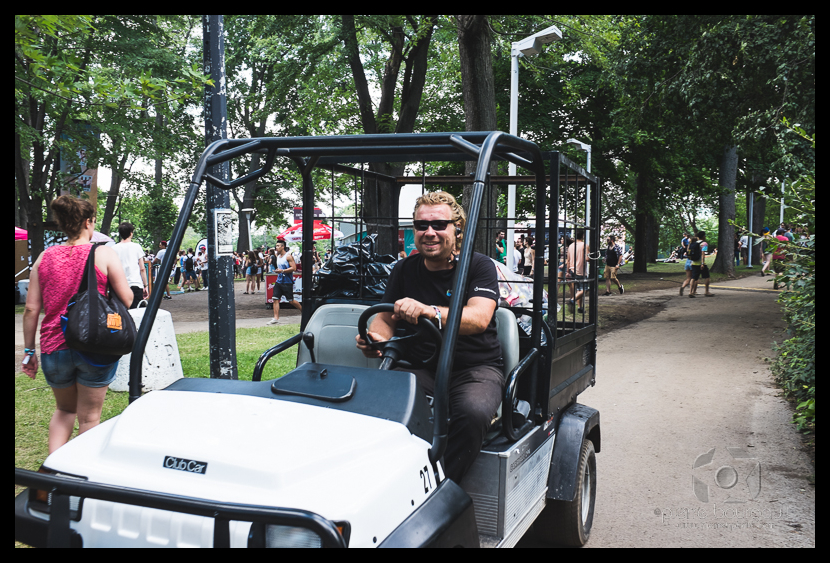 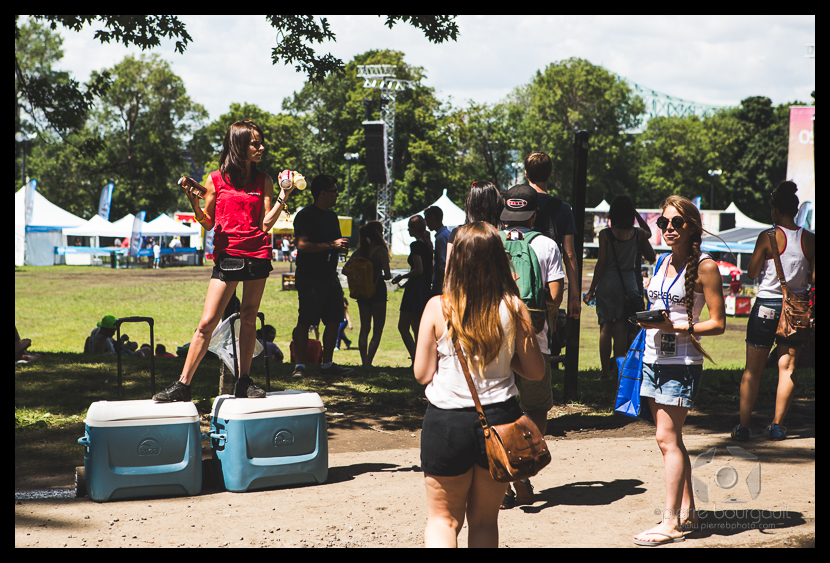 Fans are always what make the show.  And Osheaga is no different.  People get dressed up and are always willing to pose for you or give you a little smile when they see you snapping away.  Now some say that Osheaga is now just a “cool” place to be and people just go there to say “I’m going to Osheaga”.  It’s trendy, people want to be seen, the music is whatever is in (with a few nostalgic headliners).  All that aside, it’s still pretty damn fun. 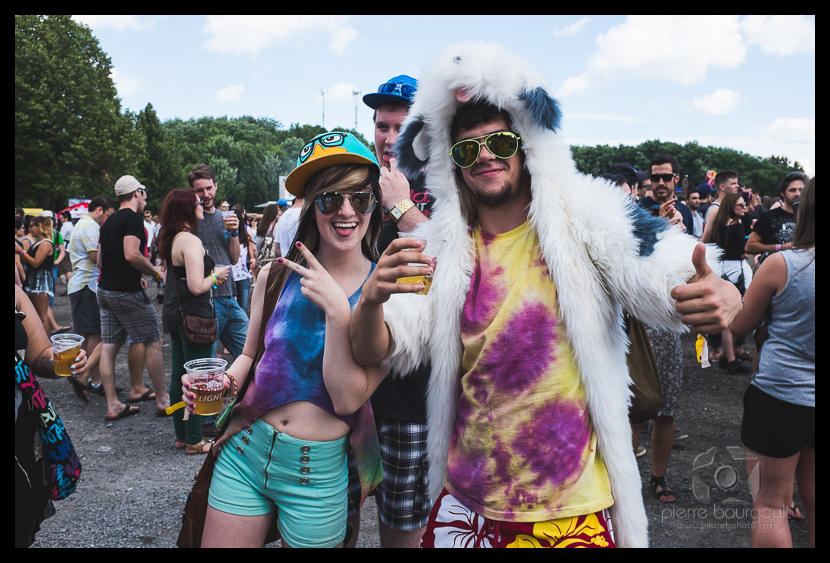 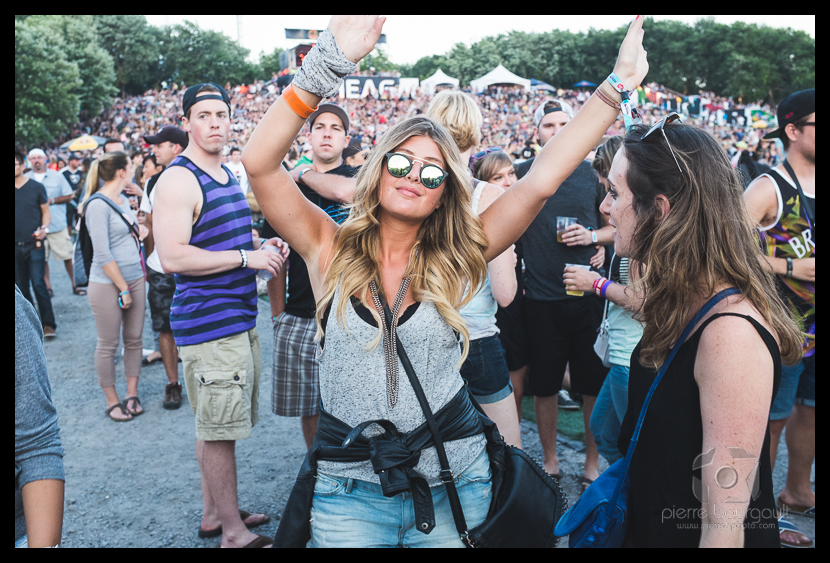 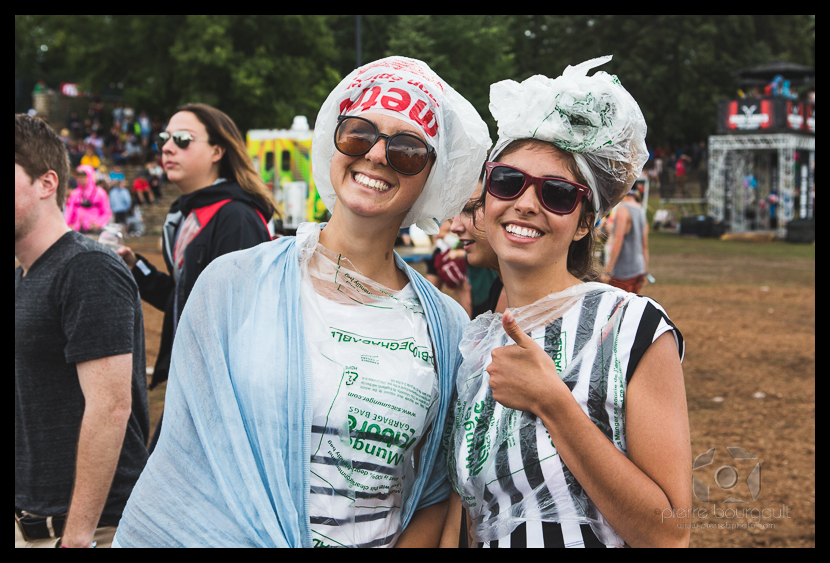 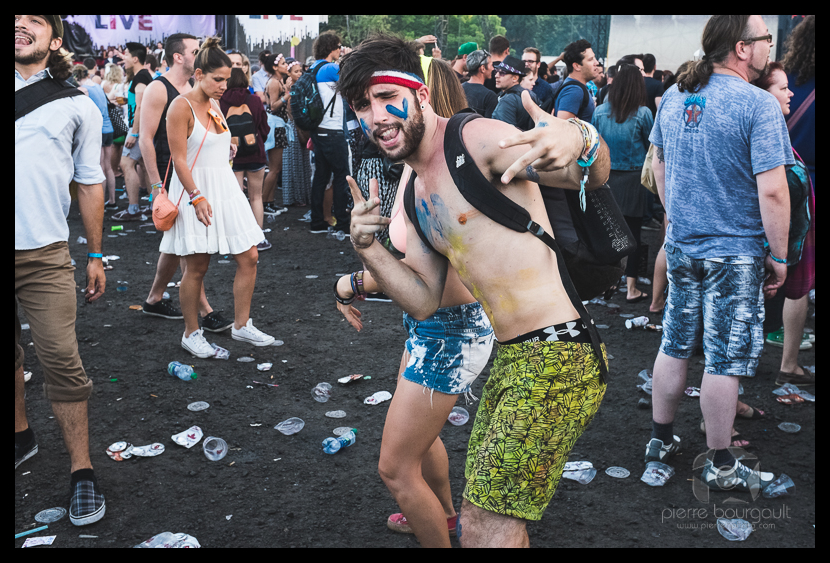 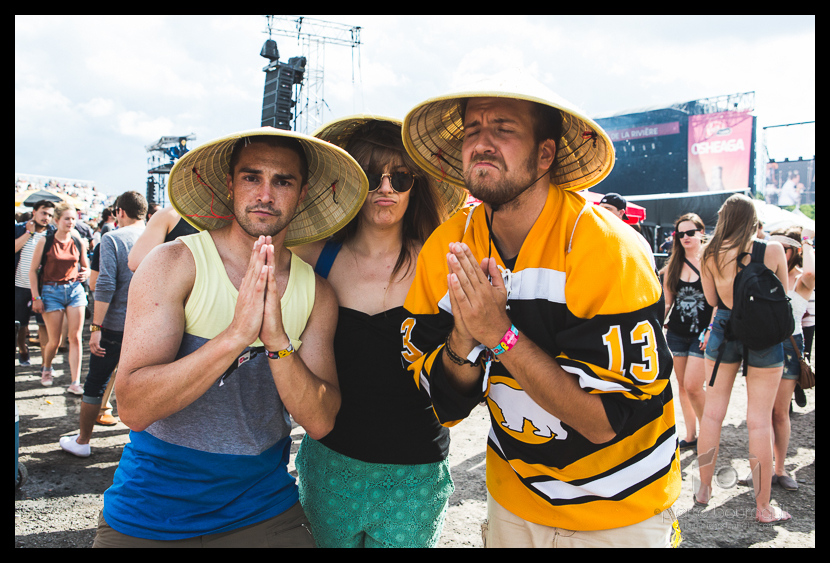 And posing for a shot doesn’t always have to be for the face.  This girl got some Osheaga paint on her leg! 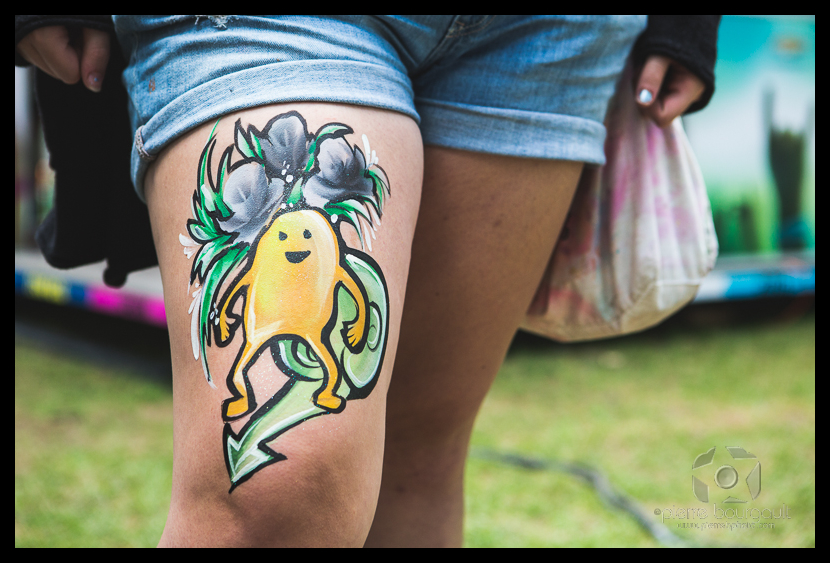 Posed photos are pretty easy to do.  You go up, you ask, people pose, you snap.  When you want to bring things to a different level (in terms of photos), you are looking for special moments and people in their element and try and take their photo creatively. 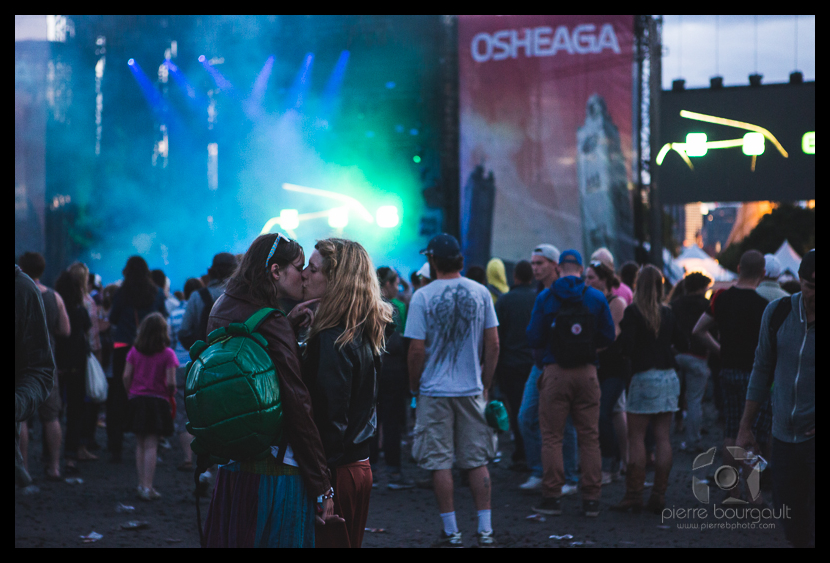 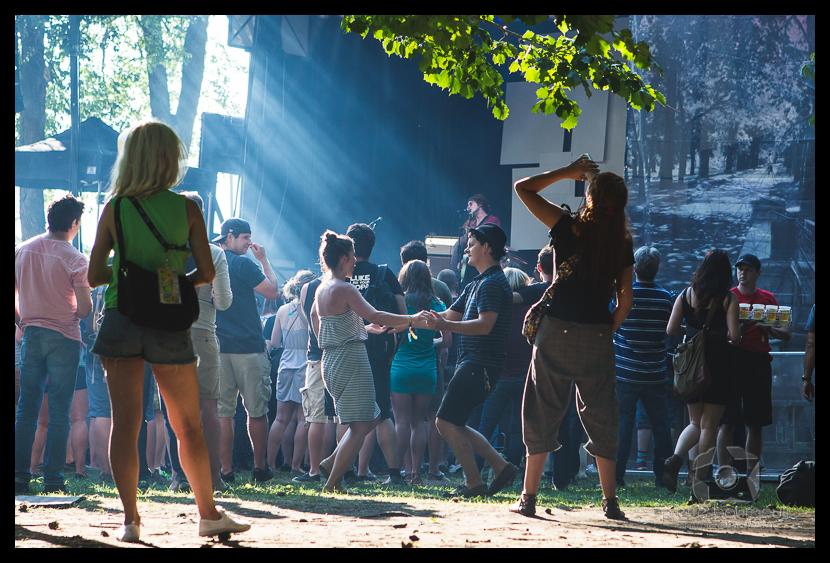 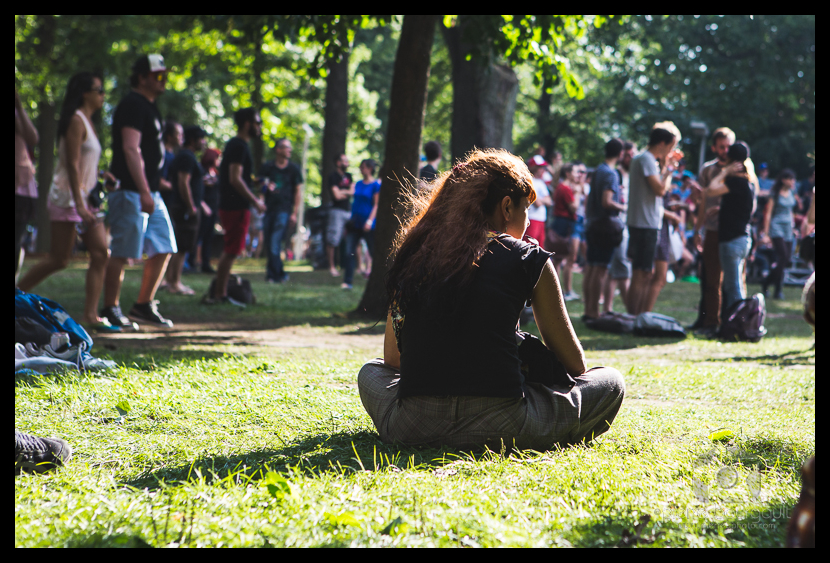 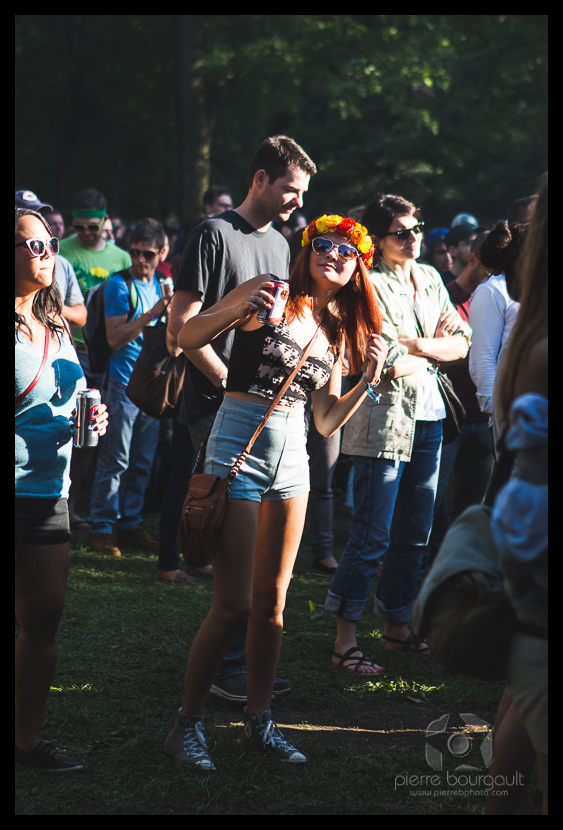 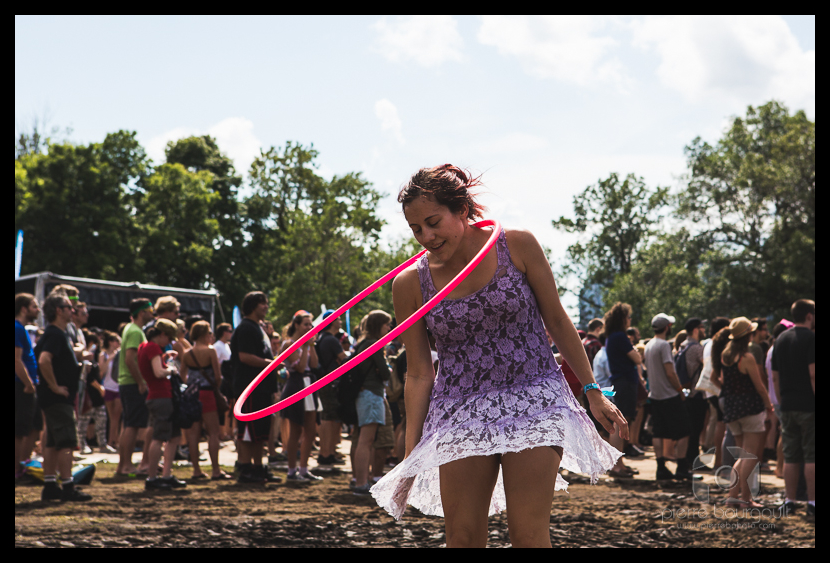 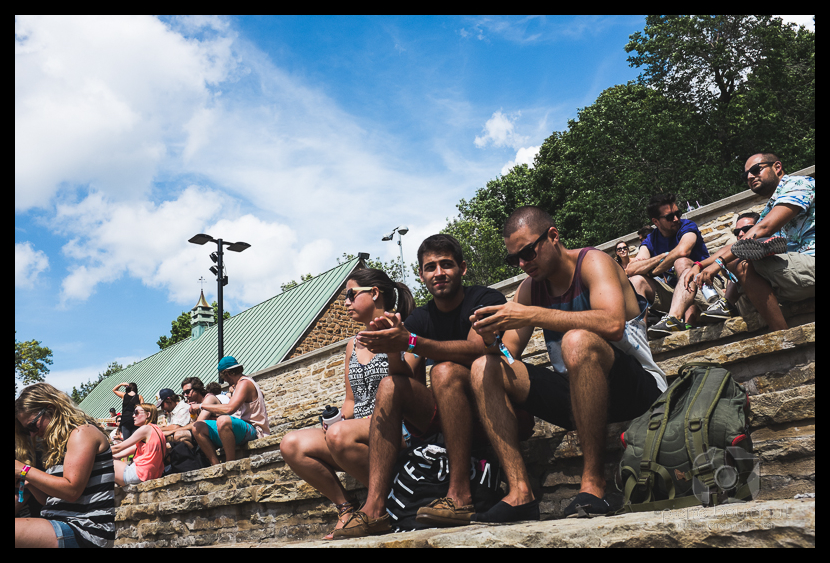 And then you have the kids.  Who doesn’t love kids?  I wish my parents would of brought me to festivals like this when I was young.  Can’t blame them, there were no festivals like this when I was young.  Seeing the next generation of music lovers is pretty damn sweet.  And small note – each of my kid photos were taken with the parent’s permission.  I would never snap a child without asking first.  And the parents usually get a business card with my email so I can send them the copies for free. 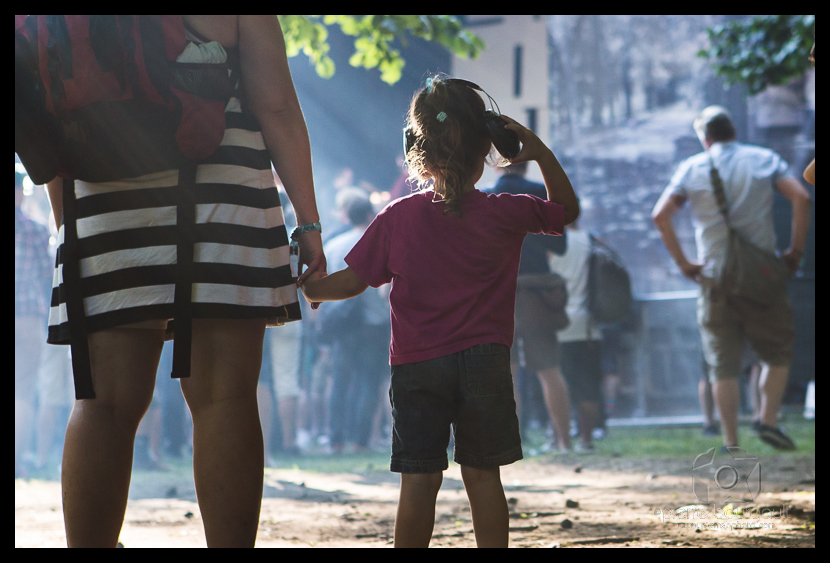 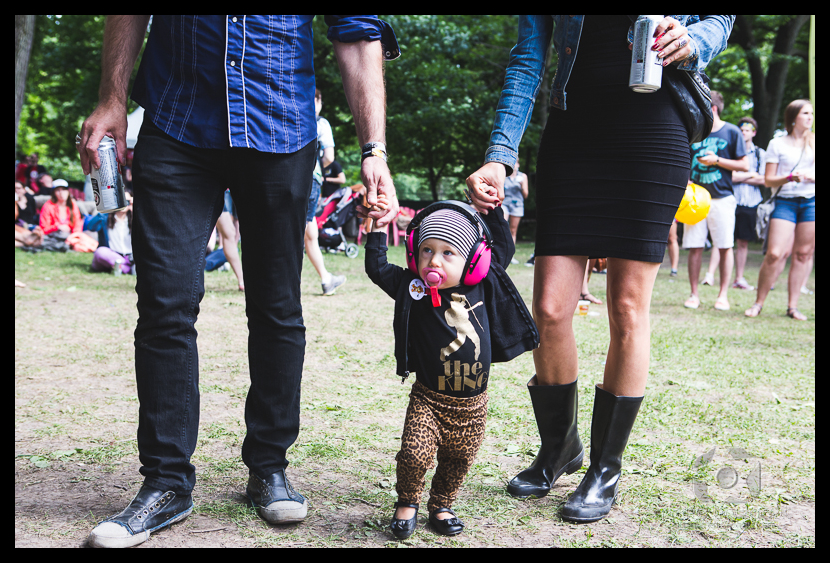 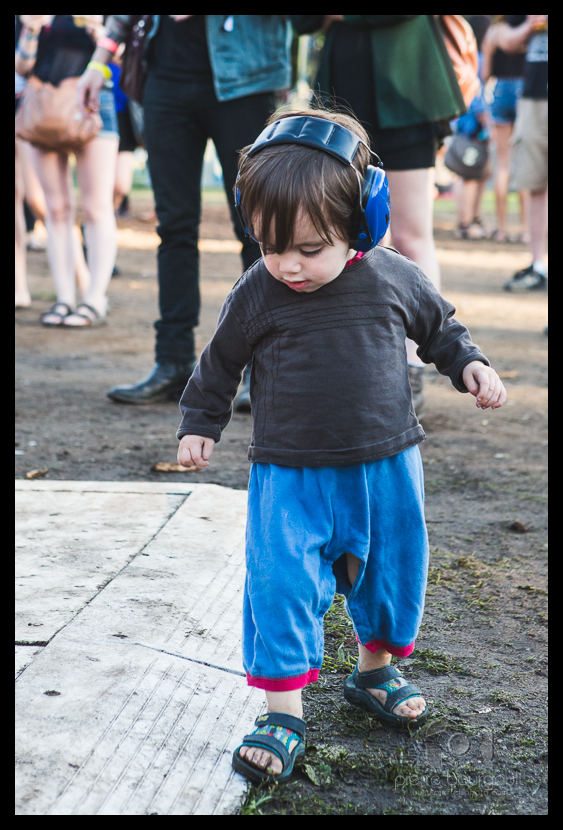 So we have the setup shots, the staff shots, the posed shots, the candid person shots… the only thing I needed to get was artsy shots.  Now this is where it gets hard.  For the next two images below (bubbles and glasses), I was watching a show with some friends and something would catch my eye and I’d be off to go capture the image.  One guy actually told me “why aren’t you looking at the show more?”.  Well, if my eyes were glued on the stage, I’d miss all the cool shit happening around the stage!

I saw some bubbles going through the air and decided to find the bubble blower.  I then asked her to angle her bubbles a bit more towards the stage.  This was pretty hard to focus on as the bubbles were small and moving, but I think the end result is pretty sweet where you see the stage and sky reflections. 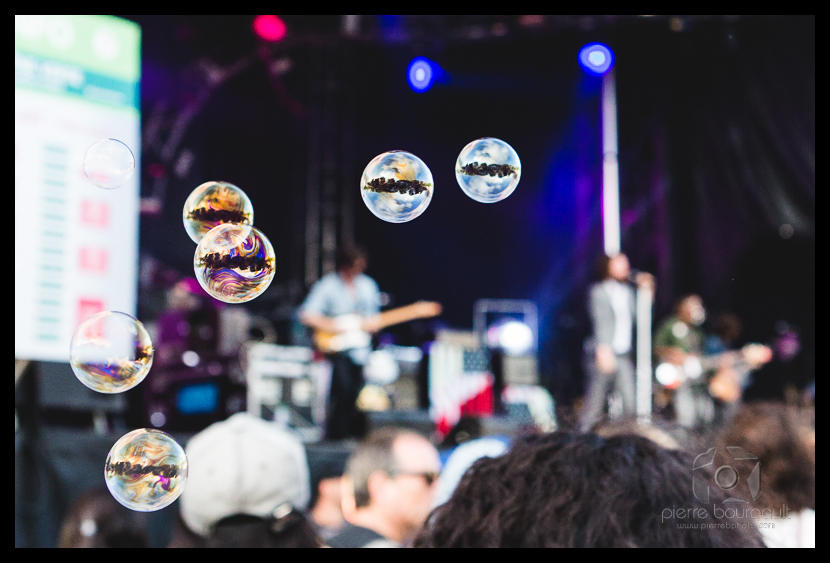 And this guy… I asked him if I could shoot his sunglasses.  He really didn’t get why, and normally I wouldn’t of asked, but I needed him to keep still to get the right angle where you don’t see me in the shot 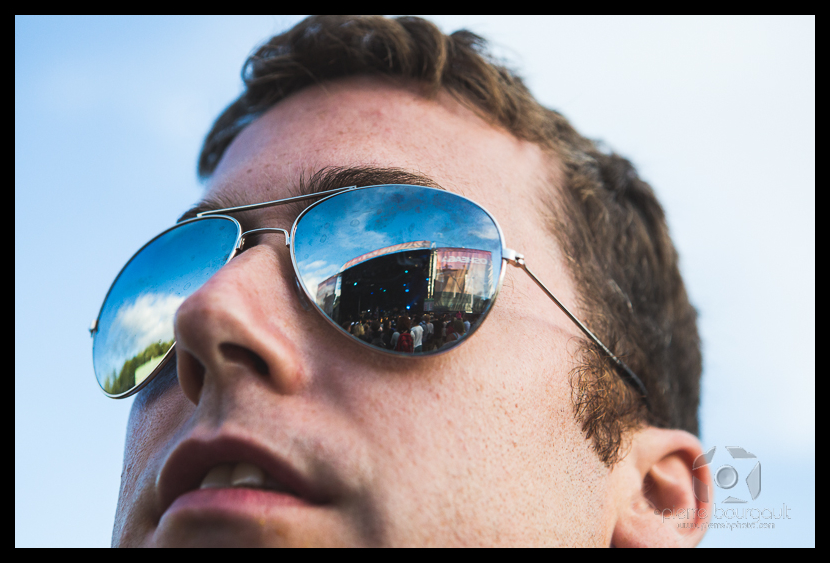 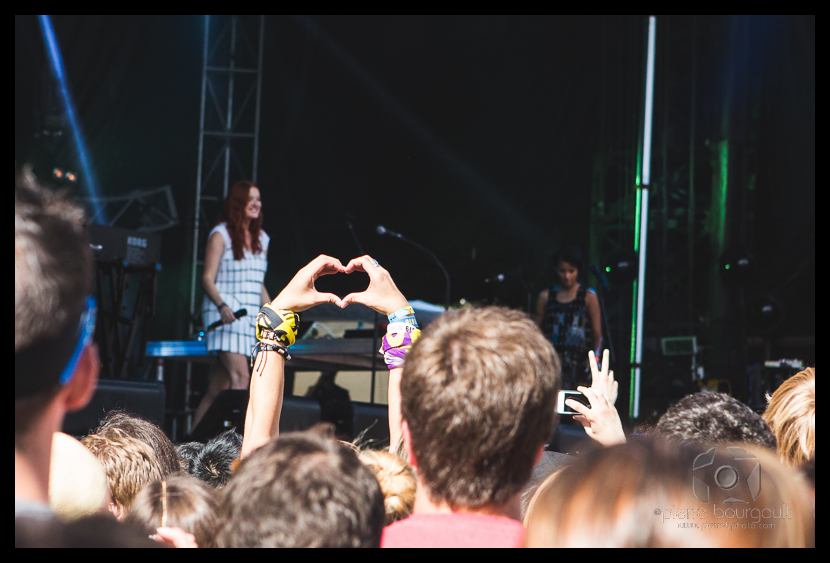 And then you have the rain shots.  I love shooting in the rain.  Problem with the rain at this year’s festival is that it usually didn’t last long.  So by the time I would get my rain sleeve on my camera and all, the rain would be over.  I did manage to get a few keepers, including a rainbow!  Rainbows dont last too long, and I was trying to get to the far end stage to get the rainbow over the Osheaga sign, but alas, I didnt make it in time.  Thankfully I was snapping along the way. 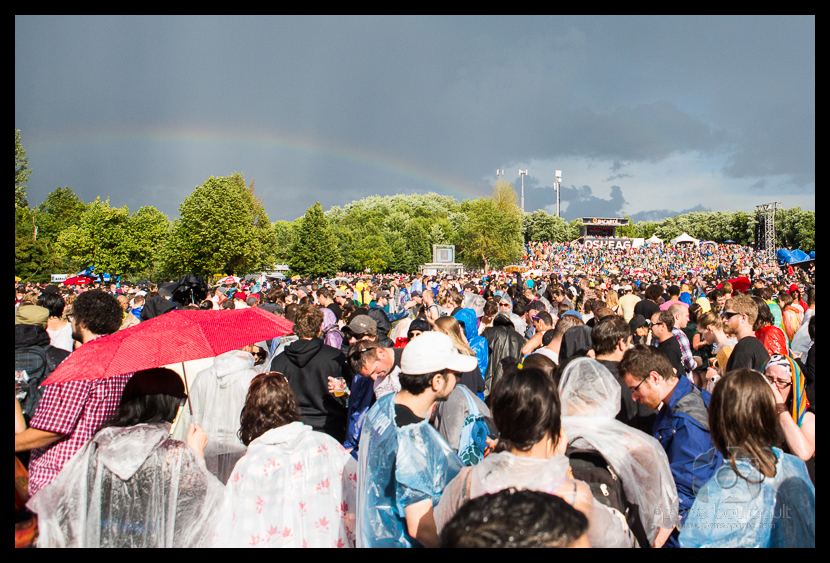 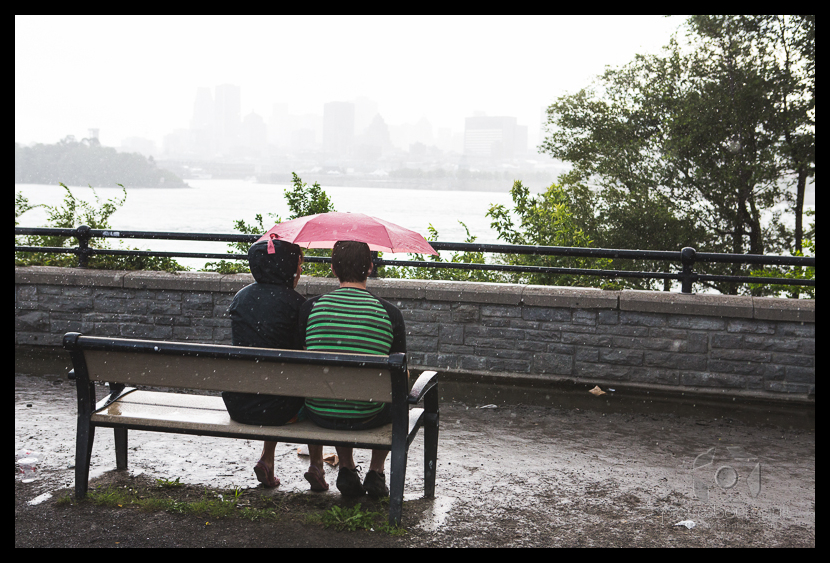 The last little bit of my weekend was being asked to cover a couple of the after parties at the Corona theatre.  Because you know, shooting for 10 hours and walking all day isn’t enough, let’s throw in some after party fun until 3am haha. 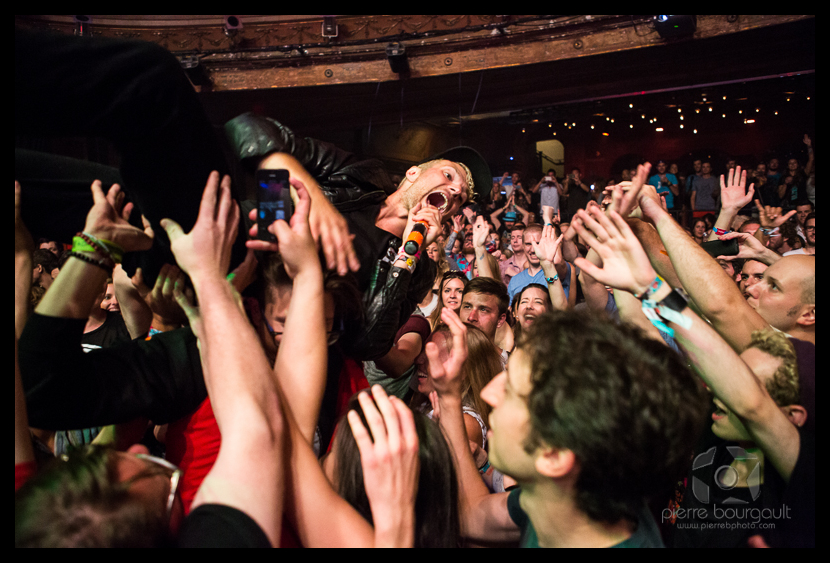 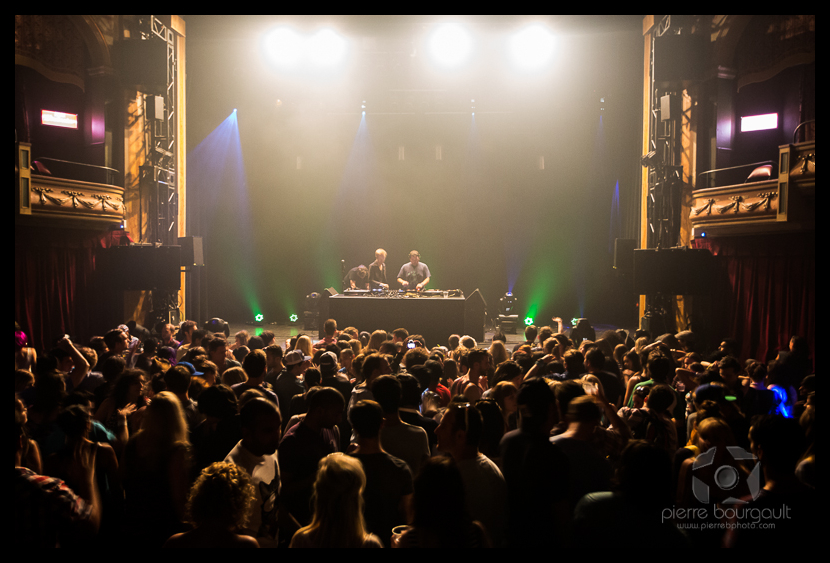 And that’s pretty much it!  A really fun three days at Osheaga this year.  I actually had the chance to check out some bands while shooting, made a few discoveries, met a bunch of people from twitter and facebook and even ran in to the guy who won my bracelet giveaway!  What are the chances of that!

Now… off to the next festival! 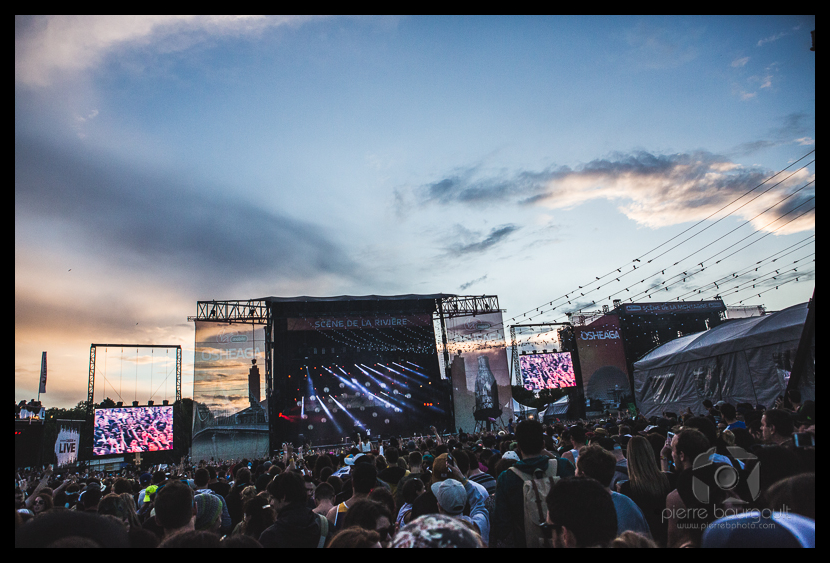