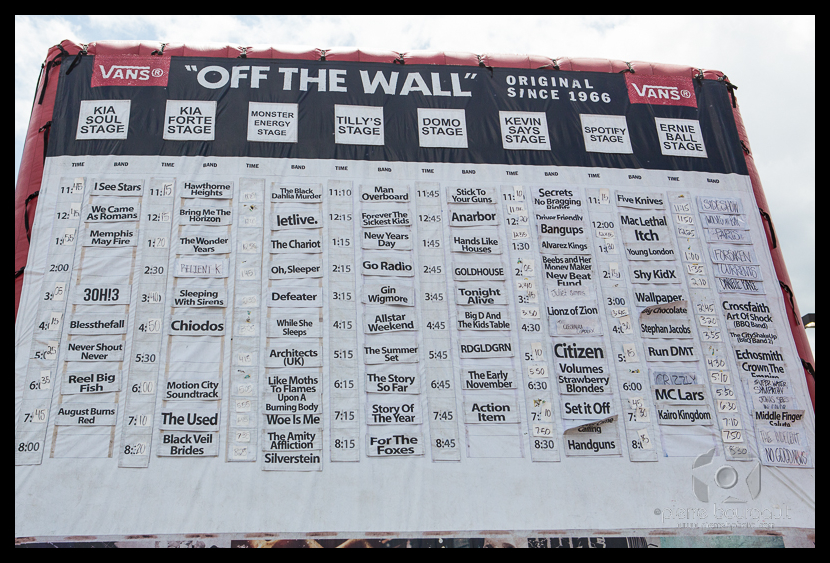 Before I get into anything about the actual shows, I need to give a HUGE thanks to the Pagano family.  These guys are just awesome.  I’ve known Vito for almost 10 years and when he heard that Warped was not coming to Montreal (for the first time in what, 18 years??), he invited me to come crash at his place and we’d head out to go see the tour.  The icing on the cake?  His son, Brandon, plays in a band called Handguns, and was on the Warped tour this year so he’d be able to get me a guest list access.  “All you need is to get your ass down here, we’ll take care of the rest”.  How can you say no to that???

But the Pagano’s family awesomeness goes waaaay further than that.  As their son is pretty involved in the pop punk scene, they take it upon themselves to actually house touring bands in their area.  Yep… open door (well, call ahead), and you get a free place to crash while you are driving through.  They have so much love and empathy for people, it’s amazing.  Hell, they welcomed by Canadian butt with open arms, gave me a place to sleep for a few days, drove me to the show and back again.  What an awesome family, seriously.  The world needs more people like them.

Ok… on to the tour!!  If you have never been to a Warped tour, it’s pretty intense with the amount of bands playing.  Just look at the schedule photo I posted up top!  I typically show up, get a schedule (well, buy a schedule for $2) and map out the bands I want to see / shoot.  This time around, I was just tagging along with Vito and his family.  As Brandon arranged to have this pro photographer a full on press pass, I decided to take it upon myself to make awesome images of the bands that the Pagano family had supported throughout the years.  Helping people help people kind of thing.  I did go off on my own a few times and shoot bands that I did want to see 😉

A little bit about the pop punk scene.  It’s a younger crowd for sure.  When I tell people that I love going to Vans, I usually get a response like “Oh, I used to do that when I was younger”.  But for me, there is something awesome about seeing all these kids (and yes, I’m old enough I can call most of them kids) with so much energy, passion and love for their music.  Warped for me was always Blink 182, Agnostic Front, Anti Flag, Bouncing Souls, NOFX, Rancid… I could go on.  But even with the new crop of more pop orientated punk, the spirit of the festival lives on in the bands and the fans.  When you are a late teen / early 20, the world is open to you, you are more carefree and just out there having fun.  That’s the stuff I love.  And if you are thinking you are too old to enjoy this, well, sucks to be you!

So I’m breaking down my Warped photo posts in 4-5 posts.  This first one has a bunch of bands that I checked out and had no idea who they were.  Some were amazing on stage, some were fun to listen to.  I was bouncing around from stage to stage so didn’t always stay past 2-3 songs.  Always another show going on somewhere you want to check out. 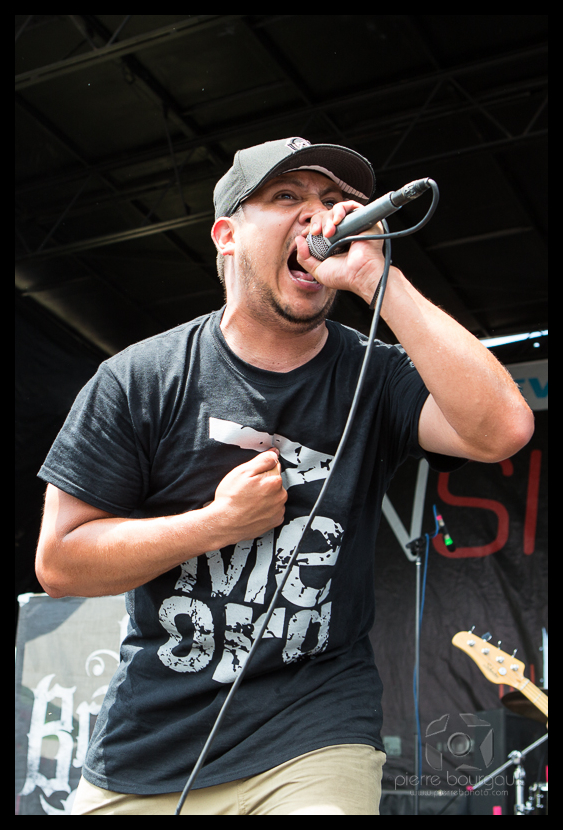 This was the first band I shot on the Kevin Says stage.  As with most shows, the first one is usually a warm up for the photographer, hence the reason I love shooting openers.  More of a hardcore punk band, they had their fans going in the pit and even spoke a few words  about keeping the peace and living life.  Great way to break off some shooting rush. 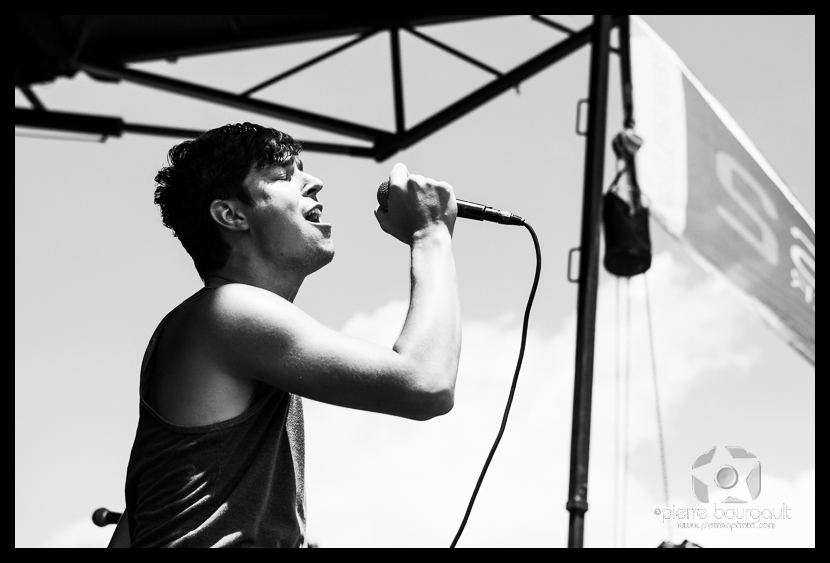 Still on the Kevin Says stage, Driver Friendly was up next so I stuck around for their set.  More of a rock group, coming from Texas, they put on a fun show.  The lead singer Tyler is a pretty fun front man to shoot, lots of expressions and movement!  And I’m always a sucker for horns in any band! 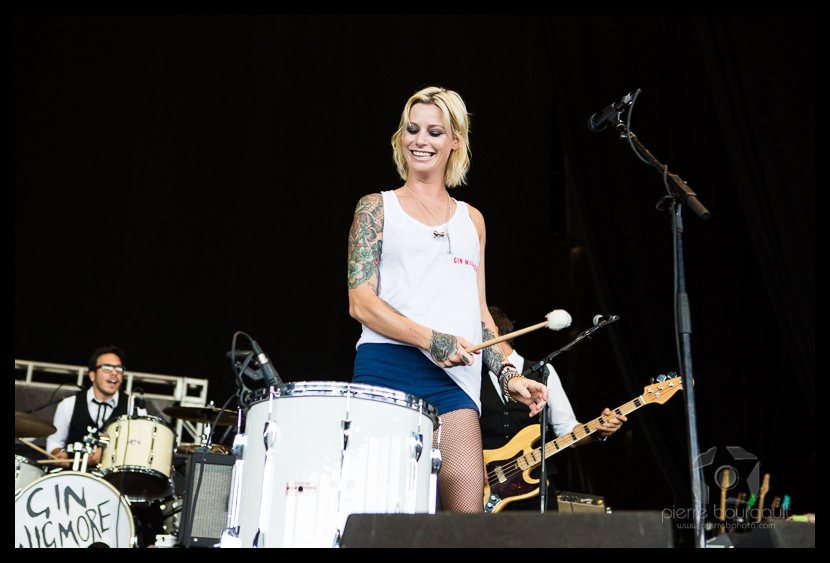 After shooting a few bands on the main stages (saving them for another post), I headed into the amphitheatre where they had the Tilly and Domo stages.  It was 43c outside (something like 109 F) so getting in the shaded area was totally welcome.  I stayed for two bands, the first being Gin Wigmore.  She is from New Zealand (and man I love that accent) and plays a type of folky, alternative blues inspired music.  Hard to put my finger on it.  Had a good mix of instruments.  I arrived a bit late, so I was limited in my shooting.  And really, I was just focused on sitting down in the shade for a bit. 😉 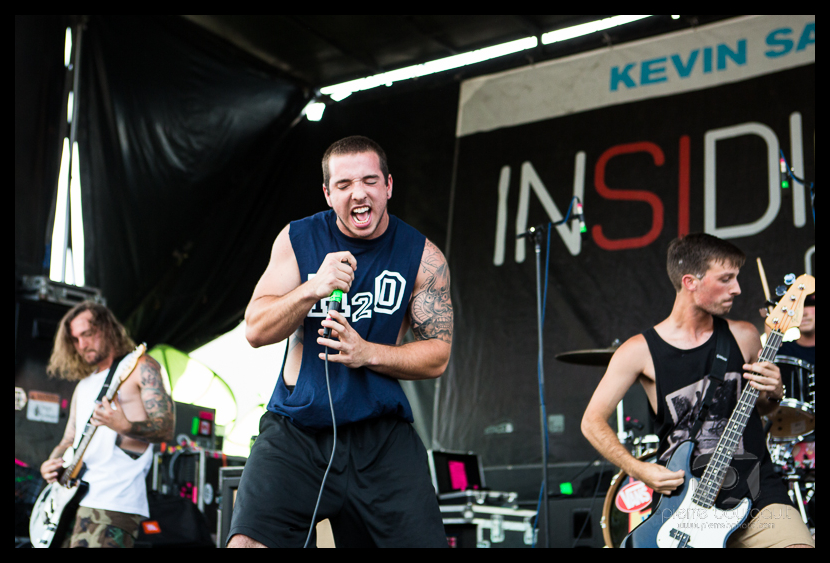 Vito mentioned I should check out Citizen.  So after chilling out a bit in the shade, I headed back to the Kevin Says stage for their set. Not too sure how I would classify their music (I hate putting labels on things), but something like melodic hardcore.  I really loved their set.  Love it when singers have such emotion in their face when they sing…. although I wish some would not eat the mic so much so I can get more shots without the mic covering their face 😉 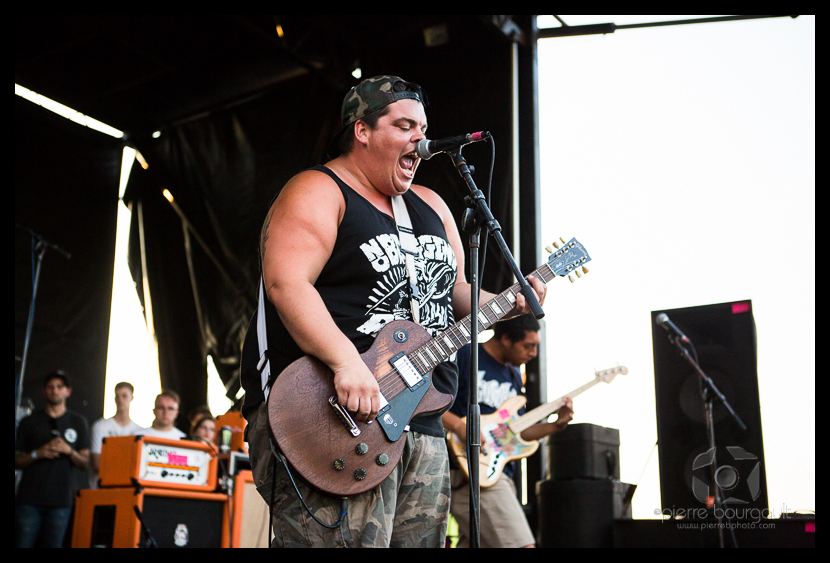 After Citizen, I headed back to the main stages for Reel Big Fish, The Used and Motion City Soundtrack.  I would of stuck around for August Burns Red, but had a little…uh… incident where powder dye was thrown on me and covered my gear… had to get that shit cleaned.  Well, this meant that I headed back to Kevin Says, not wanting to miss the Handguns set, and arrived in time to get a few shots of Forever Came Calling with their pop punk sound.  They are fairly new, I believe their first album released in 2012, but have been together for 6-7 years.

Here is the full gallery of all images of these bands 🙂  Gallery has 80 or so images, I got a bit shoot happy for a few of them 😉