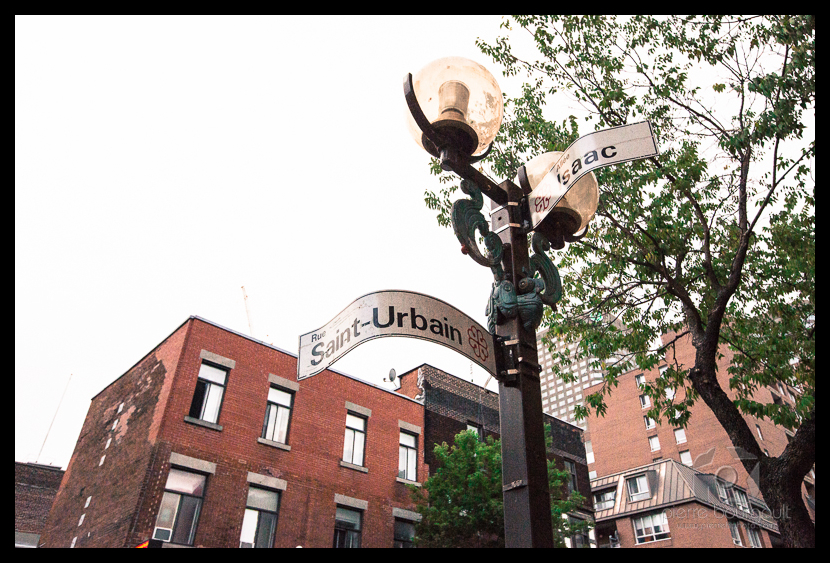 It’s summer.  I have 5 days off between festival shooting.  I did some work on marketing, logo, billing and all that fun stuff, but figured I’d head on out for a day of photo walking with a friend.  I was totally prepped for rain.  Had my rain jacket, camera cover and all that wonderful stuff.  It had been raining like crazy the days before, so figured I’d try and get some funky shots when most people like to hide their cameras.

But…alas…no rain.  My friend was telling me about his recent trip to Toronto to meet Eric Kim, a renown street photographer.  It inspire me to try and shoot closer to people, even get some people looking into my lens and then work with the situation.  I love social interactions and dealing with people.  One of the few classes I passed in CEGEP before I failed out entirely was sociology.  So I’m going to start doing more of that, but let’s just say that it is pretty damn nerve racking doing it and I end up chickening out more than actually shooting.

Our walk actually had us go through downtown Montreal, the Old Port, Chinatown and back again into downtown.  A good 4 hours of walking.  I’ll post the other images up later.

The cover image gave me the impression that the city was hiring Dali inspired designers for the look of their street signs!

Does it look nice? 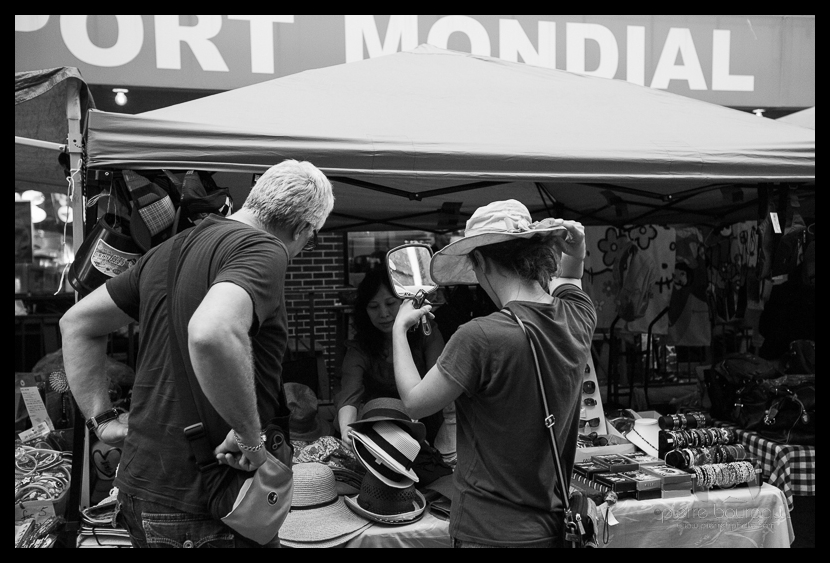 We had no idea there was a street sidewalk sale going on!  The person below I was trying so hard to get her reflection in the mirror.  But figured the only way I could would be to shoot over her shoulder, and that would be a little too in her personal bubble lol. 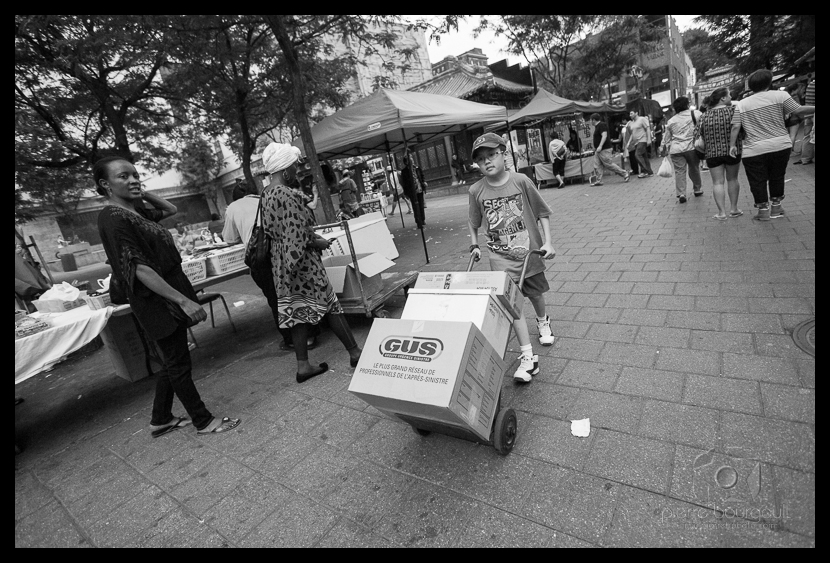 I could say a joke with child labour in Chinatown…but i won’t. 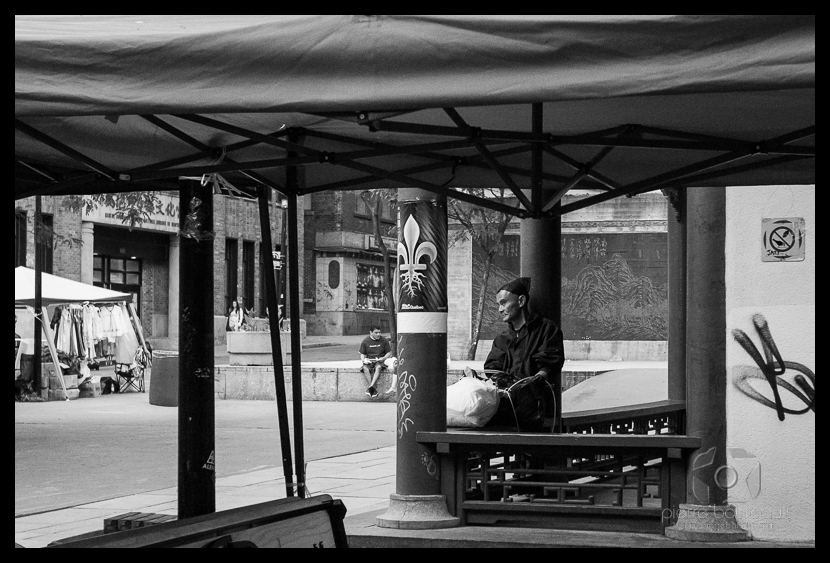 While some shots are fun to try and get from up close, I’m still a shooter who likes having my subject in their environment, and building a shot with lines and details that compliment the subject.  Hence this one above.   Might of been fun getting in even closer, but I was shooting through a merchant’s stall. 🙂 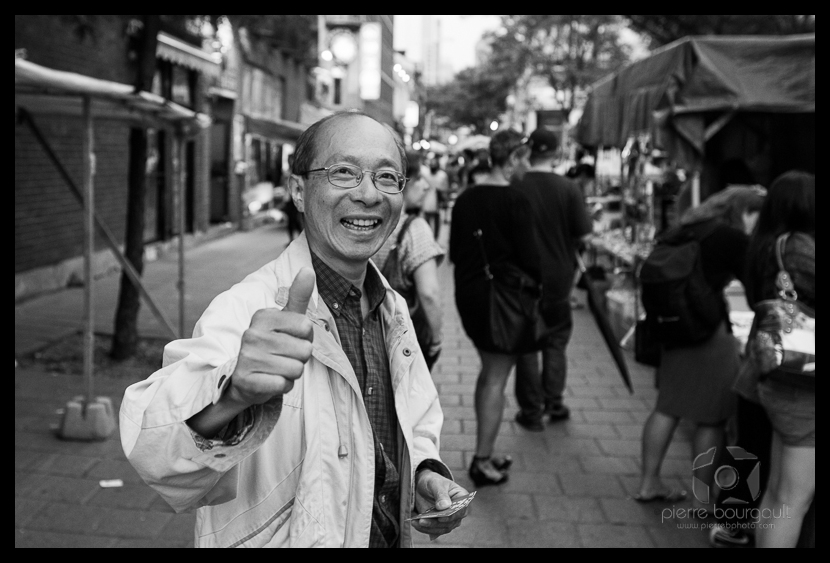 This guy made my daily challenge of getting a person to pose for me pretty damn easy. 🙂 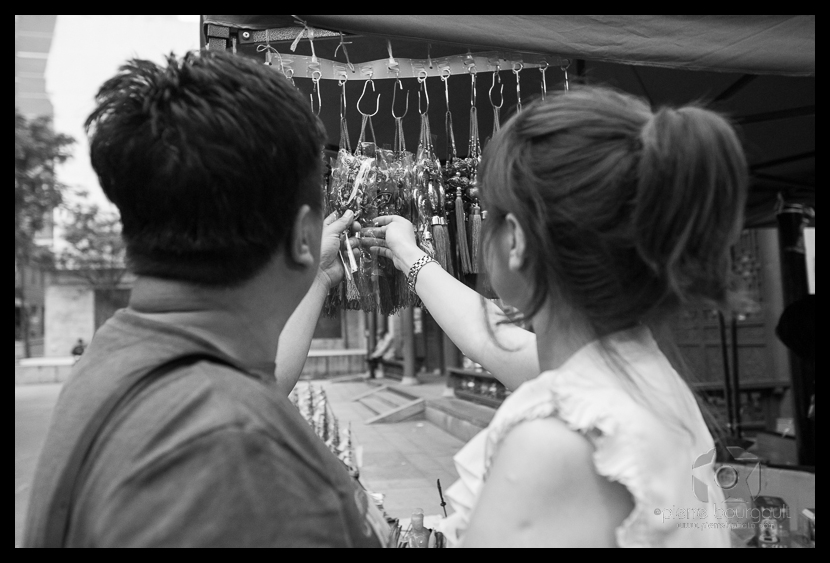 Fun photo to take, right behind the people.  Thank god for silent shutters. 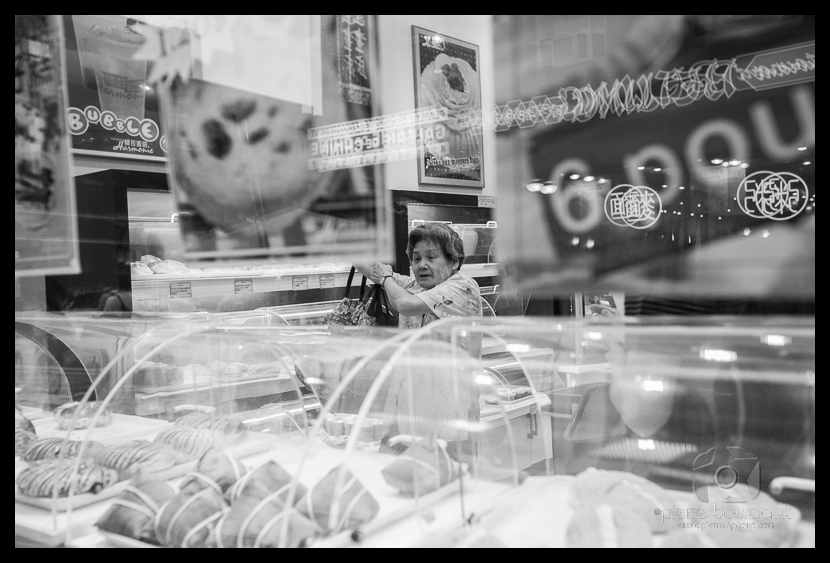 Some images are gone in an instant.  I was trying to make my way closer in (I’m shooting with a pretty wide lens), but lifted my camera to snap this one… a half a step later, she turned around and was gone. 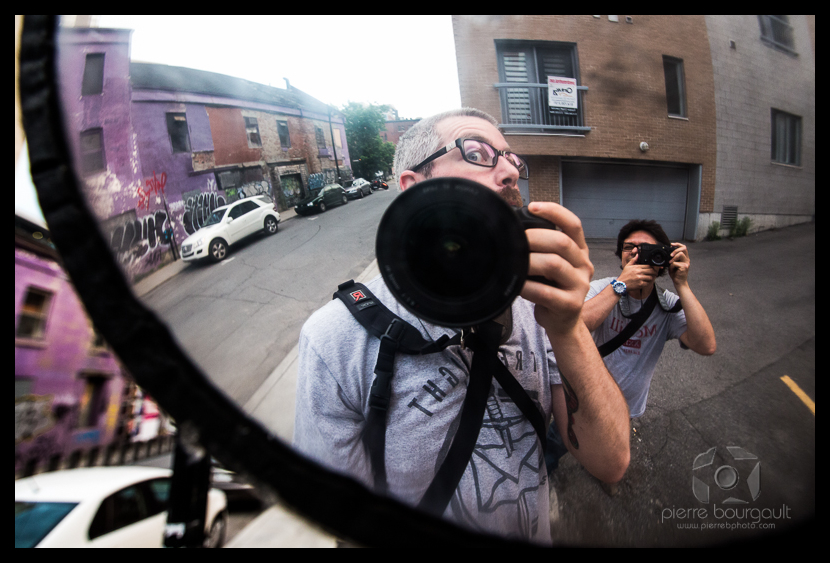 Those who know me or have seen some other of my urban walk write ups know that I have a love affaire for selfies in reflective objects (just like my love affair for shoes during concerts!).  This one turned out cool as my friend in the back took the same picture at the same time to give a kind of making of photo.  I was hanging off the little concrete step, holding on the pole with one hand, trying to focus on my head and not my camera, all while not looking into the viewfinder.  Seriously, I should be in a circus. 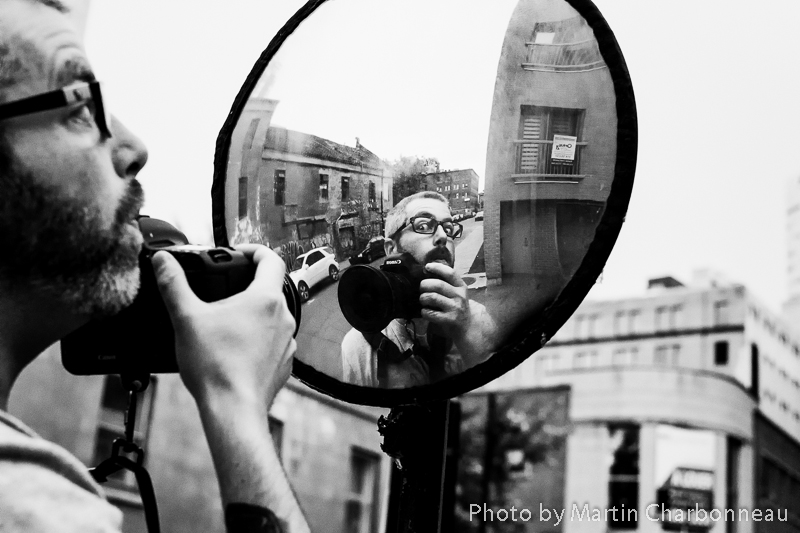 The bummer about chinatown is that it is so small here in Montreal, a few blocks on a street is pretty much what you get.  I love the colours, the people, the shops, the streets… I just wish we had more of it! 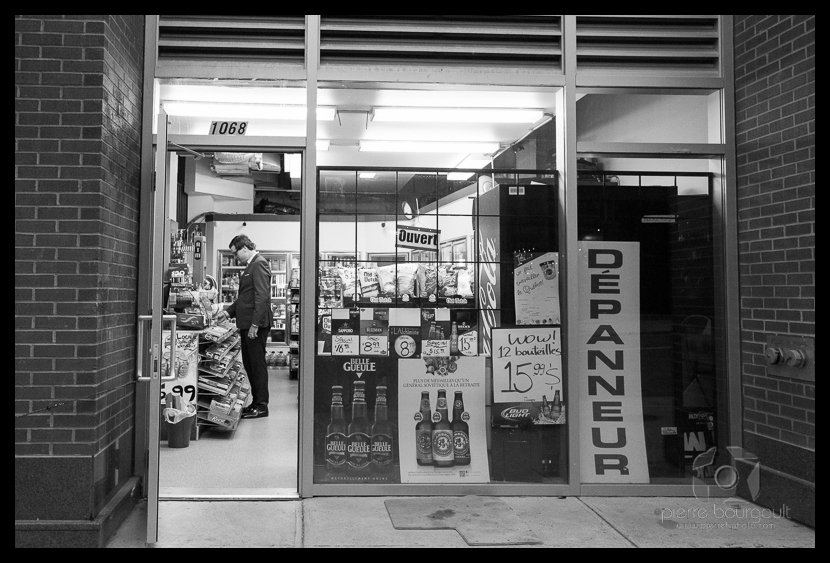 Love slice of life photos like this.  Not sure what he was buying, but he was nicely positioned right in the door. 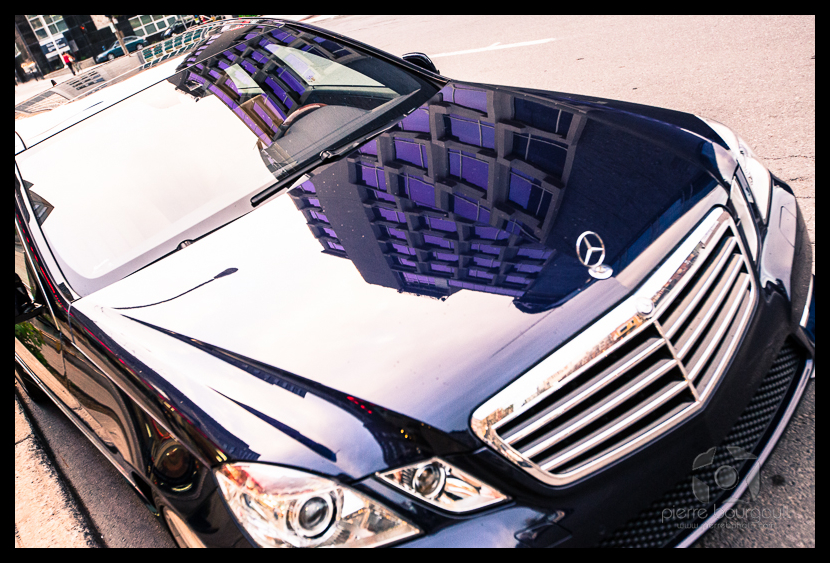 The sky was gorgeous, but the area that we were in didnt have many buildings to help compliment that.  So instead of looking up to shoot the sky, I looked down!  And saw this nice reflection of the building with the purple hue right in the hood of the car!

That was the end of it (at least for the photos).  Thanks for checking them out.  More to come for sure!