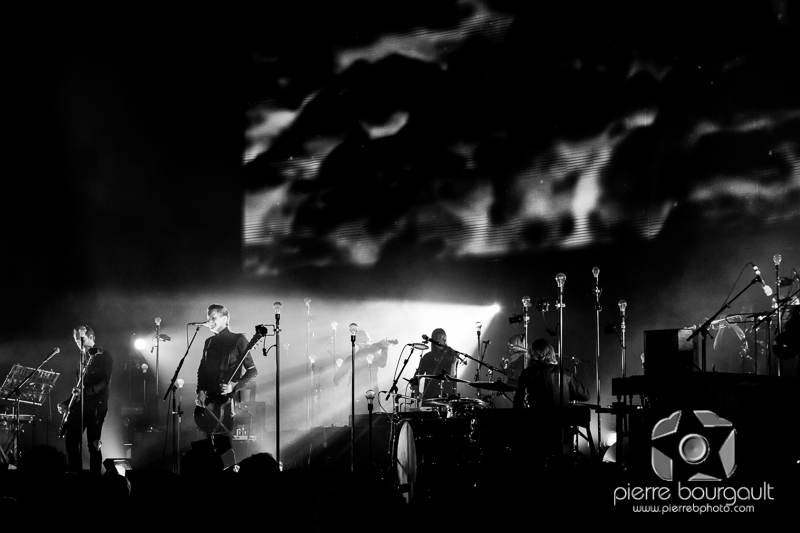 Sigur Ros and their 2013 tour stopped at the Montreal Bell Centre on March 27th and I was happy as a pig in poop to be able to shoot these Icelandic post-rockers and their awesome stage setup.  In my opinion, their show is best seen from afar, not up close.  The stage is so amazingly setup, with projections, lights and the whole 9 yards, that in order to soak it all in, you need to be a bit further back.

The show started with 3 giant curtains covering the front and sides of the stage, making a kind of projection cube.  And the curtains stayed up for about 2 and a half songs, giving the fans some funky projections while the band played behind it.  And then half way through the second song, down it came, revealing a pretty packed stage.  They aren’t the most mobile performers, preferring to stand in place and just let the music and lights do the talking for them.

Photography wise, we were accredited to shoot Sigur Ros’ songs 4 and 5.  Thank god, as shooting a giant projection curtain can be a bit lame.  Stage access wasn’t the best.  There was a pit, but it was REALLY close to the stage and we were only allowed in deep about 10 feet, which is not much and pretty off to the side.  We were 11 photographers in total, split 5 on one side 6 on the other.  We also had the choice of shooting a bit further back and to the side, where the penalty box is.  It is a step up from the crowd, so we could shoot over their heads.  Not too bad, although I would of loved from middle access.  Can’t get it all!  I did half a song in the penalty box, the other half of #4 and first half of #5 in the “pit” and then back to the box for the last parts of song #5.  It is always a gamble when you decide to move like this.  Not only do you waste time in moving, but some times the dice roll against you and you get the best light when you are not there.

The lights were very contrasty, mostly from the side, so getting full face shots was a bit difficult.  As was shooting through the 30 or so light bulbs they had on the stage.  Again, it is all about the fans and their experience, we photographers make due with what we have.

All in all, I preferred shooting Sigur Ros at Osheaga last August as we had full pit access and the stage was a bit cleaner.  Although you will never get a band’s full show experience in a reduced outdoor festival.  And this band is all about the experience.  But it was a great show for the 6000 fans in attendance. 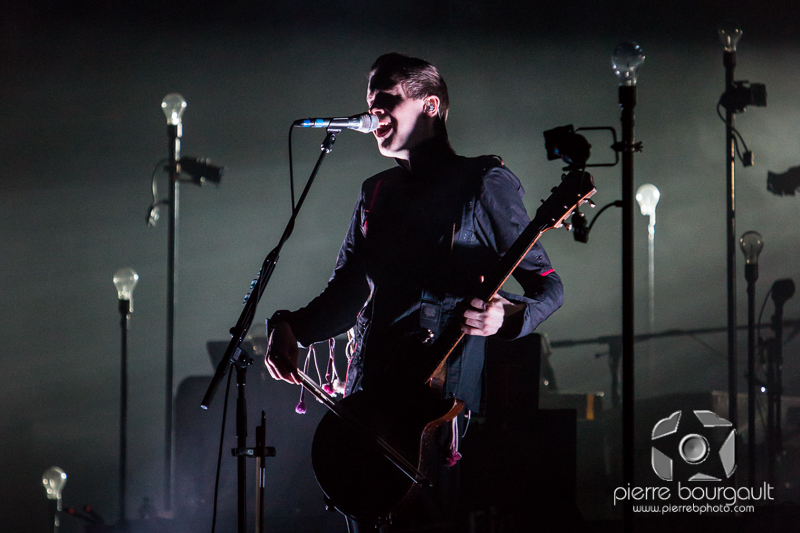 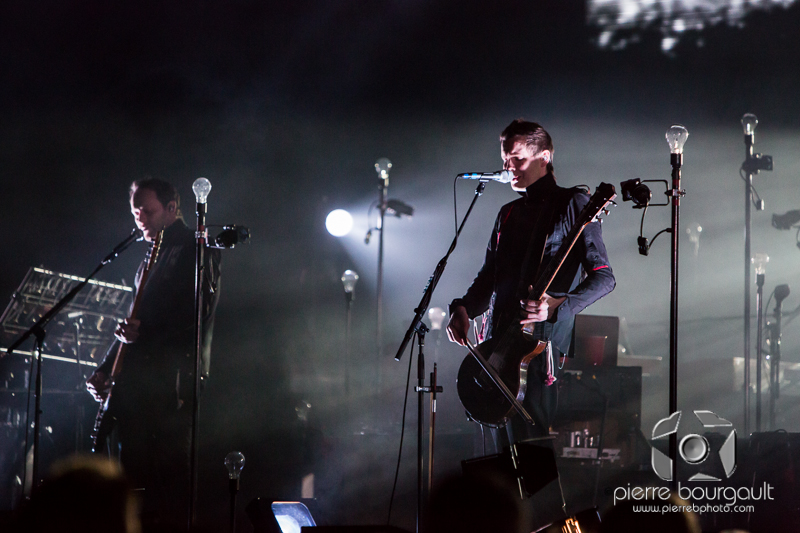 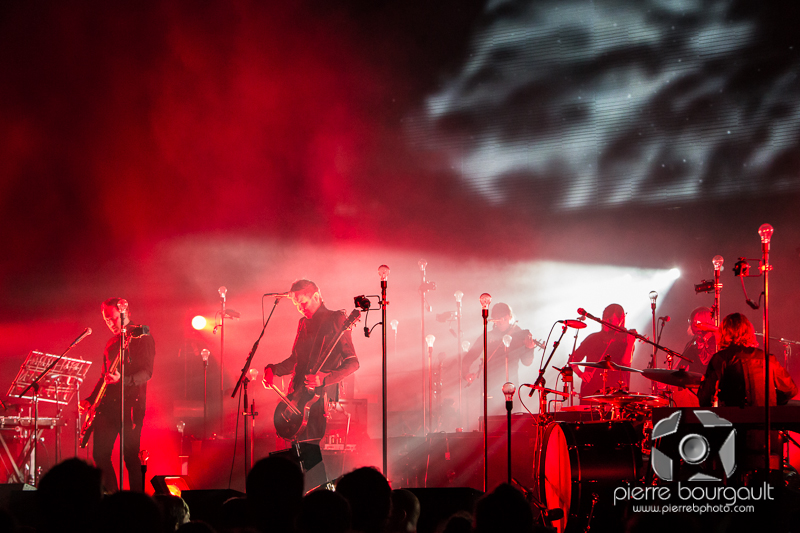 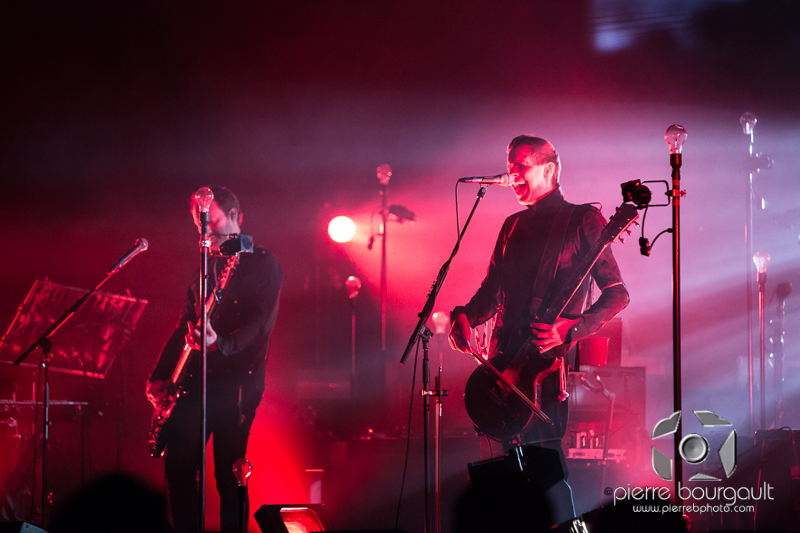 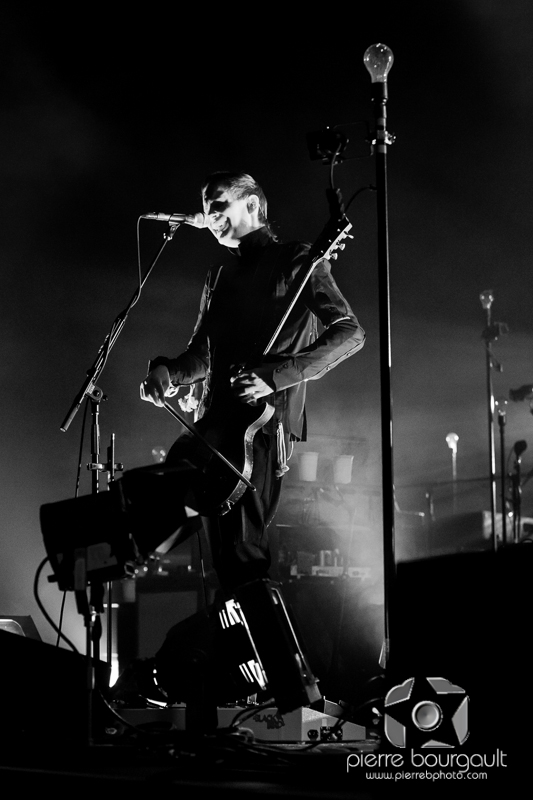 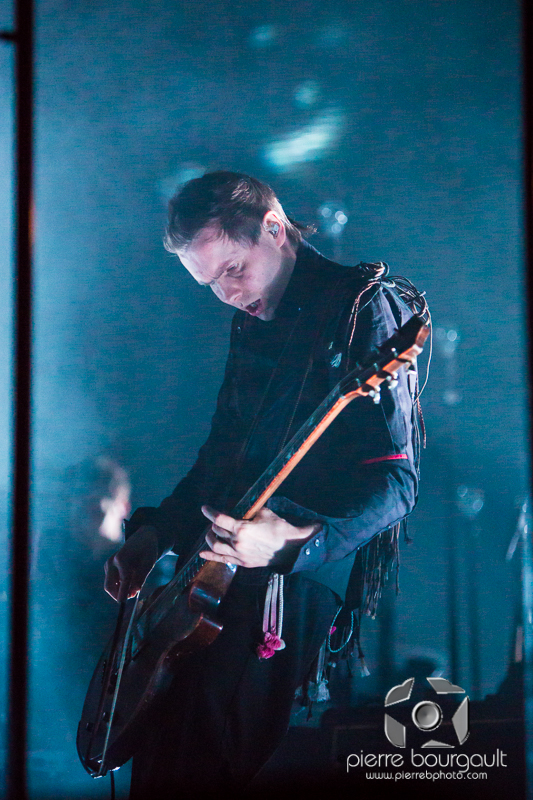 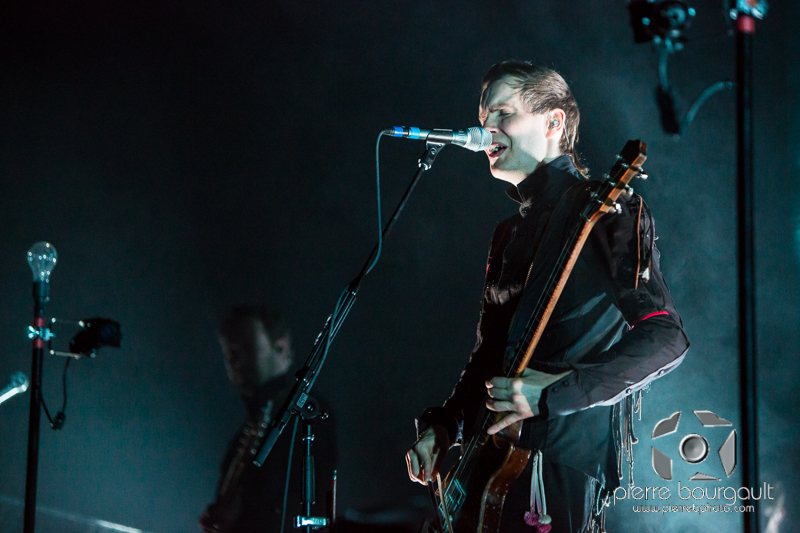 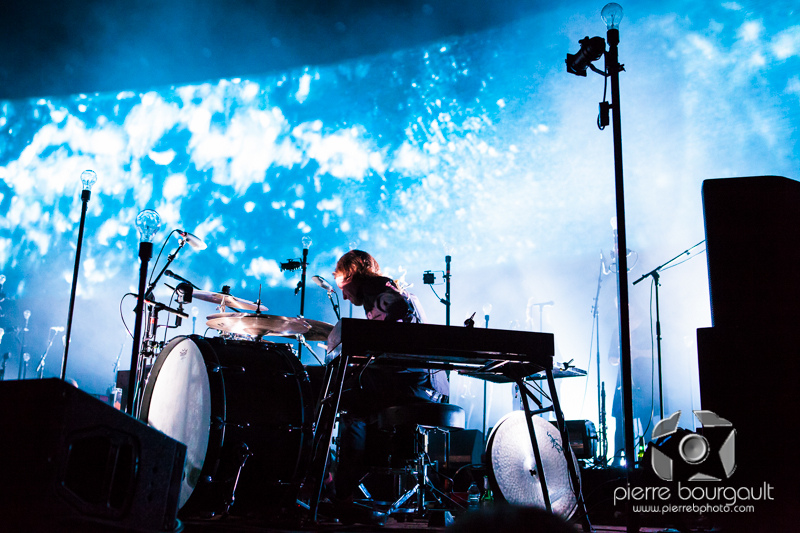 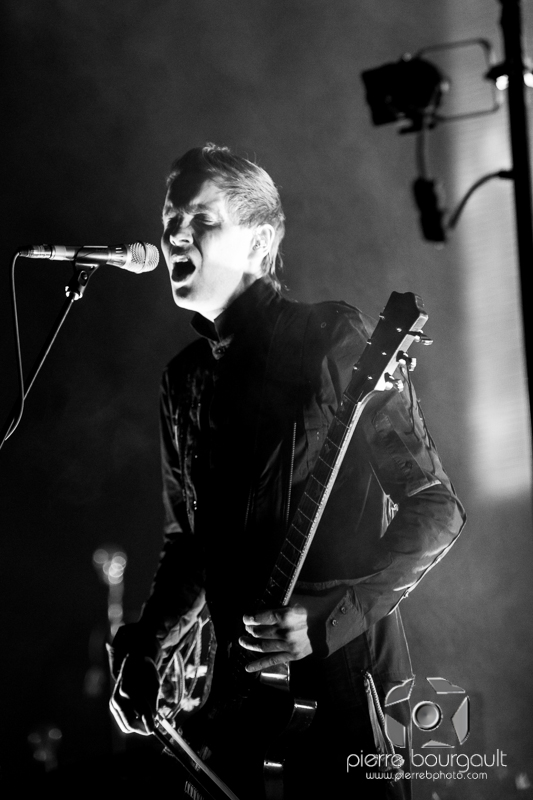 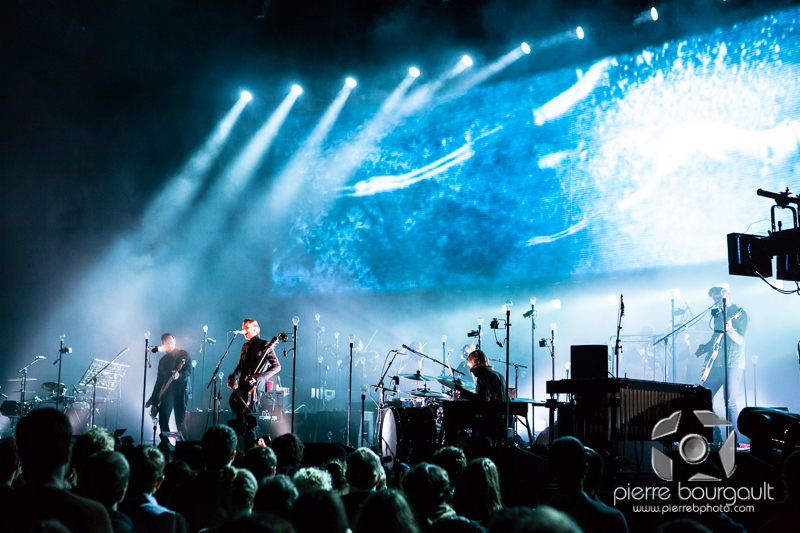 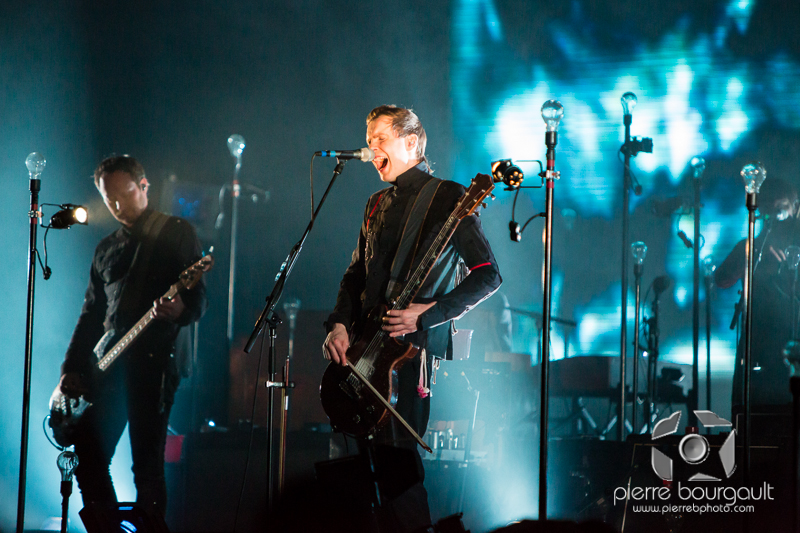 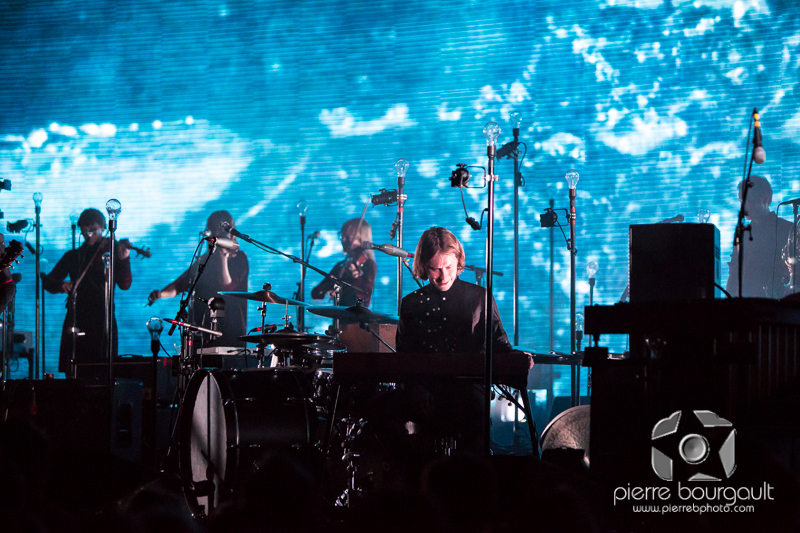