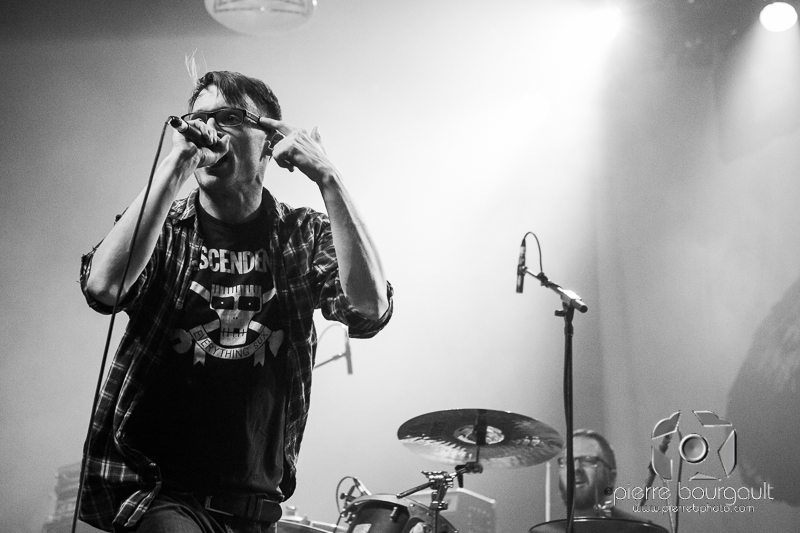 Polar Bear Club, one of my favorite punk bands to shoot live (some call them punk rock, some say post hardcore… they are just labels.. 🙂 ), was opening up for The Bronx and Bad Religion a few weeks ago at Montreal’s Metropolis.  So far, one of my favorite sets of images from 2013!

They were one of three bands on the bill that night, and the only bad part of the show was that they were the first band, and therefore had the shortest set list.  I shot them for the first time at last year’s Vans Warped Tour and saw them again live at the Foufs a few months ago.  And yes, I’ll be there again when they come back.

Our of the three bands, they had by far the best stage light.  Which is essential as Jimmy Stadt is a beast on stage.  You want jump shots?  He’ll give you jump shots.  You want energy?  The band delivers.

The pit wasn’t too full for their set, as it rarely is for the first of three bands.  But those of us in the pit definitely got the chance to test out shooting skills.

I used a 24-70mm lens for the majority of the shots.  Actually, I believe all the shots posted below were with the 24-70mm, and rarely going longer than 50mm.  Even though I had a 70-200mm on a second body, it is hard to capture an epic shot at 200mm in a pit with a band that moves like Polar Bear Club does.

Knowing how they are, I ensured that I kept a fast shutter speed throughout their set.  Usually around 1/500, sometimes dipping down to 1/125 and a few times actually going up to 1/1000 as the lights would sometimes just blast.  You need that fast shutter if you want to properly freeze the action in mid air. 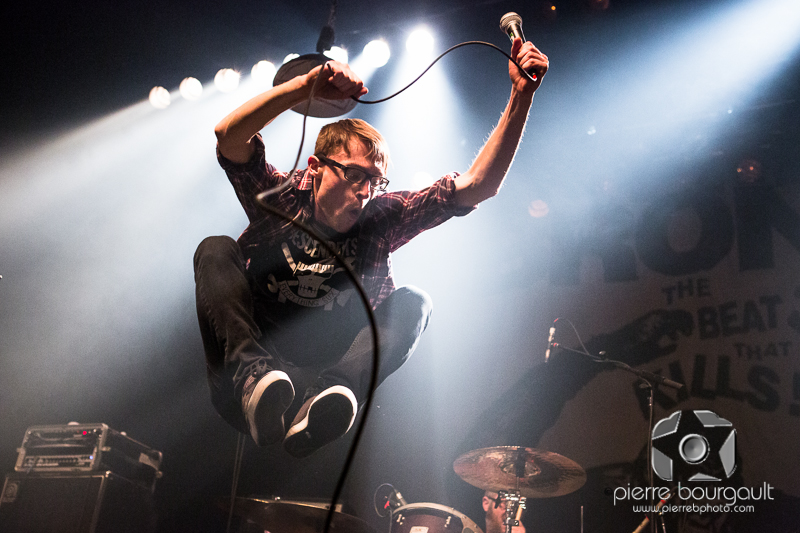 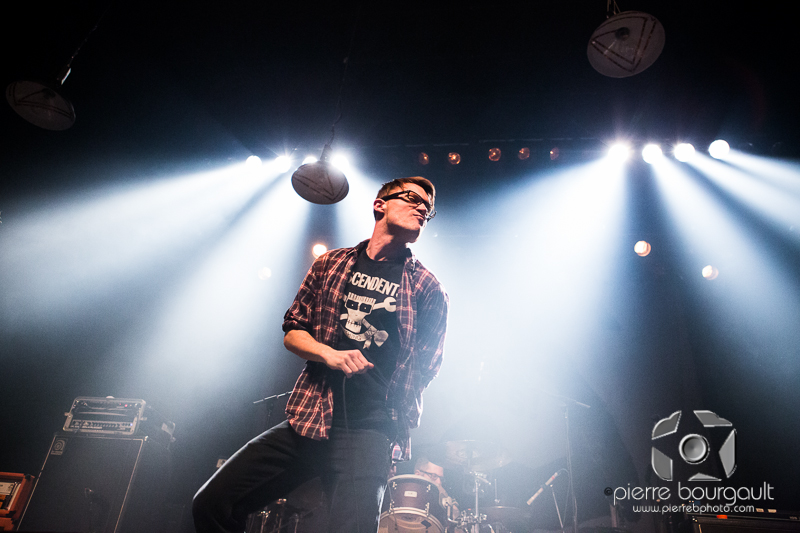 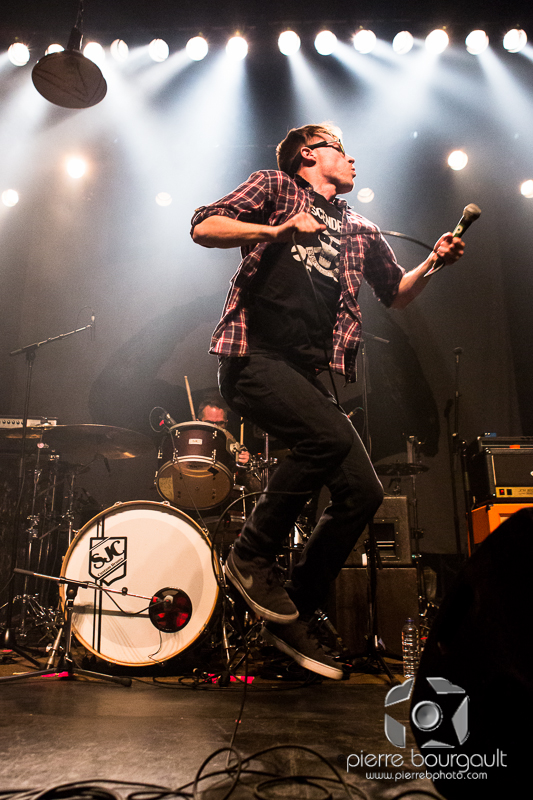 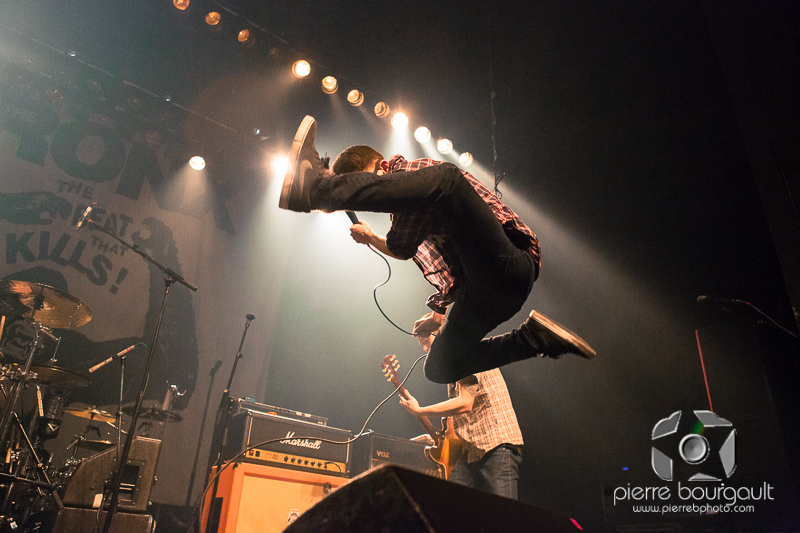 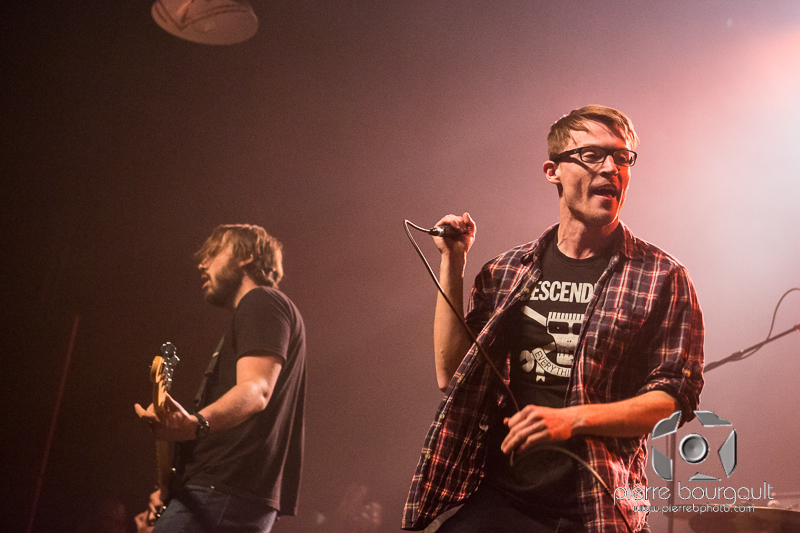 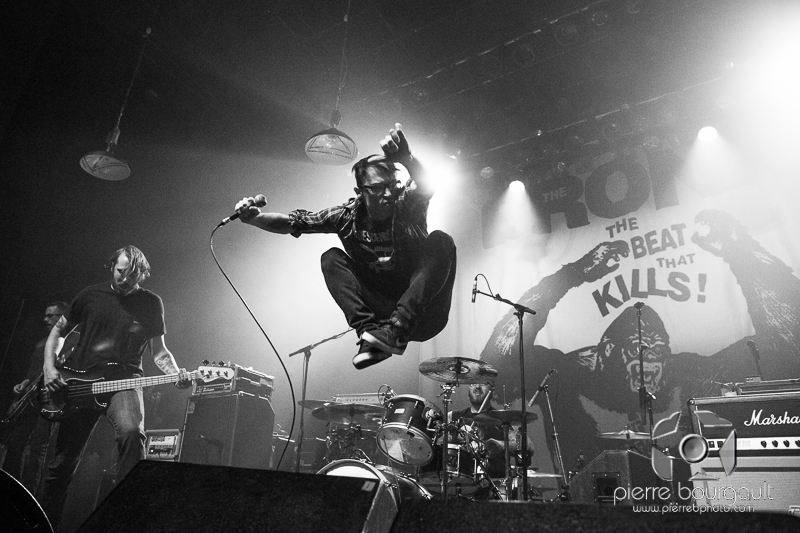 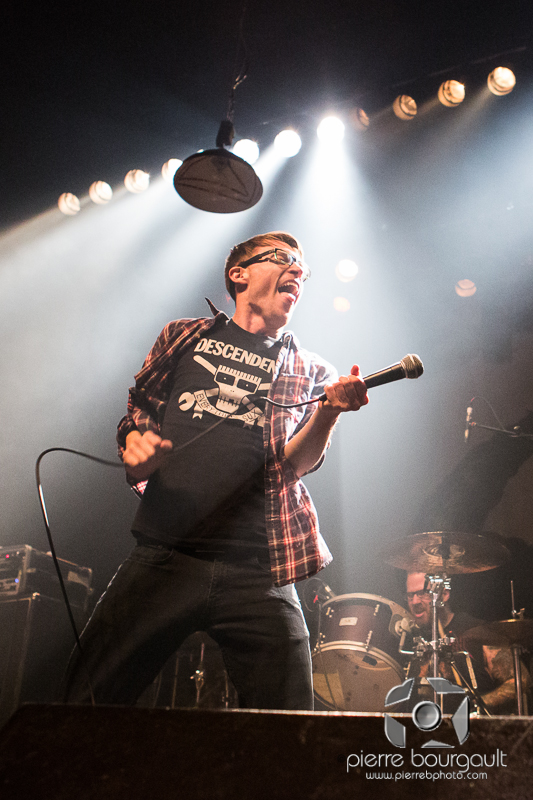 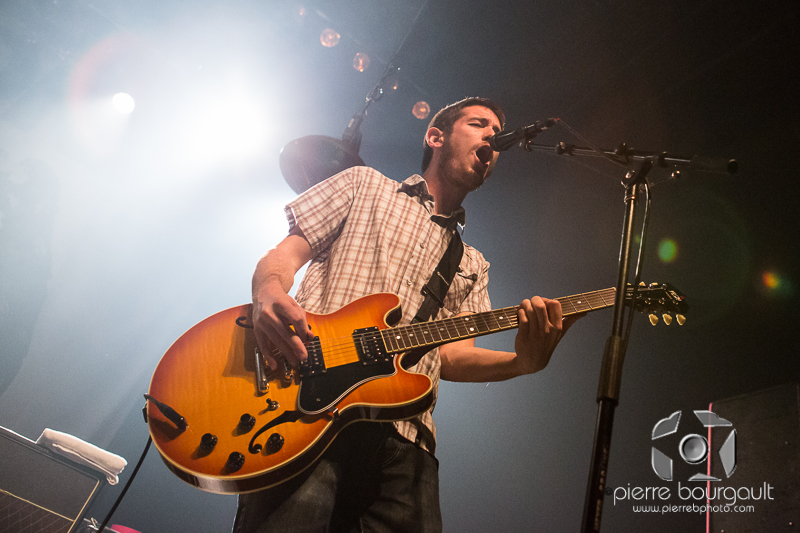 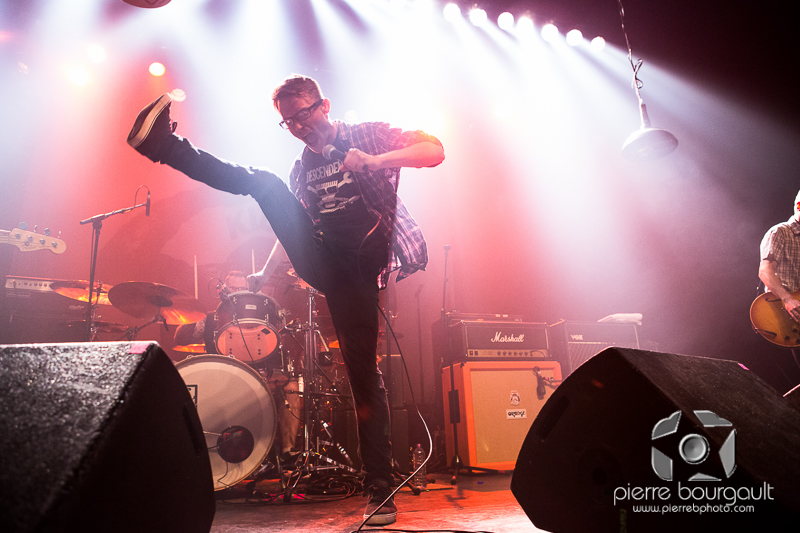 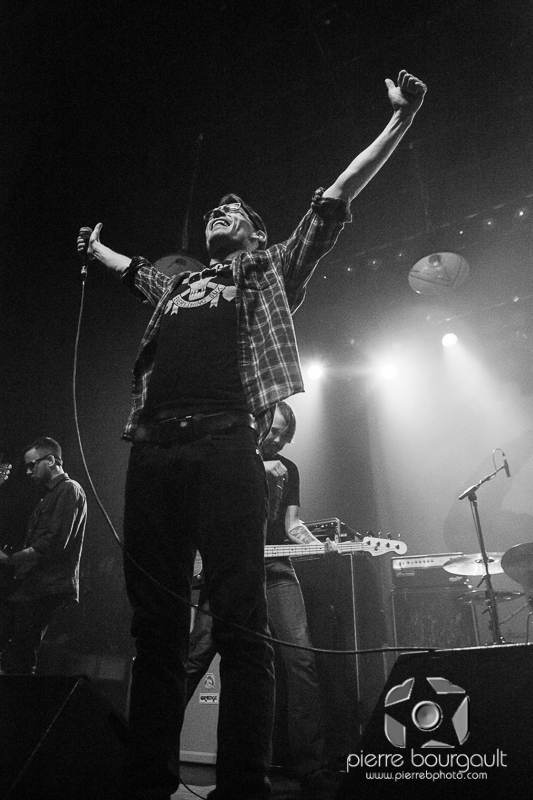 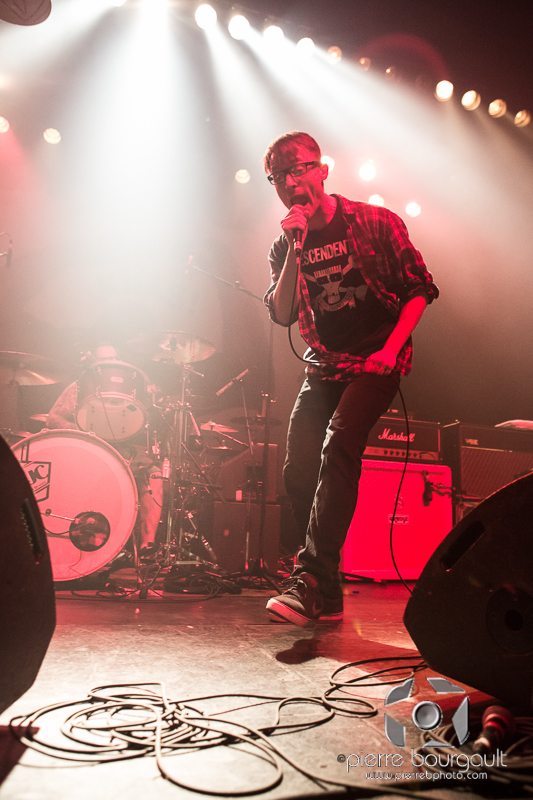 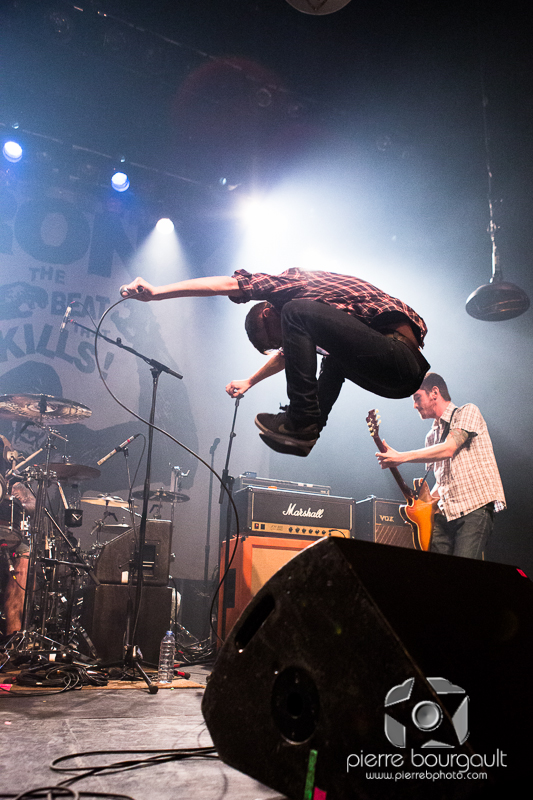 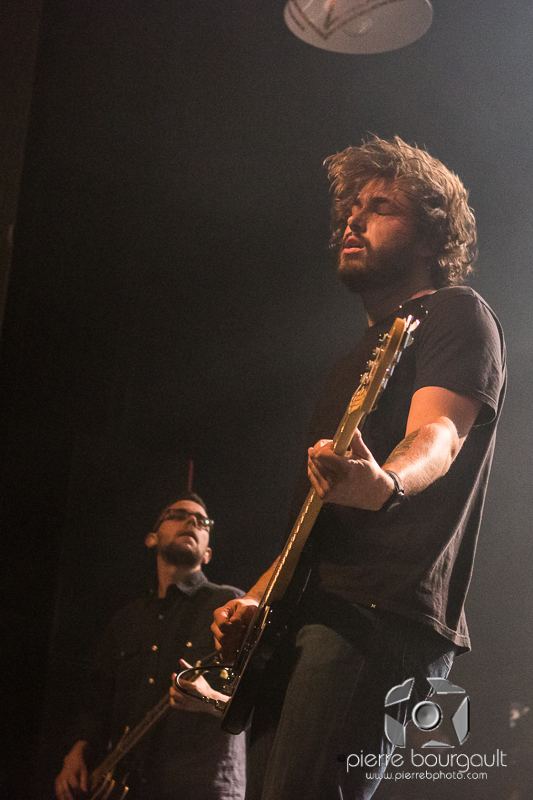 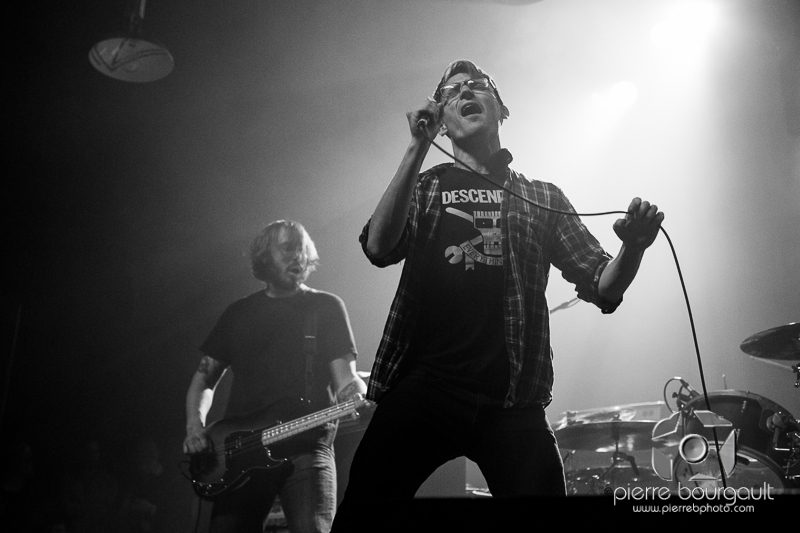 If you want to check out more images and a review of the show (well, mostly of Bad Religion), check out Cornershop Studios!

And if you want to keep up with my day to days in the music photography world, make sure you follow me on Facebook ! 🙂