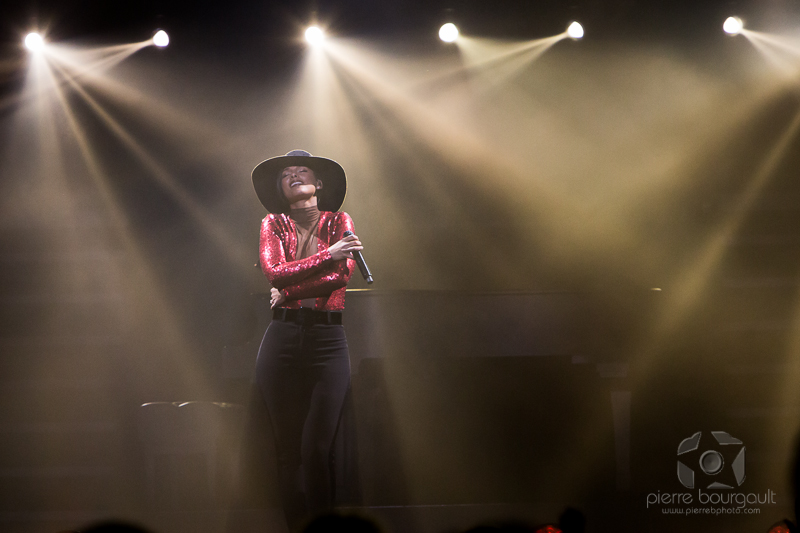 April 3rd was the Montreal stop for the Alicia Keys‘ Set the World on Fire tour.  Shooting pop singers like this is always interesting, but to add a bit of spice to the night, our photo access was only waaaaay back at the soundboard.  Where is the soundboard?  Well, picture a hockey arena… the stage being were one goal is and the soundboard being where the other goal is.  Gives you an idea.  We do the best we have with what we are given.

I did my usual checking prior shots of the Alicia Keys current tour to get an idea of what I was getting into.  She likes to wear a hat on stage.  Most times, a big hat.  Greeeeaaat.  Hide your face why don’t ya.  But she is a performer and seems to really get into her music, which makes for fun shots, even if we rarely get to see her face.  When I saw her tilt her head back in the cover shot above, I knew I had to pull off a great image.  And I’m pretty happy with the results!

Another thing to bring during soundboard shoots… a step!  Can’t bring a ladder, but for $5, you can get a 10 inch step from [insert random local hardware store name here].  So you are slightly higher than the rest of the crowd, but still have to deal with those freakishly tall people.

I had a monopod as well, as holding a 70-200 with attached converter for 3 straight songs can be tiring.  A fellow photographer had a second step, the other being for his monopod.  This was GENIUS!  My monopod is too short when I stand on my step!  So I either had to crouch a little to shoot, or rest the monopod on my foot.  Yeah, not too stable I know.  So on my shopping list… a second step!

I’m pretty happy with my images, even though I didn’t move for the whole time.  Alicia Keys is very graceful when she sings, and has such a killer smile, makes pretty much any image of her nice.  Would love to have a mix of soundboard and pit access next time… a guy can wish, right? 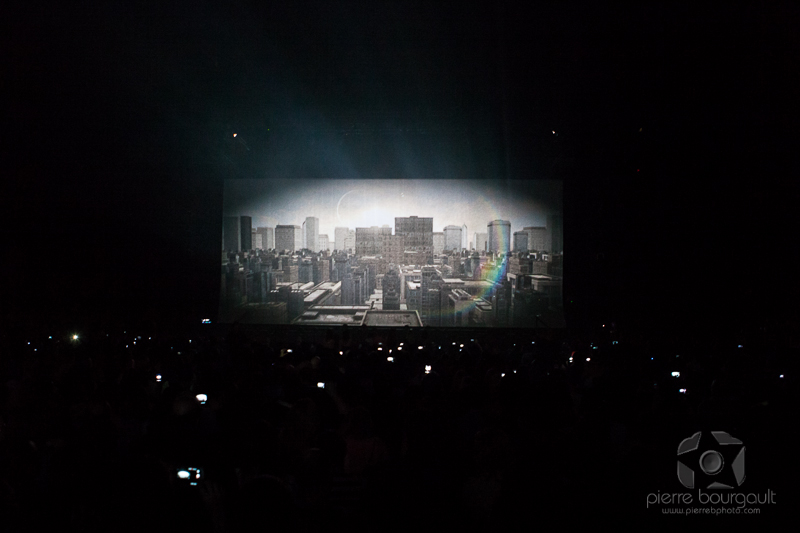 Then she appears behind the screen… pretty cool. 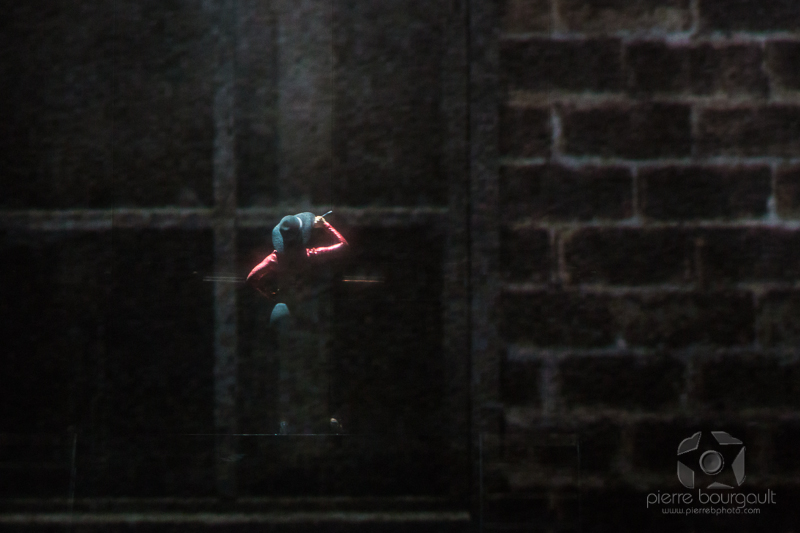 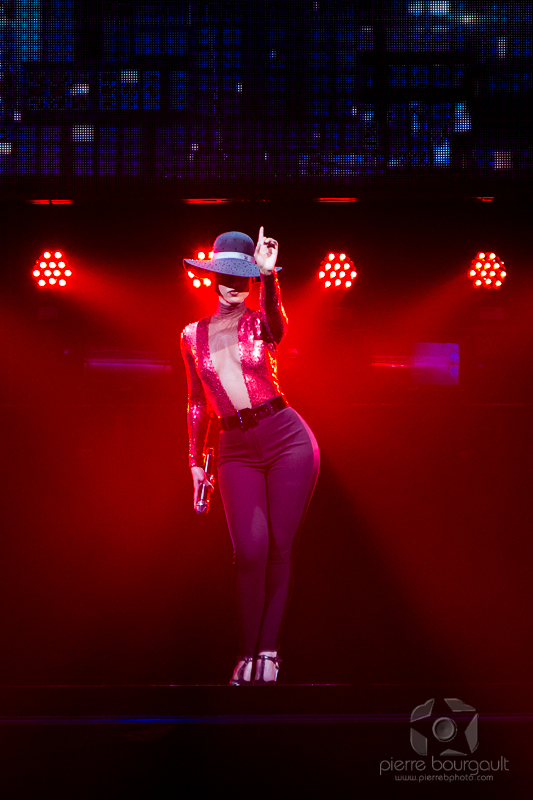 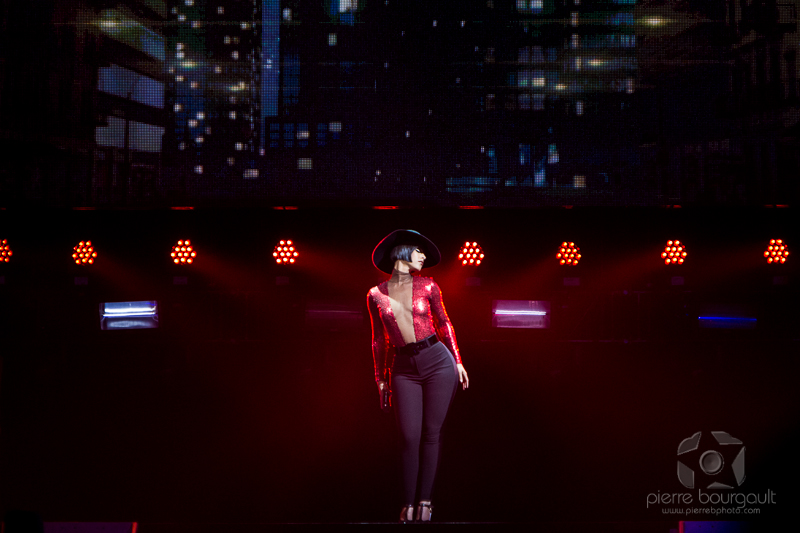 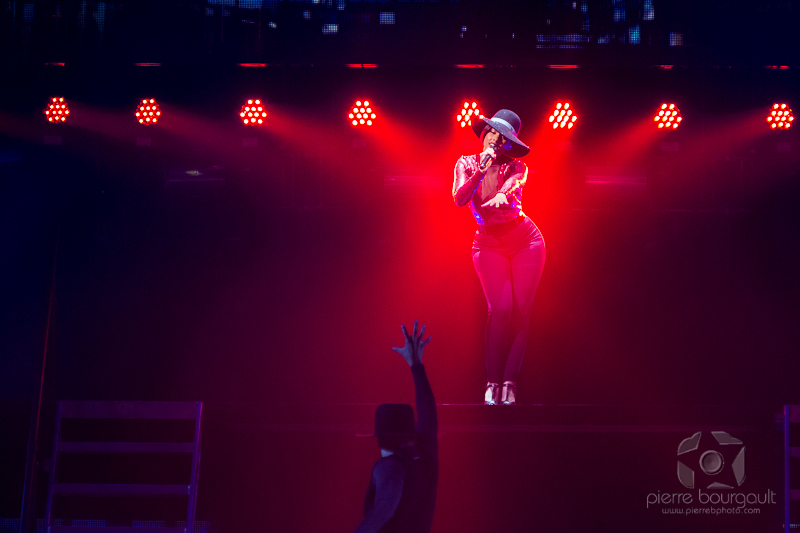 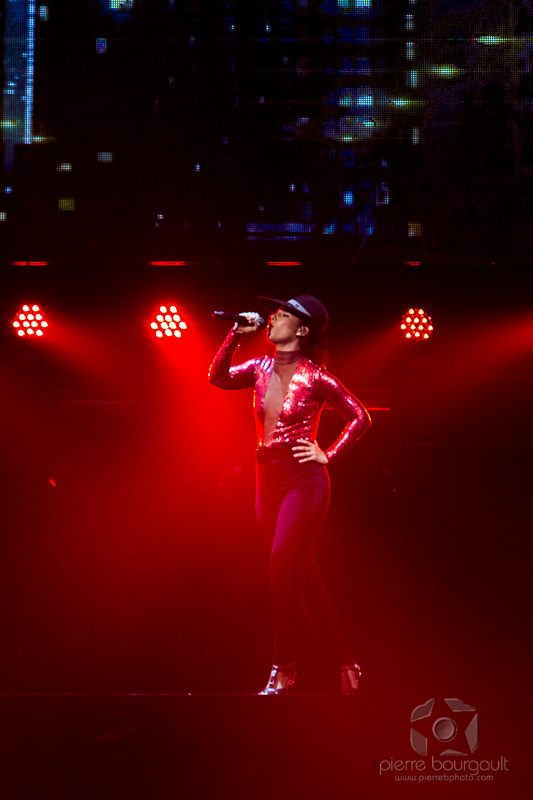 See… I wasn’t kidding….freakishly tall guy in my shots… 😉 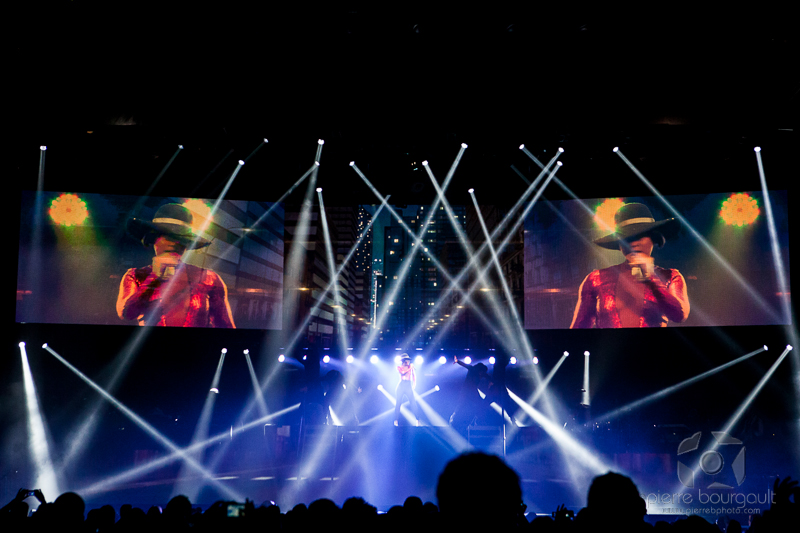 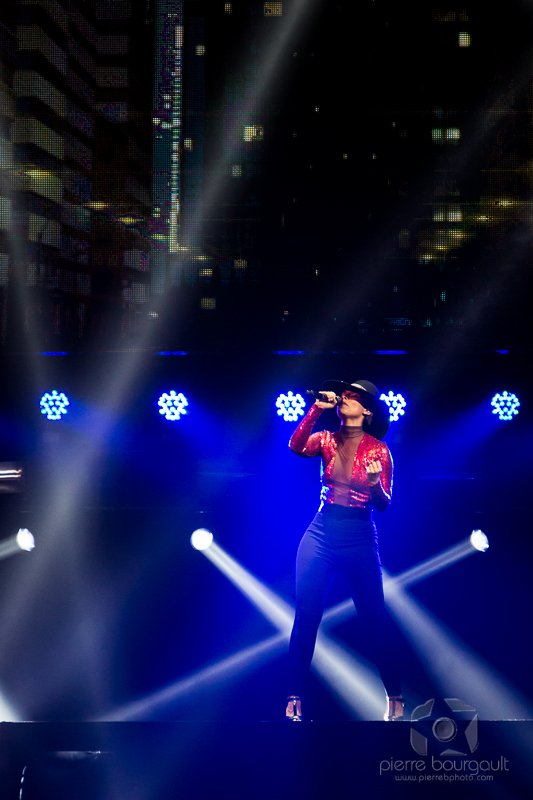 One of my faves 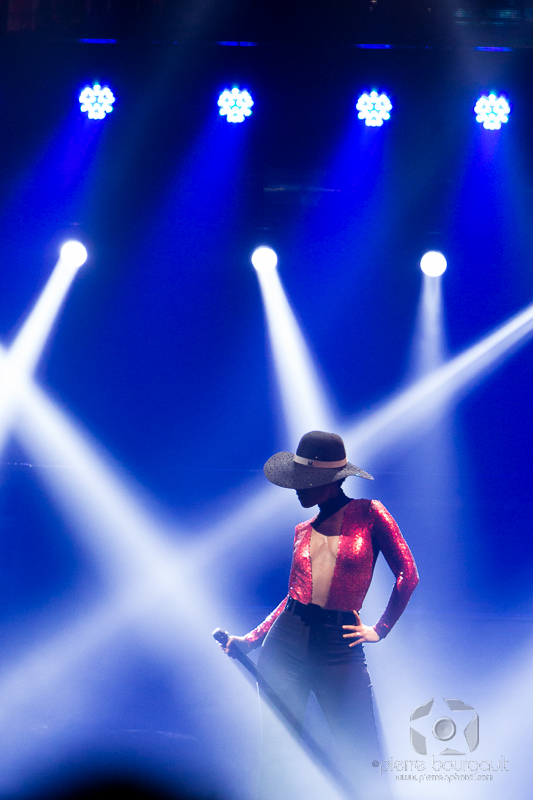 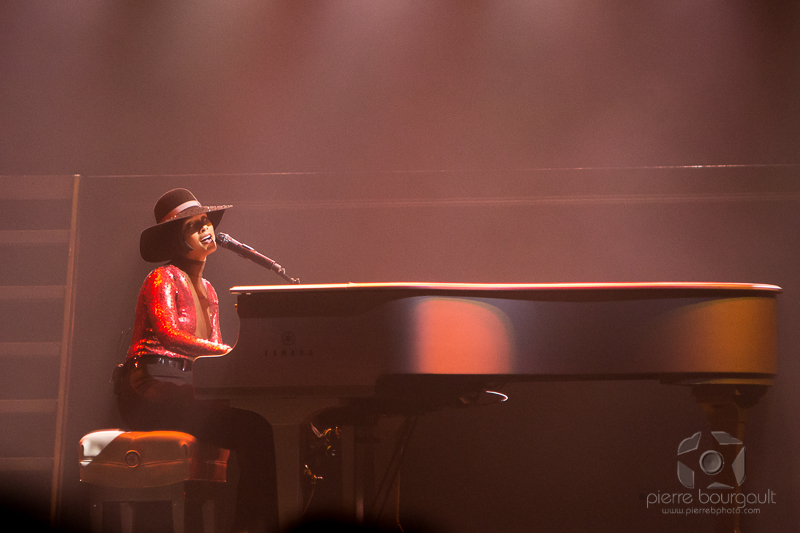 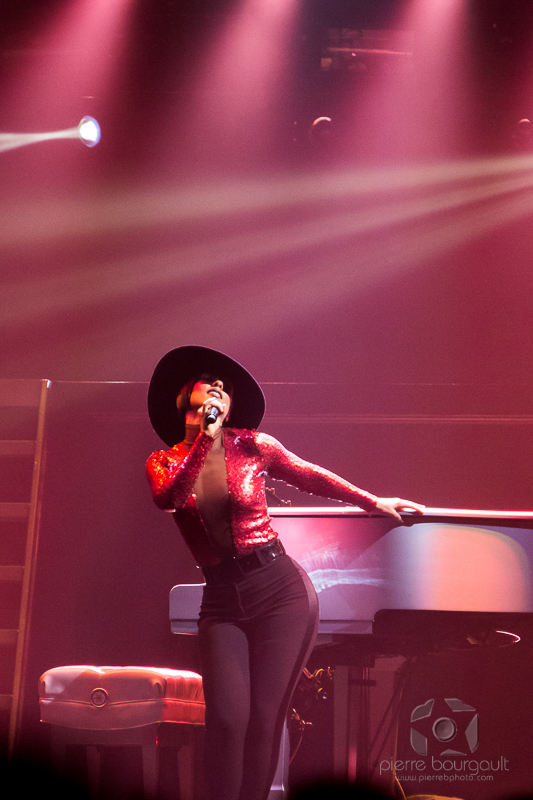 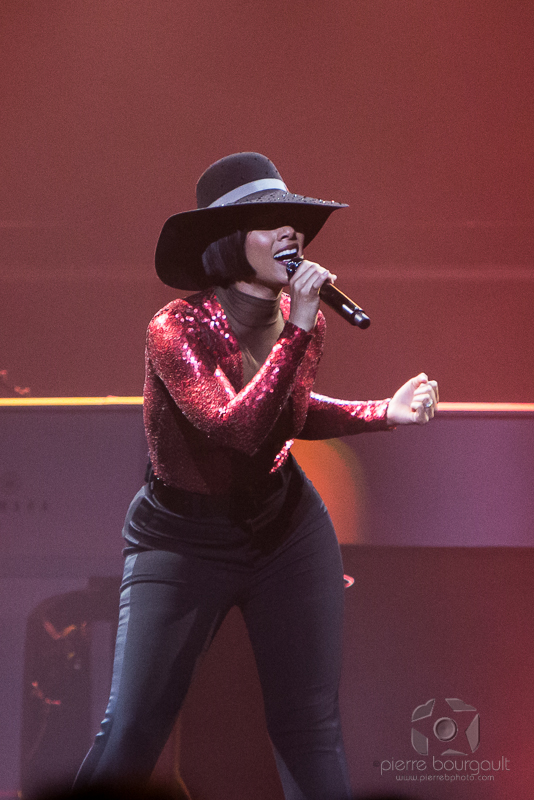 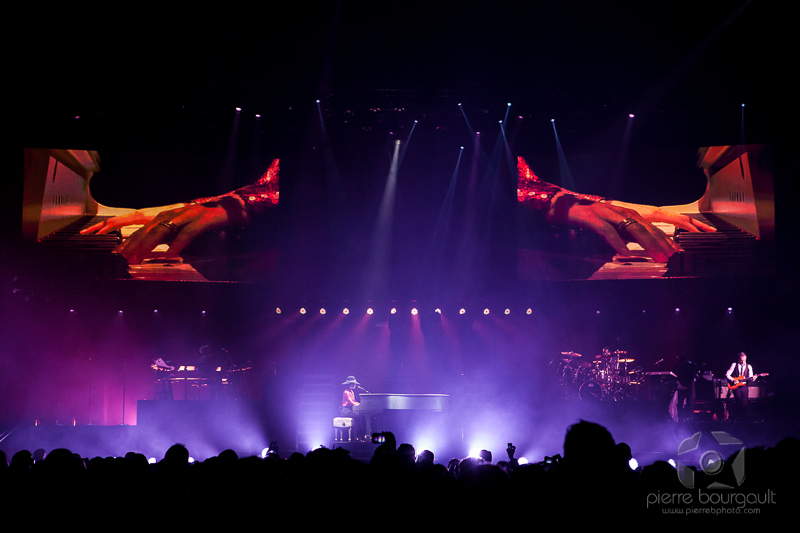 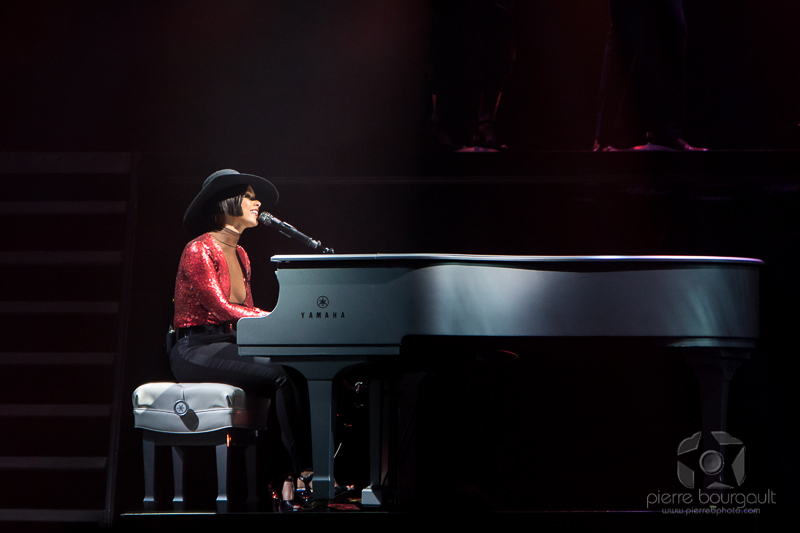 For the full image set and a review of the show, make sure to check out Cornershop Studios!