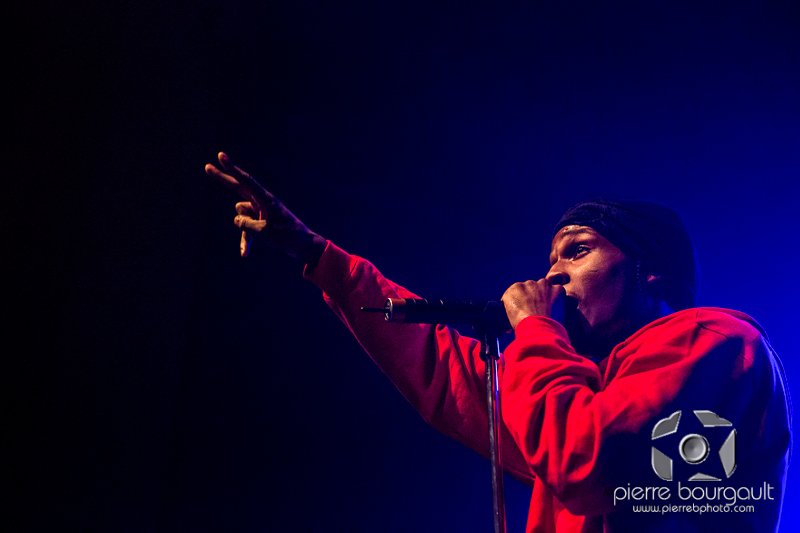 This was an odd one. The doors were at 7pm, opener at 8pm and A$AP on stage around 9:15pm. I only got my OK to shoot around 7:30pm. While I was given the option of dropping the show, I figured my friend with whom I was having coffee with wouldn’t mind (and she didn’t… merci!)

I got there around 9 and went straight to the pit. And woah… it was empty! A show photographer’s dream, you are alone with 3 security guys in the pit! Happy I made the choice to come down hehe.

The stage setup was a bit annoying for me. Instead of the occasional sound monitor on the stage blocking my view, 98% of the stage was covered with them, with no gaps, and a camo blanket thrown over them (for good measure I guess?). There were open spots on either side, but seems that each time I waited for A$AP to come by one side, he went to the other. We had this little cat and mouse game going for a few minutes until I finally caught him along the sides for a full body shot. Ok, I was probably making up the cat and mouse game. I do that often. Make things up. In my head. Alone. 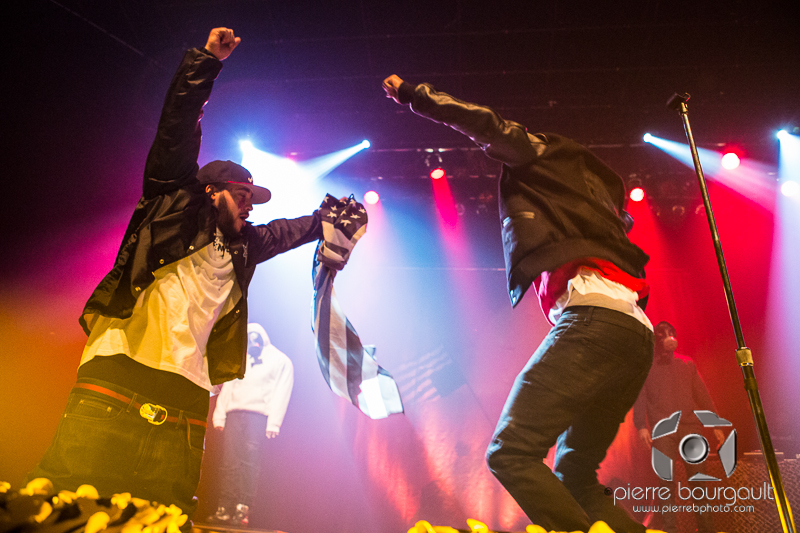 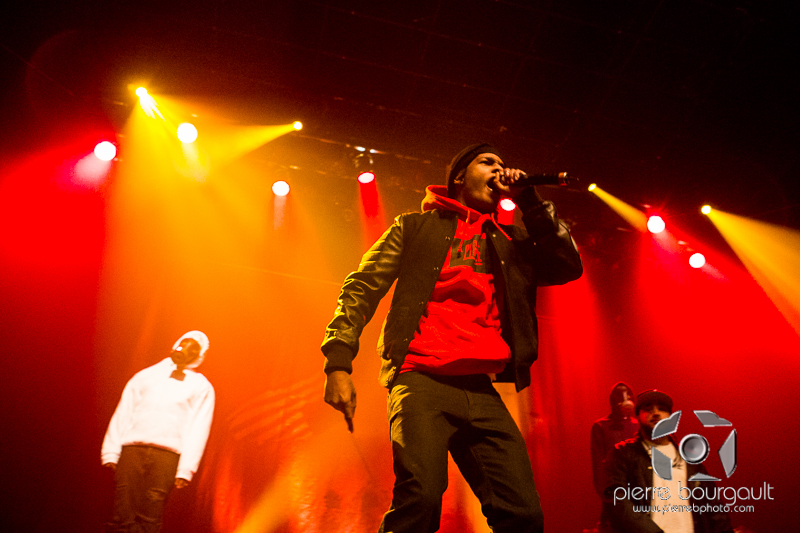 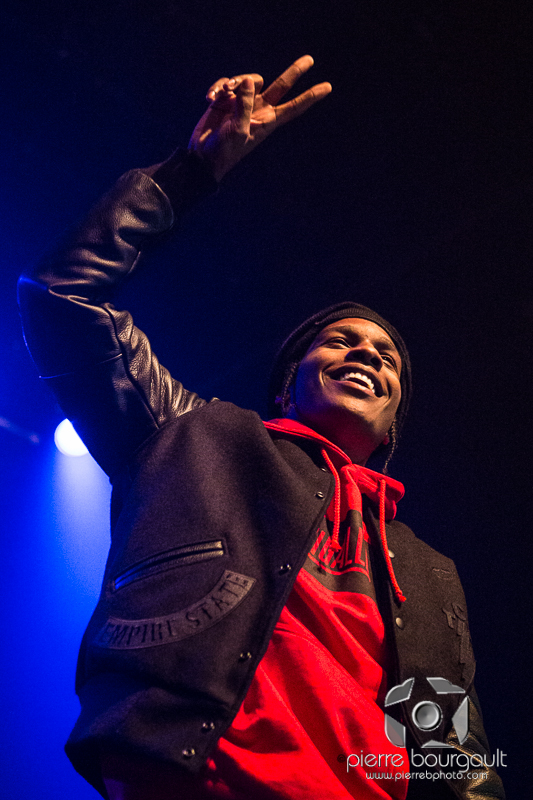 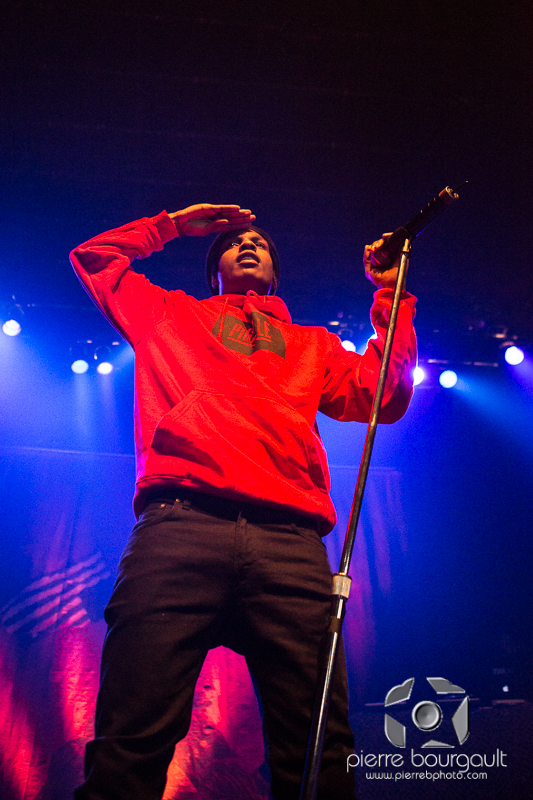 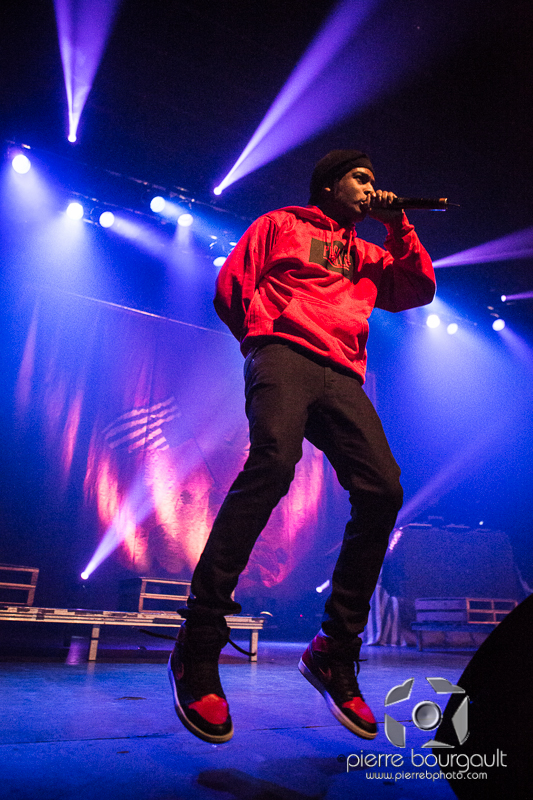 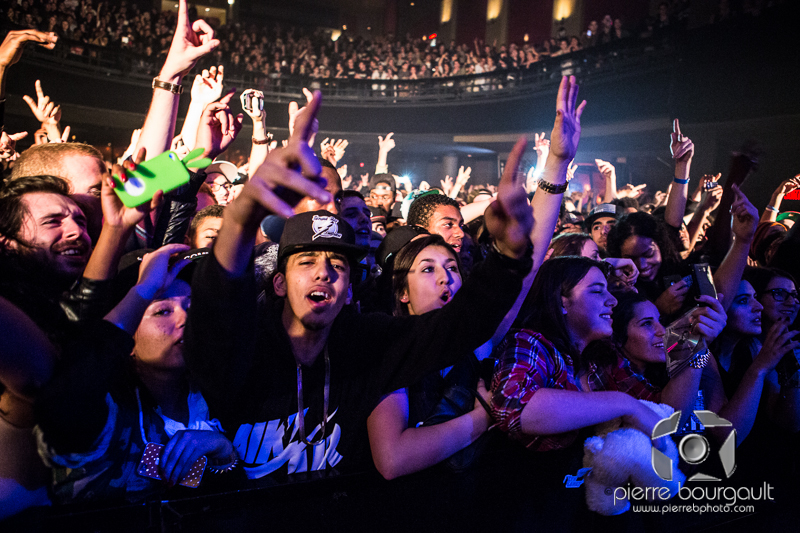 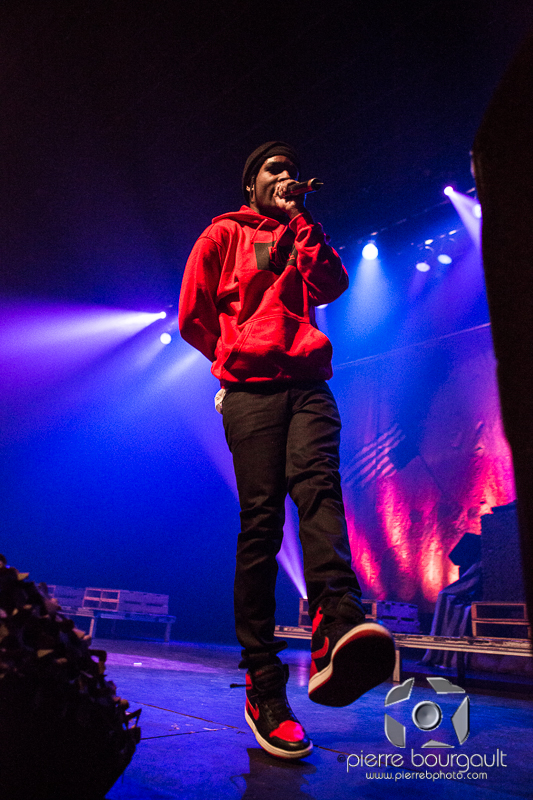 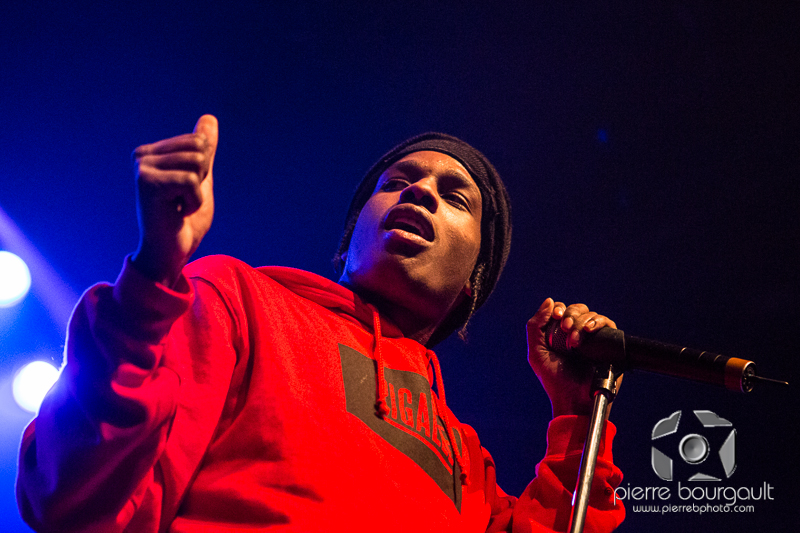 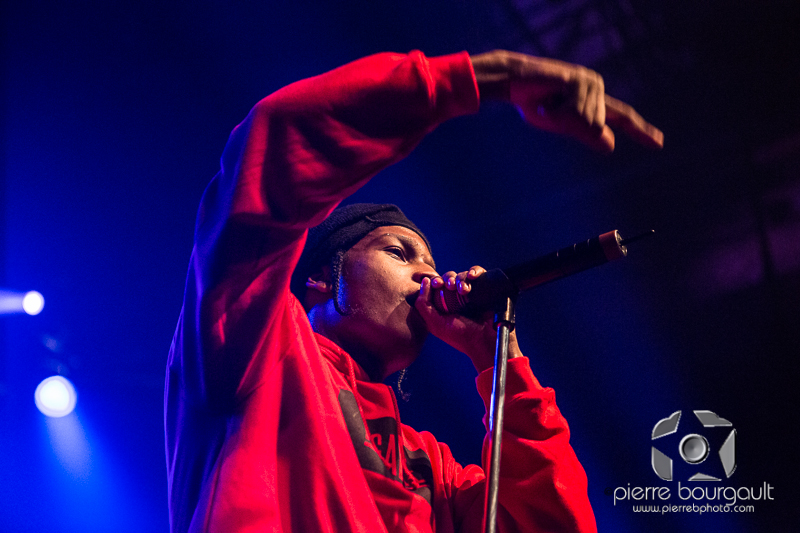 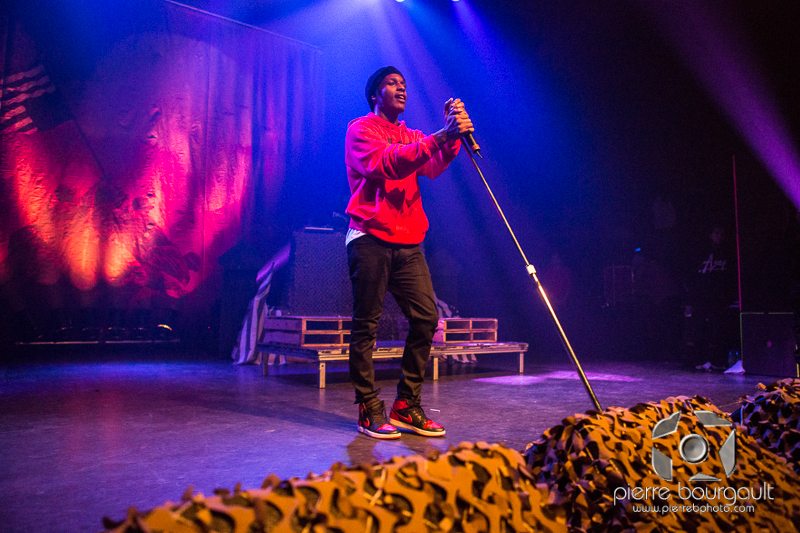