175 bands shot in 2012 (which included 26 alone during the 2012 Osheaga festival). Hope to make it to 176 by the end of the year with Alexisonfire’s farewell show this weekend.  Pretty damn busy year me thinks.  Some bands were great on stage, some sound better on their CD.  ‘Tis the way the cookie crumbles.  From shooting up and coming punk bands in bars with 10 people in the audience, to some rock legends in arenas and outdoor festivals, hip hop to metal and everything in between (and some things I’d rather not shoot again!), the top 4 was actually pretty easy for me to come up with.

I feel like tipping my hat to some of the standouts for me personally this year, and not all in terms of photos… 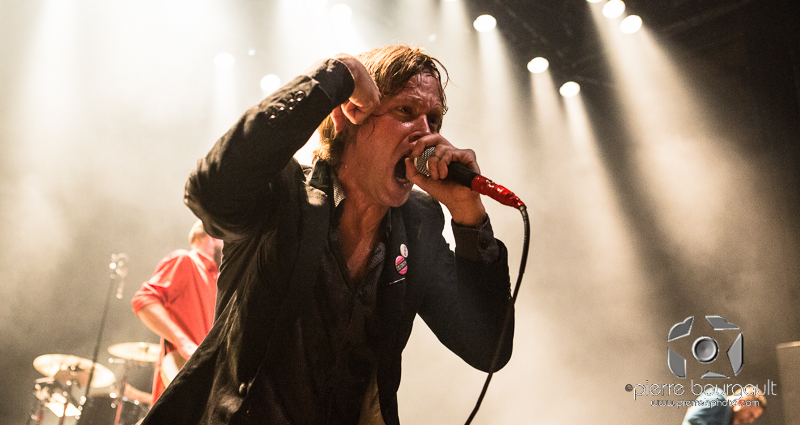 After being away from the stage and studio for over 10 years (they broke up in 1998), I was so psyched to hear that they were getting back together and booked a show at the Metropolis.  They did not disappoint.  Photography wise, it wasn’t the best, but who freaking cares… it’s Refused!!  There is a reason why I love live music, and seeing Refused live pretty much sums it up.  High energy, powerful songs and a crowd that is just waaaay into the music.  And looks like I was in luck as they announced that they have broken up again, as they wished to finish their band’s career on a high note.  December 15 2012 was their last show.  Sad to read, but this show will probably be in my top for a while.

You can read the show review on Cornershop Studios, as well as see the full gallery of images. 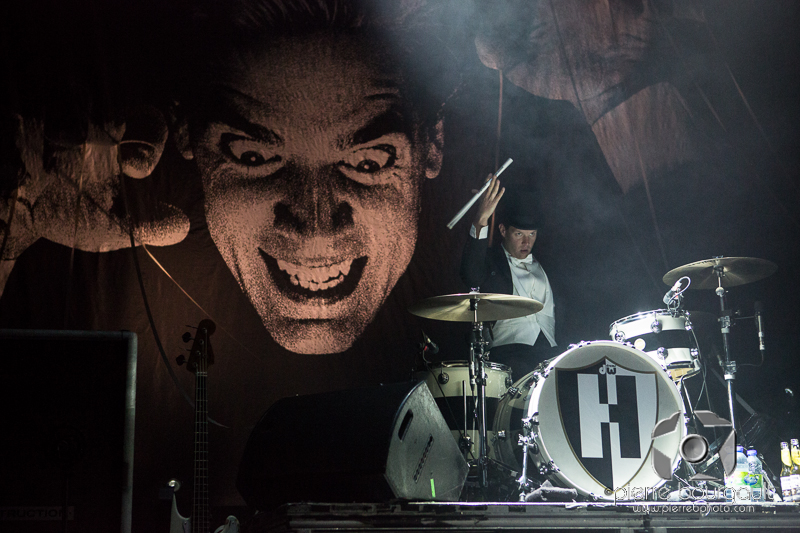 Funny how two of my top shows of 2012 are both Swedish bands.  And my fave character on The Muppets is the Swedish Chef.  Odd.  Their “Tyrannosaurus Hives” album has had regular play in my earphones for a while now.  And having never seen their black and white matching suites on stage, I was pretty damn excited for this one.   They gave me some of my favorite photos from 2012, as hectic as it was shooting a band that is just running all over the place having fun on stage.  I can’t wait to see them live again.  They are in town opening for P!nk in a few months, I’m thinking of just going to see them 😉

Show review and full image set up at Cornershop Studios 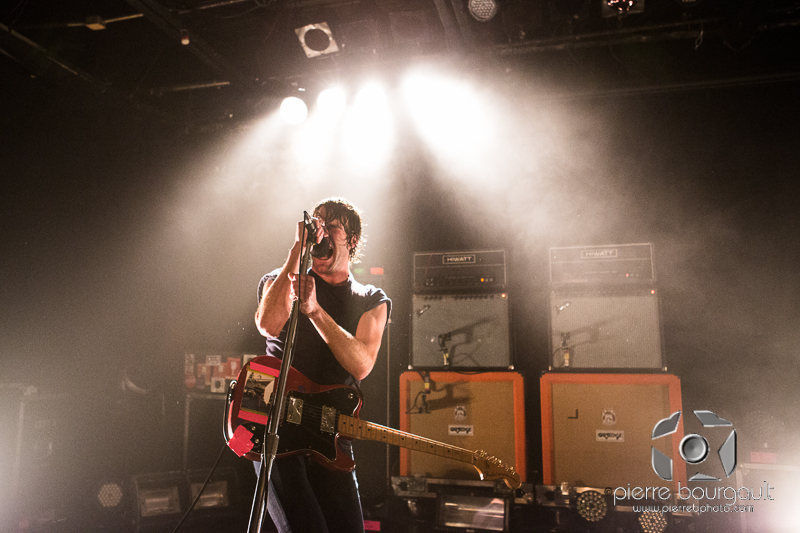 I started listing to this Canadian noise rock duo earlier this year and have loved their music.  Something amazingly catchy about their music.  Even the cold and the fact that their show in town was a Monday night didn’t stop the venue from selling out.   Brian King’s voice was pretty shot at the end of the night, a testament to how intense their shows can be and that they are near the end of a really long tour.  I know they will be back in town, and I know they will be in a bigger venue, and I know I will be there again.

Full review not yet posted, so have a gander at the few Preview images that I put up last week. Oh yeah, pimping myself with my links. 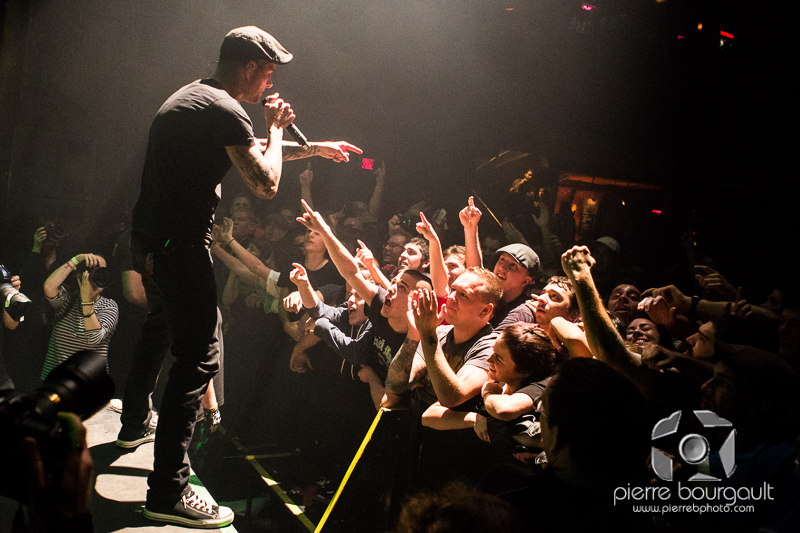 I missed these guys the last few times they came to town and I wasn’t too happy about it.  Their shows are legendary for drinking and having a good time (kinda sounds like me … kidding).  Sure, their lyrics aren’t the most profound and their music is pretty straight forward, but holy crap they do it so well!

Preview images for this show as well… will update with full set when I can. 😉

*Notable mentions to some other awesome shows during the year: Trivium (best metal I’ve seen) ,  St-Vincent & David Byrne (for the great mix of talent), Crystal Castles (their music was intense), Public Enemy (for their nostalgia factor).

On top of the pure intensity and fun you can have at a show, I also love discovering bands that I never heard of.  In some cases, they are already well known and I am just behind the times, in other cases, they are up and comers just breaking through.  Here are the two standouts from 2012. 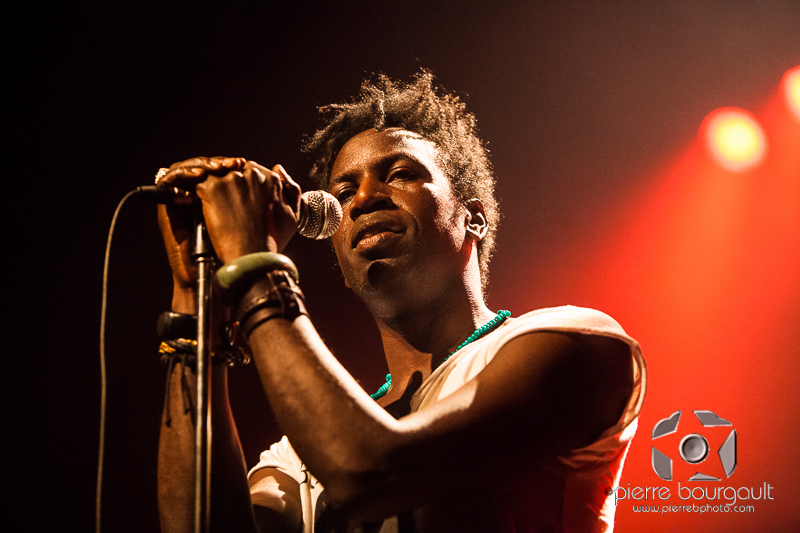 Best way to describe Saul Williams is industrial hip hop.  Kind of makes sense, he has close ties to Trent Reznor.  Some call it alternative hip hop.  Whatever the label you want to put, the guy is a poet.  He was doing spoken word between his songs.  He has been around since the mid 1990’s, I guess it is never too late to discover something different and interesting.  Photography wise, not much going on on stage, no portfolio images, very low light shooting at times, but just goes to show that sometimes, you don’t need great imagery and pyrotechnics to put on an incredible show.  I must point out that this was my first show with my new cameras, the Canon 5D3 and I absolutely loved it.  For you tech heads, the shot above was done at ISO 12,800 and only some very slight noise reduction in Lightroom.

Images and show critique at Sorstu.ca . 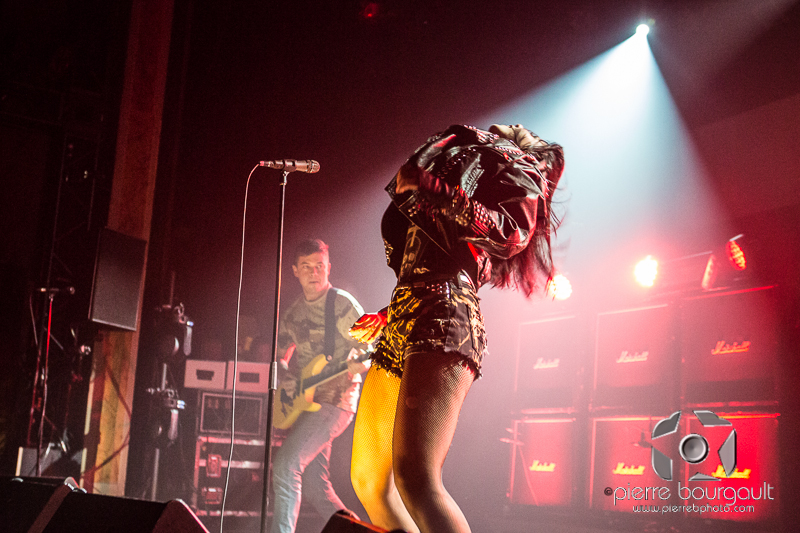 I had heard the name, but never really listened to them.  Maybe because their band name made me think of Christmas music.  Bleh.  Let’s just say that after seeing them live, they are anything but Christmassy.  Was pretty hectic shooting them as they have a huge number of strobes going off, and when there are no strobes, it’s dark.  Always funny to see someone on stage and then read that she used to teach Spanish and sang at weddings for fun.  Love it how people can have such diverse and interesting lives.   Music wise, they are labelled by some as noise pop.  What it is live is just way too freakin loud.  As Motorhead is one of the loudest bands on the planet, I think Sleigh Bells is on their heels.

Kinda figured a year recap post wouldn’t be complete without my fave shoes from 2012.  Not sure if I’ll keep up this trend in 2013, but if I don’t, I’ll definitely find some other detail to pick out during a show 😉 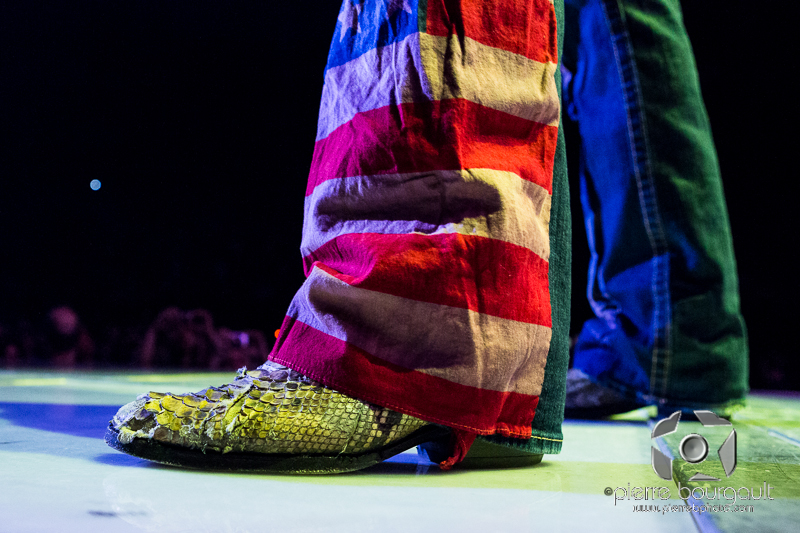 And if we are talking about classic, Flavor Flav’s neon yellow sneakers are making the cut 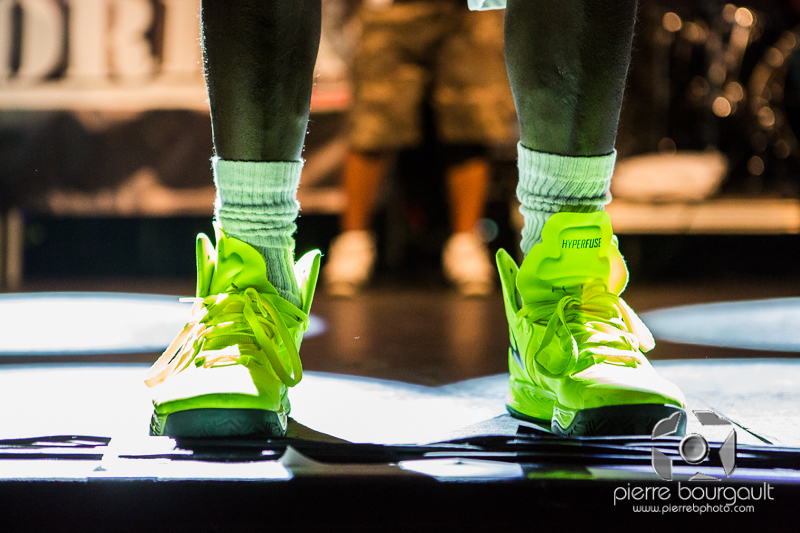 The women on stage always have awesome footwear.  St-Vincent was totally styling at her show with David Byrne at the Eglise St-Jean-Baptiste this year. 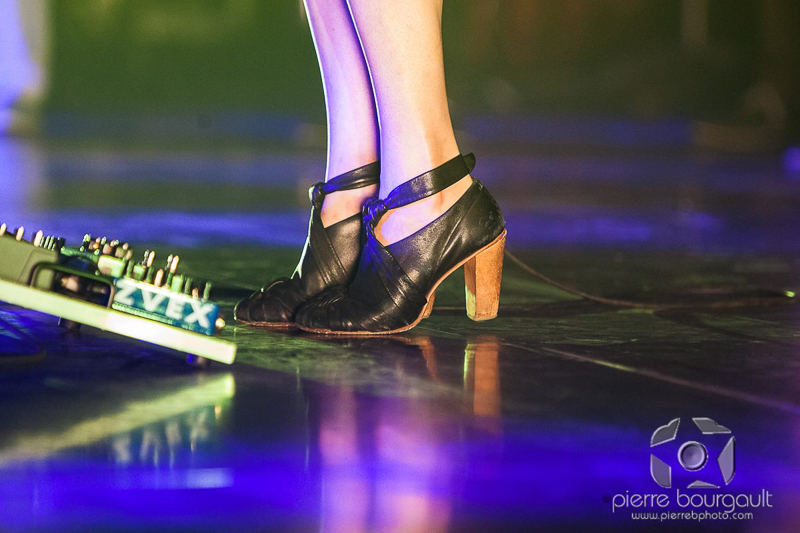 !!Have a great holiday season!!